A Pittsburgh TV station is apologizing, but this was kind of a good bit. 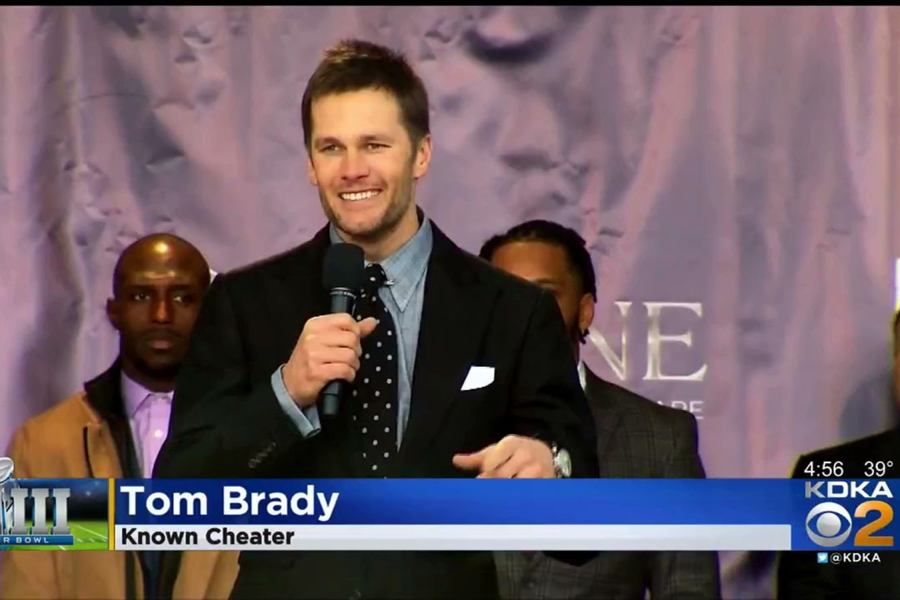 You gotta give credit where it’s due: The “Known Cheater” gag that rocketed around the internet this week after whoever runs the graphics at Pittsburgh TV station KDKA used the insult in a chyron under Tom Brady during Super Bowl media night, was pretty good. Wrong, clearly bitter, and another example of the fact that everyone hates the Pats who ain’t the Pats, but all in all a pretty funny prank to pull off.

But it turns out it was a little too funny for the folks in charge of the CBS affiliate. After photos of the stunt picked up steam on Twitter and other platforms, all the attention has forced them to respond: The employee responsible for it has apparently been fired.

“While fans are entitled to have personal opinions, we have a journalistic responsibility to provide unbiased reporting,” the station said in a statement to the website for Sports Illustrated. “The graphic that appeared Monday violated our news standards. The individual who created the graphic no longer works for KDKA-TV.”

The (probably unnecessary) firing comes not long after another anti-Brady figure got himself some internet fame: 10-year-old Ace Davis, of Lexington, Kentucky, who as was widely reported this week won his local science fair for a project answering the question, “Is Tom Brady a Cheater?” According to Davis, who used science to analyze deflated footballs and so on, he is.

And you know what? I’m happy for him. Another solid bit, and an educational one at that (even though grown-up scientists have come to a different conclusion). He deserves the hype, and the medal.

See how easy it is to just laugh it off? Someone get that memo to Pittsburgh.

Update: Turns out the employee, identified by Deadspin as 27-year-old Michael Telek, is a Brady fan. “I love Tom Brady, I think he’s the best,” he tells the site. “It was supposed to be a little wink for all the Steelers fans. But apparently it went too far.” Telek says he’s already looking for a new job and plans to place a bet on the Pats to win the Super Bowl.