Robert Kraft’s Lawyers Are Accused of Lying in Court 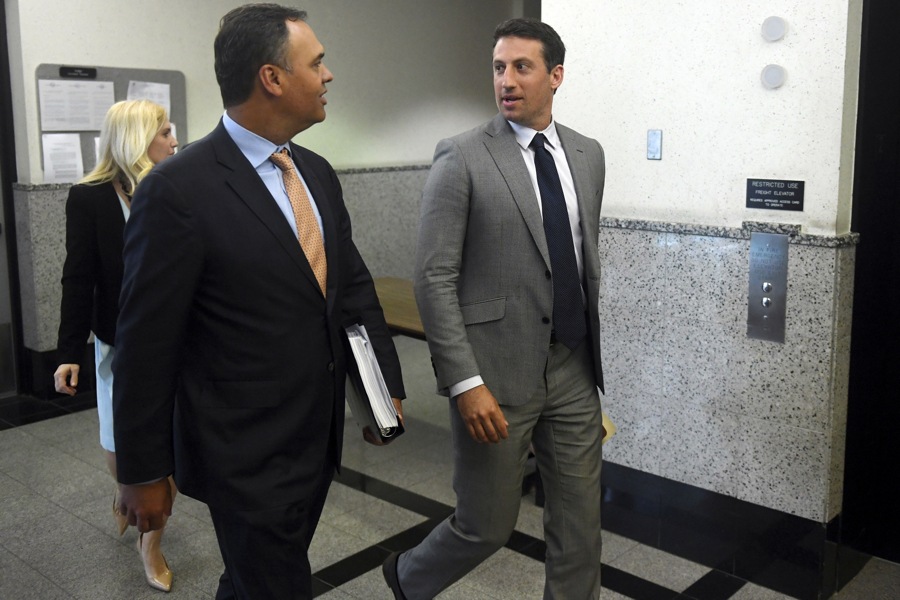 In a new twist, prosecutors are now alleging that the Patriots owner’s lawyers lied in court, and they’re asking a judge to hold them in contempt.

Assistant State Attorney Craig Williams filed a motion Tuesday accusing attorneys Alex Spiro and William Burck of lying. He wrote that Spiro lied when he claimed to have overheard a Florida police officer saying he would “make some shit up” to justify pulling over men seen Orchids of Asia Day Spa in Jupiter, Florida, in order to identify them.

“Spiro repeatedly challenged Officer [Scott] Kimbark with accusations that his body camera had recorded him telling another officer during the stop previous to that of defendant Kraft that the lack of probable cause for the stop did not matter because he will just ‘make some shit up,’” Williams wrote.

But prosecutors say that wasn’t true, and claim the body camera footage did not contain such a statement. Williams accused the lawyers of presenting “evidence they knew to be false” in court, and also accused Spiro of confronting Kimbark in a hallway outside the court, referencing the supposed evidence, and asking the officer to keep police witnesses from testifying.

The lawyers are pushing back, denying the allegations and calling the motion an “act of desperation” in a statement to the press.

It’s an act of desperation by the State Attorney Dave Aronberg. They know what they filed is false and misleading to the court but they did it anyway because they are desperate. That’s because they want to deflect attention away from their illegal and unconstitutional methods in investigating and prosecuting this case. They first falsely accused Robert Kraft of being involved with human trafficking and then had to back off. Now they are falsely accusing the defense lawyers of lying to the court. It’s pathetic. But it takes a lot more than State Attorney Dave Aronberg and the lawyers he’s got in court to intimidate Quinn Emanuel lawyers from doing their jobs in a vigorous and ethical manner.

The latest kerfuffle comes as Kraft’s team is fighting to prevent the release of video footage that allegedly shows the billionaire paying for and receiving sex acts at the Florida spa. They have also tried to cast doubt on the way Florida authorities conducted their investigation, and criticized earlier assertions, since walked back, that Kraft’s alleged actions were linked to human trafficking.

Kraft has pleaded not guilty to two misdemeanor counts of soliciting prostitution. He has also said he is “truly sorry.”