On its 350th Birthday, 10 Things You Didn’t Know about Boston’s Old South Church

Including a Salem Witch Trials apology, the most expensive book ever sold, and "The Leaning Tower of Boston." 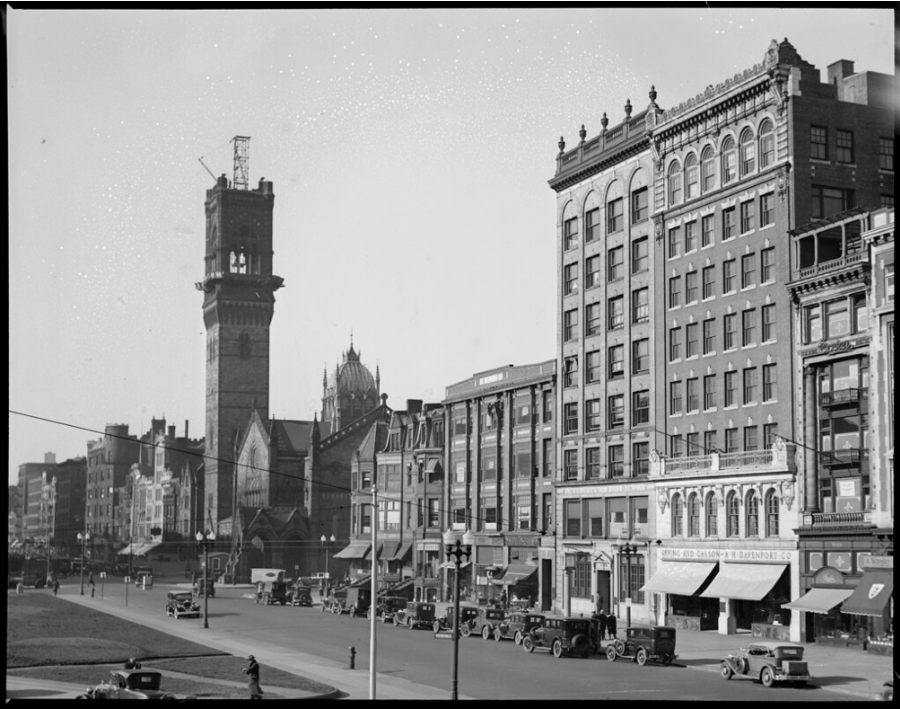 Stick around anywhere for 350 years, and some interesting—and downright strange—things are likely to happen. Such is life for the Old South Church, a Boston institution that is celebrating that milestone this year.

“The average lifespan of a church in the United States is something like 75 years. We have 350,” says Rev. Nancy Taylor, OSC’s senior minister. “Three-and-a-half centuries of a people, a congregation, and an institution navigating revolution, epidemic, natural disaster, financial crisis, war, and bigotry. Part of what interests us is watching our forebears navigate these things and trying to learn from them.”

All that history is woven into the DNA of the congregation, which was once based in the Old South Meeting House and now occupies its iconic Gothic Revival church in Copley Square.

A big birthday celebration is underway (the church calls it a “Jubilee”), and a bash on Sunday will feature both historical re-enactors and Keytar Bear. So as OSC looks back, here are some things you might not know about the ancient congregation.

It had a “Leaning Tower of Boston” 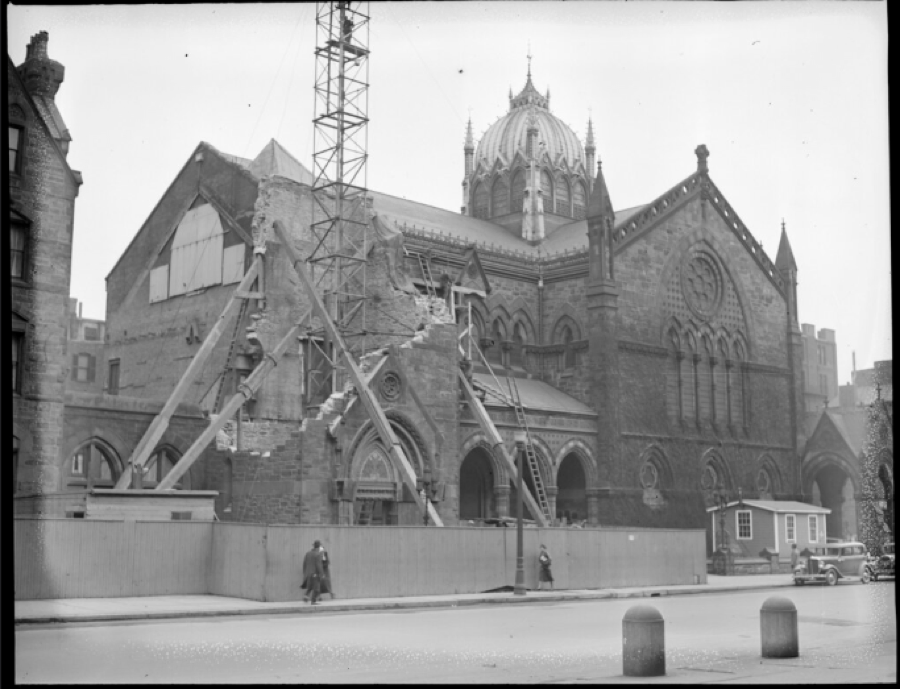 The church moved to its current location in Copley Square in 1875. But it soon became clear that something was very wrong with the giant rectangular bell tower that was its centerpiece. It was tilting, reportedly by three feet. It was so obviously, shockingly off-kilter that it had a nickname: “The Leaning Tower of Boston.”

So in the early ’30s, it was demolished, and replaced with the one that stands there today. The new version is lighter, has a more secure base, and is several feet shorter than the original. It’s also arguably less cool, but at least this one won’t fall over and kill anyone.

One time the MBTA almost broke it 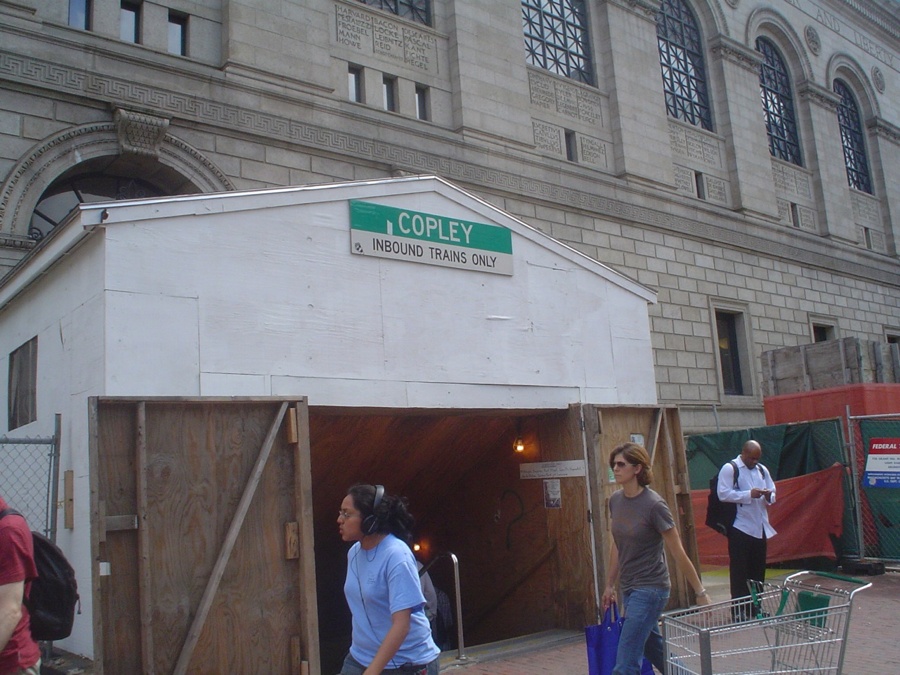 In 2009, a construction project on the MBTA’s Copley stop caused a panic when the vibrations sent a crack up the side of the church building all the way to its roof, causing a serous threat to the landmark. The T ultimately agreed to pay for the damage, which involved sealing up the crack and reinforcing the walls. So thanks to all that work, it’s apparently sturdier than ever. 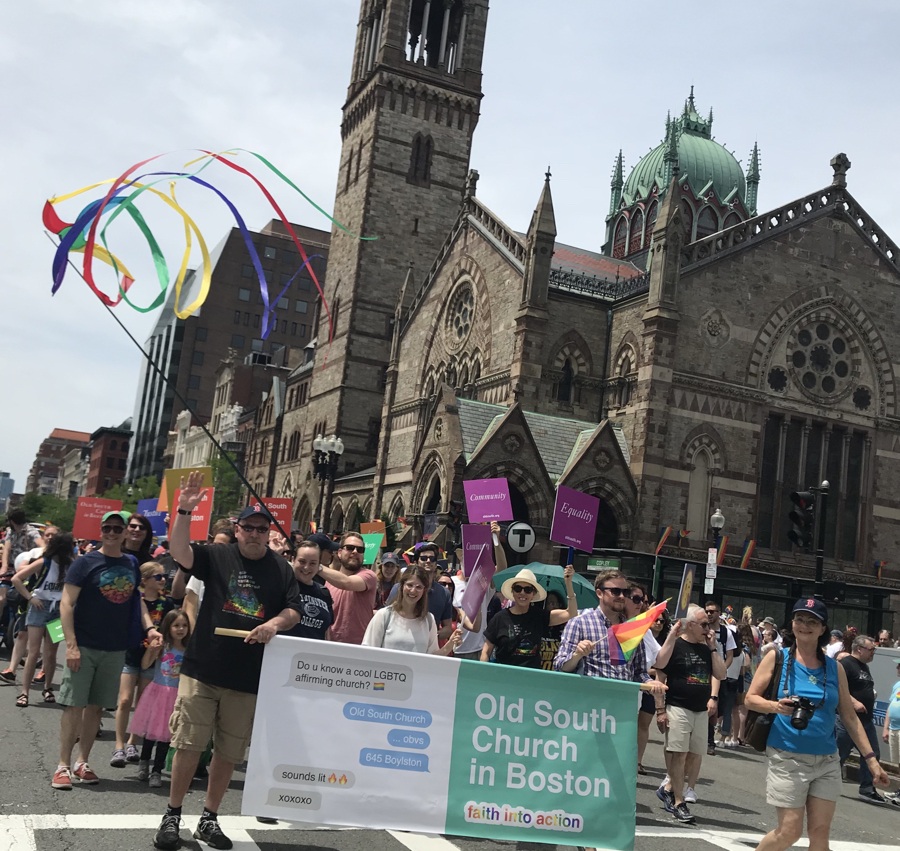 Old South Church is vocal about its support for the LGBT community, with a loud and proud presence at Pride and rainbow flags adorning its entryways. It made history in 2004, the year Massachusetts became the first state to legalize gay marriage, when it was the first Christian church in the city to officiate a legal same-sex wedding. Two of its members, Michael Horgan & Edward Balmelli, were also plaintiffs in Goodridge vs. Department of Public Health, the 2003 Massachusetts Supreme Judicial Court ruling that ended the ban.

It sold the world’s most expensive book 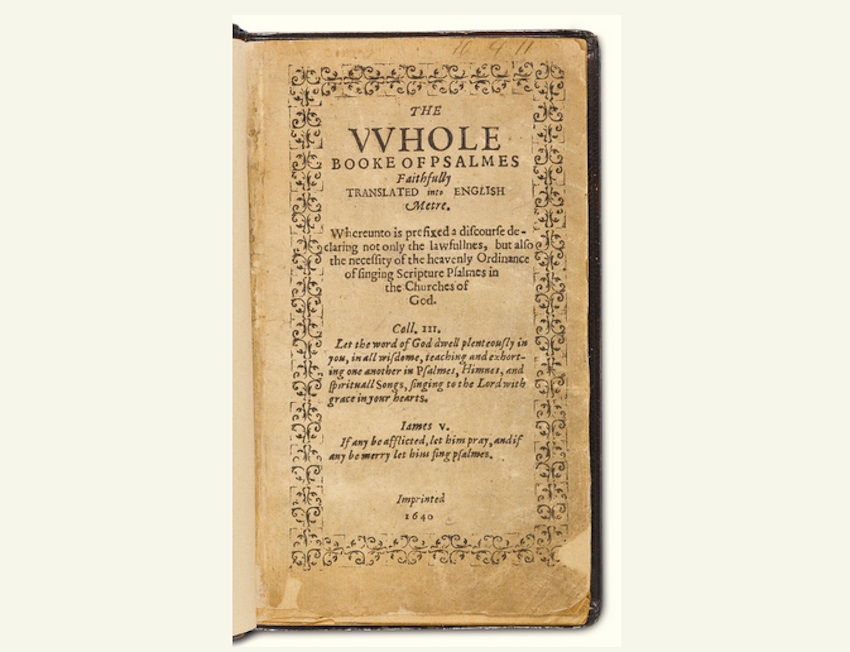 Printed in 1640 in Cambridge, the so-called Bay Psalm Books are believed to be the first ever printed in the Colonies. Only 11 copies are known to exist in modern day, and until a few years ago, Old South owned two of them. It sold one in 2013 to billionaire David Rubenstein for $14.2 million—the most expensive book ever sold at auction. And according to the church, the one it still keeps in its collection of rare books at Boston Public Library is in even better shape, so it’s theoretically even more valuable.

Its anti-racist credentials date back to 1700 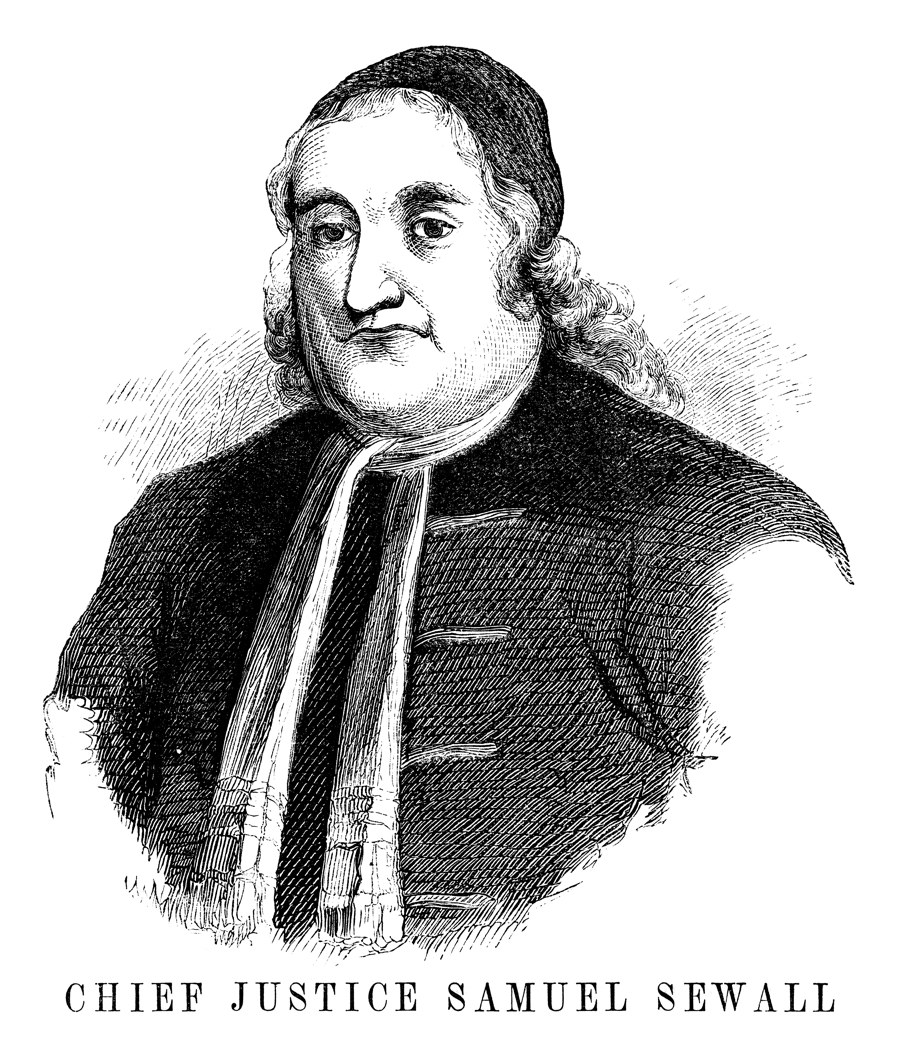 Advocating for racial justice is part of its mission now, as you may know. But Old South earned its anti-racist bonafides long ago. All the way back in 1700, lay member Samuel Sewall wrote the first-ever abolitionist tract published in the Colonies, called The Selling of Joseph.

Sewall is probably best known for his role as a judge in the Salem Witch Trials, which saw 14 women and 5 men put to death. Sewall later apologized for his role in the hysteria. In a message to the congregation after the dust settled, he asked for forgiveness and said he would accept “blame and shame” for his actions—which other Witch Trial judges never did. A mural at the State House, called The Dawn of Tolerance in Massachusetts, commemorates the moment.

An Old South minister almost died in the Civil War, then got back at it 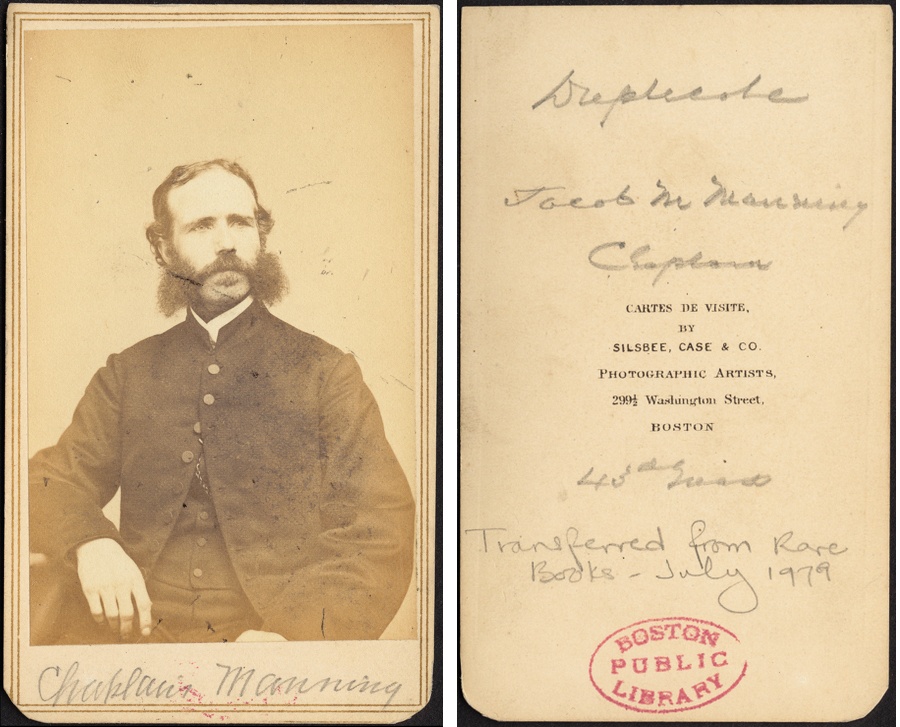 Carte de visite, front and back, via Boston Public Library

In the midst of the Civil War, Old South Church served as a recruiting ground for soldiers, and when a thousand men were about to head south, they asked the Rev. Jacob Merrill Manning to join them and serve as a chaplain. Down on the front lines, he contracted malaria and it just about killed him, researcher Pamela Guye Holland writes in a report on his exploits. “However,” she writes, “he was able to recover and by the end of the year was once again preaching at Old South.” Now that is commitment. 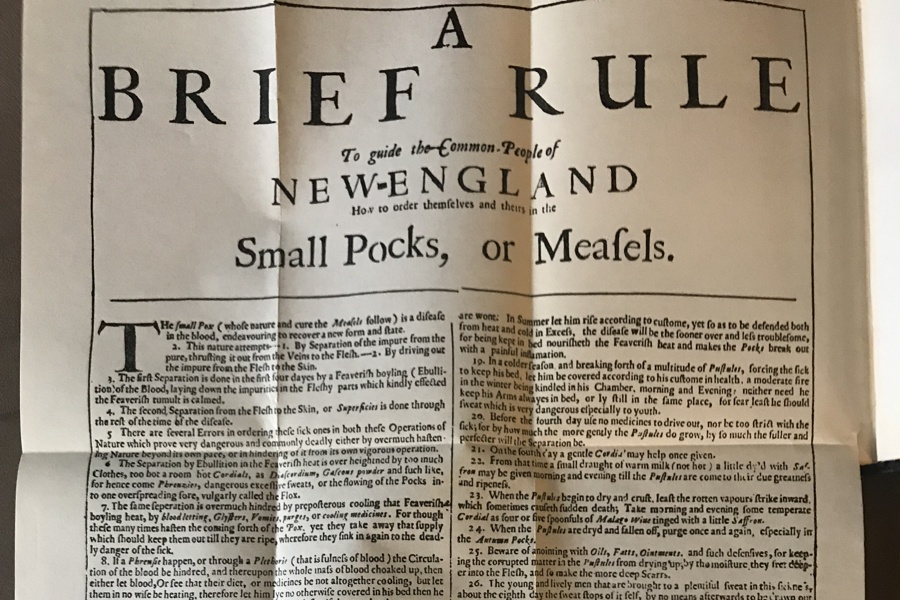 Back in 1667, smallpox was on the rise—and not for the first time. So to fight back, Old South’s first minister Thomas Thatcher printed a message on how to treat, detect, and avoid the disease. Basically, it was the first medical PSA, and it worked. “It was a great success and was published repeatedly,” say researchers at the Colonial Williamsburg Foundation, adding that the public response to the smallpox epidemic, including Thatcher’s, “sparked the beginning of the concept of preventative medicine with the inoculation and later vaccination against the disease.”

The founding father was among the many well-known early Bostonians who were members of the church. He was baptized on January 17, 1706 inside the Cedar Meeting House, which was the church’s first home. Old South still owns the ledger his parents signed that day, and modern congregants like to celebrate the occasion:

They’re willing to get arrested for a cause

Clearly, Old South takes its mission seriously. As demonstrators gathered in Washington to protest Congress’ ill-fated push to repeal the Affordable Care Act in 2017, the Old South Rev. John Edgerton joined them, and, in an act of civil disobedience, was one of 47 people arrested at the scene (he was charged with “incommoding”).

There are other historical tangles with the cops in OSC’s past, including the arrest of several people during its early days who had run afoul of the government in building the Cedar Meeting House. Parishioners now joke that Edgerton was the church’s first minister to be arrested “on purpose.”