Gaze Upon the Chunky Clam Chowder Popsicle and Despair 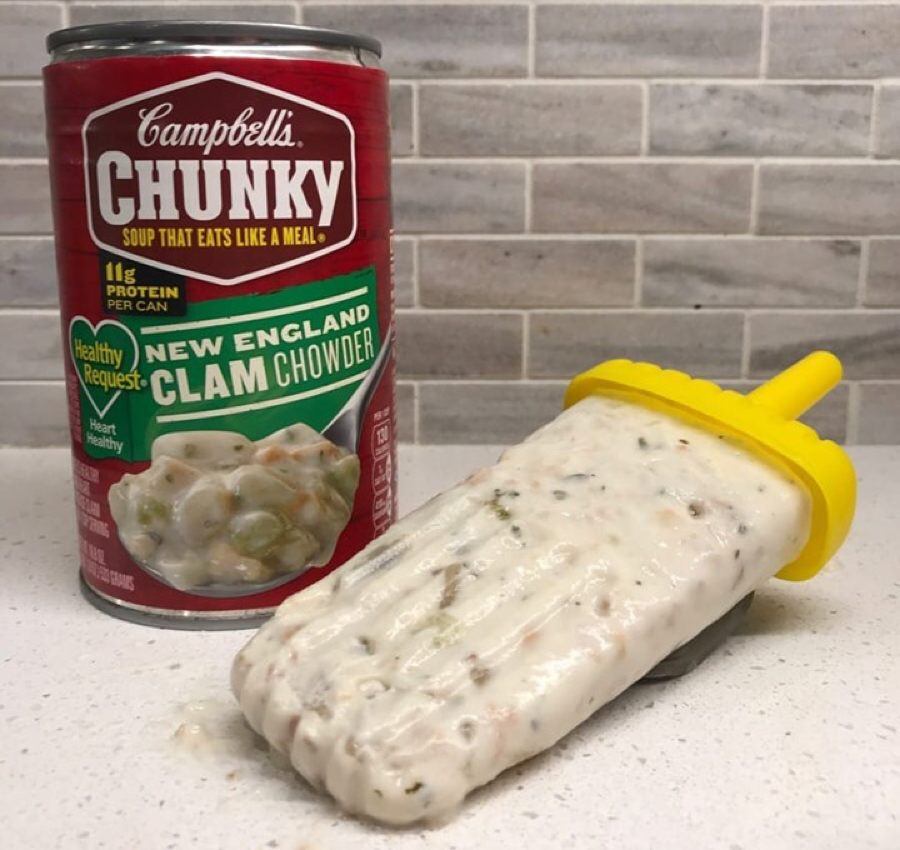 As warm and sunny days roll into Boston, good things abound. The cold, trash winter is fully behind us. The soggy, rainy trash spring has nearly come and gone. Beaches, beer gardens, and patios beckon. Richie’s Slush is back.

But a darker, more sinister force has also been awakened, apparently. Ladies and gentlemen, I take no pleasure in reporting this, but here you go: Introducing, the chunky clam chowder popsicle.

It has apparently been making the rounds the past few days, but a photo of the cursed frozen soup appeared on the Boston Reddit page on Wednesday, which is where I saw it. And now you have to see it, too. You can thank the user ignenrintegra for posting the image, which rocketed to the top of the Boston-focused subreddit by Thursday morning.

Not since Fenway park’s clam chowder poutine has New England’s signature dish been so abused. Not since the cold hot dog pie has a more distressing chilled food recipe been posted online.

The responses on Reddit to the clamsicle pretty much summed it up. “I will spend 10 whole minutes in the red line rather than eat that,” one person wrote. “I’m calling the FBI,” wrote another.

Why would anyone make or eat this, let alone share photo evidence of it with the rest of us? I reached out to ignenrintegra to find out. “I did not make or eat the thing,” the user, who declined to be identified, tells me in a Reddit direct message. “My friend made it. I have no idea why she did it.”

So there you have it. Now we’re in this together.

Need a palate cleanser? Here are some actual gourmet popsicles you can find around Boston that don’t make your very soul wretch and scream!