Mass. Board of Medicine Revokes License of Doctor Arrested with Cache of Weapons

His car, parked at the home of his estranged wife, was packed with assault rifles and ammunition. 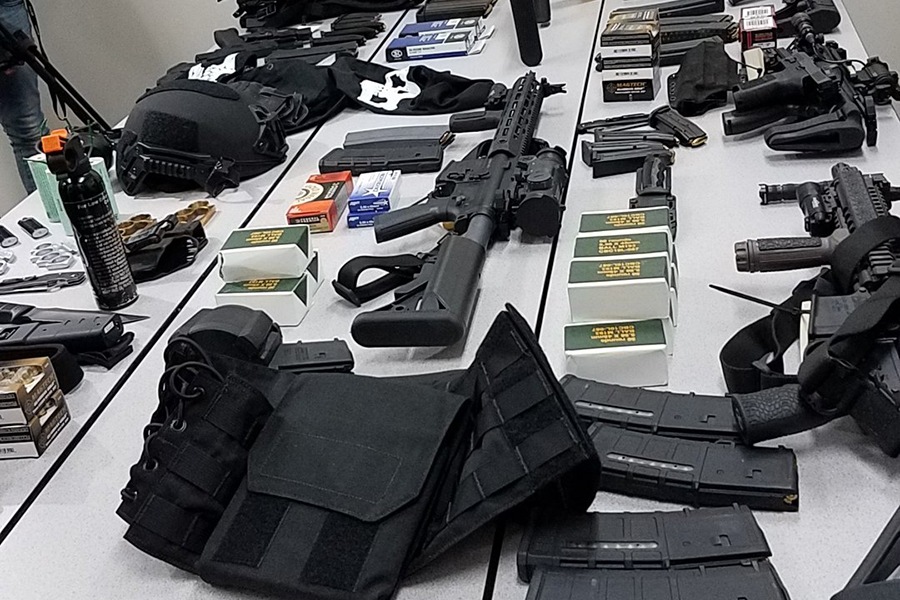 Dr. Matthew J. Bonnano was given the green light to practice medicine in Massachusetts just this last March, but after police in New York discovered an arsenal of illegal assault weapons and firearms accessories in the doctor’s home and car, the Massachusetts Board of Medicine held an emergency meeting Tuesday and suspended his license.

Bonnano was arrested at a New York bar earlier this month, according to the board’s statement of allegations. A tipster reportedly called the police after he overheard the plastic surgeon saying that he was going to kill his estranged wife and her family, and when the police arrived, Bonnano was found to be in illegal possession of a loaded semi-automatic firearm. A search of his vehicle—which was parked outside his estranged wife’s home—uncovered five loaded assault rifles, three handguns, 29 high capacity loaded magazines, a stun gun, over 1,600 rounds of ammunition, heavy ballistic body armor and a helmet, handcuffs, face masks, military-style knives, brass knuckles, pepper spray, and scopes and binoculars.

He was arraigned in Tuckahoe Village Court on several counts of criminal possession of weapons charges.

Bonnano’s estranged wife, Marianna Soropolous, unexpectedly appeared in court to show support for her former husband. “She reached out to me and she said, ‘We spent the whole day together. There were no problems. Afterwards, we went out to dinner with my daughter. No problems,’” Paul Gentile, Bonnano’s defense attorney, told CBS New York. However, the Westchester district attorney’s office alleges that Bonnano has a history of making threats toward Soropolous, including threatening to snap her neck.

Bonanno was licensed to practice medicine in Florida, New York, and Massachusetts. He submitted his license application to the Massachusetts Board in October (and, despite the application’s requirement that applicants disclose any criminal offenses, failed to mention that he had previously been arrested for driving while intoxicated). His application was approved March 13.

The Massachusetts Board of Medicine can discipline a physician if a majority of the board agrees that the doctor in question “lacks good moral character” and has behaved in a way that “undermines the public confidence in the integrity of the medical profession,” according to the statement of allegations.

“Based on his recent criminal charges, the Board determined that Dr. Bonanno represents a serious threat to the public health, safety, and welfare,” the Board said in a statement.