Congrats to 2019 College Parents: You Only Had One Storrowing

The icing on the cake for a relatively orderly move-in weekend. 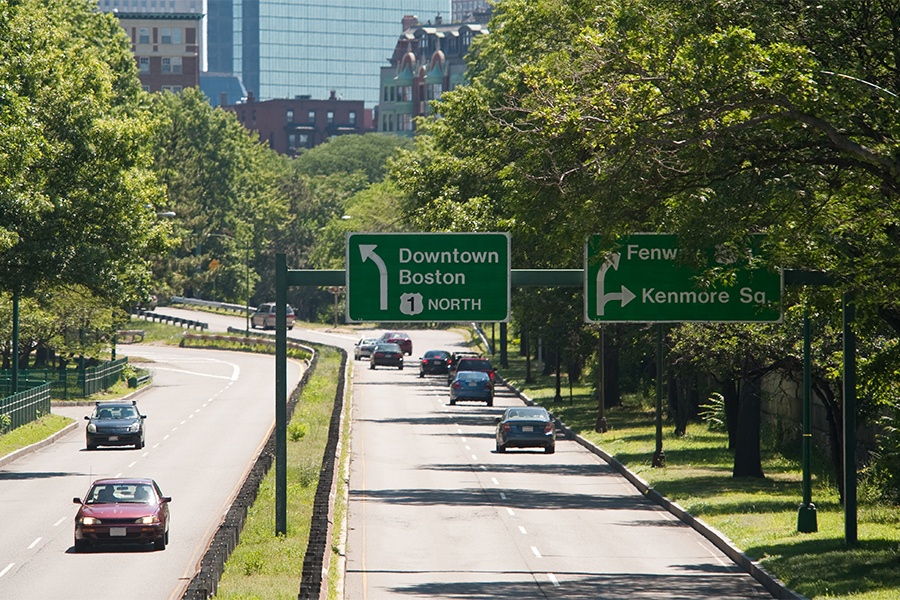 Undergrads, out-of-town dads, U-Haul drivers young and old: Thank you. The sun has set on yet another September 1 weekend, and the bridges of Storrow Drive have emerged relatively unscathed.

While Boston’s notorious moving day has unleashed roof-smashing destruction in years past, it appears that only one truck fell victim to Storrow’s slightly-too-short bridges this time around. The incident, which occurred in the final hours of the long weekend, involved the Silber Way Bridge (located between BU and Kenmore) and a Penske moving truck that was inexplicably facing eastbound in a westbound lane. Photos show that the truck’s roof sustained some minor damage.

Perhaps it was the city’s public awareness campaign; perhaps it was the #storrowed public shamings that emerge each year on social media—but it seems that most people knew not to ram trucks full of their prized possessions into our highway infrastructure this year.

So what was everyone doing instead? Just driving responsibly around Allston:

Disposing of their trash in a lawful and respectful way:

A post shared by The View Outside My Window (@theviewoutsidemywindow) on Sep 2, 2019 at 4:16pm PDT

The evolution of #AllstonChristmas, starring the dumpster behind my bar. This happened in a matter of hours… god bless us everyone. @allstonratcity @MayorOfAllston @allstonrats #HomeSweetHome pic.twitter.com/46PYjkl053

And enjoying the spoils of the Allston Christmas season, from the big-ticket blessings:

It still works perfectly too. pic.twitter.com/Y4oF601xfL

To the small things:

Today’s #AllstonChristmas offering in my neighborhood is this bootleg Everything But The Bagel seasoning. pic.twitter.com/HyAN84P4kA

A hearty thanks to all who helped keep this weekend calm, bright, and relatively chaos-free. We hope you had a merry Allston Christmas, and wish you a happy new lease.