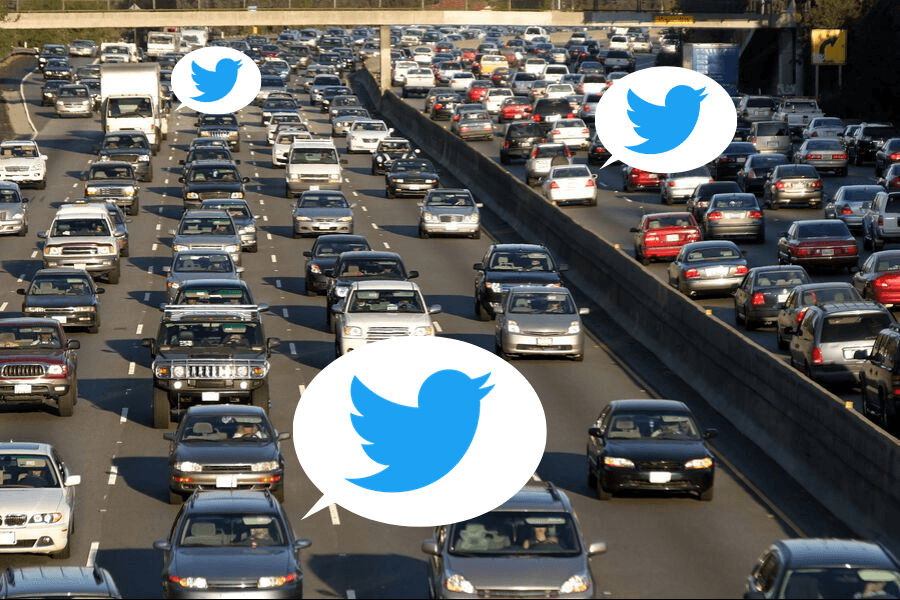 From mannequins in hoodies riding shotgun to giant baby dolls in the backseat, Bostonians have turned to some pretty clever? desperate? methods to outsmart the police monitoring the HOV lanes, but none have been foolproof.  However, according to Transportation Secretary Stephanie Pollack, carpool lane abusers have upped their game—Thursday, the Secretary said that she had discovered a “closed Twitter group” in which people can tweet covert warnings about police monitoring HOV lanes.

“I was shocked to find out that there is a closed Twitter group for people who use your carpool lane where they tweet at each other and say, ‘there’s no cops, it’s OK for single cars to use it,’”she said. “And we think as much as 80 or 90 percent of the traffic is actually just individual people in cars and it’s not functioning as a carpool lane.”

Pollack has since walked back from that statistic, saying now that it was an anecdotal reference, not based on any hard data. However, I was more interested in the concept of this underground Twitter, the idea that a bunch of people are zooming through the HOV lane, tweeting while driving in order to fulfill a service that popular navigation app Waze definitely already does. I decided to dive in and see what I could find.

As many users already know, Twitter does not have an official “group” function, but there are still a couple of different, clumsy ways that you can communicate with multiple people. You could make a private account and give a bunch of people the password, or you could add as many as 50 people to a Twitter direct message. Neither of these, though, seems like particularly effective methods of getting the word out to a large group of people—especially in a hurry. Is it possible, perhaps, that Pollack really meant a Facebook group instead of Twitter? I wonder. While hundreds could be added to and be allowed to post in a Facebook group, the posts don’t display chronologically, which, again, would seriously impede the group’s supposed purpose as a real-time cop alert system. So what gives?

A call to Pollack’s office pressing the issue resulted in a change of tune. “When the secretary mentioned tweets, she was talking about things she had seen with people going back and forth on Twitter,” a representative for Pollack stated. “She’s a pretty active and savvy social media person, so she sees these things.”

So when Pollack mentioned a “closed Twitter group,” it seems she was actually just referencing … plain old public tweets? If true, this was a clear way for me to find the carpool lane cheaters. I started searching for HOV posts using increasingly unhinged keywords, from “HOV lane,” “carpool lane,”and “I-93 police” all the way down to “carpool cop alert.” So far, though, all my thrilling search through years of Boston-area-geotagged tweets has unearthed is a little griping:

What did I do to deserve this life

That HOV lane be looking NICE

and a meme or two:

me everyday in the carpool lane , counting me myself and I pic.twitter.com/LvwShUZ2qz

And I was unable to find a single tweet from a driver warning other drivers about HOV lane police.

Is there a secret code word or hashtag people are using for the HOV lane in their tweets? Is there a private Twitter account with a disguised name that Secretary Pollack somehow gained access to? If you have been sending secret tweets about the I-93 HOV lane, please reach out. I have a lot of questions for you.