And the Richest People in Massachusetts in 2019 Are….

Forbes' list of the most caked up locals includes some familiar faces. 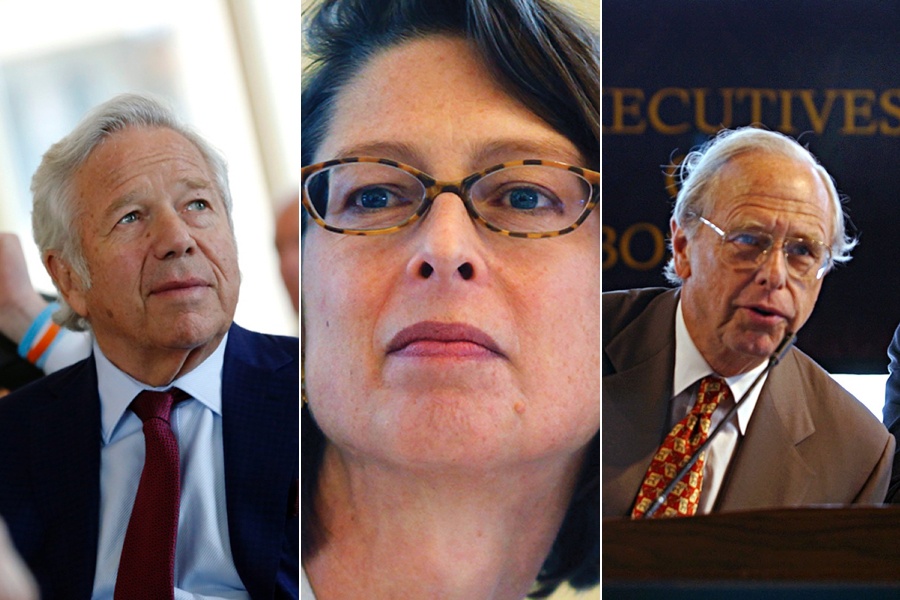 The Forbes 400 is exclusive territory. To even make it onto this exclusive annual list of the nation’s wealthiest, you need to be worth at least $2.1 billion, the paltry sum linked to the 13 schmucks at the bottom of the ranking. In all, these top earners are worth $2.96 trillion, an all-time high.

In Massachusetts, there were nine billionaires on the list, and if you pay attention to this sort of thing, chances are you already know the cast of characters in this recurring drama.

Coming in at the top of the ranking for Massachusetts, and 34th overall, is Abigail Johnson, who’s been CEO of Fidelity since taking over for her father in 2014. According to Forbes, 57-year-old Johnson is now worth $14 billion. Johnson, who lives in Milton, has actually seen her overall wealth decrease, down from $17.3 billion in last year’s 400 list.

Two other members of the Johnson family, Edward Johnson, IV and Elizabeth Johnson, both siblings of Abigail, also made the list. They’re worth $3.2 billion.

Patriots owner Robert Kraft, meanwhile, appears to be richer than ever, both in cold hard cash and priceless Super Bowl rings. His total net worth, per Forbes, is now $6.9 billion. Kraft is the 82nd richest person in America, the magazine says.

New Balance CEO Jim Davis appears to be gaining on him like a jogger in sensible running shoes. Because he and his family own 95 percent of their Brighton-based athleticwear empire, their combined net worth is $6.7 billion.

Dorchester-born Sheldon Adelson, who spends most of his time out in Vegas these days, is now worth $34.5. Michael Dell, the Dell CEO who spends part of his time in Massachusetts, is worth $32.3 billion.

Wayfair executives Niraj Shah and Steve Conine unfortunately did not make the list this year, dipping below the minimum after spending a year among the list of ultra-wealthy in 2018.

Here are all the local billionaires (defined by having a primary residence in Massachusetts) that made the cut in 2019: