In Light of the Pandemic, the City Hall Plaza Renovation Looks Smarter Than Ever

Work began this weekend on a major project to make it more inviting, at a time when it's never been more clear how important public space is. 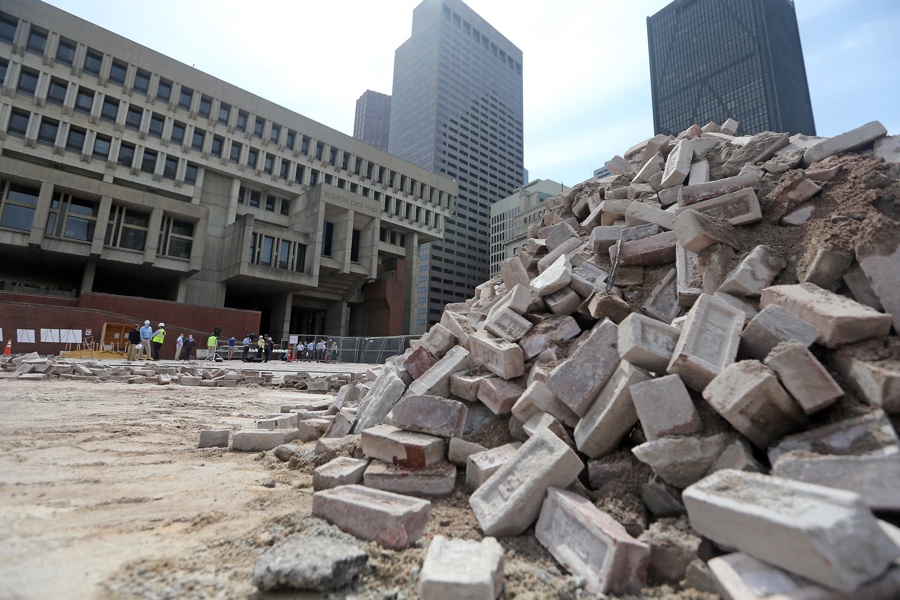 When construction got underway in earnest on the long-awaited makeover of City Hall Plaza, one of the most loathed parcels of public land in Boston, it was a sight for sore eyes.

The $70 million project, which officials say will be complete in two years’ time, will see the big (and often underused) brick expanse live up to its potential, and turn into something people actually want to use. A new design that includes 100 new trees will cut down on the punishing winds that whip through the area, and 3,000 seats will provide plenty of places to lounge in the shade. A 12,000 square foot park will give kids an impressive new place to play, and a water feature will draw visitors to the same corner site where a fountain once stood before it was decommissioned due to leaks in the 1970s.

There is a slew of other attractive improvements. Once complete, the plaza will feature a stage and outdoor event space that can accommodate large crowds for events, demonstrations, and the popular seasonal pop-up Boston Winter, plus a civic building that can be used for public meetings. For the first time, City Hall’s north entrance will reopen to the public. The whole plaza will also be fully accessible, and made with permeable surfaces that will cut down on flooding when it rains.

Importantly, this renovation comes when the value of usable, outdoor public space has never been more apparent, as Bostonians flock to parks, bike paths, and outdoor dining areas for a respite from lockdown and some much-needed fresh air. State parks and beaches have reportedly seen record numbers of people turning up for outdoor exercise and recreation, and state officials have said they hope this surge in foot traffic leads to a renewed and lasting appreciation for these resources.

All signs point to a city emerging out of this crisis more inclined than ever to be outside. It’s a good thing, then, that City Hall Plaza 2.0 will soon be there to greet them. So although it won’t open to the public until (fingers crossed) the pandemic is far behind us, it offers a glimmer of hope that a better city awaits when things get fully back to normal.

Today, along with @cityofboston, @marty_walsh, @shawmut_builds, and @skanskausa, we broke ground at Boston City Hall Plaza. A vibrant, connected, and accessible plaza is just around the corner! Learn more about the project here: https://t.co/QGKc5Ple3Y pic.twitter.com/srTNMdD5Af

The unusual circumstances of the pandemic can and should push the city to reimagine its use of public resources more generally. For example, with folks now eager to avoid buses and trains when getting around the city, we could make historic investments in bike and pedestrian infrastructure, or make permanent some of the recent moves to close streets and parking spots.

For years City Hall Plaza languished, and was rightly seen as a failure of urban design. Here’s hoping the new-and-improved version is seen as a call to action to fix the other parts of Boston that are in need of some similarly fresh thinking.

Here’s another look at the plans, all of which can be found on the city’s website: 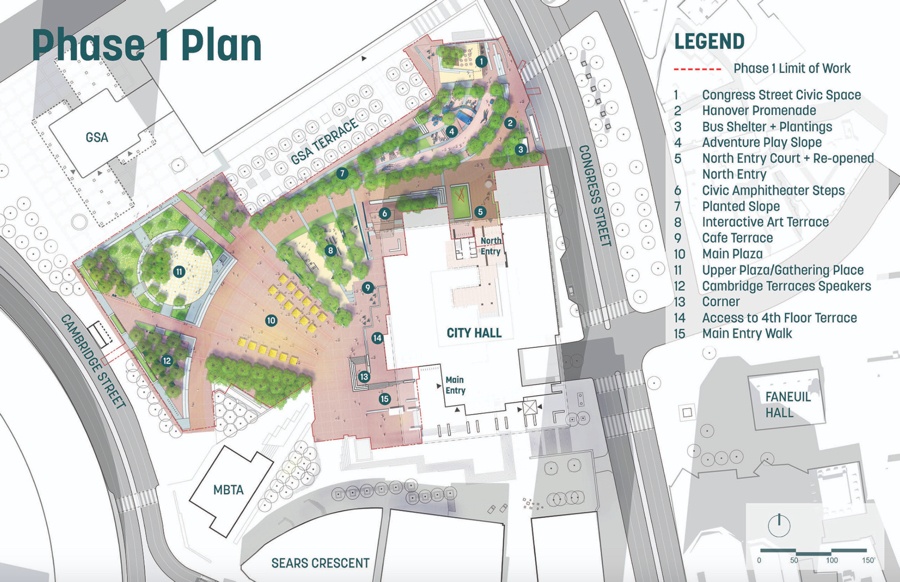 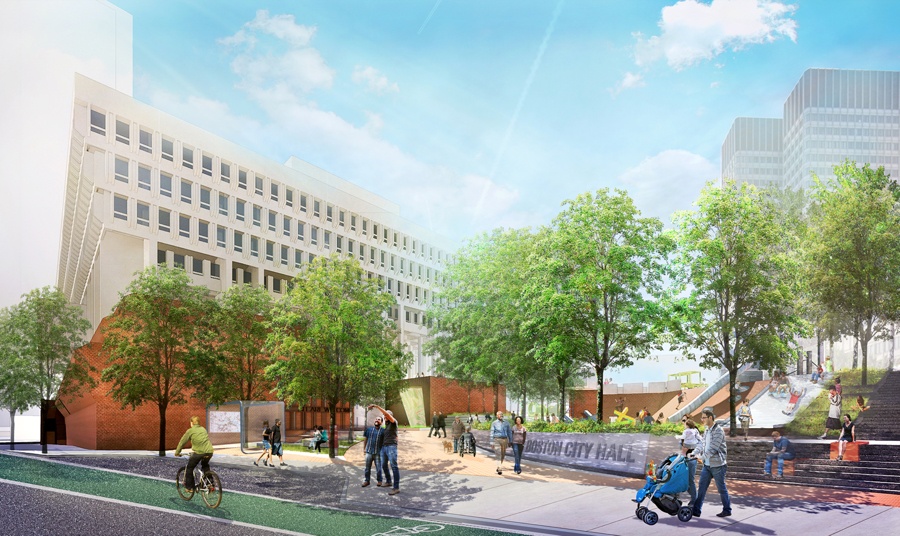 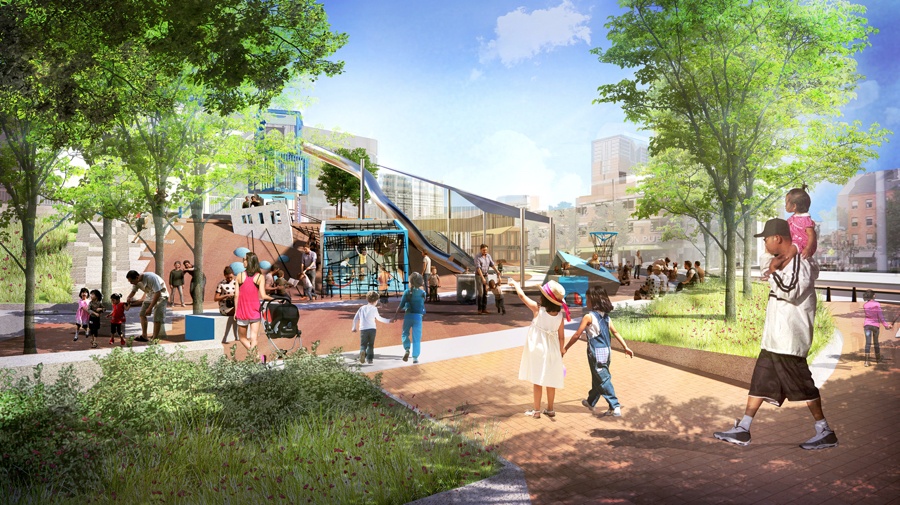 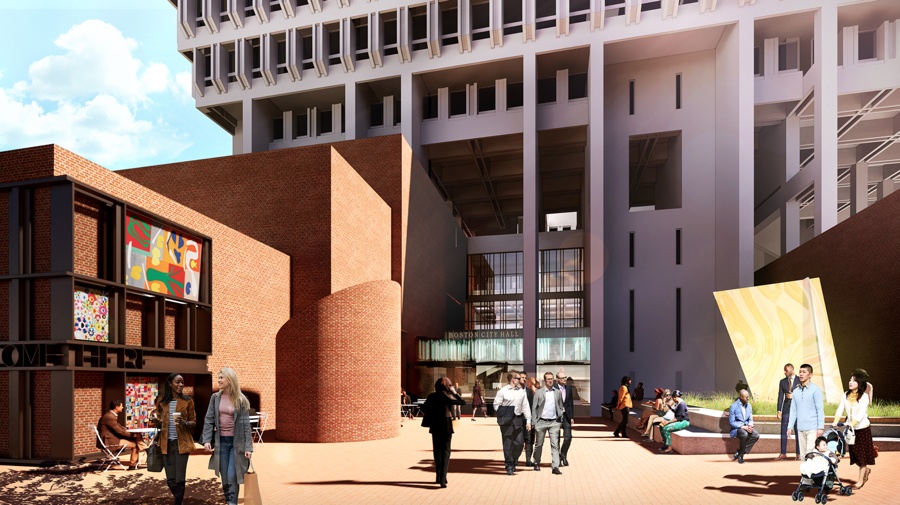 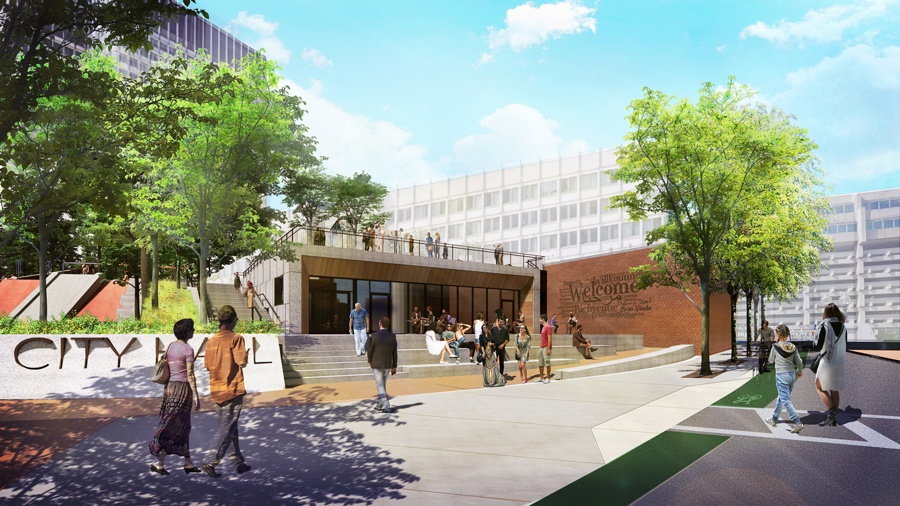