Behold the Beauty of the Red-Blue Connector, and Pay for It Already

New images, and cost estimates, for the long-awaited project are a reminder: We need this yesterday. 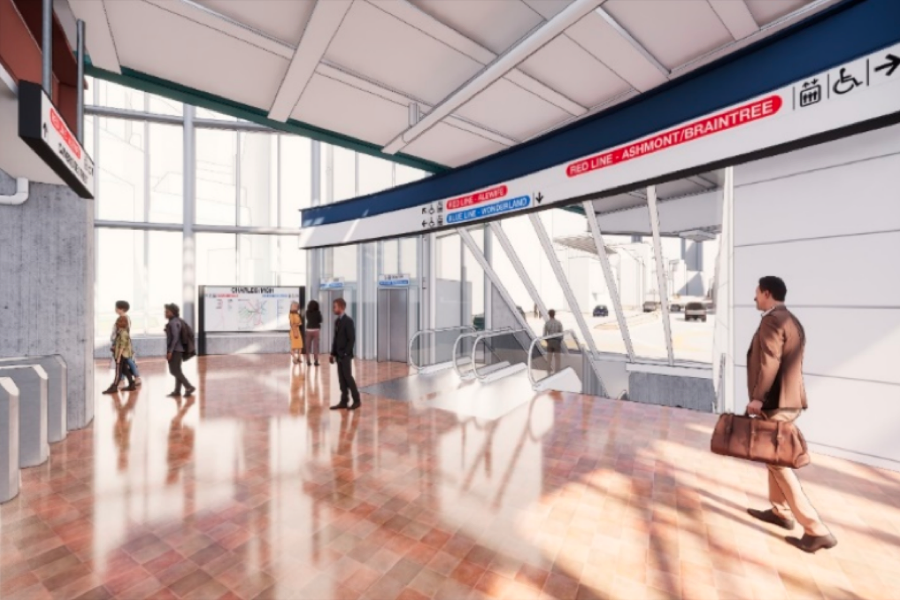 Remember the Big Dig? The years-long ordeal that cut a gash through the middle of Boston, and saw costs and deadlines spiral interminably? Of course you do. It’s practically baked into our DNA, and has made a generation of public officials gun-shy about digging anything deeper and wider than the foundation of a luxury condo complex. Well, Big Dig construction hadn’t even gotten started yet when we were first promised the much-needed link between the Red and Blue lines back in 1990—and we have yet to see it materialize.

Some good news, though: It looks like there might be hope for the mythical public-transit project after all. The board that oversees the MBTA heard on Monday the most thorough presentation to date on exactly how and when the project might finally get off the ground. It is, according to T Engineer Eric Stoothoff, within the realm of possibility that work on the connector could begin in 2025 and wrap by 2030, as long as we can find a way to pay for it. The latest price tag: A grand total of $850 million.

Stoothoff’s report also includes a fresh batch of sweet, sweet renderings of how a new Red Line-connected Blue Line stop would look. For those of us who have long-pictured a seamless underground passage between these two busy subway lines, it’s a sight for sore eyes. 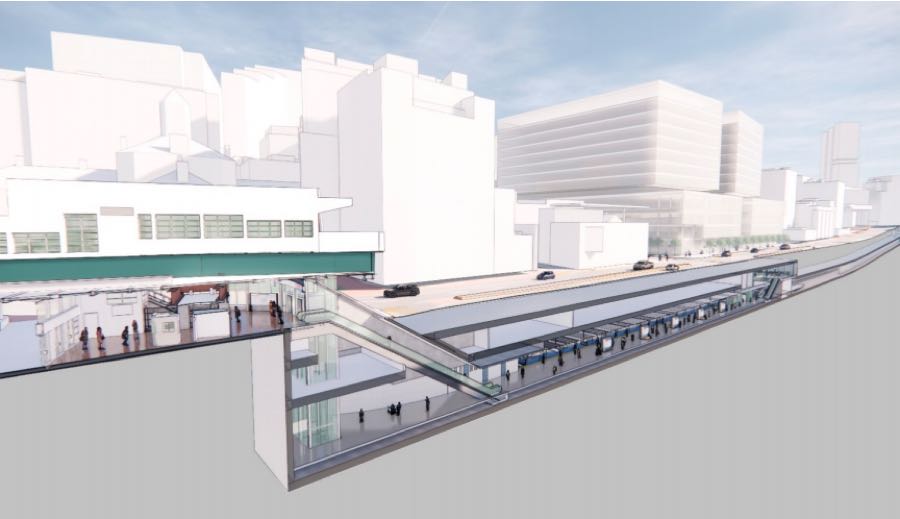 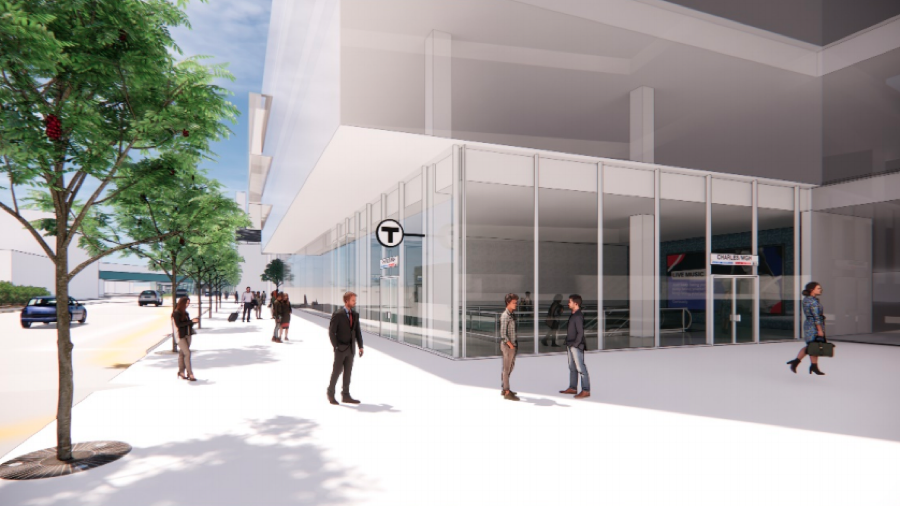 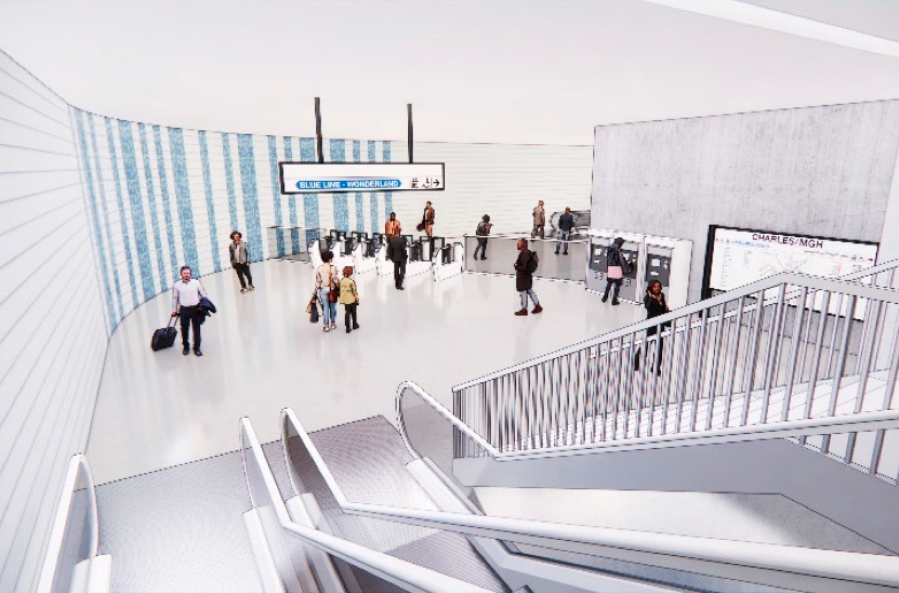 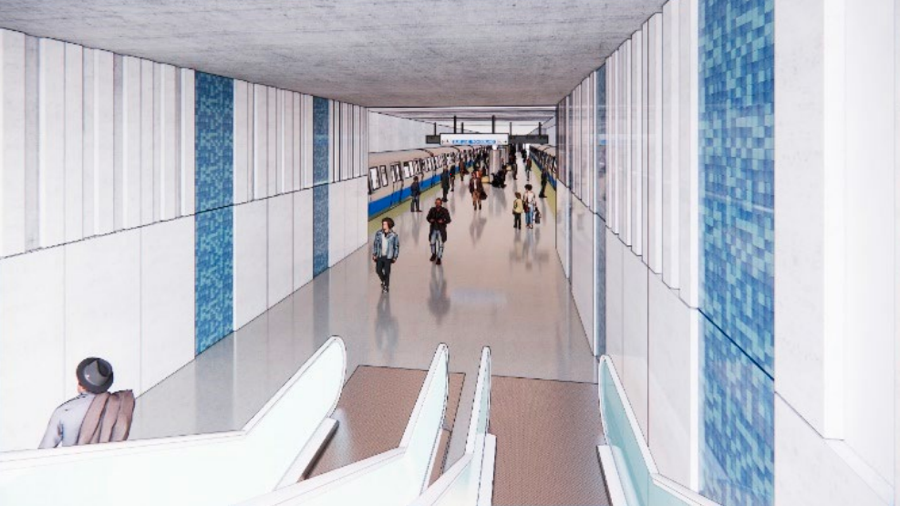 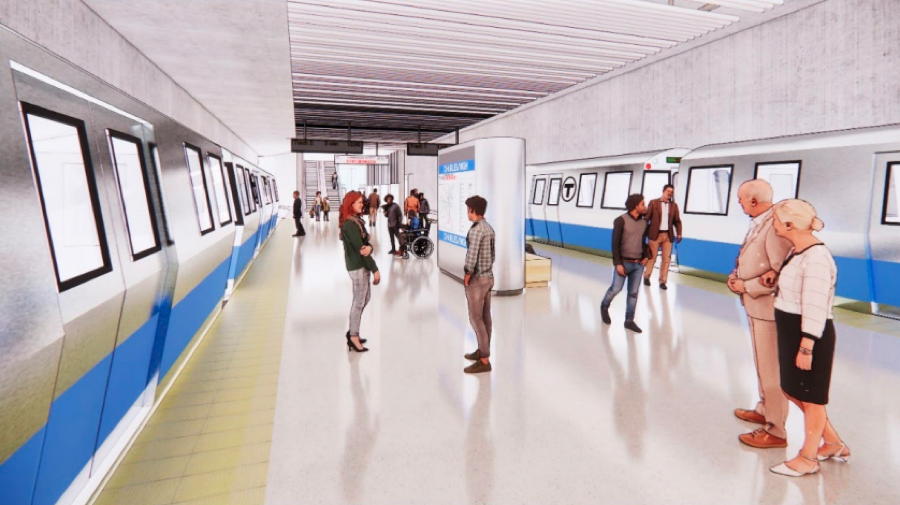 The case for pulling this off and providing smooth passage from East Boston and Revere through Cambridge and Somerville has only strengthened in recent years. Already rapid development in Eastie will soon be supercharged by the looming Suffolk Downs housing complex. The draw of Kendall Square and the biotech sector in general grows by the year. The urgency of climate change, not to mention the need to discourage car-driving and encourage public transit in a perpetually traffic-jammed city, will only increase. Closing the gap between these two subway lines would take all kinds of pressure off of a rapidly boiling pot. It may also overlap with plans for the proposed $2 billion Mass General campus on Cambridge Street, which hospital officials said could share an entrance with the T stop and make it that much easier for the hospital’s thousands of employees to get there from north of the city without driving.

A no-brainer if there ever was one.

Completing the connector would also see the T nix the Bowdoin stop, bypassing it en route to the new station further down the road on Cambridge Street—and not, as some sentimentalists might have hoped, preserving it. How you feel about that depends on how attached you are to this puzzling appendix of an MBTA stop—the primary function of which these past many years was to remind us how badly we needed the Red-Blue connector—but let the record show that I will shed one small U-turn-loop-shaped tear for the quirky little station and then look optimistically toward the future. 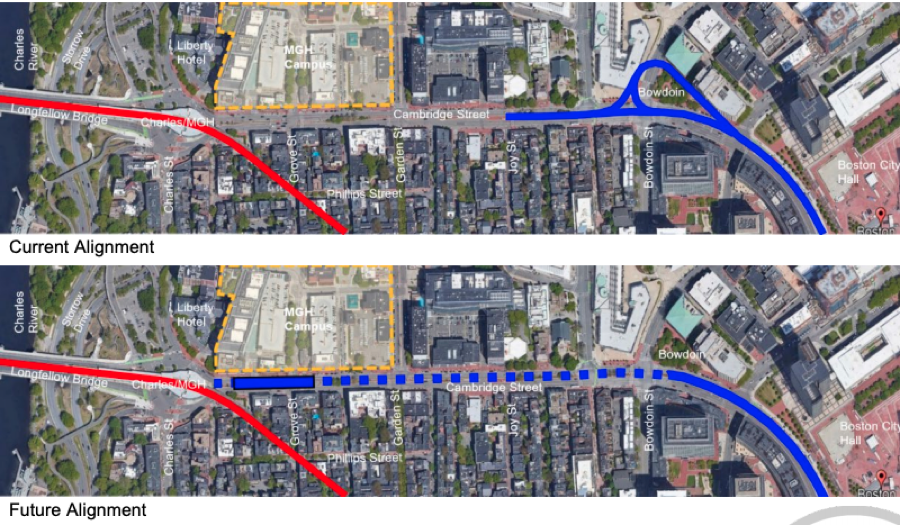 The last remaining big question—and it’s a pesky one—is how to pay for it. A renewed push for infrastructure spending at the federal level offers some hope, as does the fact that the T has listed the undertaking as a top priority among long-term capital projects. One way or another, someone is going to have to come up with the money to make this happen. But hey, all these perks for a project with a price tag starting with an “M” instead of a “B?” Could be worse!

There would be other less tangible benefits to seeing this project finally off the ground, including giving this city a renewed sense of the promise of large-scale underground transit projects and helping it get over its Big Dig trauma once and for all. Perhaps the proof positive the Red-Blue Connector would provide could inspire us to finally tackle the other connector this region sorely needs: the North-South Rail Link. There has been some hope on this front as well, as the project has been included in federal infrastructure talks as part of a major investment in regional high-speed rail that several states are pushing for.