Why Do We Need the Bowdoin Stop, Anyway?

Alone and nearly useless, its existence is a reminder that commuters deserve better, starting with the Red-Blue connector. 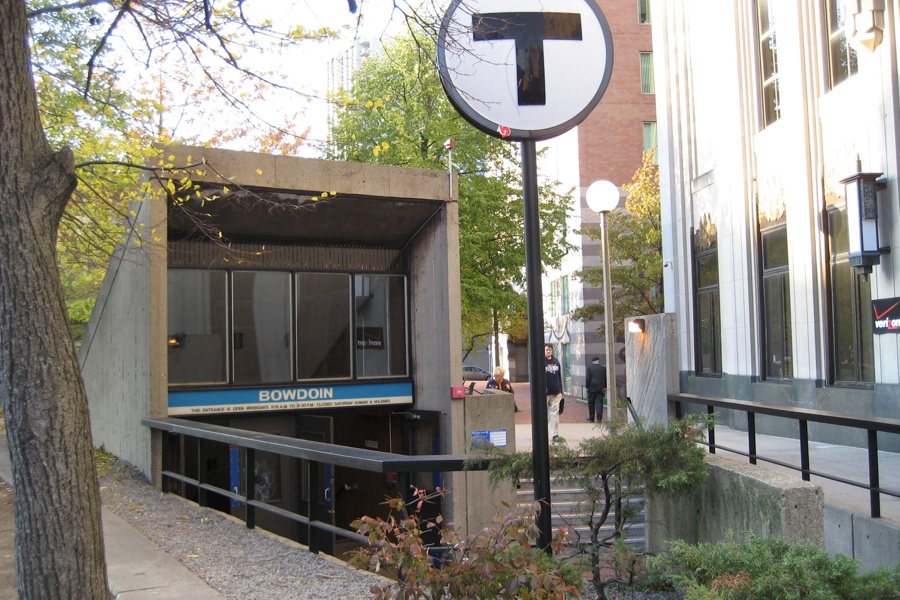 The Bowdoin stop at end of the Blue Line might as well be the end of the earth. When I visit at 8:30 a.m. on a Friday morning—a time of day with a crush of commuters at any other downtown Boston stop—nobody is there. Well, nobody but me, along with the yellow-vested MBTA staffer who’s assigned to the sleepy station for a few hours every morning to keep an eye on the place and make sure no stragglers remain on the train as it turns itself around to head back down the Blue Line toward Wonderland. Still, it’s not a total wasteland: Every few minutes another train rolls through, and a couple dozen commuters quickly hop off and make their way up a ramp and out of the station. Many of them will then make the journey on foot to the Charles/MGH Red Line stop, which is, maddeningly, accessible from here only by a half-mile walk up Cambridge Street, and yet Bowdoin is still the closest the two lines come to intersecting. The riders are gone in a matter of seconds, and the MBTA’s loneliest T stop is empty yet again.

I’ve thought about this station a lot lately, because while the planned Suffolk Downs development will in all likelihood eventually send thousands of new Blue Line riders in its direction, the Bowdoin stop is tantamount to an appendix—an unnecessary vestige of an earlier era. The century-old station sits within eyeshot of the booming Government Center station, but despite its prime location at the intersection of the West End and Beacon Hill, it’s the fifth-least used stop in the network. The MBTA has all but admitted the station is a dud: From the early 1980s to 2014, it was the only T stop to run on hours limited to weekdays and ending in the early evening. And as recently as the mid-2010s, as renovations were nearly complete at Government Center, the T said it planned to close Bowdoin down for good before ultimately reversing course.

Ultimately, Bowdoin is a reminder that one of the T’s most common-sense projects, the Red-Blue connector, has yet to be built, despite years of advocacy. It’s exactly the type of problem that pushes people off the T and into their cars, complicating efforts to cut down on carbon emissions and deal with our worst-in-the-nation traffic problem. “The last thing we should be doing is making it harder for people to take the T,” says Boston City Councilor Michelle Wu, who’s also pushed for the completion of the Red-Blue link. “And [the Red-Blue connector] is one of the lowest hanging fruits in terms of projects the T could take on.” Existing in this liminal state, the Bowdoin stop is a thumb in the eye precisely because it’s a reminder of what could be, if only the T would get the Red-Blue connector—a straightforward solution to a clearly frustrating problem for commuters—done. There’s just something about the irksome almost but not quite usefulness of the station that makes it so frustrating to behold. 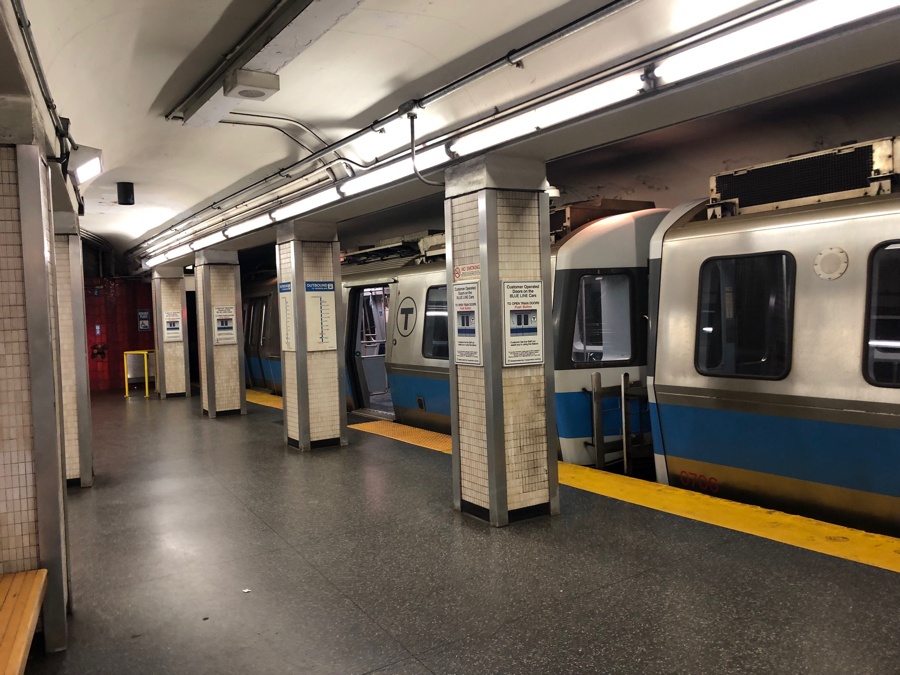 So how did we end up with a dud like Bowdoin? I’m not the only one who’s wondered about this strange little relic and why we bother keeping it open at all. “I think as a sort of orphan station it’s weird that it’s there,” says Jim Aloisi, former transportation secretary and current transit activist. But he’s something of a cheerleader for Bowdoin, which at the very least is a fairly useful Band-Aid until the Red-Blue connector he champions can be built. “It serves a purpose,” he says. “It does bring passengers reasonably close to MGH.” It has other uses, too. A handful of Beacon Hill walking tours gather outside Bowdoin because it’s so quiet. Even if relatively few people use it (the T’s internal data show 2,300 people on average get on or off there each day), those riders reduce congestion inside Government Center because otherwise they’d have to get off at the already-busy station. Plus, there are plans to redevelop the nearby Hurley Building with housing that could send hundreds more commuters to its door someday. And frankly it’s not that expensive to keep a T stop with automated fare gates open, and it might be even more costly to formally shut it down, so, screw it. “I just wish we would take the initiative to take it the next 1,300 feet,” Aloisi says.

To be fair, the underfunded MBTA is trying hard to wrestle a system first designed for the turn of the 20th century into the 21st—and Bowdoin is stuck somewhere in the middle, between what the T began as and what it needs to become. Initially the stop was built simply to give trains leaving Government Center a place to turn around, and adding a commuter platform there appears to have been an afterthought, according to transit historians. Clearly, no one at the time was planning a century in advance for a city in which residents might live in a highly desirable residential neighborhood in Eastie and need a smooth connection en route to the thriving job market in Cambridge. When the T was built, “the whole purpose was to get people to and from downtown quickly during business hours,” says Staci Rubin, of the Conservation Law Foundation. “The current system is not built for a 21st Century transportation system, which is what we’re in desperate need of.”

The way to get to an MBTA better suited to today’s needs, Aloisi says, is to focus on projects like the Red-Blue link that can make taking the T less of a chore and speed up people’s commutes so much that driving becomes the less convenient option. Even if the Red-Blue connector is built, he says we ought to just keep Bowdoin open regardless. “Don’t make things more complicated than they need to be,” he says. “To me it’s more important to connect the Red Line than it is to fuss about whether we should [shut down Bowdoin] or not.” (Note to self: Stop kvetching.)

The good news is that there have been some encouraging signs that state officials might finally pull the trigger on the project. After years of advocacy for the link (it was initially promised in the wake of the Big Dig), the project is listed in the state’s official long-range plan among those it hopes to get done in the next two decades. It was given top priority back in 2017 when we were trying to win Amazon’s HQ2, but it’s lingered as an idea T activists and groups like Transit Matters and the Conservation Law Foundation feel strongly about. Plans for an alternative pedestrian tunnel—a poor substitute for a train link, if you ask me—have thankfully been scrapped. If the connector ever does happen, it’ll bring an end to the weird mystique once and for all. After all, if the T worked like it was supposed to, Bowdoin wouldn’t be remarkable in the least—it’d just be a stop along the way to the Red Line, like it should have been all along.