Boston Has the Worst Traffic in the Country

Drivers in Boston are spending more time sitting in their cars than people in Los Angeles. 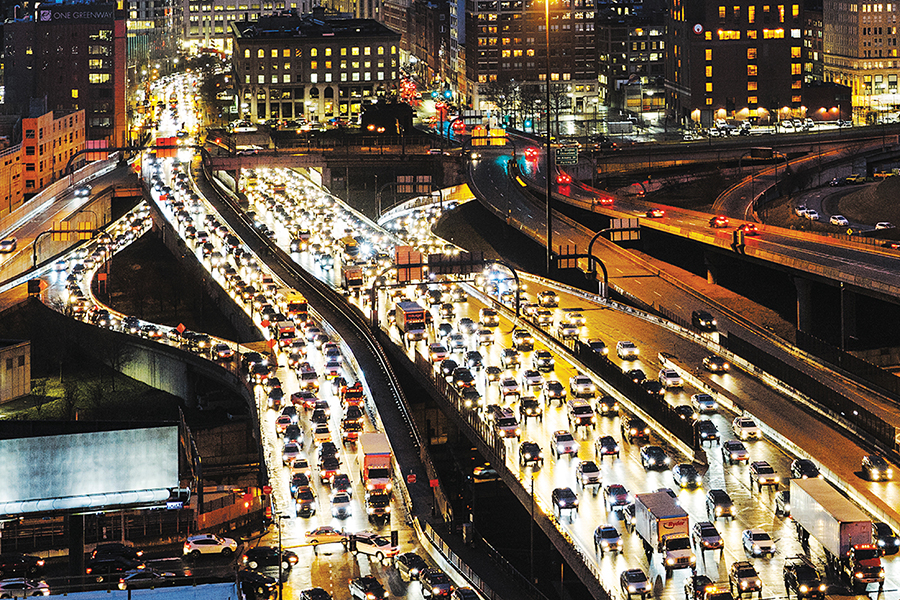 When you’re sitting in traffic on your morning commute, at least you can comfort yourself knowing that somewhere out there, someone is stuck in an even worse gridlock. Right?

Wrong. According to INRIX, which publishes annual rankings of the world’s congestion, Boston drivers wasted the most time stuck in traffic in 2018—a staggering average of 164 hours per year, almost a full week.

Los Angeles, always the popular favorite to win this sort of prestigious honor, came in at a mere sixth place in the United States, spending a meager 128 hours listening to Ryan Seacrest and adding to the smog.

Mayor Marty Walsh responded to the report Tuesday, pointing out that since fewer than 50 percent of all Boston commuters drive to work, and most of those come from outside city limits, the stats don’t tell the whole story.

“We need a more comprehensive and reliable regional public transit system — as well as transit-oriented housing in the suburbs — to give more commuters a viable alternative to driving,” Walsh said in a post on his site. “And ultimately, our federal government must make a long-overdue investment in national infrastructure.”

Telling people to pack the T is easy, but actually doing that might be getting a little harder in 2019. The MBTA is proposing a 6.3 percent fare increase on all services, which would make a projected $32 million in revenue per year. However, not everyone is eager to load up their Charlie Card.

Boston has the worst traffic in the country — damaging our lungs, our economy, our planet.

Urgent that we do everything possible to boost public transit ridership, not raise #MBTA fares #FixtheT #FreetheT https://t.co/UycNwkSo1l #mapoli #bospoli

City Councilor Michelle Wu famously declared she wants to make the T free. Her bold plan—unpopular in City Hall, but very popular with everyone staring down that fare increase—aims to make transit accessible for any income level while at the same time reducing the city’s carbon footprint.

But until next year’s rankings come out, Bostonians can take a little comfort in beating L.A. one more time.