Check Out the Most Hilarious, Depraved Vanity License Plates Rejected by Massachusetts This Year

Public records show how far the Commonwealth's drivers thought they could push the envelope with the RMV. 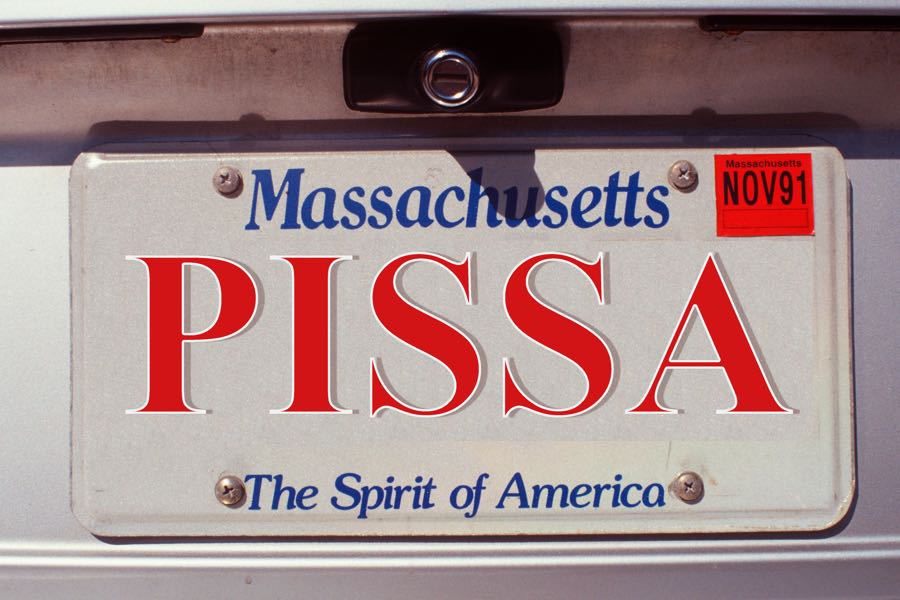 These are just some of the vanity license plates Massachusetts sickos, perverts, and freaks requested from the Commonwealth in the past year-and-a-half, only to be thwarted by the censors at the RMV.

We know this because the Massachusetts Department of Transportation is required by state law to preserve rejected vanity plate applications as public records, along with the state’s reasons for rejecting them. That means they’re available to anyone curious enough to peek behind the curtain for a glimpse inside the minds of Massachusetts drivers. I was curious enough, and as a result requested hundreds of pages of documents that detail exactly which messages our fellow drivers wanted to stamp on state-authorized metal for all the world to see in 2020 and 2021.

Sadly, all of the priceless turns of phrase listed in this strange archive were never fated to become vanity plates. Unlike in Maine, where drivers (at least for now) are allowed to slap profanities on their license plates to their hearts’ content, Massachusetts drivers are stymied by the RMV’s strict bans on offensive messaging. Combinations of letters and numbers that are “vulgar,” “obscene,” mention a “sex act,” or express “contempt” or “ridicule” for a protected group are prohibited.

The RMV makes all of this crystal clear on its vanity plate application form. Nevertheless, many, many, people shoot their shot. In a pandemic, no less.

Here are the highlights, which offer a remarkable look at both how state authorities decide what is and isn’t appropriate for the viewing public, and how the Masshole mindset persevered even in these trying times for our state. Herewith, some favorites: 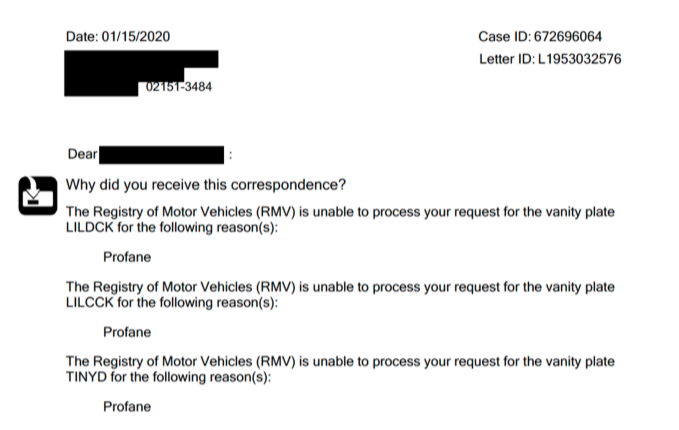 Actual rejection letter. I am not making this up! 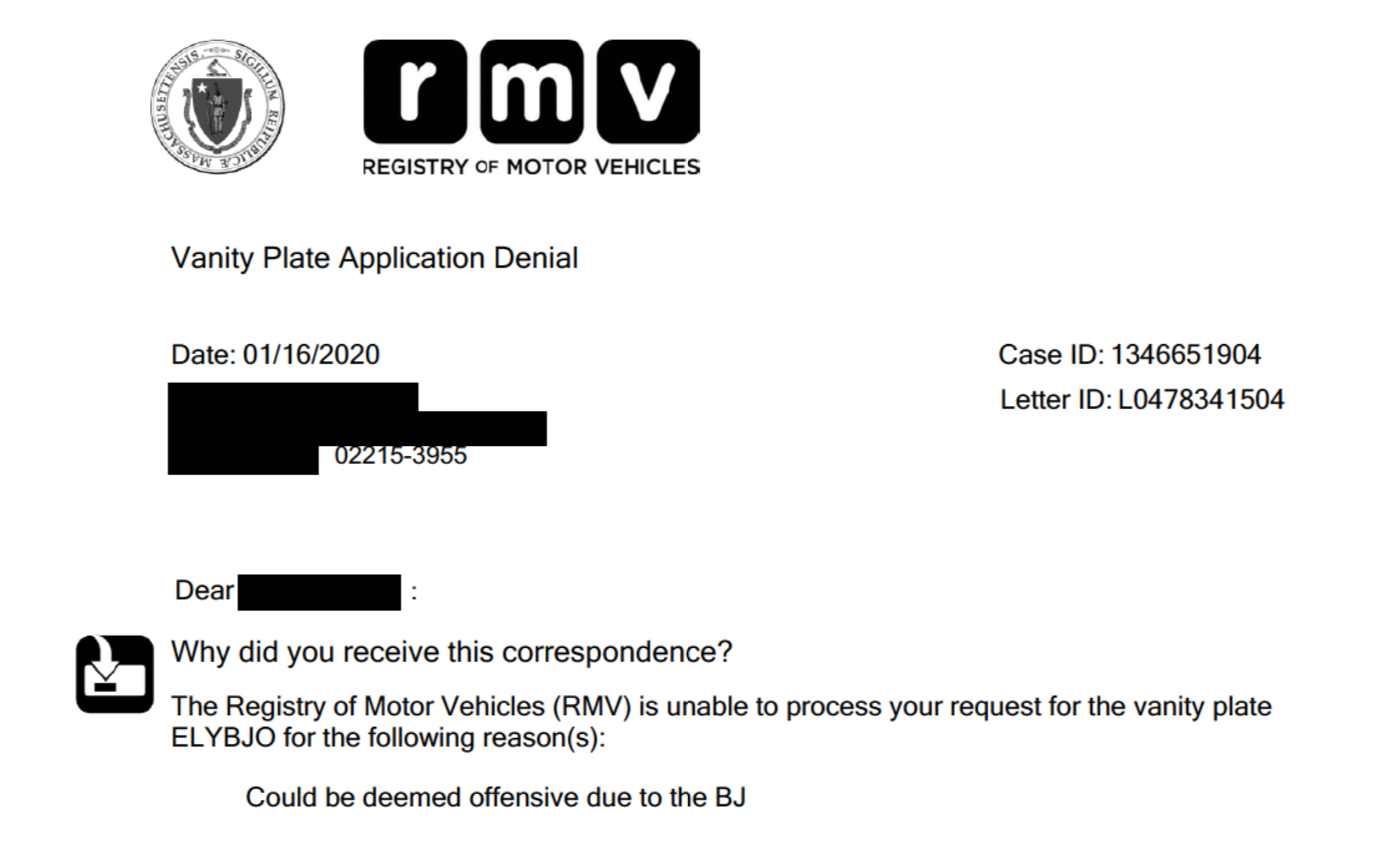