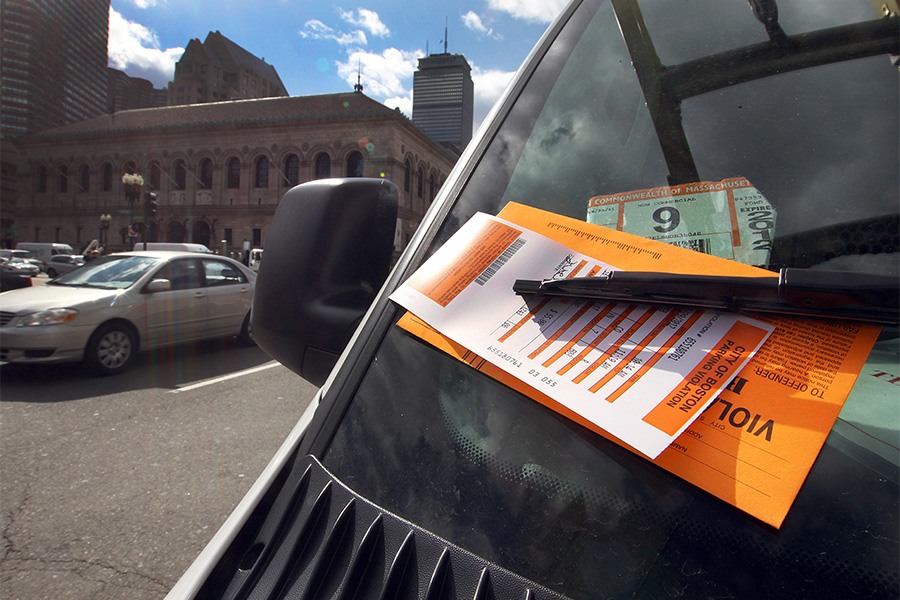 Picture it: You just finished up a successful business meeting downtown. Or you’re done with your shopping in the Seaport and now you’re headed back to your car in good spirits. But that’s about to come to an unceremonious end.

As you approach your vehicle, you spy it—the dreaded neon orange parking ticket tucked under your windshield wiper. You pull it off and read the bad news. 90 bucks for parking in a friggin’ loading zone. Yikes!

All is not lost, though—at least not yet. Here’s some advice for how to get out of paying that pesky fine.

If your car broke down, for example, and you couldn’t move it, supply a receipt from a repair shop or a tow company.

If a street-cleaning sign says no parking on Wednesdays and it was a Tuesday when you got the ticket, whip out your trusty smartphone and snap a picture or take a video of the sign for your appeal.

Or if a friend was with you when you got ticketed, ask her to provide you with a witness statement that says something like, “Mr. So-And-So was not parked too close to the crosswalk.” Even though she’s biased, it will still carry some weight.

There are four mechanisms for appealing a parking ticket in Boston: online, by mail, video chat (reserved mostly for people who are physically unable to attend in person), and in person.

A word to the wise: If you’re guilty as the proverbial sin and your ticket was legit, far and away your best bet of pulling off a successful appeal is to attend an in-person hearing at City Hall, which you can do Tuesdays or Fridays from 9 a.m. to 4:30 p.m. Of course, not everyone has the ability to do so. But if you can swing it, the numbers show it’s the best option.

The hearings are held in a small room in the bowels of City Hall. And don’t expect a crowd—it’ll just be you and the hearing officer.

“If there’s a shred of doubt, our hearing officers usually give citizens the benefit of the doubt, seeing that they put in the effort to get to City Hall to appeal,” says Steve Maguire, the head of the Office of the Parking Clerk.

Maguire notes that his hearing officers can be “empathetic” when called for. He tosses out a few examples when this is likely to occur: the meter running out while you’re at the doctor’s office waiting to be seen, or you mistakenly put the meter receipt on the wrong side of the dashboard, or the signs were obstructed or confusing. In those cases, the hearing officer is likely to cut you a break and dismiss the ticket with a gentle slap on the wrist. “Don’t do it again” is the common refrain uttered by the hearing officers.

“Our goal is to educate where appropriate, particularly if the person is not a ‘frequent flyer,’” Maguire says.

The hearings are conducted by contracted students from Suffolk Law and New England Law, and you can bank on it that they’ve heard most of the dog-ate-my-homework-type excuses already.

At the hearing, you want to be sure not to antagonize the hearing officer. So behave as if you’re on a job interview, which is to say: be polite, be deferential, don’t interrupt, stay off your high horse, be on time, yada, yada, yada.

And dress neatly. You may think your $600 jeans with all the pre-ripped holes are the height of hipness, but now’s not the time to show them off.

In presenting your case to the hearing officer, be brief and concise, stick to the facts, and bring two copies of everything, including any pictures. And don’t trash the parking enforcement officer who gave you the ticket. That person won’t be there, and it’s not going to help your case.

Most importantly, put on your big-boy pants and own up to your mistake by saying something like, “I know that I shouldn’t have parked in the loading zone—it was really foolish of me and I’ve learned my lesson.” Humility can carry the day.

May the parking gods be with you.