Martha Stewart is on Trial…Again

The home design queen is in hot water with two major retailers. 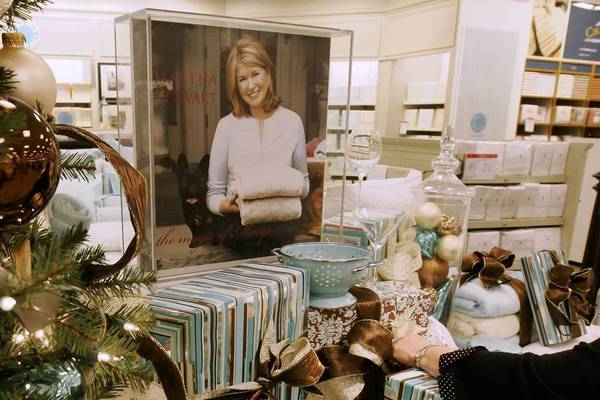 The sense of awe I have for all things Martha Stewart reached its peak when, out for a drive one Saturday morning last fall, I heard her explain how to extract the seeds from a pomegranate to Peter Sagal on NPR’s “Wait Wait…Don’t Tell Me.” In what he warned was a “fairly serious” question, Sagal asked Stewart whether, if one of her friends was removing the seeds in a non-optimal manner, she could stop herself from telling them how to do it better. She responded with a curt “no.”

In Monday’s testimony, Macy’s CEO Terry Lundgren said he hung up the phone on Stewart, a longtime friend, when she told him she had signed a contract with Penney in 2011. He said the Martha Stewart brand draws customers into the store, and that having the brand exclusively at Macy’s is key to their success.

Penney will open shops selling designs from Martha Stewart starting May 1, but they will not carry the Martha Stewart name. In this impassioned trial between the three entities, expected to last three weeks, it will be up to the jury to say yes or no.