A "Frankenstein" house gets a much-needed makeover. 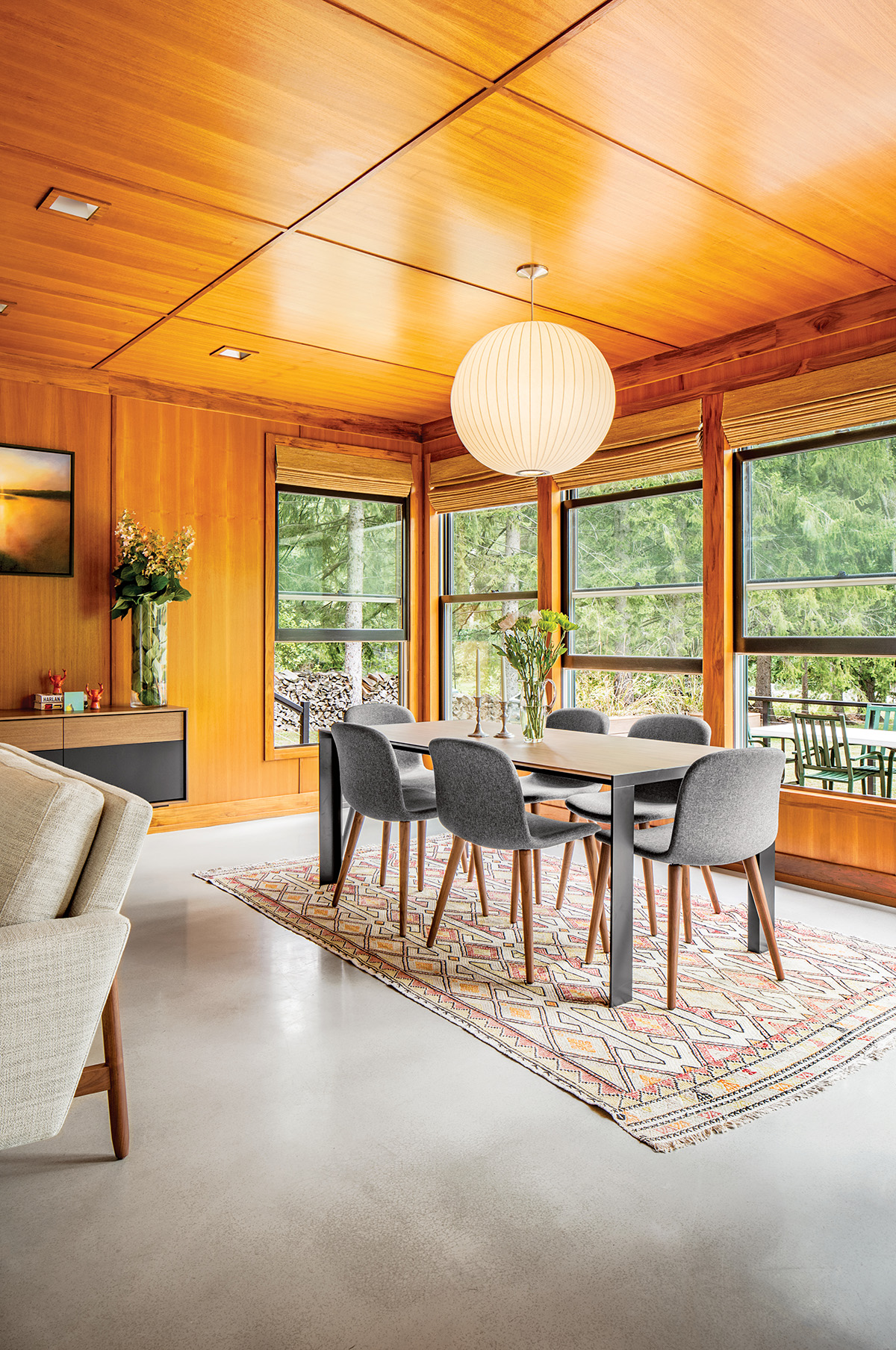 The dining room is new, but makes several nods to its midcentury context with its concrete floor, paneled walls and ceiling, and modern furnishings. / Photograph by Sean Litchfield

As soon as attorney Chris Hug saw the backyard of this Lincoln property in 1995, he knew the house was for him. Just under an acre, the space abutted a large swath of conservation land; hidden behind the trees was a small pond. Stunning, he thought. The 1949 abode itself, however, was another story. Its four previous owners had left their marks in a series of incongruent renovations and additions, creating what Hug (pronounced “Hoog”) calls a Frankenstein house. After living in the modest jumble for nearly two decades, Hug reached out to his friend Bill Hubner, principal of Lexington-based Incite Architecture.

Hubner expanded the center of the home both up and out, completing it with a large deck overlooking the backyard. Now the residence boasts a generous second-floor master suite accessed via a gallery-like hall, a bright new kitchen, and a wood-paneled dining room. The former rec room became a two-car garage—something the home sorely lacked. Adding skylights and new windows to existing openings throughout allowed for much-needed light and views.

Thanks to the reconfiguration and thoughtful cladding, the house looks balanced and cohesive from the outside, and is warm and inviting within. 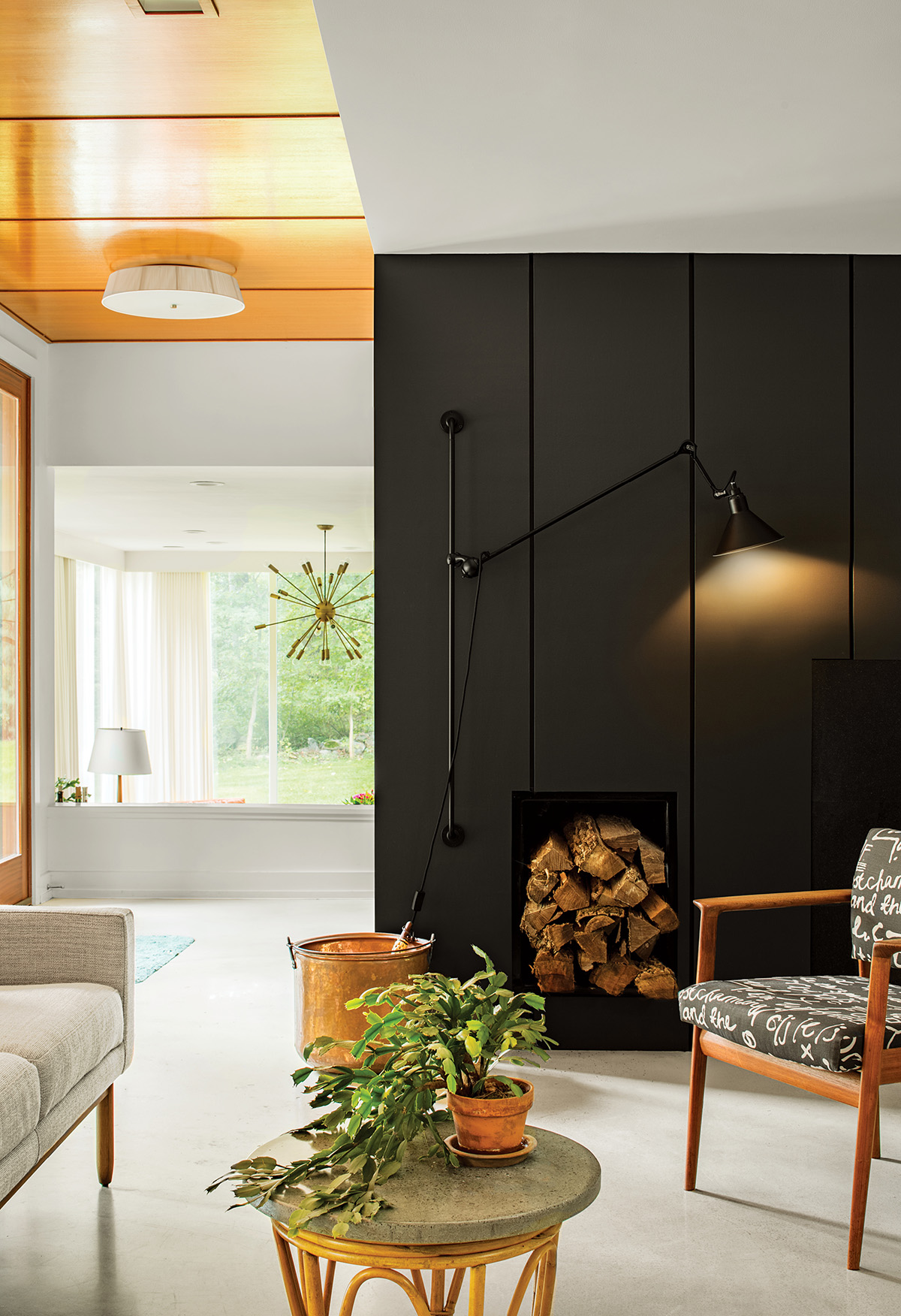 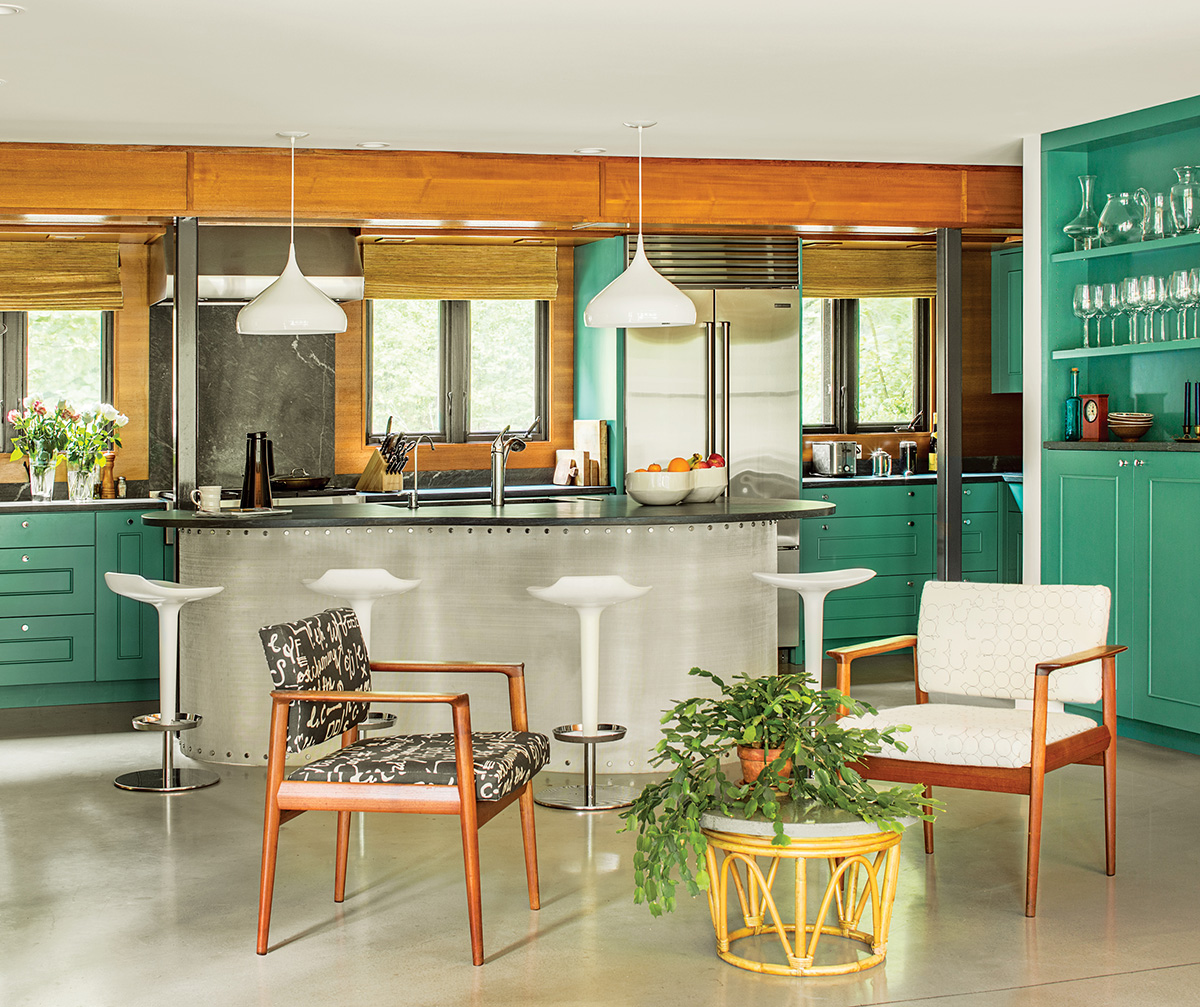 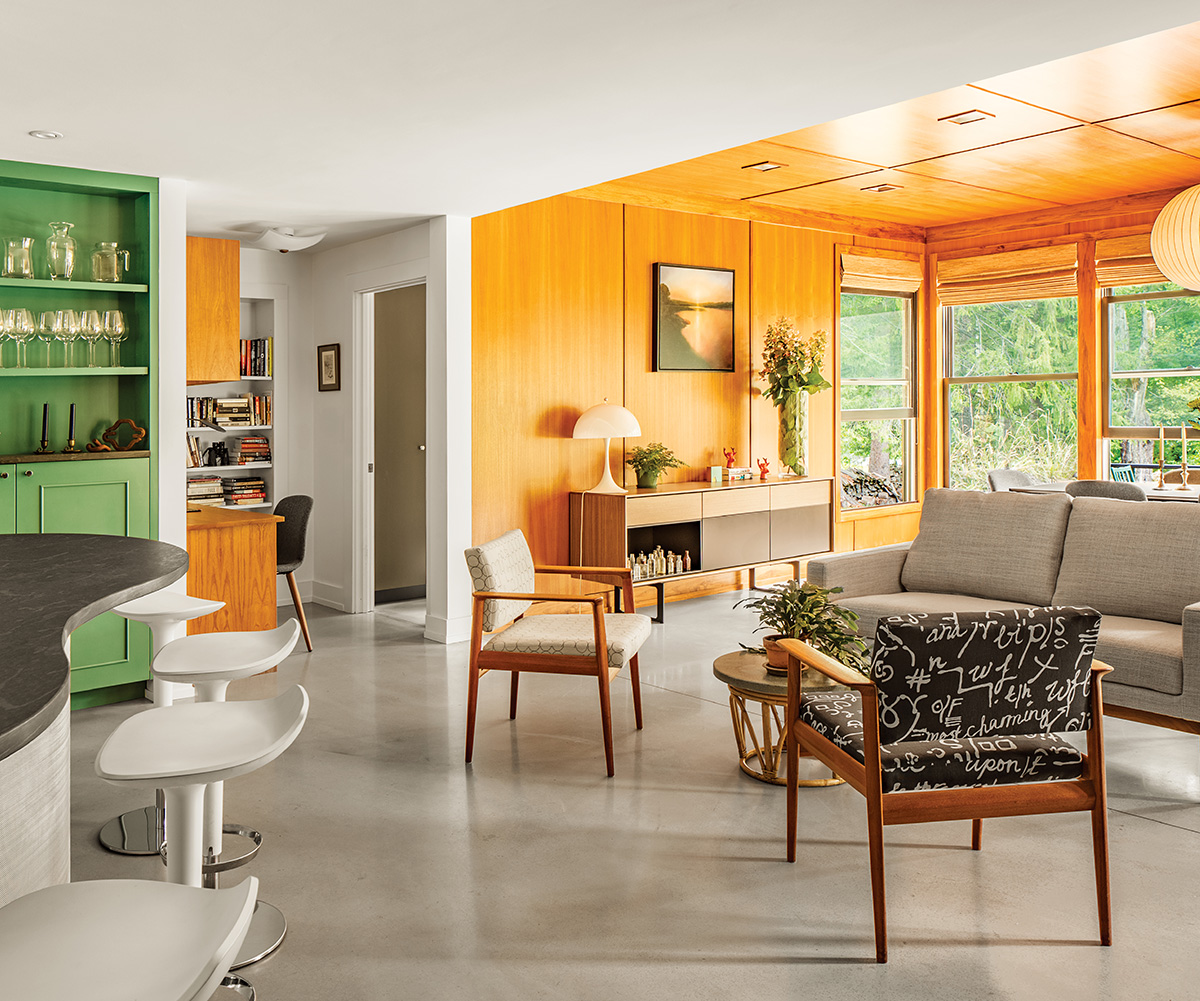 A corner becomes a small office; the base of the shapely kitchen island is wrapped in a stainless steel mesh. 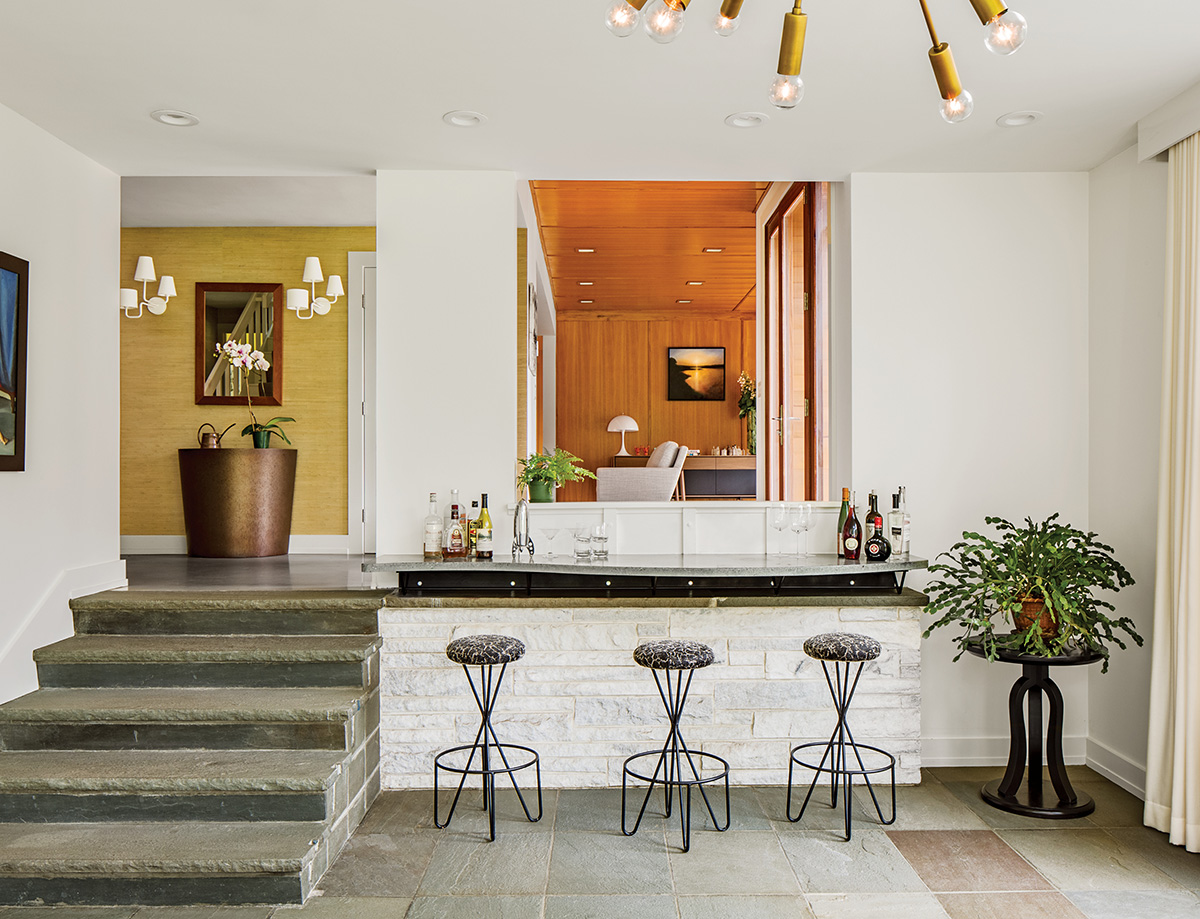 The living room gets a refresh with a custom concrete bar and a new viewing window into the foyer. 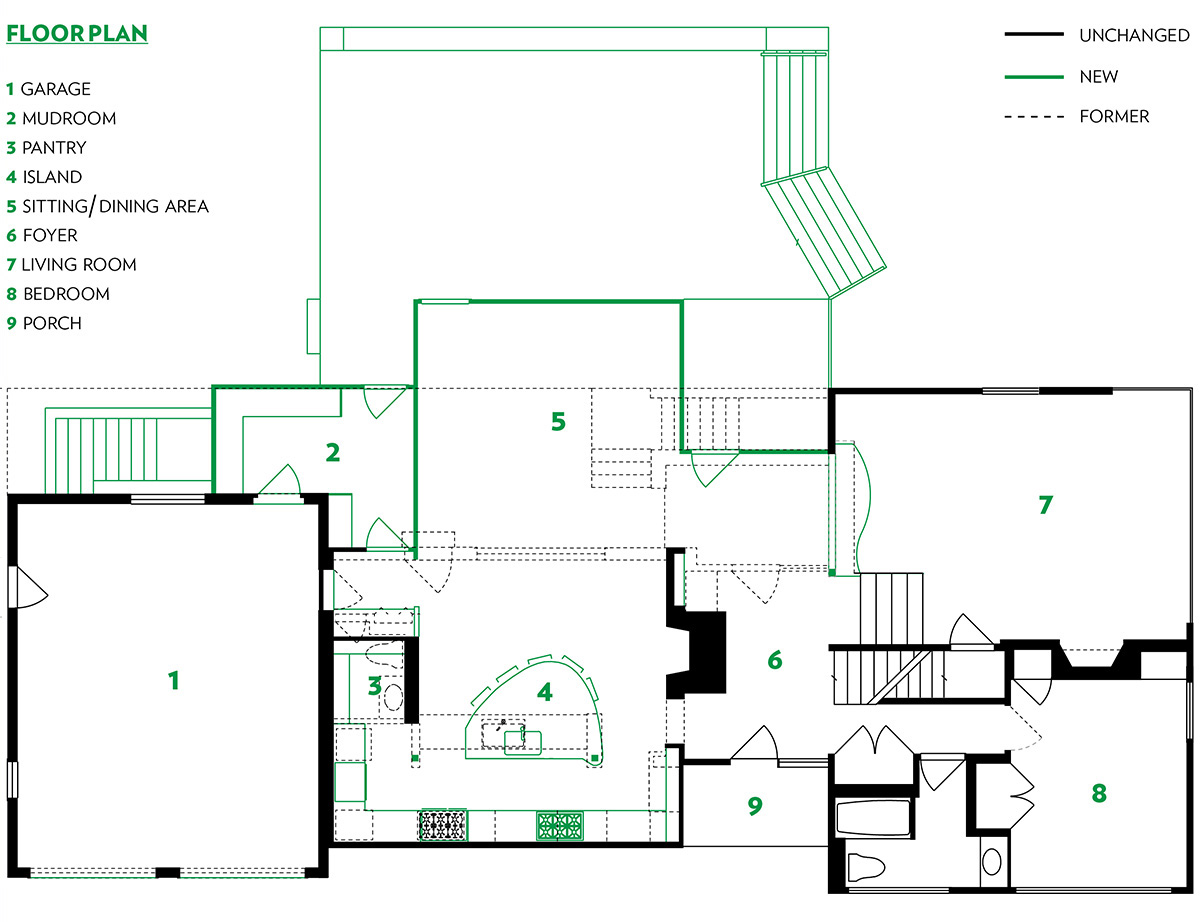 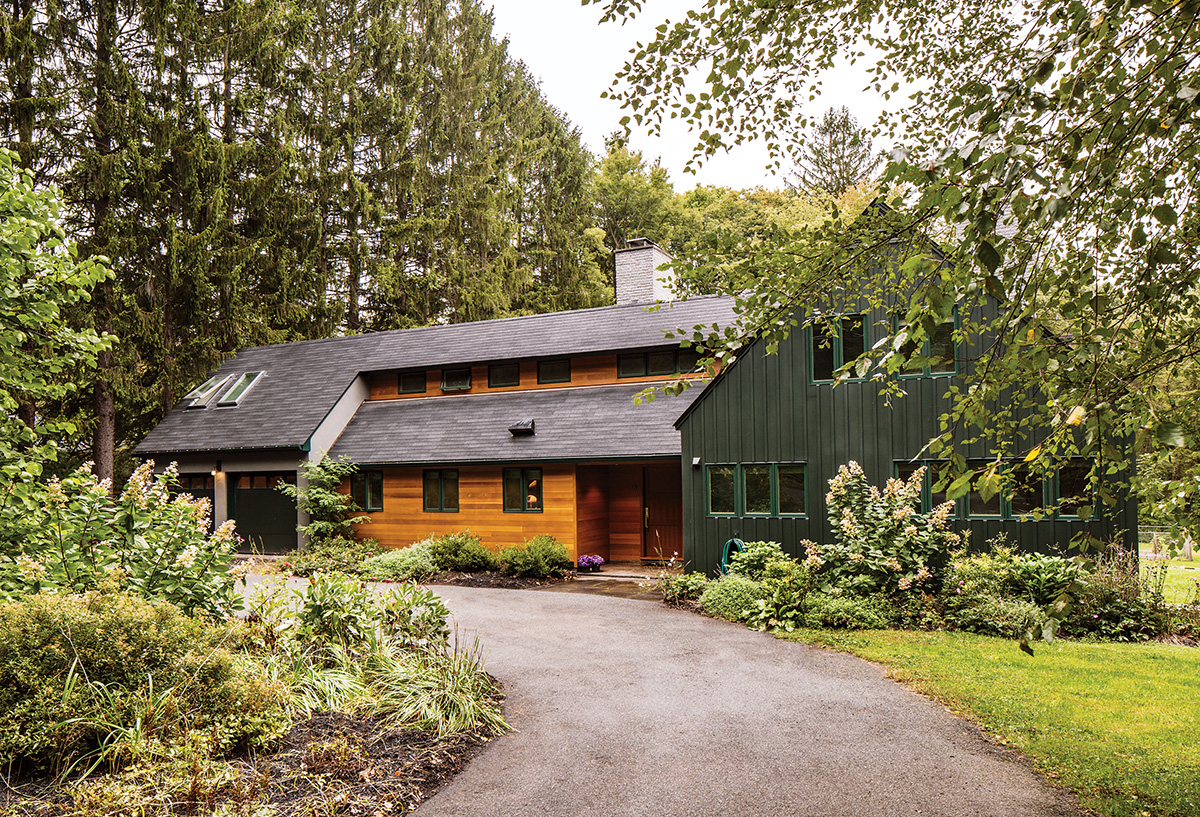 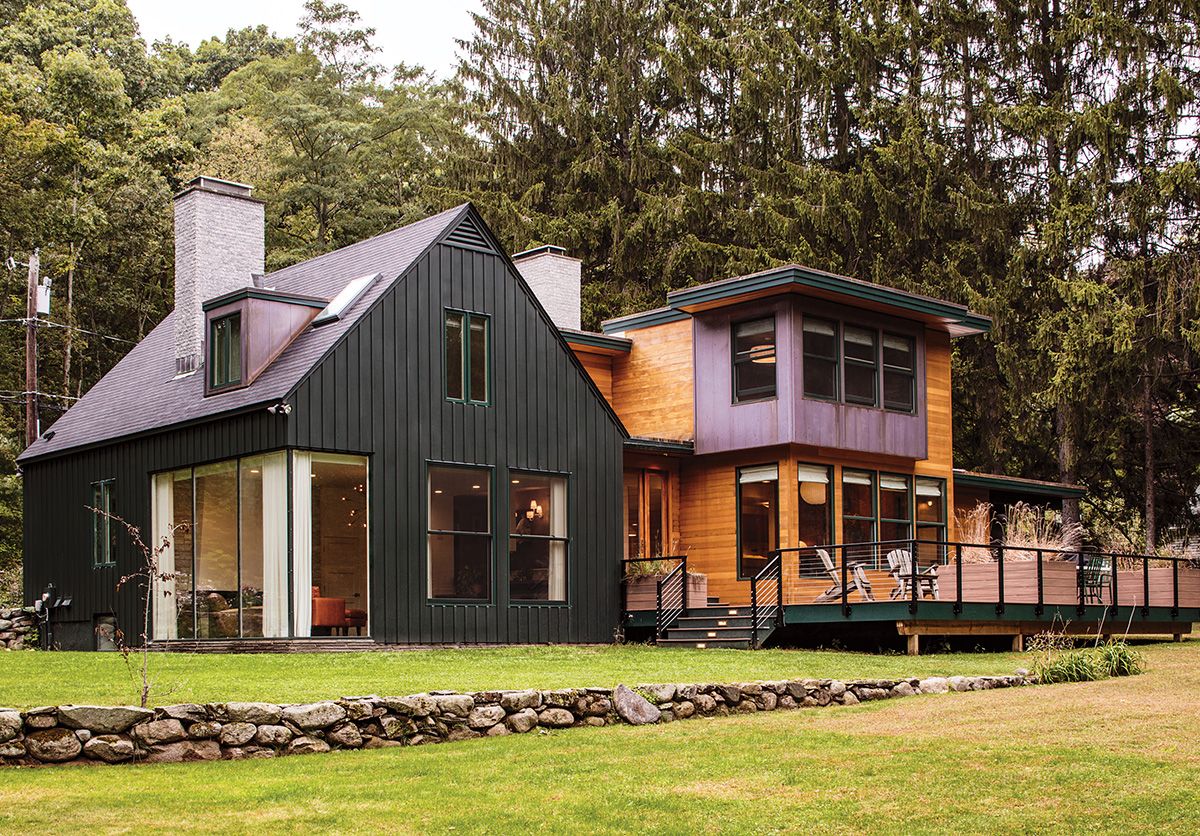 Back: New openings offer abundant views of the backyard.