Telematics company Geotab ranked 15 major U.S. cities based on their square footage per capita of roads, buildings, and green space. 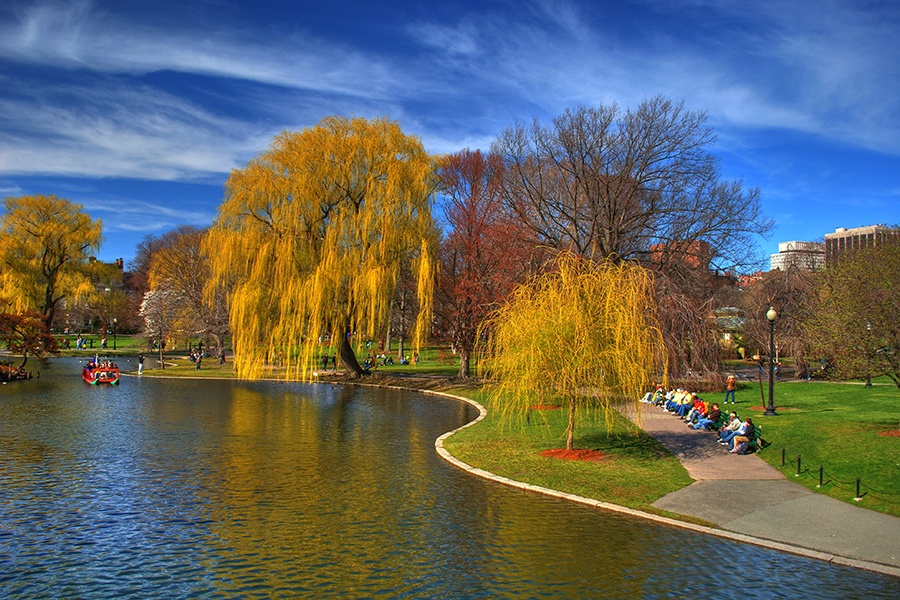 Photo by cerebros1 via Flickr/Creative Commons

Quick: What’s your favorite park in Boston? Is it JP’s tree-filled Arnold Arboretum, the pristine flower beds of the Public Gardens, the art-populated path of the Rose Kennedy Greenway?

Well, according to a new study, the city needs to make room for some new favorites. Telematics company Geotab ranked 15 major U.S. cities based on their square footage per capita of roads, buildings, and green space. The analysts used a combination of OpenStreetMap aerial imagery and U.S. Census estimates to come to an upsetting conclusion: Boston ranks as the third lowest for green space density, with 168 square feet of park per resident—about a third of a typical tiny house.

Coming nearly last in the green space race is surprising for the city that hosts the Boston Marathon, and has been called one of the country’s best running cities. One piece of good news for the outdoorsy contingent: The Trust for Public Land recently found that every Bostonian can walk from their home to a park within 10 minutes, Curbed reports.

But do we have room for everyone to stretch out, play around, and actually enjoy those parks? It’s like getting to the beach and struggling to find a rectangle of sand for your beach towel. To really take advantage of our green spaces, we may need to create more of them.

As John Copley, principal at landscape design firm Copley Wolff sees it, we have nowhere to go but up: “Boston has been, and always will be a leader in open space creation and development and this will only continue as the city and real estate community continues to prioritize it and understand its countless benefits.”

And, he says, “If you compare to the other cities in the recent report, Boston’s land mass is relatively smaller, which certainly influences our ranking despite the quality and quantity of the city’s open space.”

Whether the low ranking is a result of insufficient civic commitment to building enough parks, a data analysis not skewed in our favor, or some combination of both, we’re hoping the study plants a seed for continued green space expansion.