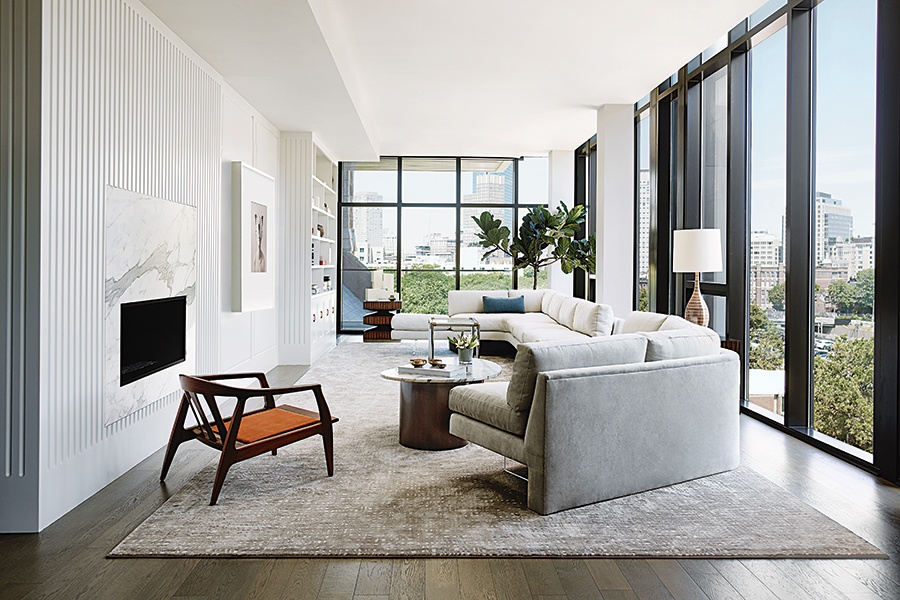 Before interior designer Lisa Tharp outfitted this living space in the Lucas, a 33-unit condominium residence in a former 19th-century church, for a pair of young professionals, it was all about the South End views. The interior of the glass-and-steel box, however, felt impersonal and cold. “The 28-foot wall was a blank canvas with no interest,” Tharp says about the stretch of Sheetrock facing the floor-to-ceiling windows. “Our goal was to transform that elevation. The view is spectacular, but the wall needed to hold its own.”

The design team collaborated with Modern Heritage to create fluted wood panels punctuated by a focal-point fireplace. The classic architectural detailing, done in painted wood, mellows what Tharp calls the “Bauhaus severity” of the architecture. She also notes that the polished marble surround reads as artwork thanks to its veining. Unsurprisingly, the fireplace is a favorite feature of the owners, who cozy up alongside it all winter. 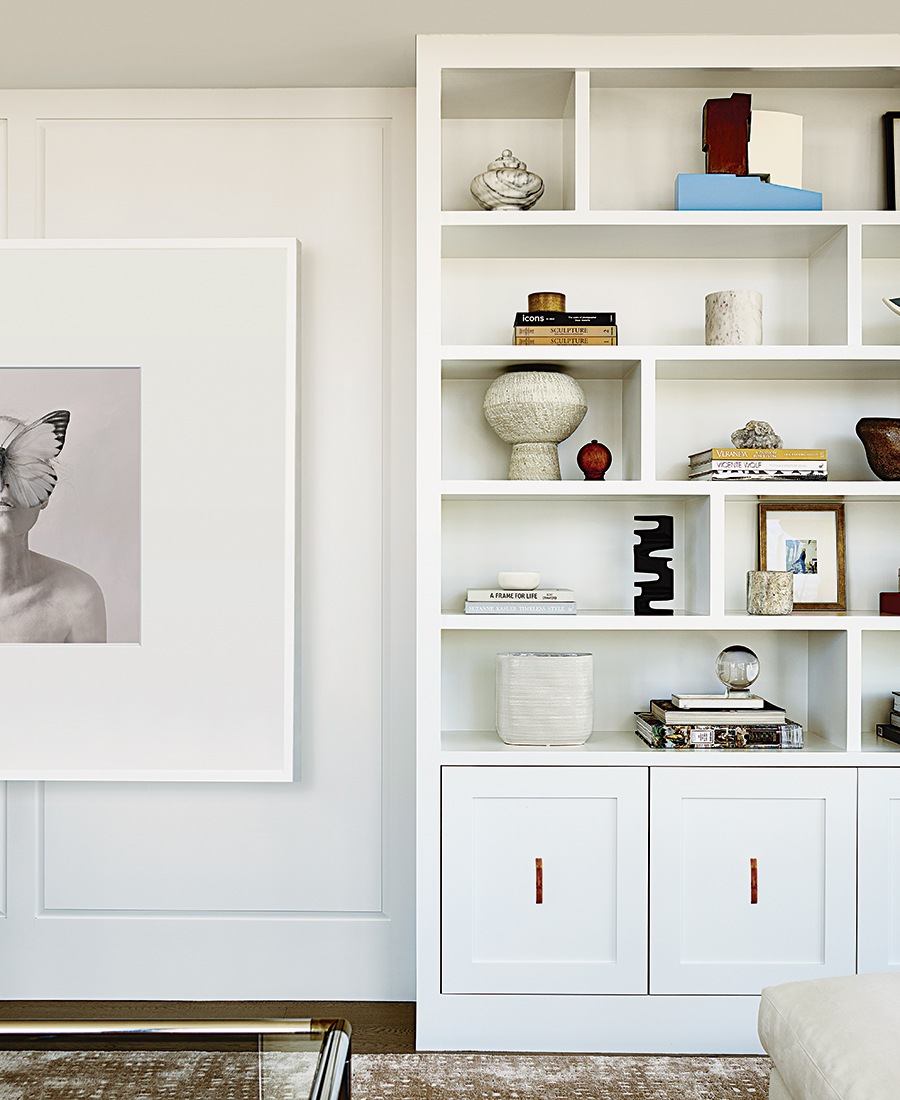 At the other end of the wall, a bookcase with an asymmetrical configuration of shelves that channel a midcentury vibe balances the rhythmic texture of the fluting. “There’s a playful breaking of the rules here by not ordering the bookshelves as perfectly aligned boxes,” Tharp says. Painted wood panels in the middle showcase a surrealist portrait by Flora Borsi from Lanoue Gallery that Tharp loves for its depth of white tones. “It’s as if she is sculpted from plaster,” the designer says.

Vintage Vladimir Kagan sectionals with Lucite legs hover atop a softly carved carpet that unites the long space. “The pieces are equally inviting for casual lounging or large-scale entertaining,” Tharp says, noting that both functions were imperative to the clients. The designer also points to the exquisite symbiosis of the furniture and architecture. “You are in a glass box floating above the city,” she says. The cantilevered sectionals “offer that experience on a micro level.”

The result is a nuanced space that is at once polished and relaxed. Most importantly, the design suits the owners, who embody “quiet sophistication and warmth,” Tharp says. “The outcome reflects them.”