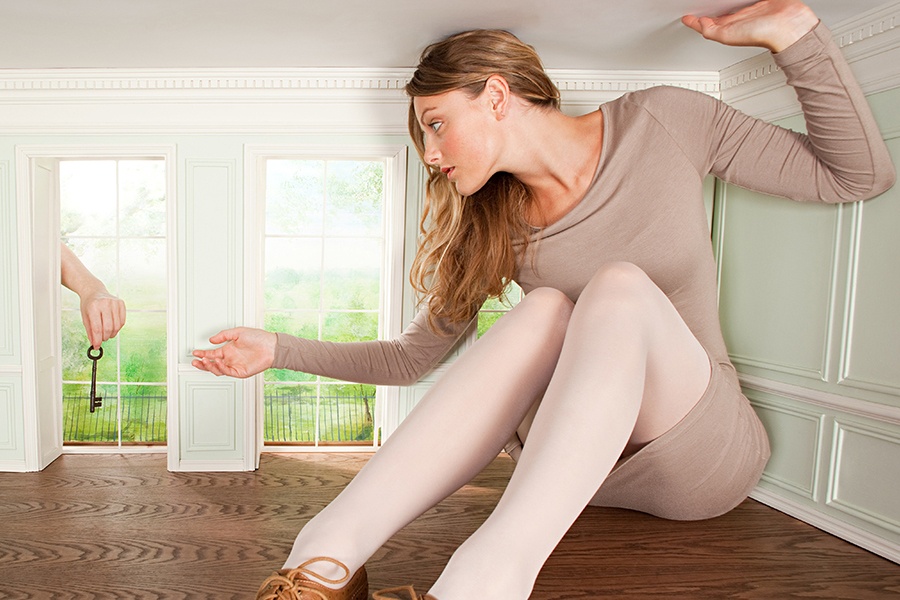 Zillow collected data looking at homes sold for over $1 million in the area since 2016 by quarter. At its peak, buyers paying $1 million or more on a house were getting a median of 3,531 square feet in the second quarter of 2016 (known to most people as April through June). Not shockingly, the median size went down from there, but over the last several years, data shows people paying over $1 million in Greater Boston were likely getting at least 3,000 square feet.

Then 2021 hit, ushering in the worst of the COVID-era market. In the first quarter of 2021, the median size of a home over $1 million nose-dived to 2,690 square feet as the market got more and more competitive, down over 300 square feet from the previous quarter. Since then, buyers breaking out seven figures to buy a home can expect listings with less than 3,000 square feet of space.

Put another way, between spring 2016 and spring 2022, the median home size for a property selling for over $1 million went down 786 square feet. (I guess the tradeoff is living in Greater Boston, right?) For context, that’s about the size of an entire Boston apartment (which is, according to RentCafe, on average about 811 square feet). 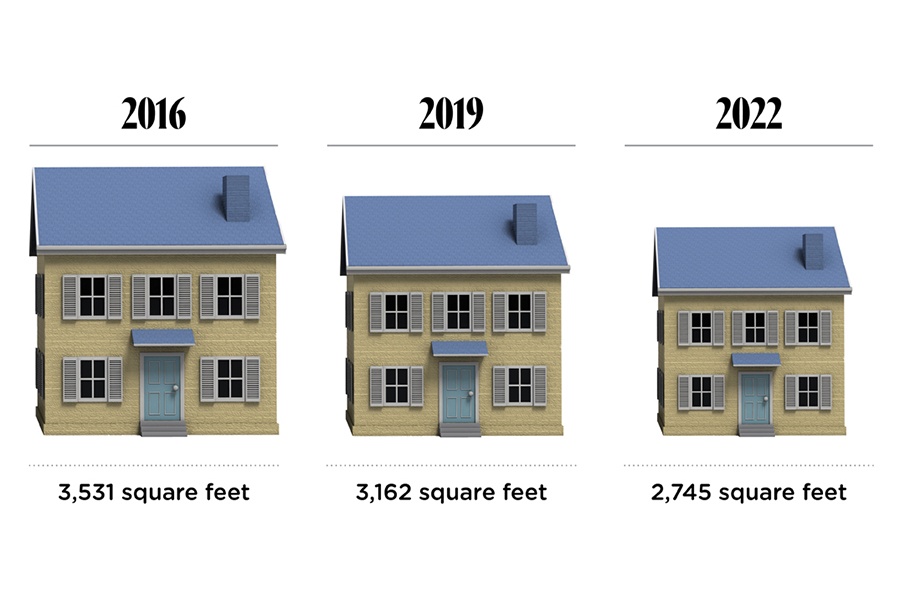 Here’s how houses have shrunk since 2016. Photo via Getty Images/ mevans, Illustration by Benjamen Purvis

Zillow also collected data on what percentage of home sales in Greater Boston were for homes sold for more than $1 million, which turns out to be just as illuminating about how bad the market’s been the last few years, thanks to a combination of COVID, low inventory, and high competition from people wanting to take advantage of low interest rates. Even before the pandemic sent people scrambling for bigger (and more expensive) places to live, the percentage of Greater Boston home sales that were over $1 million crept up each year.

Then 2020 hit: Suddenly home sales in the seven figures went from making up about 6 percent of sales in Greater Boston to making nearly ten percent of sales (meaning one in ten homes sold at the end of the year sold for over $1 million). And while many associate 2020 with a home buying frenzy, the data shows 2021 was even wilder: At one point in the late summer/early fall last year, over 11 percent of homes sold in the area went for over $1 million.

It’s still a bit early to tell how the market will fare from here. The latest numbers show that after a drastic dip, nearly 10 percent of homes were selling for seven figures. The Greater Boston Association of REALTORS just released their monthly market report for August showing the median sales price hit an all-time high last month at $825,000 for a single-family home. So the moral of the story might be to stay away from the market a little longer…lest you want to spend a ton of money on a home with only two full bathrooms.