A Mamaleh’s Bagel Beer Is Brewing in Cambridge

The CBC rye lager will be on draft in June at both Kendall Square spots. 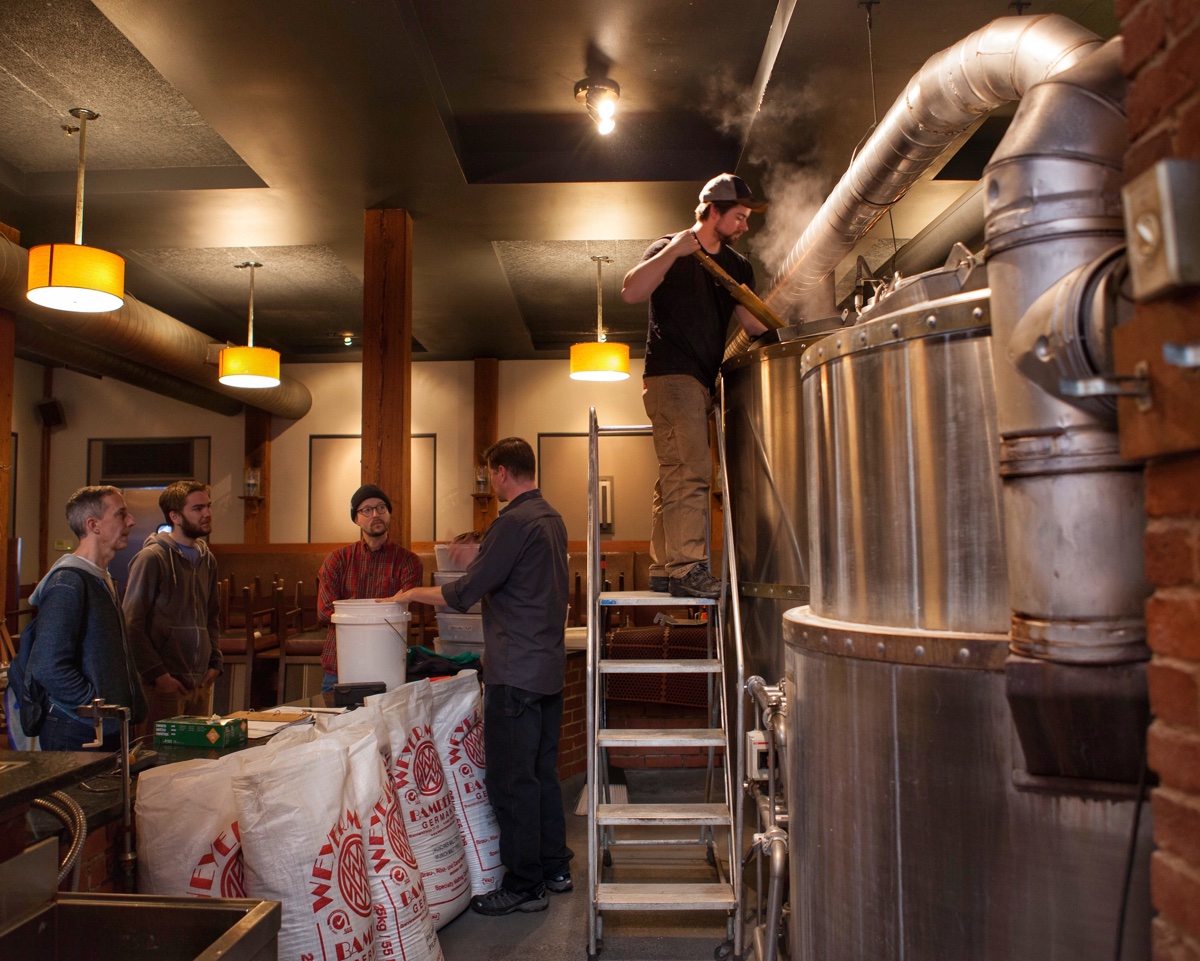 Cereal grains are one of the main ingredients in beer—why not bagel grains? Cambridge Brewing Company put this idea to the test yesterday with a collaboration with neighbor Mamaleh’s. The resulting beer—called Lox Up Your Daughters—will debut at both the brewpub and Jewish-style deli in early June.

The idea for the collaboration—and the cheeky name—comes from assistant brewer Kevin Dwyer, says Cambridge brewmaster Will Meyers. Over about a month, Mamaleh’s passed their day-old bagels through the restaurant slicer and saved the pieces for the brewpub—minus garlic, onion, and everything varieties, for obvious reasons.

“We used plain and sesame, but our biggest focus was on their rye and pumpernickel, their dark bagels, because those just have such an awesome flavor,” Meyers says.

Yesterday, Mamaleh’s co-owners Alon Munzer and John Kessen and an employee joined the CBC team in the brewhouse. They stirred about 50 pounds of bagel pieces into a 600-pound mash of barley and rye malt, Meyers says. 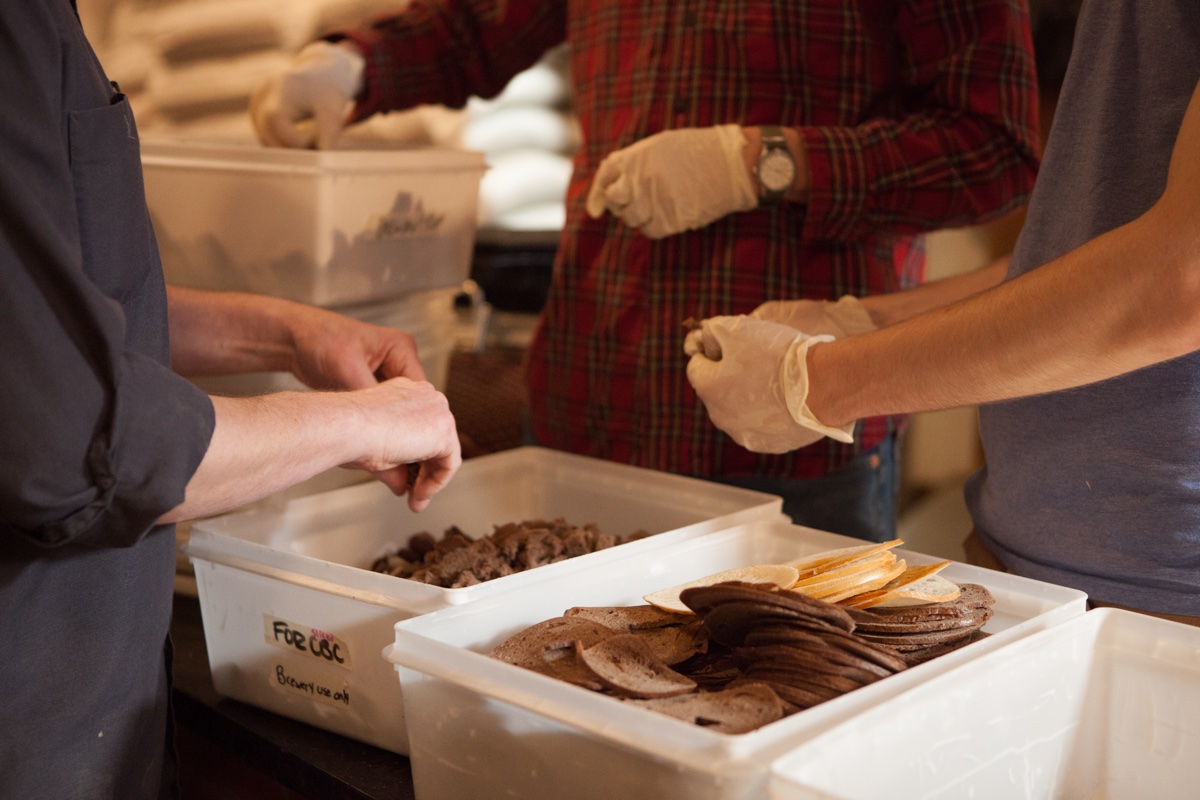 50 pounds of Mamaleh’s bagels went into the making of the collaboration beer. / Photo courtesy of Cambridge Brewing Company

“We mix everything by hand here with a rowboat paddle, which [the Mamaleh’s team] got a kick out of. We all took turns adding grain and bagels,” he says. “They’re right across the courtyard, so they were able to come back four or five times throughout the day to see the different processes of the wort.”

The CBC team pitched yeast into Lox Up Your Daughters last night, and it will ferment for a couple weeks. Then, it needs three or four weeks to cold-condition (a process called lagering) before it will be tapped.

Cambridge Brewing Company produces its packaged beers, like Remain in Light hoppy pilsner, at Wachusett Brewing in Westminster, and also shares a 20-barrel brewhouse with Mystic Brewing in Chelsea, where its champagne-style bottled beers are produced. But Meyers and company make a slew of unique brews on a 10-barrel brewhouse in Kendall Square, including frequent collaborations.

“A lot of our collaborations come about through interesting conversations with a farmer, another brewer, or a baker or something,” Meyers says. The brewery focuses on efficiency, both production-wise and environmentally, and minimizing waste—like making use of day-old bagels.

“I really enjoy using waste stream ingredients, or invasive plants, or other things that allow people to be more open-minded about the way we consume things,” he says.

We’ll drink to that. Keep an eye on Cambridge Brewing Company’s social media for updates on Lox Up Your Daughters’ debut.