The inventive bartender wants to open his own casual, "neighborhood-y" bar. 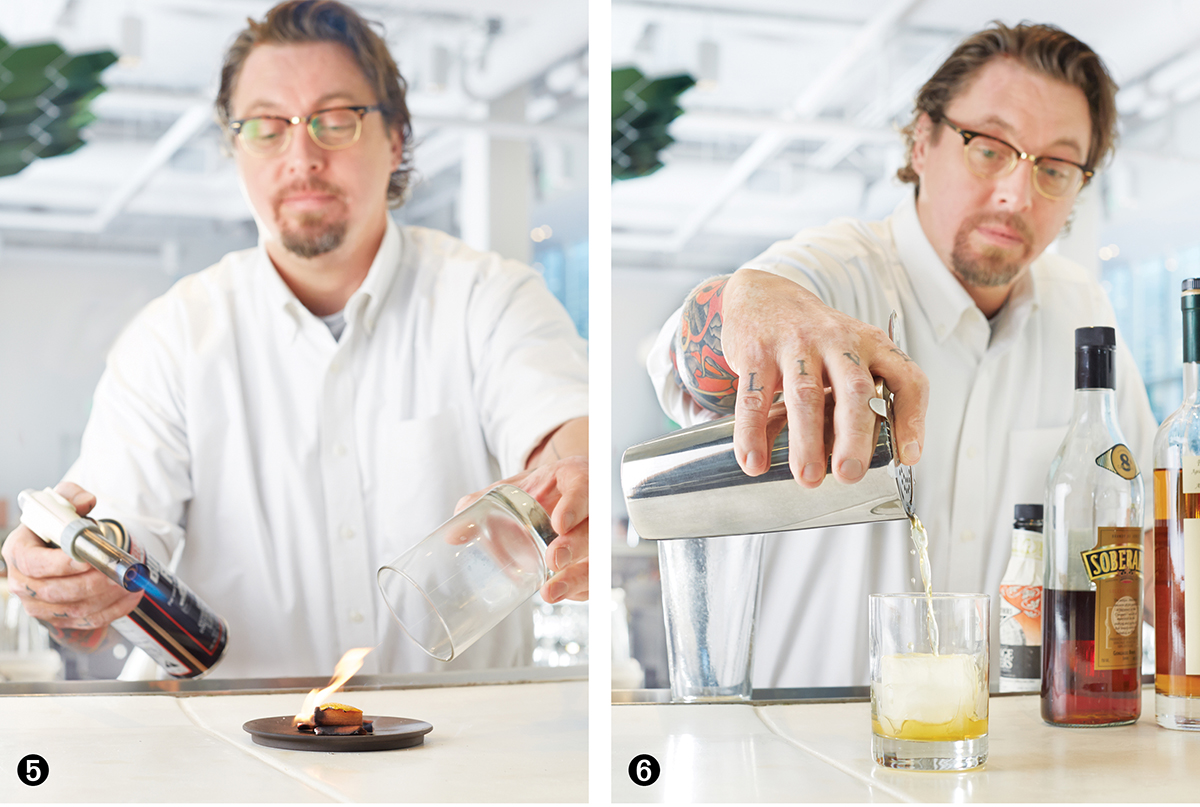 UPDATE, May 15, 2:30 p.m.: Not only will June 14 be Todd Maul’s last day at Café ArtScience, it will also be the restaurant’s last day for a short while. Café ArtScience will close after service that night, David Edwards just announced, “and reopen in late June with a new look, and a new program involving exhibitions and unique food experiences with international chefs, artists, designers, architects, scientists and other creators.”

During the hiatus, the affiliated events space Le Laboratoire “will move inside the new café to bring more art, more science, and the pioneering aesthetic we have been looking to bring into the café since we first opened,” Edwards says in a statement. The changes will also be an effort to make Café ArtScience more of a daytime hang, he adds.

Until June 14, the restaurant is open regular hours.

If you haven’t yet checked out Todd Maul’s science-driven bar program at Cafe ArtScience, what on earth is stopping you? Now it’s imperative to make the trip to East Cambridge: The head bartender just announced he’ll be leaving the restaurant in mid-June.

I will be finishing up my time at CAS 6/14. Please stop and and see me before. #muchokev

Reached on the phone this evening, Maul says he’s leaving in search of “ToddTopia.”

“There’s an itch. A friend of mine once said to me, ‘Where is ToddTopia?’ I realized that’s what I want to be moving toward at this stage in my career,” he says.

Maul was an opening partner, along with founder and Harvard professor David Edwards, of the innovative, French-inspired restaurant-cum-science lab. Over three years at Café ArtScience, he has flash-infused and centrifuge-separated drink components, improved date night, and created many a daiquiri drinker. He’s the reigning Best Bartender in Boston. Before he signed on with the forward-thinking team in Cambridge, Maul was a well-respected bartender at Ken Oringer’s late Clio.

Maul has only good things to say about Edwards and the vision of Café ArtScience, but the father two is looking to open his own, neighborhood bar, he says.

“I’ve spent 20 years of my restaurant career near fine dining, [but now] I see dining moving away from that,” Maul says, referencing places he likes to drink, like Trina’s Starlite Lounge. “At the end of the day, to me, I’m just a bar guy at heart.”

His ideal spot would be smaller than his current restaurant, with simpler food—a sit-down spot with well-made drinks and casual snacks, he says. Before that happens, he plans to do some guest bartending stints, pop-ups, and consulting, as well as spend time with his family.

“I’m sorry to be leaving the wonderful people [at Café ArtScience], but at the end of the day, I kind of got to follow my bliss, as it were,” Maul says.

Café ArtScience, which also just lost executive chef Brandon Baltzley, is committed to its mission of being a forward-looking restaurant, Edwards says. New creative leadership will be announced in the coming weeks, as well as new programming Edwards will only hint at today.

“We have a cultural center, Le Laboratoire, next to the café, and for the past three years there’s been very little mixing of the two. Since the café is a popular, public spot, there’s a great interest on my part of blending the two, that makes the food and drinking experience more enriching, and invites the public more into the future of food, more than we do right now,” he says. “We are transitioning. We are committed to delivering the great food and drink that we’ve delivered, and more.”

For his part, Edwards says Maul is “like a brother” to him. “I know he will go on and be super successful,” he says.

Stay tuned for more details on “ToddTopia” (we imagine that’s a working title), as well as the future of Café ArtScience. In the meantime, you have until June 14 to have Maul make you a drink at the Cambridge bar.