Oxbow Brings European and American Brewers Together for a Pilsner Festival

The crisp Italian pilsner is a cause for celebration in South Portland this summer. 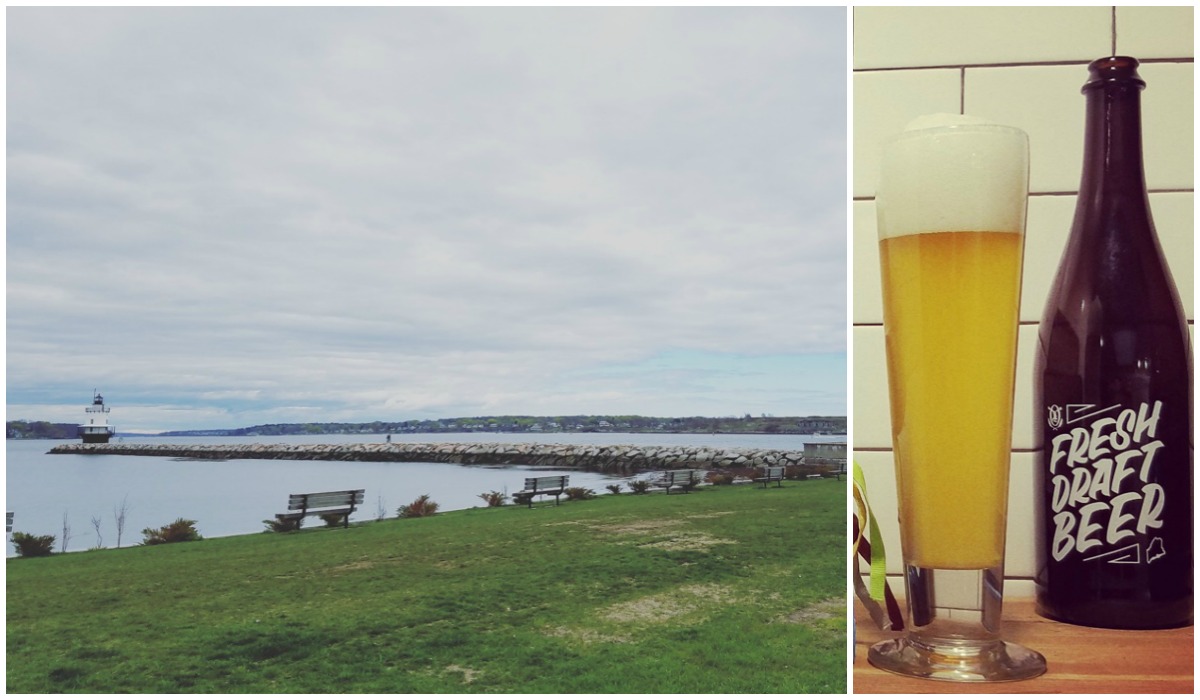 Tim Adams, like many craft producers, was enamored with the quality of Italian food and drink long before the Oxbow founder made his first trip there. But a visit about four years ago opened the door to a a world of new partnerships. Now, Oxbow is teaming up with Birrifico Italiano to bring a celebration of Italian pilsners to the United States for the first time.

The festival, called Pils & Love, takes over a park overlooking the Spring Point Ledge Lighthouse in South Portland, Maine, in July. It’s inspired by Birrifico Italiano’s Pils Pride, which has been going on for 12 years.

Adams has never been to that particular fest, but since his first trip to Italy, he’s developed solid friendships and collaborative partnerships with fellow brewers there, he says. Oxbow has done the EurHop Festival in Rome several times, and created a lobster saison with Birrifico del Ducato, among other collaborations.

“Oxbow has a very specific focus on what we brew: farmhouse ales, fresh ones and barrel-aged, blended and sour ones, too,” Adams says. “We’re surrounded by saisons and sours, but you can’t drink those exclusively. Outside of the farmhouse realm, our favorite style of beer to drink is a dry-hopped pilsner.”

That technique—dry-hopping for additional aromas and flavor, without bitterness—is key. Birrifico Italiano founder Agostino Arioli invented the style about 20 years ago with Tipopils, a spin on his favorite German lager style, Adams says. While every American IPA and many other beers are dry-hopped these days, it was a progressive move back then, Adams says.

“He was one of the pioneers of the Italian craft beer scene. As new breweries opened up, they looked to him and dry-hopped lagers in that style. He created this wave,” he says.

Oxbow occasionally breaks from farmhouse styles with its Freestyle series; last year, they brewed an Italian-style pilsner and called it Luppolo, the Italian word for “hop.”

“The Italian brewers were psyched we were calling presenting it as an ‘Italian-style pilsner.’ We’re certainly not first to be inspired by Italian pils, but we’re the first to call it that,” Adams says.

As Birrifico Italiano is ready to expand the pilsner festival to the U.S., what better place than scenic southern Maine?

“It really is just going to be a beautiful festival, with not a lot of hooplah and merch and swag. It will be simple and well-presented, and focused on the beautiful golden liquid in your glass, the lighthouse on Casco Bay, and the Portland skyline,” Adams says.

Pils & Love will feature more than 40 different, European-style pilsners, be they Italian, German, Czech, etc., Adams says. Check out the initial lineup of participating breweries below.