Café du Pays will open this summer in the former Hungry Mother space. 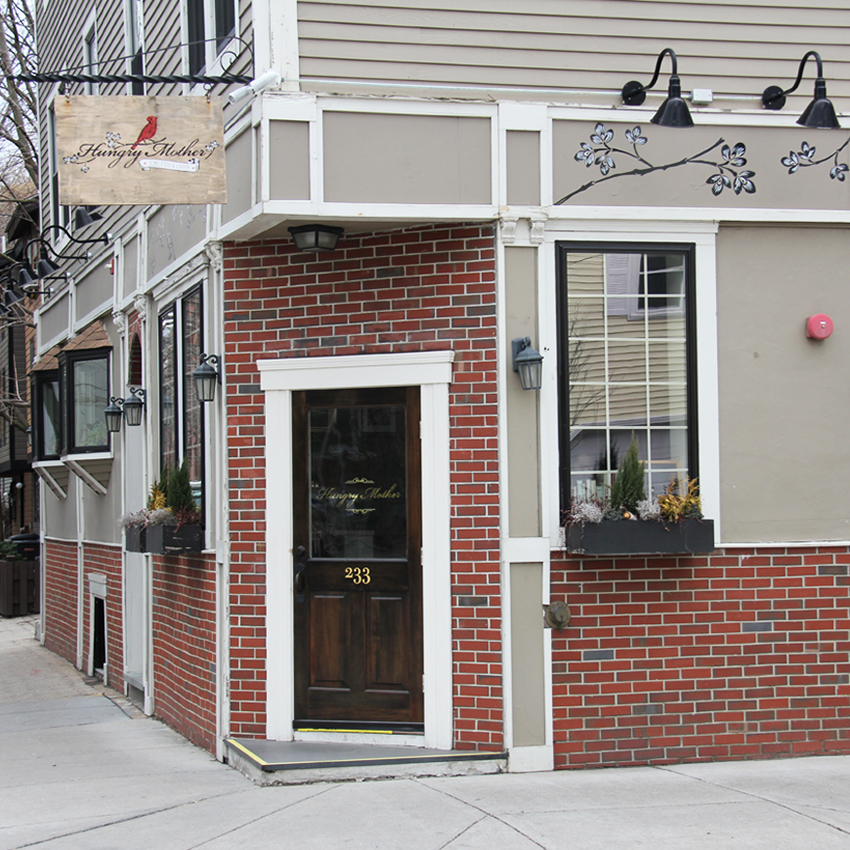 If you’re unfamiliar with French-Canadian cuisine, the focus of Café du Pays, opening this summer in the former Hungry Mother space, rest assured knowing that a familiar person will be running the kitchen. Daniel Amighi, former chef de cuisine at La Brasa, is head chef at the latest venture from the owners of State Park and Mamaleh’s.

Amighi, a graduate of the New England Culinary Institute in Vermont, has also cooked at Bondir, and was sous chef at Tim Maslow’s Ribelle and Strip-T’s. He launched the fun dinner party pop-up Further Food Stuff with Patrick Gaggiano while he was at La Brasa, and was most recently sous chef at David Punch’s Little Big Diner. Amighi is a 2015 Zagat 30 Under 30 nominee.

Hungry Mother shuttered in 2015, much to the chagrin of food fans across the city, and chef Barry Maiden left the restaurant group. In seven years of operation, the upscale Southern spot had racked up Best of Boston awards ranging from best romantic restaurant, to best host, to general excellence, and more. The space at 233 Cardinal Medeiros Ave. has been vacant ever since. At one point, the team considered putting their Jewish deli there, but the dual-concept Mamaleh’s works better where it ended up, in the larger, former West Bridge location, says co-owner Heather Mojer.

The team’s seven co-owners also include Rachel Miller Munzer, Alon Munzer, John Kessen, pastry chef Rachel Sundet, chef Tyler Sundet, and Mojer’s fiancé, Evan Harrison. Mojer is the only one with French-Canadian heritage, but she knows many Bostonians can trace that lineage.

“There’s a long tradition of French-Canadians in the city. With Boston having such a vibrant, huge restaurant scene, we thought we could take the plunge on something so high-concept,” she says.

Mojer’s French-Canadian family, the Martels, came to Massachusetts at the turn of the 20th century to work in the mills.

“We have extremely deep roots, but we haven’t been in Québec for 100 years. Our story is more of the immigrant story, or the New England story,” she says. So, with Café du Pays, “We’re not trying to do the Martin Picard-sugar-shack authenticity. We’re doing the New England version of it, when you had meat pies at Christmas or New Year’s, or you had those dishes that your friends without a Mémère didn’t grow up with.”

The menu is still in development, especially with a summer opening; traditional French-Canadian cuisine is hearty. There will likely be a focus on spoils from the New England seacoast to start, and seasonal vegetables.

Mojer says she believes Amighi will take creative license with simple dishes from her childhood, like ragoût de boulettes (a sort of meatball stew with broth and potatoes). One bar snack, gorton (also called corton, or cretons), could also surface: It’s a rich, pork fat spread, often served on toast as a traditional part of a Québecois breakfast.

“We’re trying to promote the bar in this place, because the Hungry Mother bar was so beloved by everybody,” Mojer says.

Expect a succinct lineup of small plates to share over drinks, plus a couple entrée-sized dishes, and potentially a large-format plate or two.

Beverage-wise, there will be a focus on French spirits, like cognac, armagnac, and vins de liqueur, plus whiskeys, and New England-y ingredients like maple syrup and Atlantic sea salt. There will be French wines, and beers from Québec and northern New England; Mojer is excited about a keg on the opening menu from Dieu du Ciel!, she says.

“We won’t be [highlighting] citrus juice or vodka, but we don’t want to be so high-concept that a couple couldn’t get a Cosmo if they wanted,” she adds.

A different orientation will give the illusion that it’s a larger bar than Hungry Mother’s, Mojer says. The spot will still have two restrooms. Now, the team is at the fun stage of a restaurant opening, Mojer says: Hitting the antique markets and getting it ready to debut. Café du Pays will open in July.