Alexis Cervasio, founder of the decadently wacky pop-up dinner series, is serious about your good time. 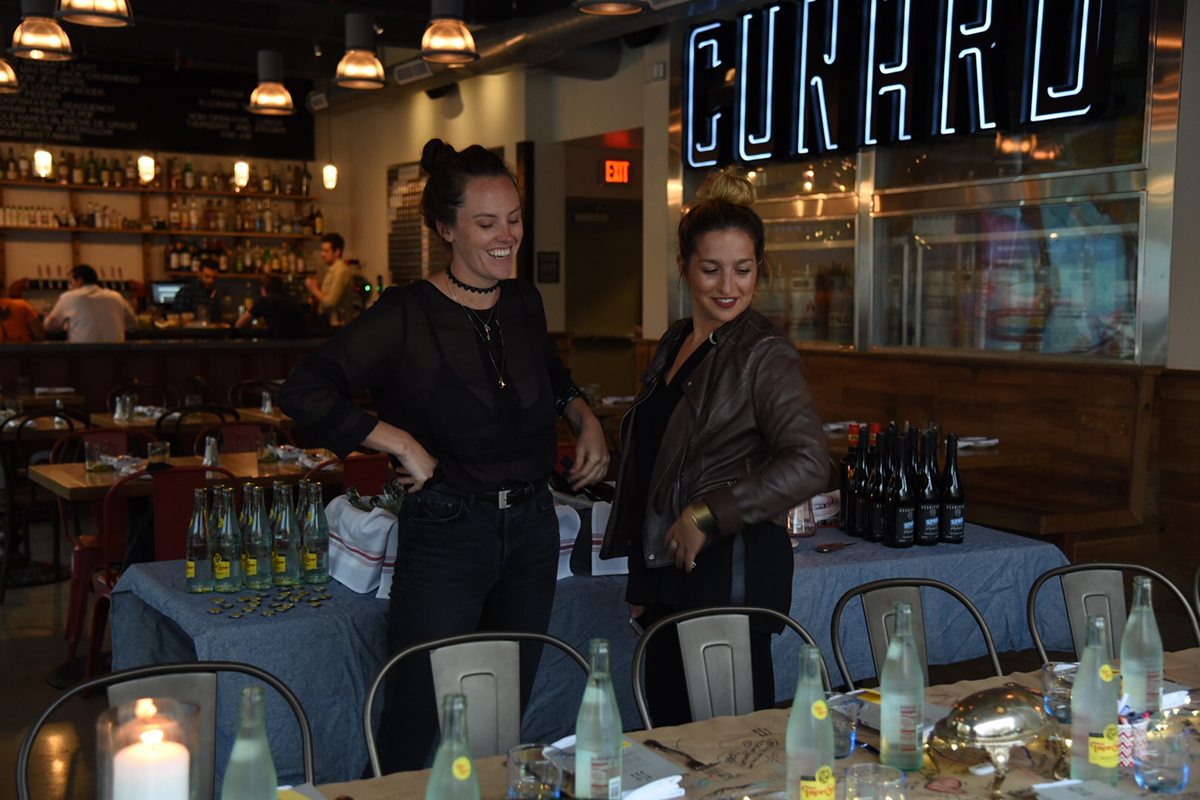 It took three years, but Alexis Cervasio has faked it ’til she made it. The hospitality pro just quit her full-time job at a busy Park Plaza restaurant, and she’s focused full-time on the decadently wacky pop-up dinner series, East Boston Oysters, that she started on a whim.

EBO is throwing itself a third birthday disco next month—but if you aren’t already on Cervasio’s email list, we can’t promise you’ll get to attend.

Over the course of three years, the Improper Bostonian‘s best pop-up East Boston Oysters has created a scene that’s as welcoming and joyous as it is exclusive. Its chef dinners and meet-the-farmer parties—always held in a “secret” location, always held in East Boston—typically sell out within hours of Cervasio hitting “send” on the email newsletter announcing tickets. People sign up for EBO parties without knowing where they’re headed, nor what they’re in for.

“We’re looking for a specific market, the adventurous diner,” Cervasio says, a North End native for whom “hospitality runs in my blood.”

Before doing EBO full-time, Cervasio was, most recently, a floor manager at Doretta Taverna & Raw Bar. She moved to East Boston a handful of years ago, from Winthrop. She would often visit KO Pies and just walk around Eastie, and she started noticing so many under-the-radar bars, billiards rooms, and other locations, she says.

“I was like, ‘Why isn’t anything happening in there? Let me get my feet in East Boston.’ So I moved here and just tried to get the lay of the land,” she says. “I’ve always had an entrepreneurial spirit, and this is where it started.” 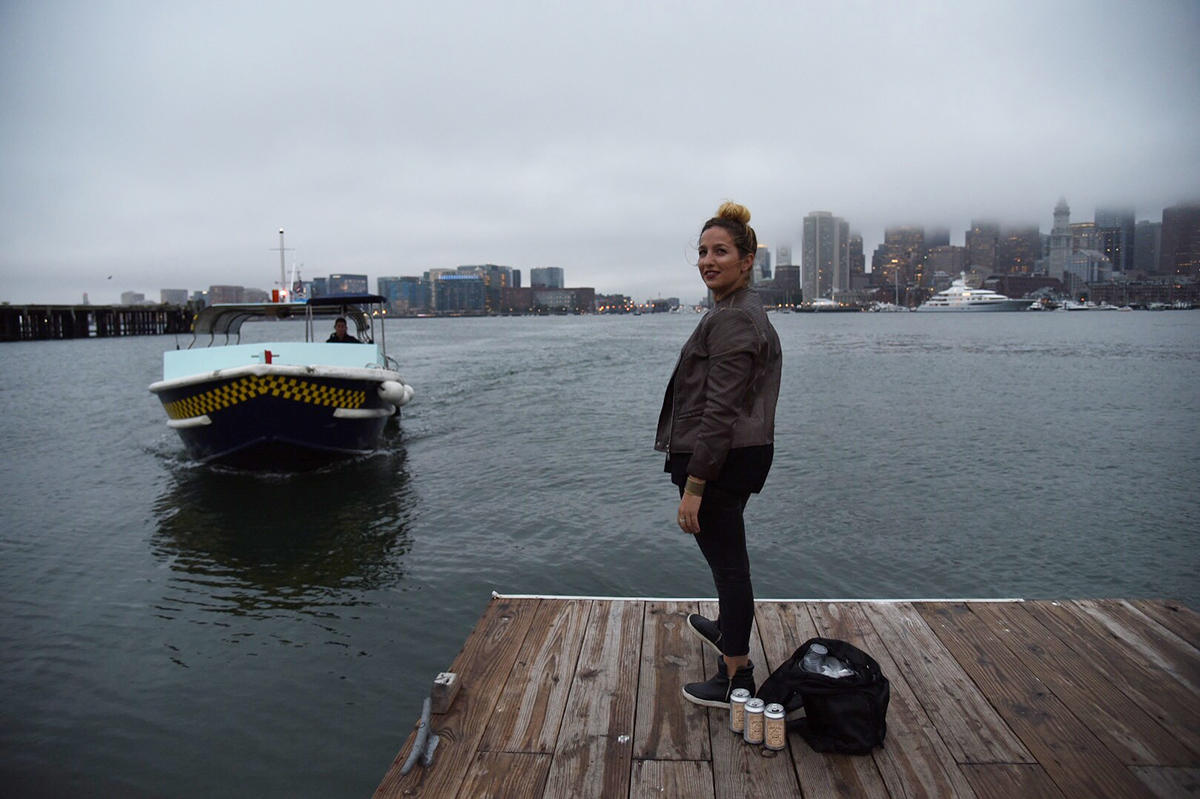 While EBO is over-the-top and exclusive now (even the corporate events arm it just launched), it wasn’t always. Hence “faking it ’til you make it.” Cervasio didn’t know what EBO was going to be at first, she says. There was nothing secret about its first pop-up. It was an intimate, five-course dinner for 25 people, cooked by a former Boston-area chef. While Cervasio enjoyed pulling off a ticketed dinner, the experience didn’t provide a clear direction for the future of the series, she says.

“I’ve gone to pop-ups in the past, before I started doing this, and there’s so much hype before that it doesn’t always live up to,” she says. “I’m a really intense, passionate person, and I wasn’t feeling it. There’s gotta be a way to make people feel. I want it to be an experience, a complete production.”

One thing she added was inviting oyster farmers. That was unique, Cervasio says—so many people love to eat oysters, but they don’t know about where they come from or how they’re harvested. Incorporating that element was big for the identity of EBO.

But the real turning point, when EBO went from just an underground dinner series to the hip phenomenon it is these days, was the first secret dinner. It was June 2015, and it was a collaborative dinner with Empaña, an East Boston-based Latin American food brand that has since become Buenas (which is currently crowdfunding its first brick-and-mortar).

“The high I got from sending the email…” Cervasio says. The missives she now sends out just before every event include the location reveal, but Cervasio also breaks her silence on other fun surprises.

“As far as location goes, any experience dining outside a regular table is exciting,” she says. “Right now, we’re trying to master the art of surprise. I think it puts value to what people are paying for.” 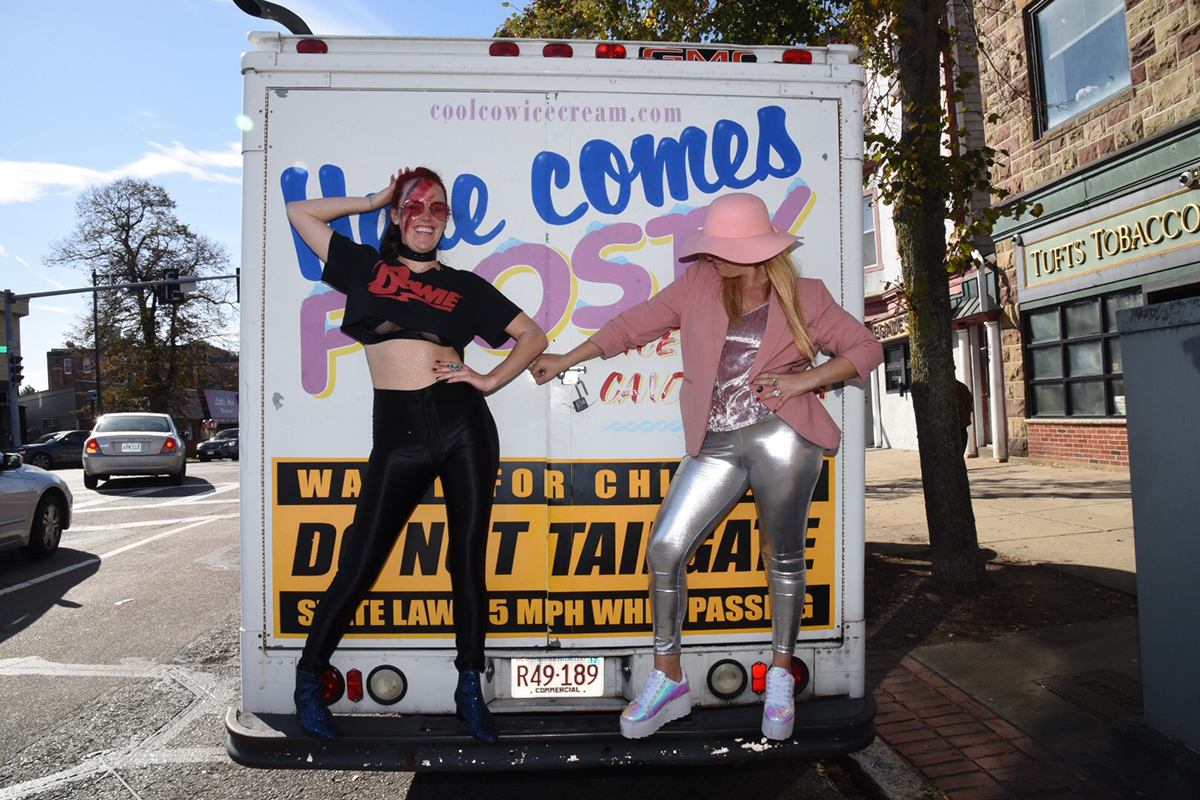 Some memorable moments include the snowy, January night when Cervasio built the raw bar out of a snowbank, and everyone had their first course outside. Then there was the festive, December 2015 dinner, which Cervasio recalls as the first pop-up that Grace Ghazey, now EBO’s creative coordinator, helped put on. It had a bunch of fun details to make it “like at Gramma’s,” a homely slant on a Sicilian Feast of Seven Fishes-type dinner—think fake poinsettias, paper plates, bowls of candy, and an actual cat rubbing up against guests’ legs underneath the table.

The most recent EBO pop-up, held October 22 in conjunction with Fenway’s buzzy new Eventide, sold out in record time. So EBO added a fourth session to the Sunday fun-day. In order to encourage guests to move on so EBO could quickly turn it over for the next session, Cervasio hired an ice cream truck to pull up outside with cups of Eventide’s Fenway-exclusive soft serve.

“We’re giving them the boot, but we’re doing it while handing them an Eventide token,” she says. Softening the blow of the end of the party that way was a late addition, but among the highlights of the event.

“Not everything is planned for every event when I sell tickets,” Cervasio notes. “I sell tickets, then it’s, ‘What else can we do?'” She understands that is a lot to ask, when she’s charging $90 (or more) for tickets. But that’s also the point.

“We built trust with our guests. The element of surprise is everything,” she says. “Now we’re talking to people who do, like, lighting. I never thought it would go there. Music, atmosphere—it’s every little piece of the experience.”

And every experience, really, starts with East Boston. Introducing new people to what’s going on across the harbor is why EBO exists, she says. Food and drink are just the means of getting them over. “This neighborhood is my pulse right now.”

East Boston Oysters—Cervasio, Ghazey, cocktail director Sebastian Cañas, and DJ Ryan Brown—is busy planning its third anniversary disco for Sunday, Nov. 12. Sign up for their newsletter—it’s your only way in. 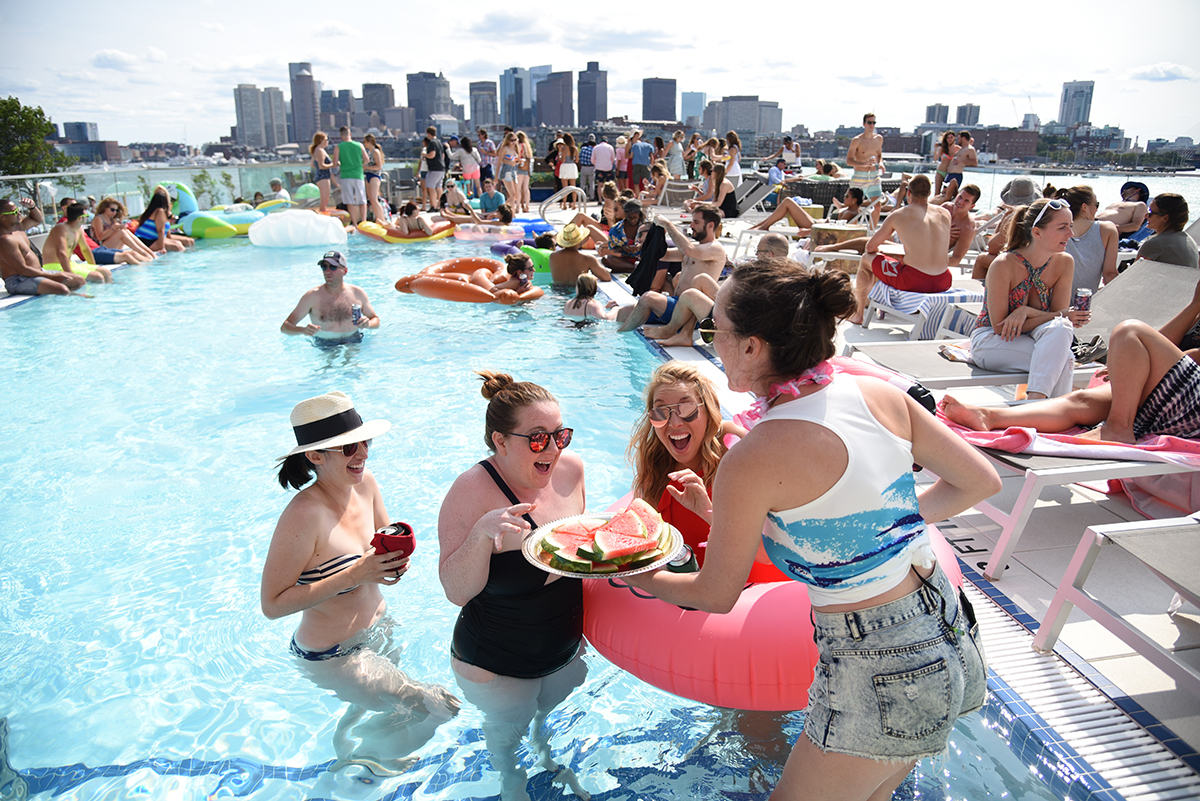