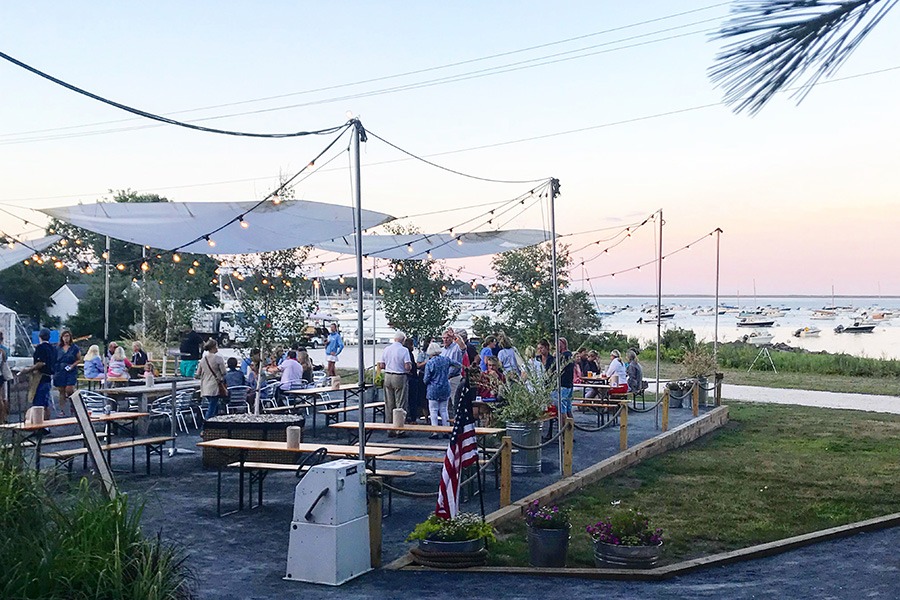 Oyster lovers can find Duxbury-grown Island Creeks on menus from Boston to the Bay Area, but for the first time, now they can also slurp right at the source. Island Creek Oysters has opened a casual raw bar at its 11-acre farm, overlooking Duxbury Bay where many of the bivalves grew from seed to snack.

The open-air bar repurposed a former Clover food truck to prepare icy trays of oysters and clams on the half-shell, shrimp cocktail, and tinned fish platters, as well as caviar accompaniments. It has six draft lines pouring craft beer from the South Shore, Boston, and Rhode Island; plus two draft wines and other by-the-glass and bottles options, including large-format rosé. There are also a handful of canned cocktails. The small menu is similar to what’s available at Island Creek’s Portland, Maine shop, says ICO president Chris Sherman.

From a group of restaurants to oyster festivals, pop-up shucking parties, farm-to-table dinners, and more, “so many of the projects we’ve done over the years have been in Boston, or Maine, or New Hampshire,” Sherman says. “Our oysters go all over the place. Very little of what we do as a brand exists in the community we call home.”

The raw bar is one effort to change that. Sherman, who’s been with the company for more than a decade, is one of many Duxbury natives on staff. Their hometown is important, he says.

“Island Creek is this strange manifestation of Duxbury’s maritime economy and its history, dating all the way back to the Pilgrims, and it’s an incredible contemporary version of it we’re living every day,” he says.

The oyster farm (which also grows some clams), located about an hour south of Boston, was founded by Skip Bennett in the mid-1990s. It has since grown into one of the world’s most recognizable bivalve brands. It maintains aquaculture operations in Duxbury Bay, and has a distribution arm that partners with other small-scale aquaculture farmers to sell seafood directly to chefs. Nearly 12 million Island Creek Oysters are sold around the world every year, the company reports. Bennett is also a partner in Island Creek-branded restaurants in Boston, Burlington, and Portland; Row 34 in Boston and Portsmouth, N.H., and Les Sablons in Cambridge.

Last winter, Island Creek purchased an 11-acre, former marine research campus in Duxbury. The company is in the process of moving all operations from rented facilities around town to the more consolidated space, and the new digs also provide more public-facing opportunities. Farm tours, for example, have recently expanded from casual meetings mainly with chefs and the media, to a more comprehensive, educational, and fun experience for locals and tourists, Sherman says.

The farmers themselves have learned a lot from “the mighty oyster.” Implications of growing sustainable protein sources, reinvesting in coastal economies, the maritime heritage of the U.S., and more are best understood as a precursor to a relaxing happy hour of oysters and a glass of rosé or beer, Sherman says.

“The food movement, even the smaller micro-movement of people being into oysters, has fueled everything we’ve done,” he says. The raw bar is “also a way to say thanks to supporters and invite them to come see it in action.”

The Raw Bar quietly debuted earlier this week, and starting today, it’s open Tuesday-Sunday from noon until to twilight. In the future, it could move to a year-round location on the farm, but for now it’s open until it’s too chilly to shuck oysters outside.

Farm tours are offered Wednesdays-Sundays from late May through September. 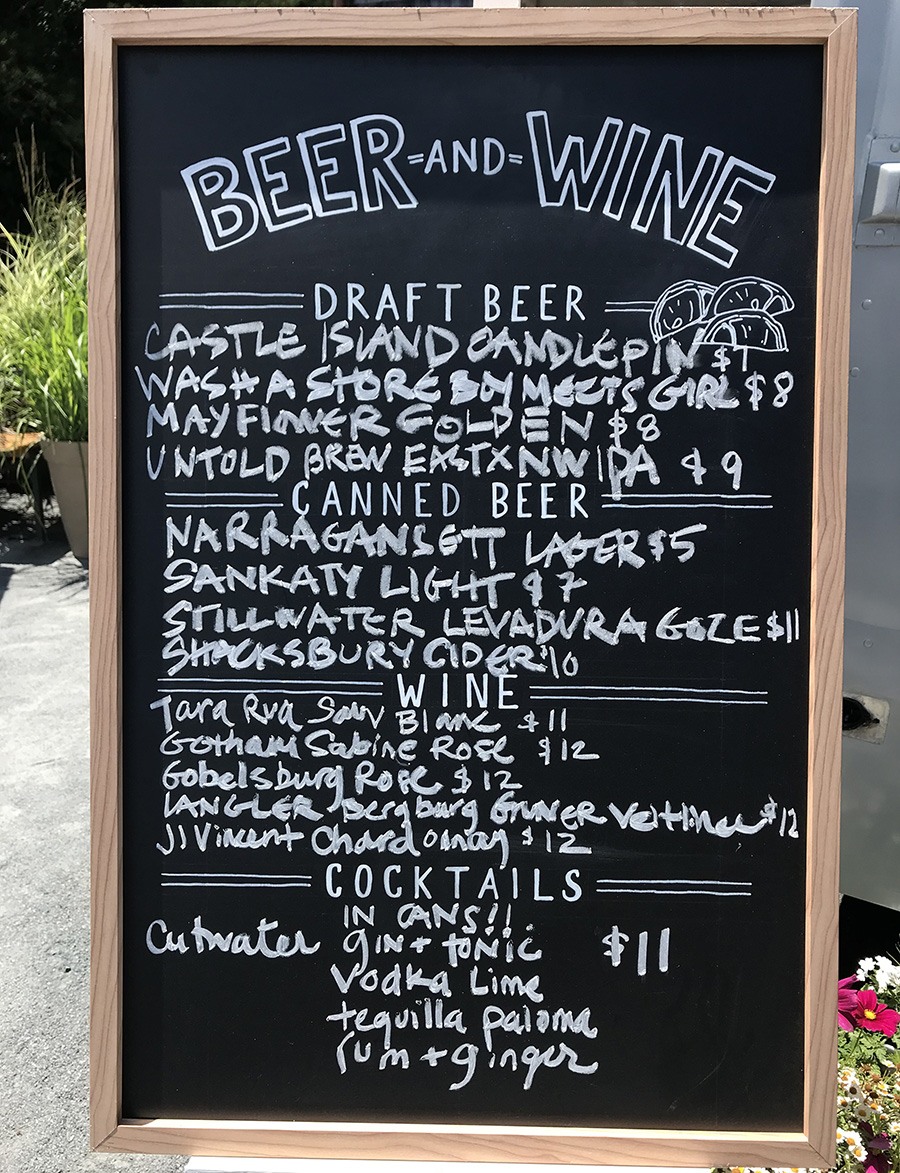