The hidden gem is now easier to find with a new, Mass. Ave.-street-level entrance. 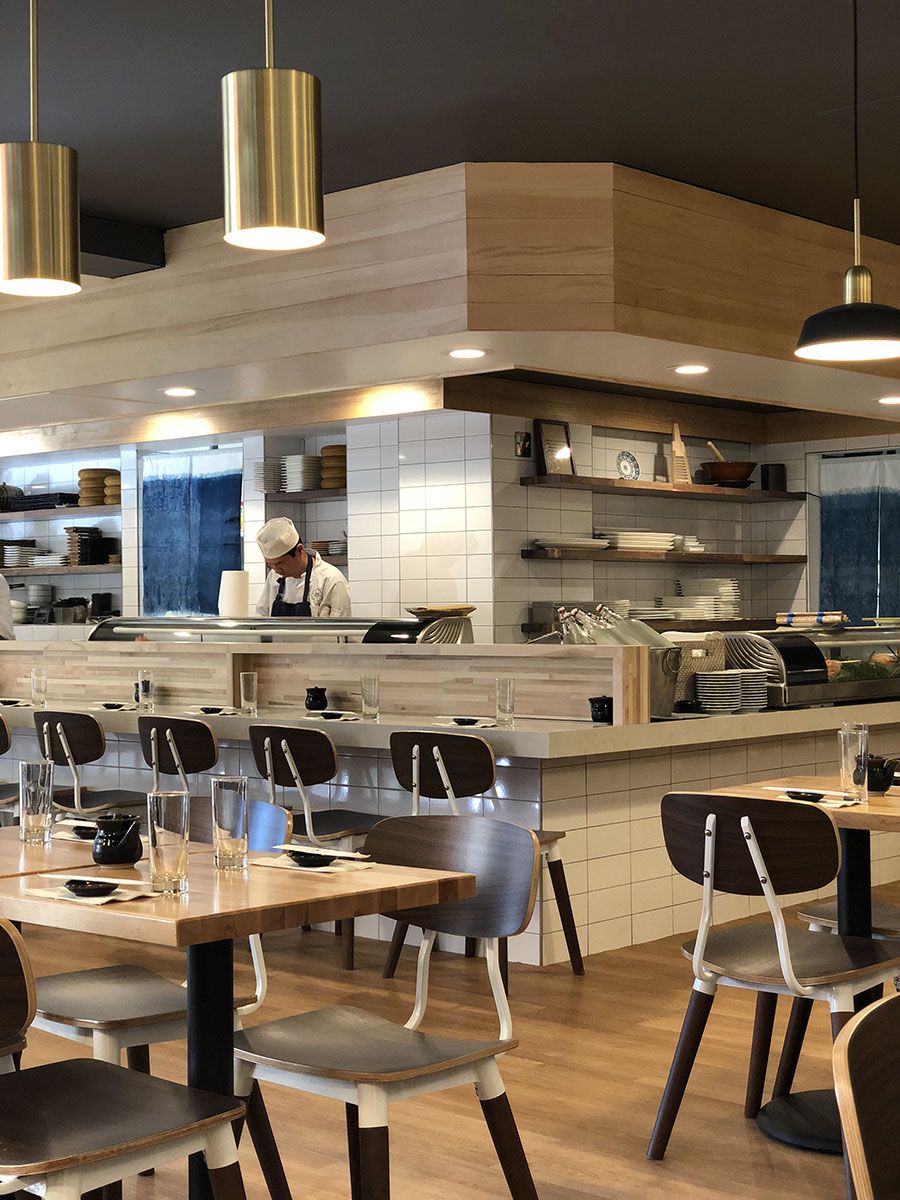 Counter seats are the move at Café Sushi. / Photos provided

If it’s been a minute since your last chef’s sampler at Café Sushi, it’s high time to return. The 34-year-old Cambridge mainstay unveiled a transformative new look last month, the first substantial update to the place since well before chef Seizi Imura took it over from his parents in the mid-2000s.

After establishing his career in California under sushi master Mitsunori Kusakabe, the second-generation restaurateur returned to Boston in 2007 and took Café Sushi from a $1 Sunday spot to an award–winning sushi bar highlighting impeccable seafood. With an unassuming entrance—a small flight of stairs above the street, in a dated strip mall development on the edge of Harvard Square—it became a hidden gem and industry favorite.

Inside, the institutional blue carpeting (c. 1993) was worn to shreds in places.

“Ever since me and my wife got back from the Bay Area, we knew the restaurant needed a facelift, or we needed to move. We looked into both,” Imura says, ultimately deciding the risk of losing staff wasn’t worth relocating.

But the renovation ended up taking nearly five years. Shortly after Imura and his wife, Mindy, began talking with Joe the Architect, Mindy became pregnant with twins. And as the Imura family grew, so did the Café Sushi team.

A couple years ago, an adjacent storefront became available, and Imura took it over, initially intending to add more Café Sushi seating, or possibly even a sake bar, he says. But eventually, Imura realized he really needed more storage and prep space for his staff.

Making that room upstairs, most noticeably, has freed up a street-level entrance that was blocked for many years by boxes of paperwork and other clutter. For the first time in at least a decade, Café Sushi now has a doorway right off Mass. Ave., instead of having its main entrance on the catwalk.

The team installed a wooden bench and a window-facing drink rail in that sidewalk-level space, so there’s actually a comfortable place now to wait for a seat at the sushi bar. Upgrades that guests won’t see include laying new pipes, and updated electrical wiring. Inside, the Imuras and JTA retained the most nostalgic design element at Café Sushi: the glowing blue neon signs.

In the dining room, light wood laminate flooring replaced the tired carpeting, there are modern new light fixtures and furniture, and Mindy installed a gallery of Imura family and Café Sushi photos. Justin Kelly Contracting led the buildout, which went piecemeal until a necessary, 10-day closure in July for the final touches.

“It feels like a brand new restaurant. Finally after 11 years, it’s moved onto the next generation,” Imura says. “We saved some elements of the old Café Sushi, but we are always thinking about evolving.”

Café Sushi is open Monday-Saturday for lunch, and nightly for dinner. 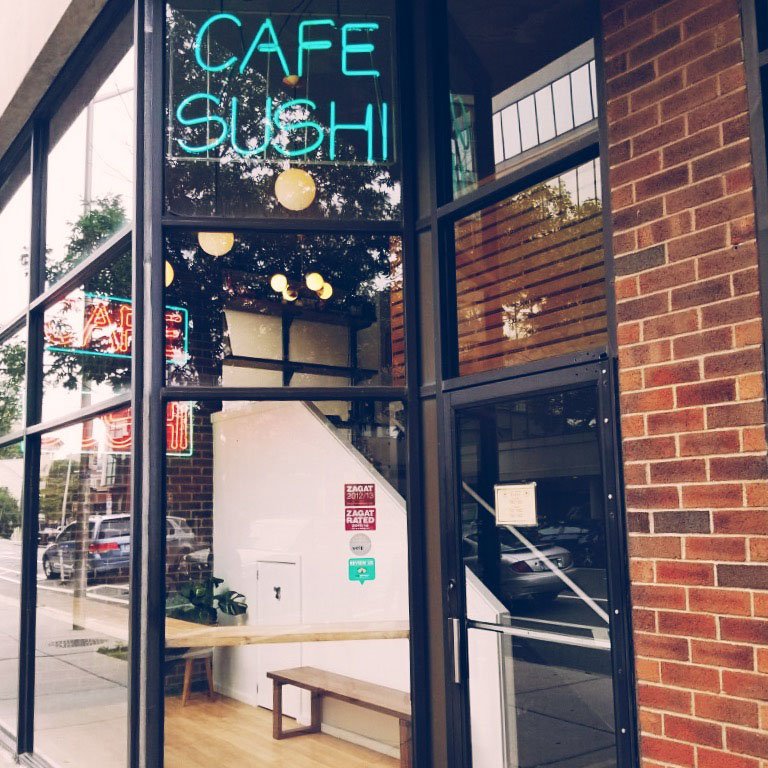 The main entrance to Cafe Sushi is now directly off Mass. Ave. in Cambridge. / Photos provided 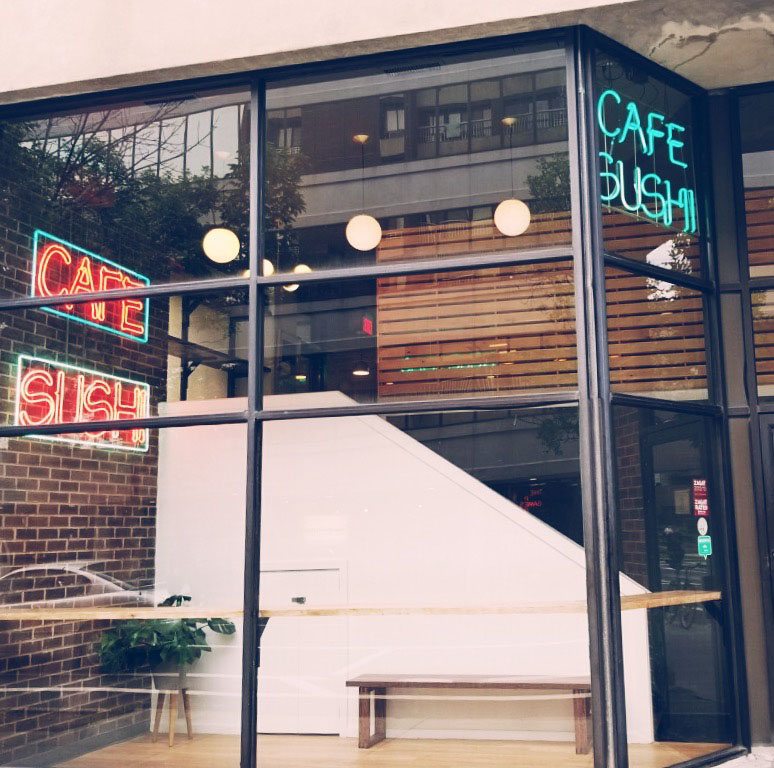 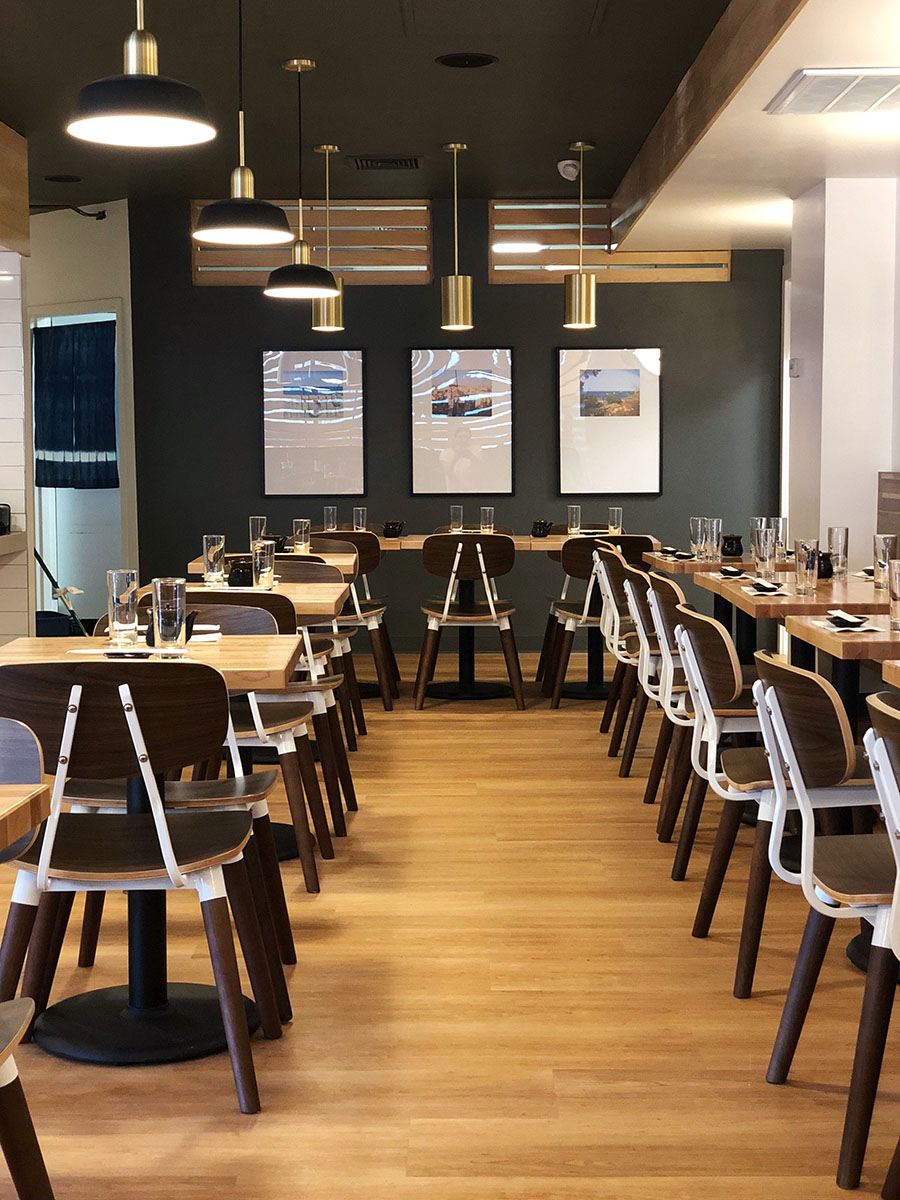 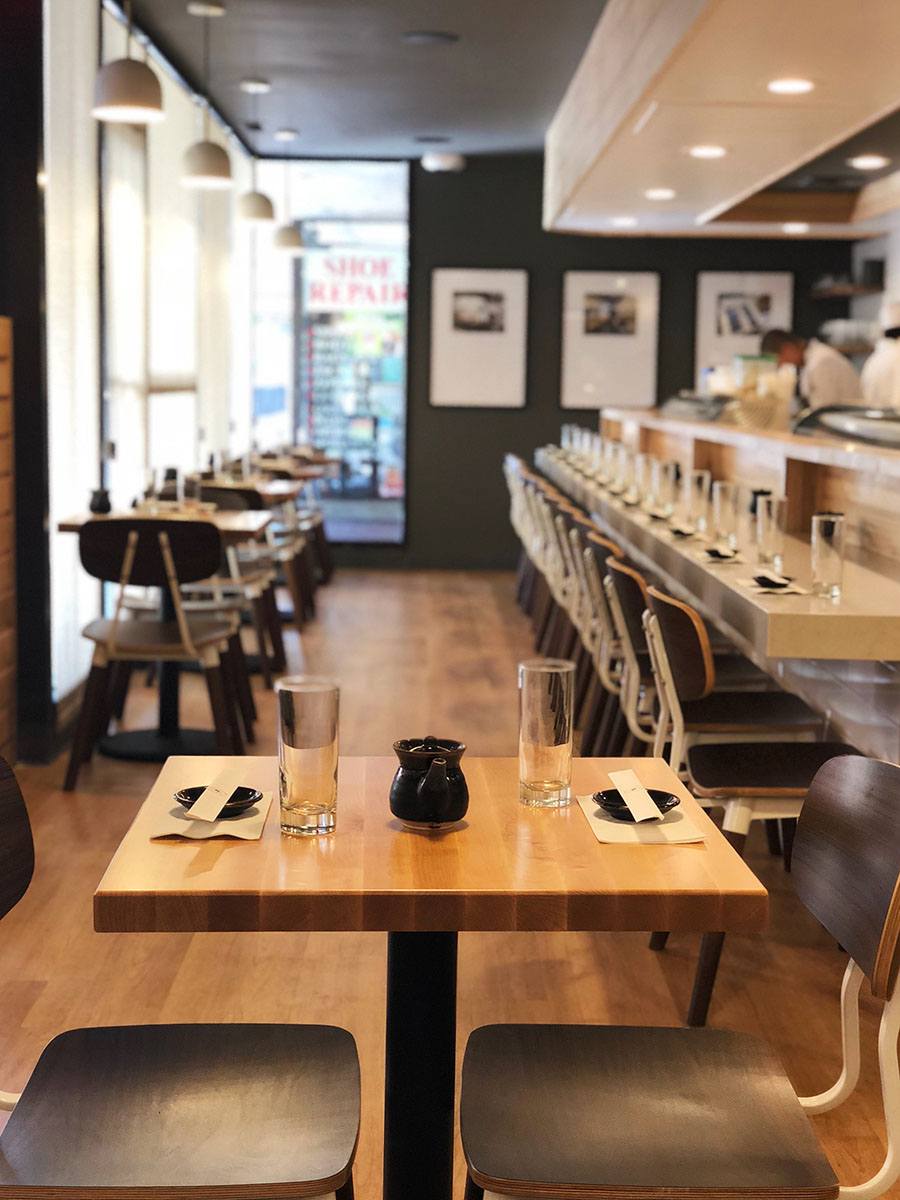