Trillium Farm and Brewery in Connecticut Is Officially Happening

JC and Esther Tetreault, who started their beer company in Boston, purchased land in North Stonington. 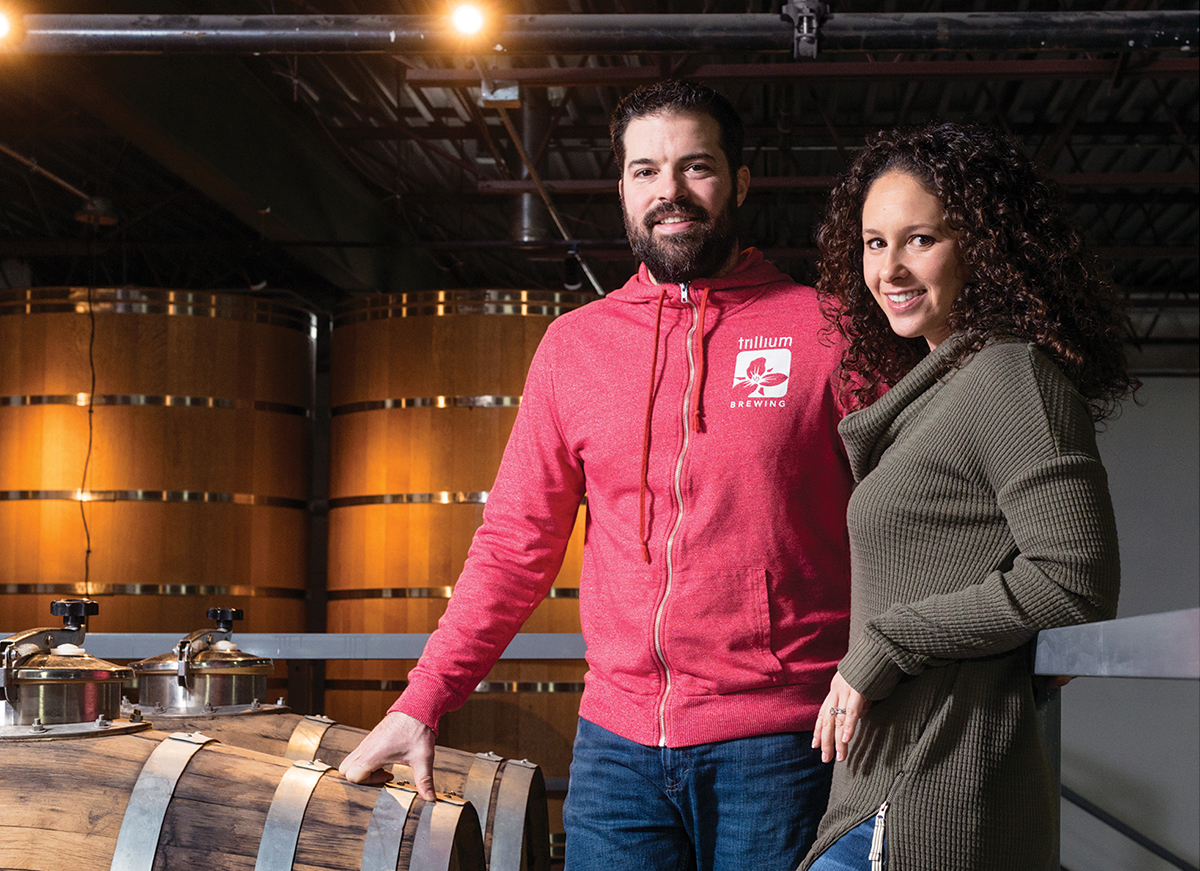 Trillium’s JC and Esther Tetreault in the barreling mezzanine of the Canton brewery. / Photo by Toan Trinh for “Trillium Attempts to Move Past Cult Status“

Before we’ve even glimpsed inside the Trillium Brewing Co. restaurant opening soon in Fort Point, the growing beer company has given us something else to look forward to. Team Trillium is officially expanding with its long-expected farm and brewery on the pastoral Connecticut coast.

Cofounders Esther and JC Tetreault shared in a blog post that they’ve purchased land in North Stonington, an undisclosed location nearby where they got married. Boston has reached out to Trillium to confirm the location and for additional details, but all Trillium locations are closed today for a company outing to visit the new property. The town of North Stonington is nearby Fox Farm Brewery in Salem, Conn., Grey Sail Brewing in Westerly, R.I., and other beer destinations.

This morning’s announcement reiterates the Tetreaults’ goal to establish a destination estate brewery, which Esther has previously shared with Boston. The vision might include fruit orchards, grains, and other crops to use in Trillium’s growing portfolio of gose, sour, and wild ales, and more rotating beers; as well as in the farm-to-table menu planned for the restaurant in Boston. (And potentially on-site in Stonington. During their exploratory process, the Tetreaults inquired about installing a small kitchen and hosting weddings on the property.)

The seasonal spectrum of styles coming out of the Canton brewery itself, as well as the pop-up beer gardens and halls, festivals, and collaborations of the past few years also indicate their vision, they said today.

“Trillium is our way of life, we have a spirit and a culture that flows beyond the glass,” the Tetreaults wrote. “Our last few years have been spent building a team and creating events to share with you, and we look forward to continuing that mission for years to come.”

It’s the long game. Team Trillium’s “imminent focus” is on the Boston brewery and restaurant (and roof deck) opening this fall.

“For as long as it took us to find our perfect farmland, it will take just as long to build the brewery, prepare for events, and develop the agriculture program of our dreams,” reads today’s announcement. “We’re excited about the ability we finally have to connect all of our experiences in time: think fresh produce from the farm for dinner on the roof deck in Fort Point while drinking Congress Street IPA packaged that morning in Canton.”

In the meantime, happy Monday, and stay tuned for more details on all things Trillium.