Get Ready to Eat Your Beer at Night Shift Lovejoy Wharf

Boston's newest taproom, coffee roaster, and kitchen has a beer-cheddar burger and other brew-infused bites. Here's the menu. 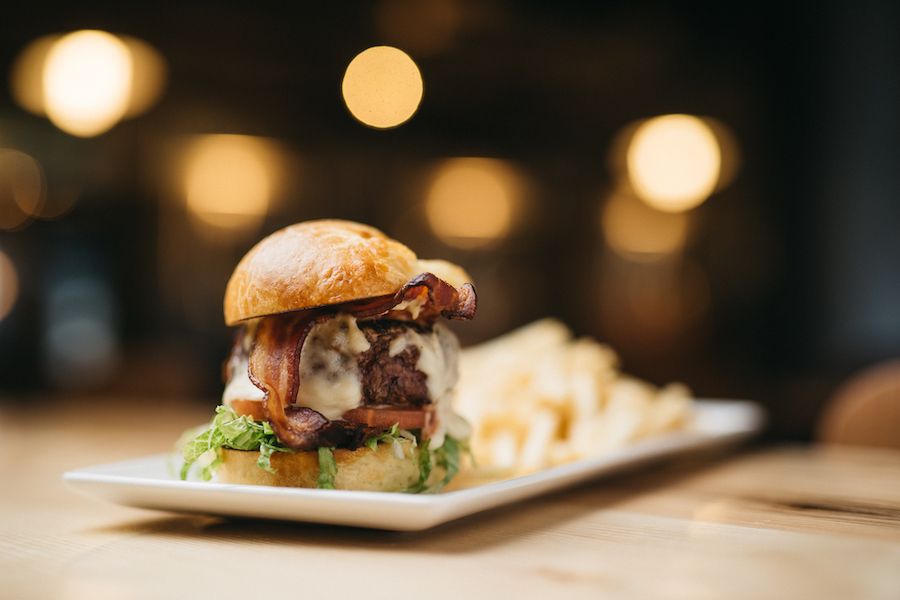 Want some lager cheddar on your burger? A drizzle of pilsner vinaigrette on your quinoa salad? How about a brownie covered in pale ale-spiked caramel? The answer, obviously, is yes. (Yasss, even.) And you’re going to get all of the above—and then some—when Night Shift Lovejoy Wharf officially opens on Wednesday, March 20.

“The menu we open with isn’t going to be the one you see six months down the line,” says cofounder Michael Oxton. “Our kitchen team is super focused on rotating through stuff, and challenging themselves to find innovative beer and food pairings.” 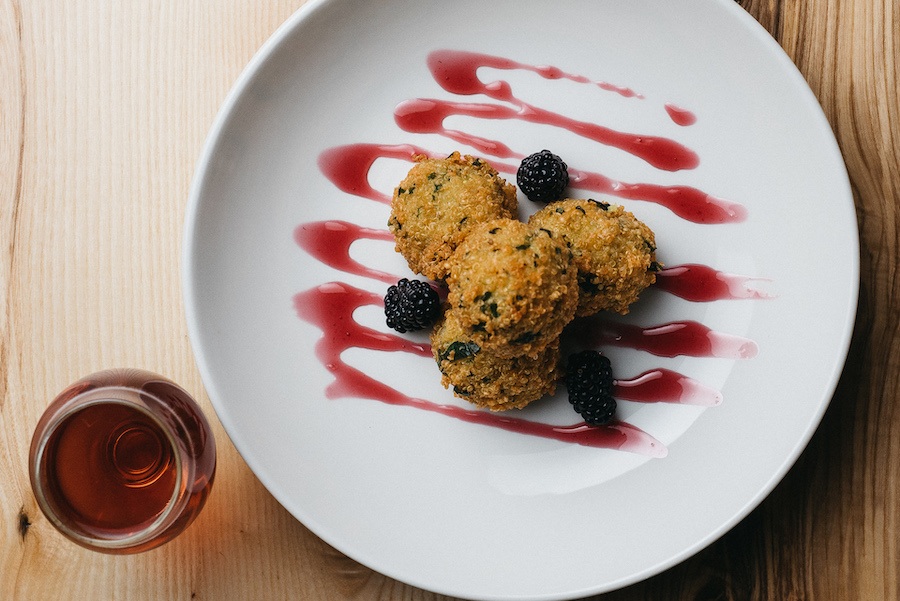 Chef James Pearsons, previously of the gourmet pizza-slinger Flatbread Company, has found many ways to get a number of Night Shift beer styles into the food. Besides the aforementioned burger topped with Nite Lite cheddar and the salad tossed with Pfaffenheck dressing, you’ll also find pulled pork with a Briar Weisse (sour ale) barbecue sauce and spicy slaw; a flatbread pizza covered in veggies, lemon-agave ricotta, and balsamic that is made with Awake (coffee porter); and potato chip-crusted chicken tenders for dipping in Whirlpool (New England pale ale) ranch sauce.

Whirlpool will also be used for the caramel that covers a house-baked brownie of Valrhona chocolate. It’s one of several sweet offerings from pastry chef Lira Mondal, an alum of Ana Sortun and Maura Kilpatrick’s acclaimed Sofra Bakery & Cafe in Cambridge.

Mondal is also making breakfast sandwiches, pastries and other goodies for the spot’s java-filled cafe space. Night Shift is now roasting its own coffee, making the Lovejoy Wharf location a true all-day operation. (And yes, they did consider naming the cafe side “Day Shift.” We asked.) 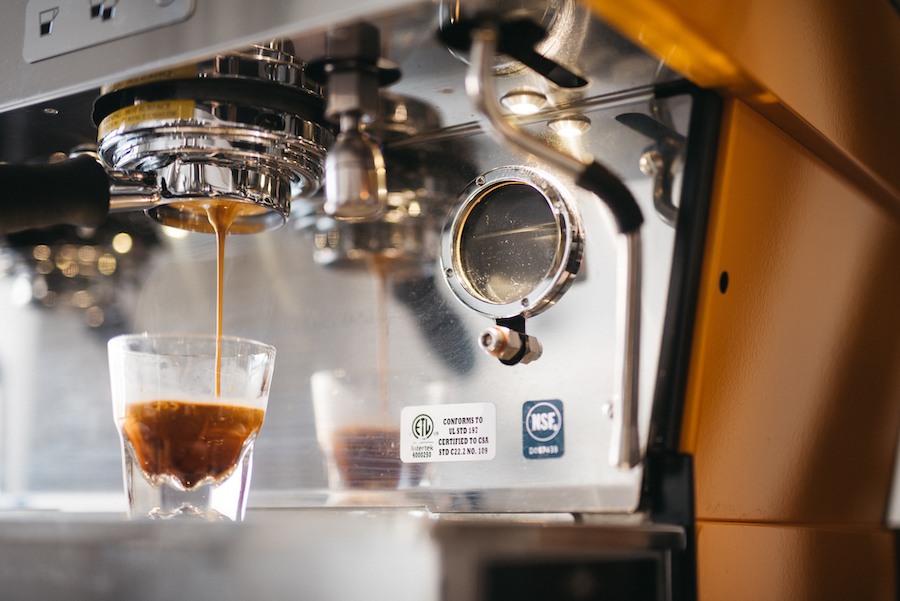 Oxton sees a lot of overlap between brewing beer and roasting coffee. “We’re creators and producers, at heart,” he says. “Roasting, like brewing, is a science. And we’re applying to the coffee world what we do with beer: make it approachable and delicious, and show it doesn’t have to be pretentious.” To help, Night Shift tapped two vets of famed George Howell Coffee to lead the coffee team: Rob Rodriguez and Rose Woodard. Woodard won last year’s United States Brewers Cup Championship.

Of course, beer is bound to remain the star attraction at Night Shift. According to Oxton, the Lovejoy Wharf location is going to focus on “small batch, experimental beers, most of which won’t leave this building.” The Boston site will have 30 beers on tap and produce about 2,000 barrels annually, compared to 40,000 brewed elsewhere. “Here, we’re going to have a lot of fun and be a little more daring,” Oxton says. 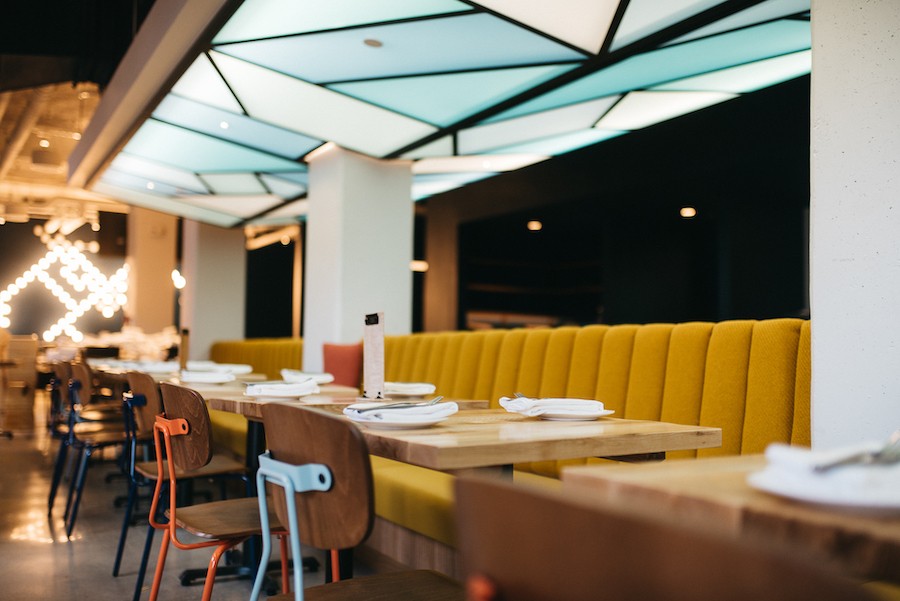 There’s seating for 300, plus a seasonal waterfront patio. / Photo provided

The space certainly has a history of innovation. It’s a former submarine signal factory, according to Oxton, who even found some old production manuals to use as funky wallpaper in the bathroom. The main drinking and dining area retains many industrial elements—exposed ductwork and the like—while providing contemporary pops of color, namely a massive mural that conveys the history of the brand. It seats about 300, plus another 80 on the seasonal patio.

Ready to grab a seat yourself? Check out the opening hours and menu below. 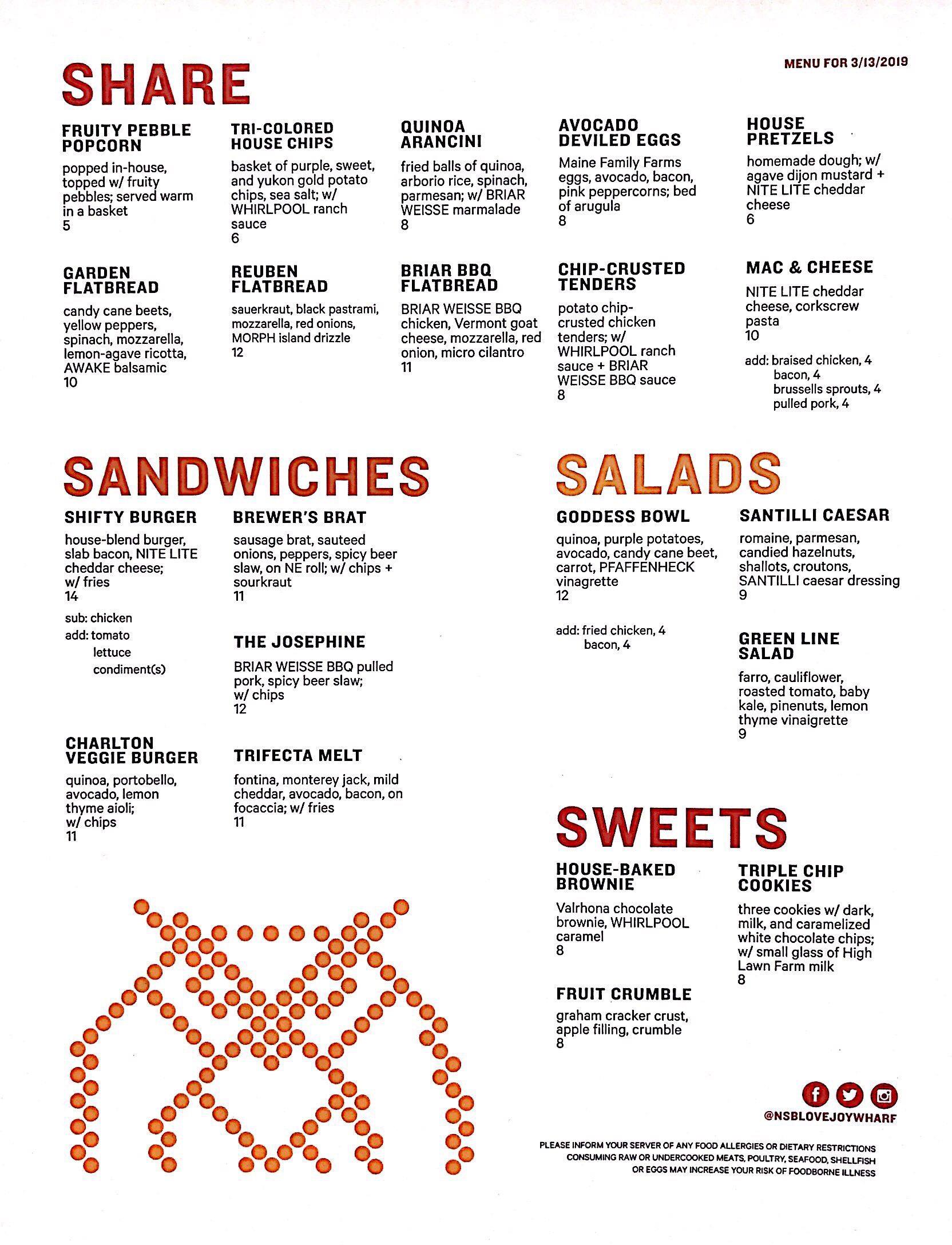