90+ Cellars Is Launching a Mobile Wine Bar in Boston

Featuring fun wines like Boston Rosé (a collab with Boston magazine) and bottles of bubbly, the unique wine truck will hit tons of local events. 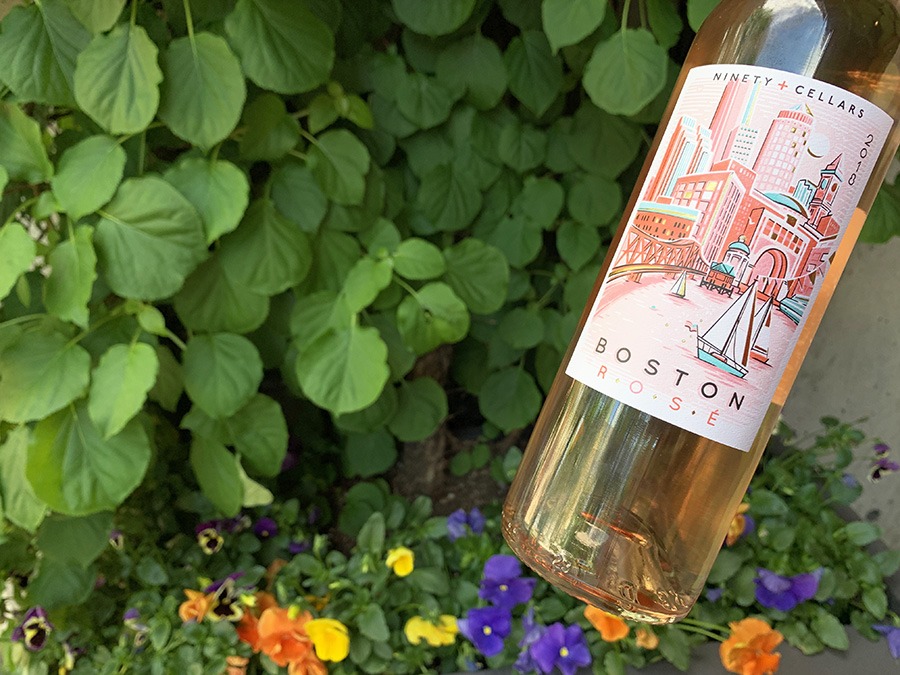 The 2019 lot of 90+ Cellars’ Celebrate Boston Rose is a crisp French wine with a label by artist Amanda Williams Galvin. / Photo by Jacqueline Cain

The summer of rosé rolls on for another year—literally. 90+ Cellars is getting ready to start up a brand-new, wine-bar-on-wheels for the season, stocking it with this year’s edition of Boston Rosé, and more. The bright pink Rosé & Bubbly Wine Truck hits the streets on June 1, and has a full summer and fall of pop-up events planned for its inaugural spin.

Boston Rosé is the third collaboration between Boston magazine and 90+ Cellars, and $1 per bottle sold benefits the Make-A-Wish Foundation in Massachusetts and Rhode Island. Like last summer’s pink drink, and Boston Bubbly around the holidays, Boston Rosé features a label designed by local artist Amanda Williams Galvin, this time showing a summery scene on Boston Harbor.

This year’s blend of grenache, cinsault, and syrah grapes from Languedoc, France, results in a crisp, dry, yet fruity crowd-pleaser. It retails for a suggested $14.99. Though it’s a limited release, some of it should make it onto the wine truck for a least a few events this season. 90+ Cellars’ popular Lot 33 rosé, also from Languedoc, and its Lila Wine cans will definitely be on board the vehicle.

The truck—essentially a food truck, but filled with refrigerators instead of fryolators—will park at its destination and set up a wine garden complete with café lights, wine barrel-tables and picnic tables, and even some green turf and a corn hole set to complete the scene. Wines will be served by-the-glass (or from the can) from a welcoming walk-up window.

90+ Cellars is celebrating its 10th anniversary in 2019, but the wine truck will make for the first time the Boston-based négociant has had its own destination for fans to visit.

“A lot of people still don’t know we’re from Boston, because unlike a lot of the craft breweries around here who have their tasting rooms, we don’t have that,” says Terry Lozoff, 90+’s vice president of marketing. “I look to Harpoon—I think they’ve done a great job over their 30-plus years of building community. We want to move that ball forward to create community, but it’s much easier to do when you have a great place where [people] can visit. We know we have a lot of fans out there. To meet them is important, and people also want to meet the people who are behind what they like to drink, and who like the same things they do.”

In that vein, Lozoff is psyched that Boston has a dedicated al fresco wine bar this summer with City Winery on the Greenway. 90+ Cellars actually considered that location, but opted for the mobile outfit, he says. A more permanent spot might be in their future, he adds.

“We were thinking–all these breweries have these pop-ups, why isn’t there a wine garden pop-up yet?” he says. “It needed to happen. There’s a major portion of the consumer audience that doesn’t like beer.”

Wine—especially rosé—is having a cultural moment. Though growth of the sector is slowing nationally, rosé in particular is a driving salesforce for 90+, Lozoff says, yielding 30- to 50-percent annual growth over the past few years.

“Wine is loosening its tie–and that’s what we’re trying to do. Make wine more accessible to a broader audience, and make wine fun,” he says.

The company’s third collaboration with Boston magazine, with its eye-catching art, is a great example of 90+ lowering perceived barriers to entry, Lozoff adds. The 90+ team worked with Galvin to create a more colorful label for Boston Rosé this year, splashing matte shades of pink with touches of sky-blue and shimmering gold.

“Ten years ago, you really didn’t see labels like this. It was stuffy labels that scared people away,” he says. 90+ got into the wine-buying business during the recession to help highly rated vineyards and wineries offload stock that wasn’t selling in a down economy, Lozoff explains. The company has achieved the dual goal of enabling wine makers to sell their product at a discount without devaluing their brands, while also giving 90+ high-quality wine to sell at affordable prices.

Rosé and sparkling wines in general will be featured on the truck, but so will some newer, uncommon bottles that span the range of styles and regions from the 90+ portfolio. Lozoff is stoked about a just-released Muscadet Sèvre et Maine from the Loire Valley, for example.

“We’re hoping people are willing to explore the world of wines with us,” he says. “We’re trying to make it easier for people to explore good wines by giving them the greatest values we think we can find”—and then popping bottles in beautiful locations all around the state.

The Rosé & Bubbly Wine Truck has a busy season ahead, rolling up to Harvard Square’s Park Sounds Boston free music series, the Levitate Music & Art Festival in July, a few appearances at Worcester Beer Garden, and more. Check out the full lineup of dates here, and look for the truck around Boston soon. Many dates are free to the public (with wine purchased on-site), while a select few will require tickets.

Boston Rosé, meanwhile, is on shelves now for a limited time. 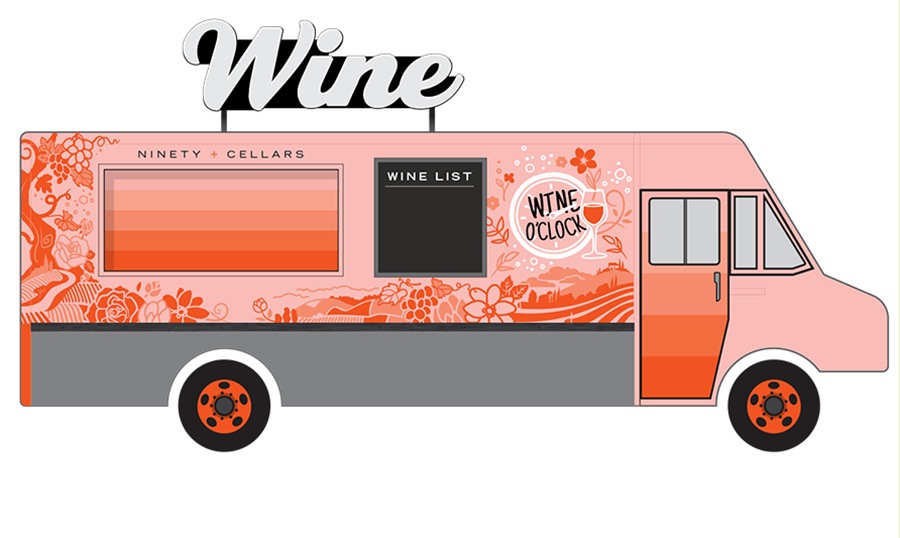