First Look at Avenue Kitchen and Bar in Somerville

Opening in early June in Ball Square, the gastropub has a menu from the original Ward 8 chef, plus a secluded outdoor patio. 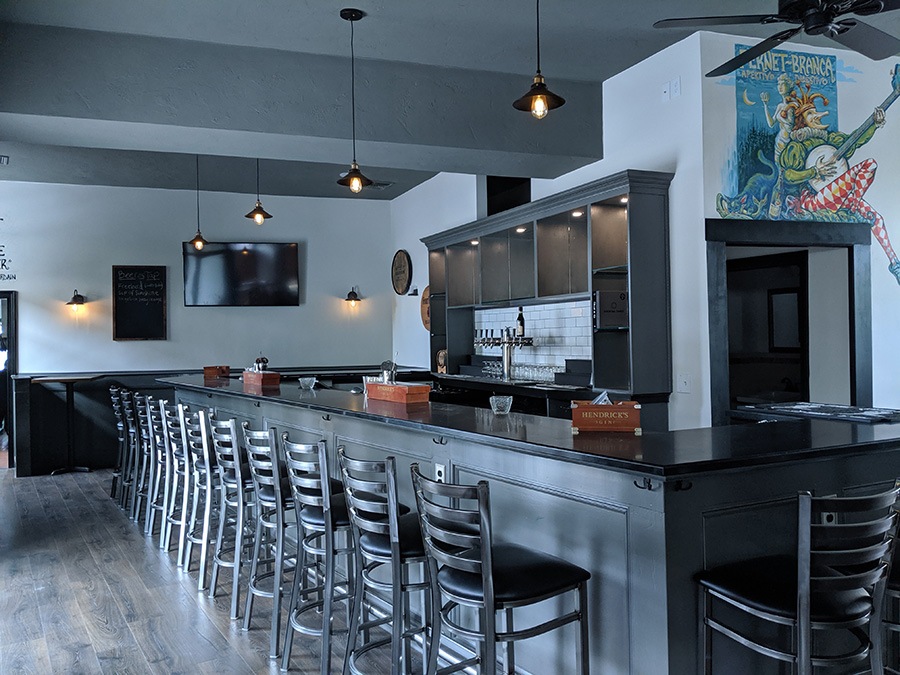 After a long shift at a busy, North End spot like Florentine Cafe or Ward 8, the chefs and bartenders serving all day likely want to kick back with a satisfying slice of pizza and an ice-cold draft beer. For two Boston restaurant industry veterans opening their first spot together, that’s exactly their inspiration: Avenue Kitchen and Bar, opening next week in Somerville, is an approachable, neighborhood gastropub from chef Kenny Schweizer and partner Gino DeLuca.

“Upscale bar food is what I love to go out and eat and cook,” says Schweizer, who was the opening chef at both Ward 8 and Bodega Canal, two of restaurateur Nick Frattaroli’s game-changing downtown restaurants.

Over the course of his 15 years in Boston, Schweizer has also cooked at Ming Tsai’s restaurants, Blue Ginger and Blue Dragon; and for chef Daniel Bruce at the Boston Harbor Hotel. He also bartended for a time at Florentine Cafe, where he met his business parter. DeLuca is a 20-year veteran of the North End mainstay. Avenue Kitchen and Bar is both partners’ first ownership venture.

“We definitely wanted more of a neighborhood spot,” Schweizer says. “It’s right up my alley.”

The Ball Square location, which the duo took over in January after Pescatore Restaurant closed, is ideal for that, he says. The corner bar features a secluded, ~22-seat patio out back, and it was ready for a renovation that includes a brand-new, 18-seat, U-shaped bar. The new owners also added a takeout-specific entrance.

Pescatore had a large, Bakers Pride deck oven in its kitchen, which Schweizer kept and is putting to good use: Avenue will become the Boston area’s first restaurant to regularly serve Detroit-style pizza. Sheet-pan pies with thick, focaccia-like crust and crispy edges and sauce drizzled atop the cheese, Detroit-style pizza is making waves in cities around the country; Brooklyn’s Emmy Squared is exploring bringing its Detroit-pizza-dedicated concept to Greater Boston. Pioneering the style appeals to Schweizer, whose high-school job was at a pizza joint. He’s using his standby, double-proofed dough recipe from those days for Avenue’s pies.

But the menu expands well beyond pizza. It starts with bar snacks like maple-chili duck wings, and black garlic hummus; and apps like a char siu pork and watermelon dish with a ginger dressing; mezcal-glazed lamb spare ribs with celeriac slaw; and salmon poke. Healthier options include a number of salads and bowls, like Wild & Green, with wild rice, mushrooms, spicy broccoli, avocado, sunflower kernel, kale, and cranberry vinaigrette. There is also a house burger with bacon-onion compote, and an Impossible Burger; as well as a fried chicken sandwich. Among the entrees are several noodle dishes, such as udon with red curry and white ale-steamed mussels; and hearty mains like harissa-roasted chicken with crispy polenta, Delmonico steak with heirloom potatoes and mushrooms, and vegetarian-friendly cauliflower fajitas.

The new owners gutted Pescatore’s former five-seat bar, and built in eight new draft lines. Alongside a couple craft beers, Avenue has the industry favorite Fernet amaro on draft. The wine program is starting simple, with about 10 white, red, and rosé options by-the-glass. DeLuca is putting his twist on some classic cocktails, he says, and is also creating original, seasonal cocktails for the new spot. “We’re going to start with a bunch of fruity, refreshing cocktails, things that will be good for the patio,” he says. “We’ll be switching them up regularly.”

Avenue is starting with dinner service, plus a few late-night menu options after 10 p.m. Brunch will be introduced within a month or so, Schweizer says, and then lunch further down the line. The owners plan to listen to what the community wants and needs, and go from there, he says. But as bar lovers themselves, Schweizer and DeLuca are optimistic that the public will be into what they’re doing.

Avenue softly opens on Wednesday, June 5, and begins accepting reservations for Thursday, June 6. Check out a sneak peek of the renovated space below. 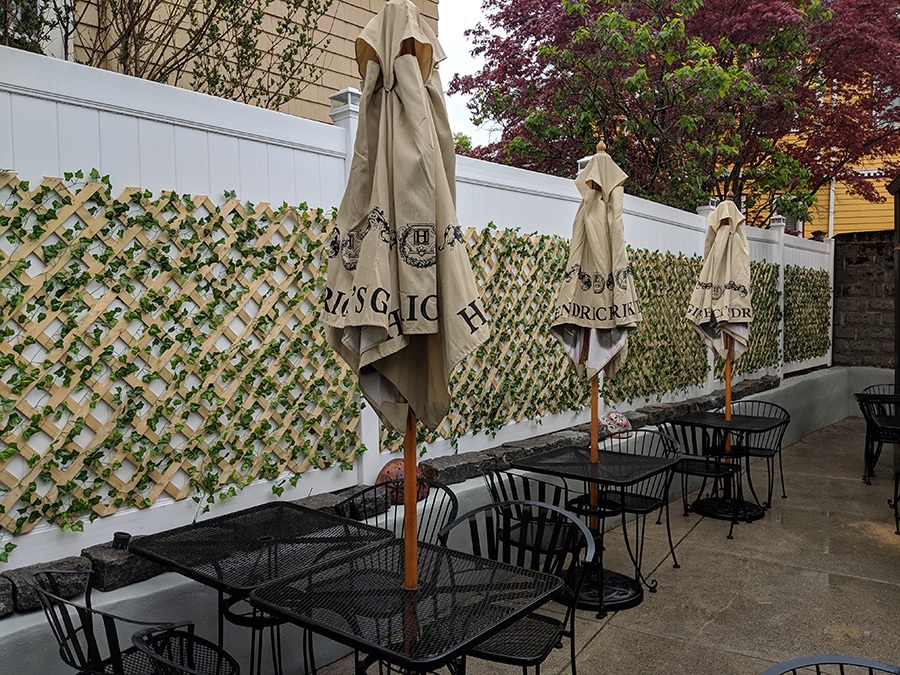 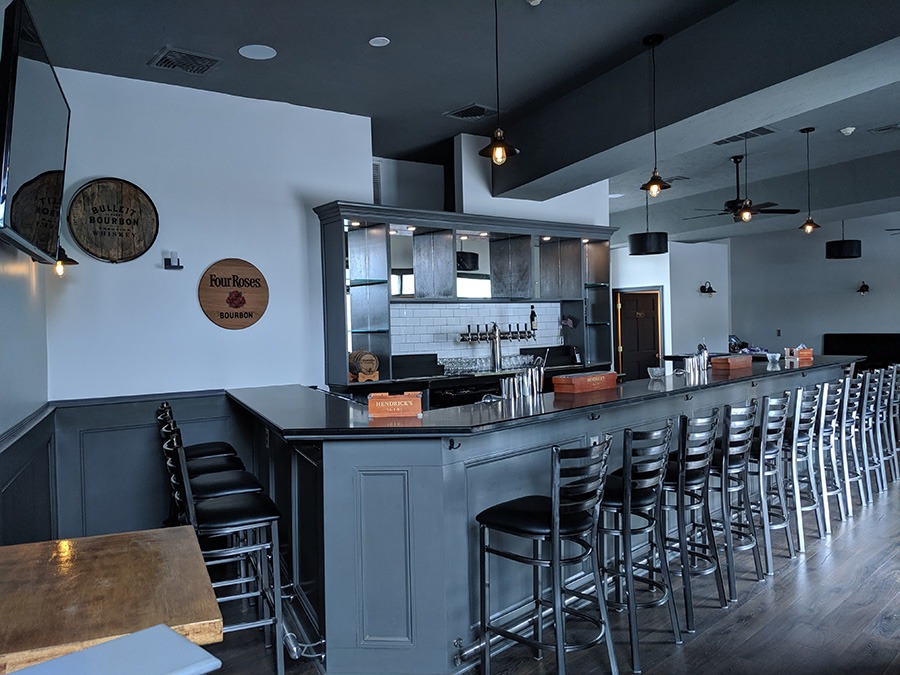 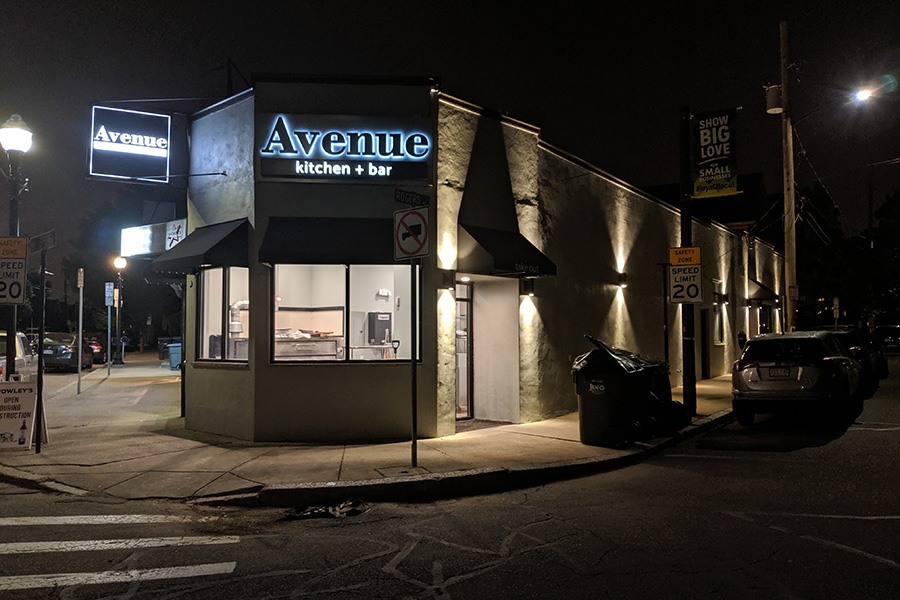