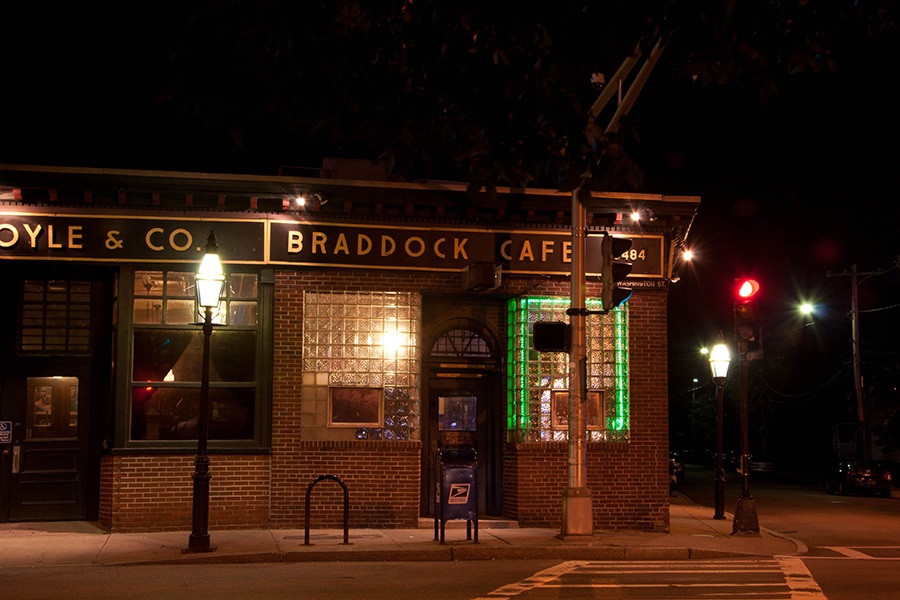 UPDATE, Oct. 28, 9 a.m.: Doyle’s is now closed for good. The end of the era is a reminder that the City of Boston should take steps to reform the liquor license system which contributed to the business-wise decision for Doyle’s to get out of town. The legendary neighborhood bar poured the final pints on Saturday night, Oct. 26, ending a 137-year-old chapter of Boston history that is full of so much more than just just beer and pizza. “These walls have seen and heard it all…but most of all they would speak of the overwhelming love and support that surrounded all of us during these last days,” reads part of the heartfelt note that Doyle’s shared to its Facebook page on Sunday morning. “Doyle’s will live on through all of us and our memories.” CBS Boston reported there will also be an auction of the memorabilia housed at the bar; stay tuned for more details about those plans.

A 137-year-old bar cemented in Boston history will close later this year, as the owner “can’t afford to stay here any more.” The Boston Globe reports that Doyle’s Cafe in Jamaica Plain is poised to sell its liquor license to a new location of Davio’s, and will shutter within the next couple months.

“It’s very sad,” Doyle’s owner Gerry Burke Jr. told the Globe, as if speaking for all of us who are watching our favorite neighborhood bars disappear. “But the real estate in JP is as high as it’s going to get and I can’t afford to stay here any more.” Mass. Land Records show the Burke family owns the Washington Street property; Ed Burke, Gerry’s uncle, is the deed-holder. Gerry owns the business and its liquor license, a Doyle’s representative says via email.

Doyle’s is among the 35 best bars in Boston for its prominent place in the city’s history (and its late-night pizza), and it has earned a few Best of Boston awards through the years. In 1998, Boston magazine editors wrote, “Doyle’s is to Boston what the Elaine’s is to New York. Good eats, great atmosphere, and a who’s who of Bostonians both proper and not.” Elaine’s was an A-list hangout in New York City which shuttered in 2011.

Today, Doyle’s is perhaps best known as an extension of the Sam Adams tour. The bar was the first place to pour Boston Lager, after a young Jim Koch showed up and asked them to in 1984. For years, it was the first place to get Sam Adams’ experimental new brews. Before Samuel Adams had its own taproom, it launched a partnership with the Washington Street pub to shuttle tourists there for a pint after their tours of the Jamaica Plain brewery. A shuttle still runs between the two beer destinations every Friday, Saturday, and Monday.

But Doyle’s history dates back much farther than that. First opened in 1882, it has hosted legions of political figures over the decades, including then-U.S. Senator John F. Kerry; and Ted Kennedy, who helped dedicate a private events-room at the bar to his maternal grandfather, John F. “Honey Fitz” Fitzgerald, on St. Patrick’s Day in 1988.

The bar has had several Hollywood cameos over the years, too, including in the films Mystic River and Patriots Day.

Brothers Ed, Bill, and Gerry Burke purchased the bar from the Doyle family in 1969, according to the Jamaica Plain Historical Society. Previously, the Burkes’ grandparents owned and operated a bar called Rossmore Tavern. “Burkes have been serving beer in Jamaica Plain since 1918,” Billy told the Boston Herald in 2001.

“I grew up here and I’ve had a wonderful childhood. It’s been my identity for as long as I can remember,” Gerry Burke tells the Globe today. “It’s a terrible thing and I’m as sad as I can be.”

Davio’s, a Boston-based Italian steakhouse chain with outposts in Manhattan, Philadelphia, Atlanta, Irvine, Calif., and elsewhere, plans to buy Doyle’s all-alcohol license for a cool $445,000, according to the Globe. The permit will fuel a forthcoming 15,000-square-foot location headed for the 50 Liberty at Fan Pier in the Seaport.

The sale is contingent on a licensing board hearing coming up on Sept. 18. Burke doesn’t have a closing date in mind; “we probably have a month or maybe two,” he said.

This post was updated Wednesday, Sept. 11, at 9:45 a.m. to clarify the Burke family ownership structure of the business and property, and also to correct the address of the forthcoming Davio’s Seaport location.