As the Boston Food Hall Tide Rises, Has Quincy Market Missed the Boat?

In 2019, these stall-stuffed projects are everywhere. So why is our local pioneer still stuck in the last century? 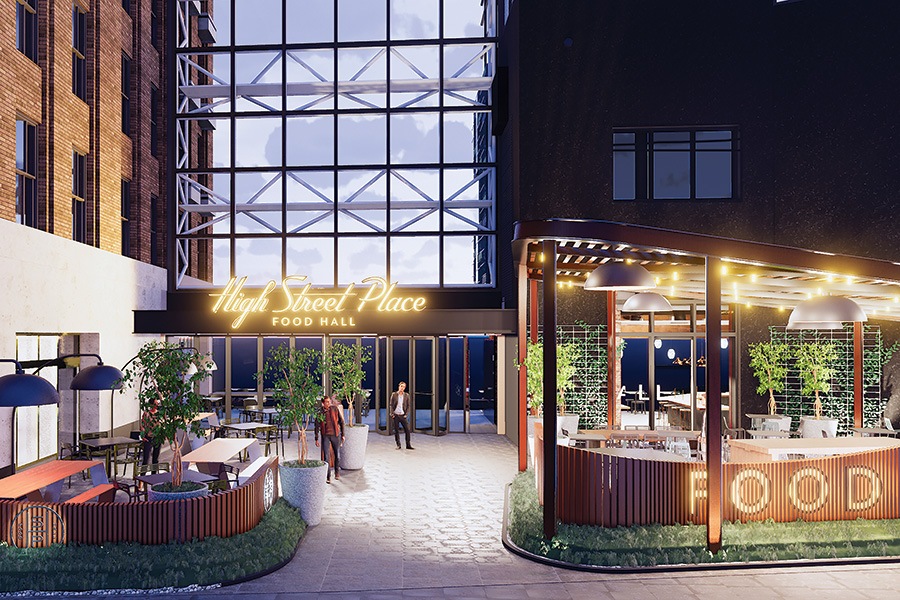 High Street Place will feature hot chefs when it opens this fall. / Photo rendering by Gensler

As fast as construction sites are springing up around Boston, developers seem to be filling them with food halls. There’s the much-hyped Time Out Market, which launched its Boston location in June near Fenway Park. There’s High Street Place, slated to open this fall downtown with two ventures from celeb chef Tiffani Faison. And this winter, Hub Hall will bring star-powered fried chicken and pizza to the TD Garden area. Its slogan? “Boston Eats Here.”

Where Boston doesn’t eat? Well, that would be at Quincy Market—one of the country’s first food halls. The 1826-built building, which has operated as a food vendor-packed colonnade since the bicentennial, attracts nearly 20 million visitors annually—but remains, let’s be honest, profoundly uncool to locals.

So why isn’t the city’s OG food hall more popular with Bostonians—and does it even want to be? While slinging the same old fried seafood and chowder in bread bowls doesn’t exactly bring in neighborhood types, Joe O’Malley, who manages the complex for its New York City–based landlord, Ashkenazy Acquisition Corporation, isn’t too concerned, given Quincy Market’s consistently strong sales. “Tourists will always come here,” he says. “We’ll always be the center point of Boston.” 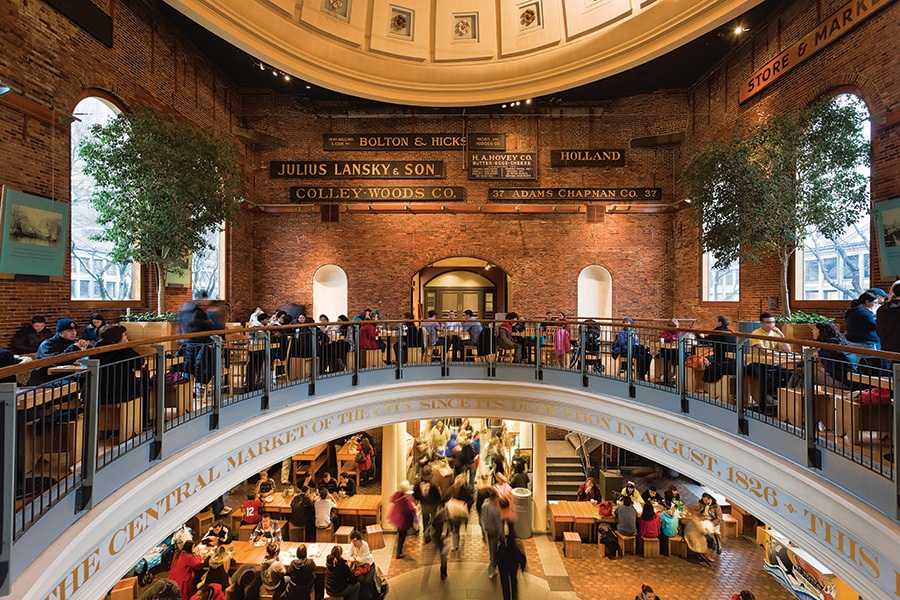 The developers behind newer food halls, on the other hand, aren’t in the business of selling sandwiches to Midwesterners; they’re trying to sell up-and-coming neighborhoods to people who actually want to live here. Chef-driven food halls are a way to “raise the value of real estate, and the rent in that building,” explains Fred Borges, a director at Rockpoint Group, the real estate investment firm bankrolling High Street Place. Meanwhile, Samuels & Associates, developers of Fenway’s Time Out Market, have plenty of multimillion-dollar condo buildings nearby to keep filled.

The business models may be different, but with the next generation of food halls nipping at its heels, Quincy Market isn’t completely turning a blind eye to the city. “We’ve been working on the stigma of a tourist trap,” O’Malley says. That’s meant making some modest improvements of late, including facelifts for longtime vendors, as well as additions such as Legal Fish Bowl, an offshoot of Legal Sea Foods serving on-trend grain and poke bowls.

And yet O’Malley isn’t rattled when asked if Quincy Market feels threatened by popular local chefs signing on with newer food halls. “It’s a cliché, but a rising tide lifts all boats. Competition creates some change,” he says. “And change,” he adds without irony, “is good.”