During a very difficult time for the industry, several local restaurants get a spot of good news. 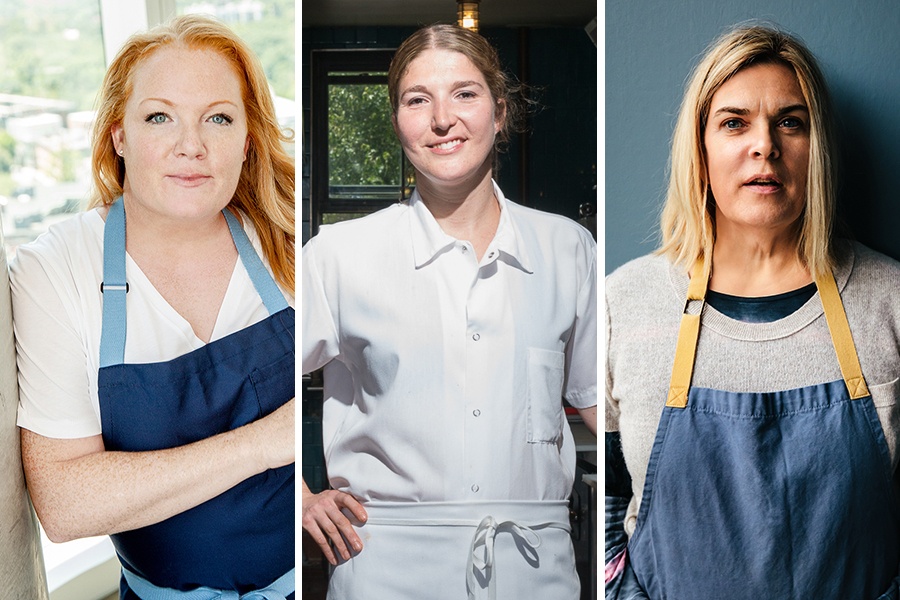 On the date originally intended to host the 30th annual awards gala often referred to as “the Oscars of the food world,” the James Beard Foundation instead took to Twitter today to unveil the nominees in a live video—and to rally for an industry reeling from widespread layoffs, closures, and an uncertain future. The just-revealed shortlist, which was previously scheduled to be announced back on March 25, brings a welcome bit of good news to the Boston restaurant scene. Among the area contenders are South Boston enoteca Fox & the Knife, restaurateurs Ken Oringer and Jamie Bissonnette, Oleana chef Ana Sortun, and a handful of other prominent names across several categories. Check out the list of local nominees below.

In a blog post, the Beard Foundation says it surveyed chefs and restaurant owners across the country about how to handle this news; the semifinalists had previously been announced on February 26, and the nominees were set. Ultimately, the foundation decided to announce the finalists today as “a glimmer of hope to an industry looking for light in a very dark time.”

“Some of the restaurants announced today are temporarily closed, some are operating in another form, such as take-out or meal relief efforts, whilst others have already announced that they will permanently close,” she said. “Today we acknowledge the accomplishments of all of the people behind these restaurants, and the need for us all to fight for this industry that employs 16 million people and is a vital part of American culture.”

Along with the nominees, the foundation also shared that it has distributed more than $4 million to independent restaurants around the country, through the James Beard Foundation Food and Beverage Industry Relief Fund that it established on March 19. The JBF also announced that this year’s awards gala will take place on Friday, September 25, though beyond a live Twitter stream, the format is TBD. The media awards ceremony—typically held during the in-person gala—will not happen this year, in lieu of a press release announcing the winners on Wednesday, May 27.

Boston is home to nominees in media categories as well as chefs and restaurants—many of which are open for takeout and delivery. Without further ado, here’s a list of just the local finalists. To see the full list of James Beard Award nominees, visit jamesbeard.org.

A restaurant opened in 2019 that already demonstrates excellence in cuisine and hospitality, and that is likely to make a significant impact in years to come.

A chef who sets high culinary standards and who has served as a positive example for other food professionals. Eligible candidates must have been working as a chef for the past five years.

A restaurateur who demonstrates creativity in entrepreneurship and integrity in restaurant operations. Eligible candidates must have been in the restaurant business for at least 10 years and they must not have been nominated for a James Beard Foundation chef award in the past five years.

Rising Star Chef of the Year

A chef age 30 or younger, born on or after January 1 in the year occurring thirty years prior to the award year in which such chef is to be considered for the award (e.g., January 1, 1976 for candidates to be considered in awards year 2006), who displays exceptional talent, character, and leadership ability, and who is likely to make a significant impact in years to come.

Outstanding Restaurant Design (76 Seats and Over)

For the best restaurant design or renovation in North America since January 1, 2017.

For cookbooks and other non-fiction food- or beverage-related books that were published in the U.S. in 2019. Winners, including the Book of the Year Award and the Cookbook Hall of Fame inductee will be announced on Wednesday, May 27, 2020.

Milk Street: The New Rules: Recipes That Will Change the Way You Cook
Christopher Kimball

For articles published in English in 2019. Winners, including the Emerging Voice Award, will be announced on Wednesday, May 27, 2020.

What She’s Having: “Popeyes’ Fried Chicken Sandwich: A Delicious Distraction, a Cultural Lesson”; “Every Season Is Soup Season”; “Why a Somali Nook in East Boston Is One of the Country’s Best New Restaurants”
Devra First
The Boston Globe