The Extremely Definitive Ranking of Every Official Massachusetts State Food

Are you Team Cod or Team Cranberries? Is the Boston cream pie our sweetest contribution? Herewith, we rate all the Bay State's formally adopted foodstuffs.

Every state in the U.S. has a tradition of legislatively adopting state symbols, as if assembling a Pinterest board that is designed to convey the local culture to Martians. Massachusetts, for instance, recognizes an official state sport (basketball), folk hero (Johnny Appleseed), and polka (“Say Hello to Someone From Massachusetts”) among sundry others. By our count, set in motion by the latest confluence of midnight snack pangs and Google-incited insomnia, there’s also nine foods that fit the bill, including cod, cranberry, and Boston cream pie. And yes, nine isn’t a round number, but maybe that’ll become 10 if a dormant initiative to formally designate the Fluffernutter the state sandwich is ever revived. But until that sweet day arrives, here’s our current analysis of how Massachusetts’ state food compare, which you can also consider a handy list of snacks for filling yourself with Bay State pride. 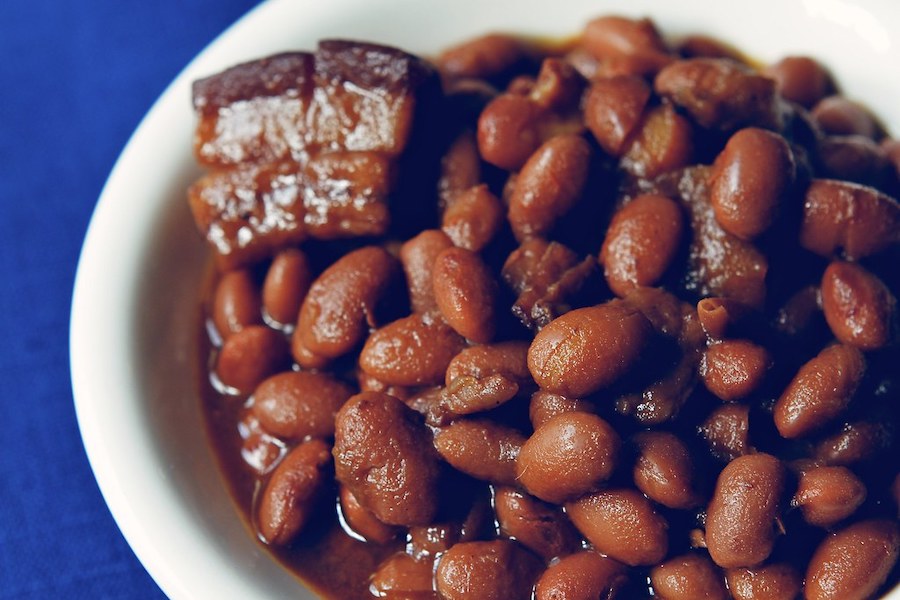 Please don’t misinterpret the ignoble last-place ranking to be an outright dismissal of Boston baked beans, a delish side dish I’ll never disinvite from a backyard barbecue. In fact, baked beans even offer a second helping of uniquely Massachusetts cultchuh’ by invoking molasses (a 1919 tsunami of the sticky stuff that swept through the North End remains one of Boston’s most curious claims to history, after all). And yet, we have to give navies the lowest slot because of the excruciatingly cringe-worthy nickname they reflect: “Beantown,” a moniker that should never be uttered unless you’re a) being completely ironic, or b) actually one of the New Kids on the Block. 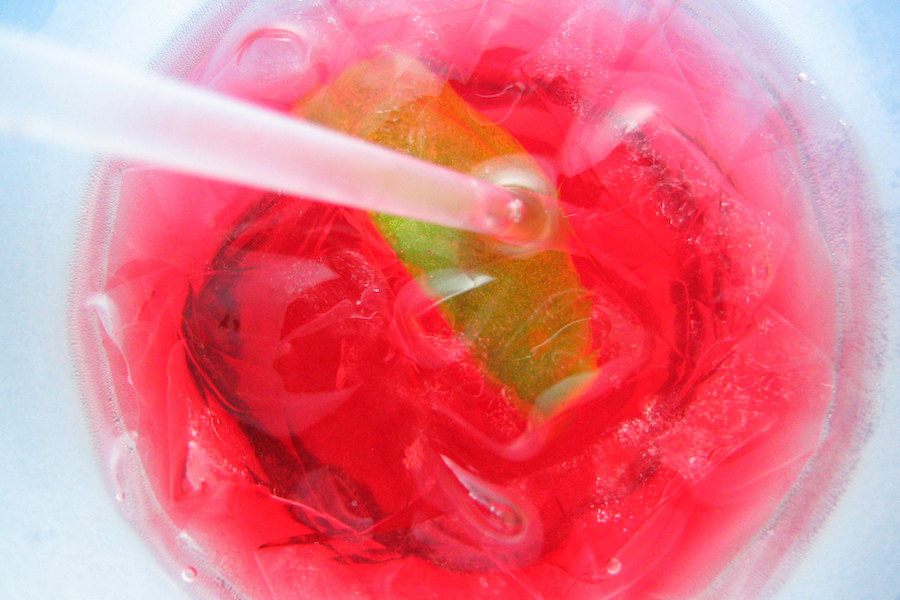 I love tart flavors. Cranberry juice, though, always struck me as the kind of drink that one must be an AARP card-carrier to truly appreciate (see also: prune juice), or maybe a college student trying to manage a UTI without an awkward trip to the campus clinic. Okay, okay—spike it with vodka to make a Cape Codder, and I’m happy as a clam. But frankly, cranberry juice’s state-beverage status is about to face stiff competition from Harpoon Brewery’s upcoming beers infused with Dunkin Donuts, a pairing that is more Peak Massachusetts than if Paul Revere took a midnight ride to Concord on Mark Wahlberg’s shoulders. 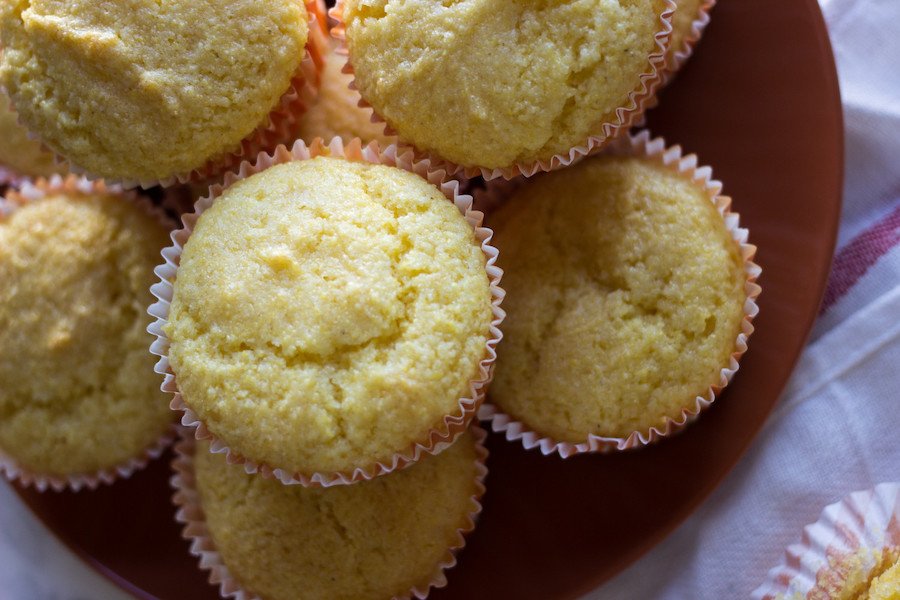 New England cuisine doesn’t really get its due—not even from New Englanders. But back in 1986, the corn muffin, a regional staple, was adopted as an official state food thanks to the petitioning efforts of fourth graders in Brookline. Is it the flashiest item in the bakery case? Hardly. But it’s maybe the most perfect vehicle for delivering melty pads of salted butter to your mouth. So, win. 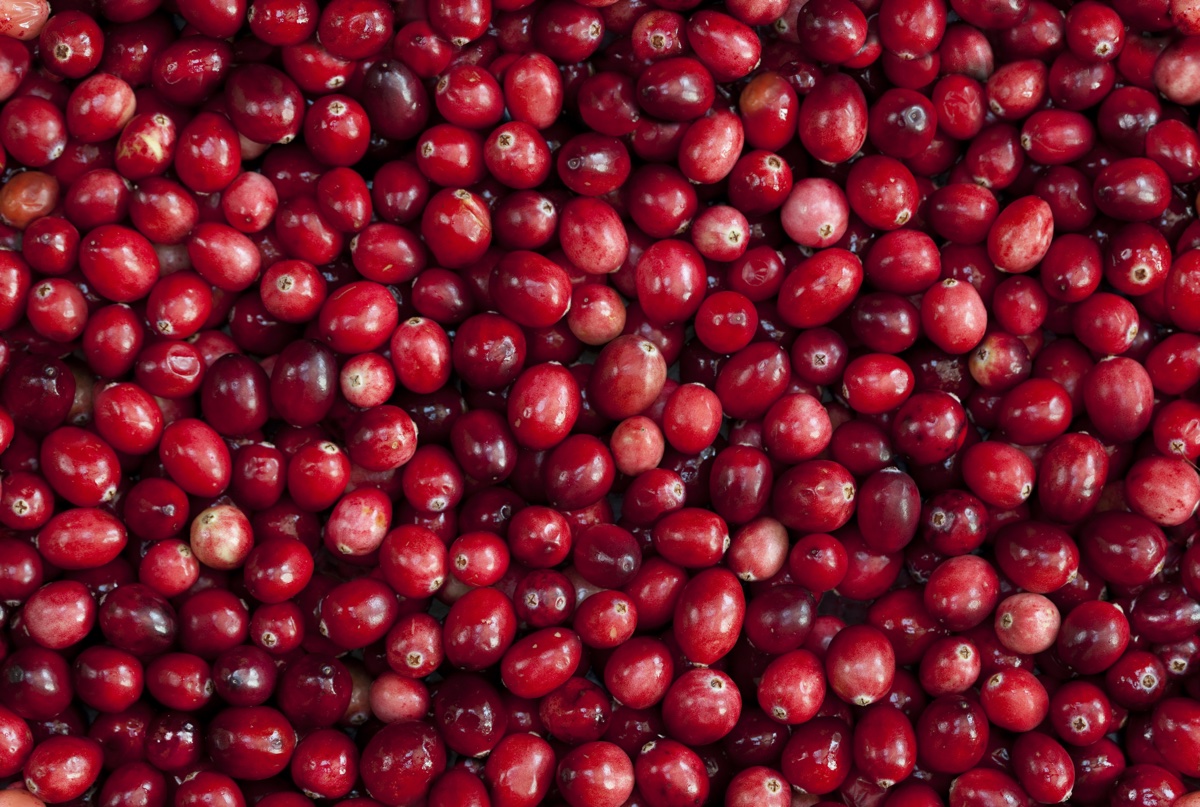 Compared to their aggressively mouth-puckering juice, whole cranberries offer a welcome sharpness when employed judiciously—say, baked alongside nuts into oatmeal cookies, or dried and sprinkled over farm-fresh goat cheese in an arugula salad. On a personal level, I’ll admit cranberry sauce is the pariah I leave untouched at any Thanksgiving table (so I won’t even bother wading into the old-as-time canned v. homemade debate). Objectively speaking, though, cranberries are Massachusetts’ top crop: We account for one-third of global cranberry-crop acreage, and there’s no denying that it pulls its weight as an official state food, considering the two million barrels that will be harvested this year alone. 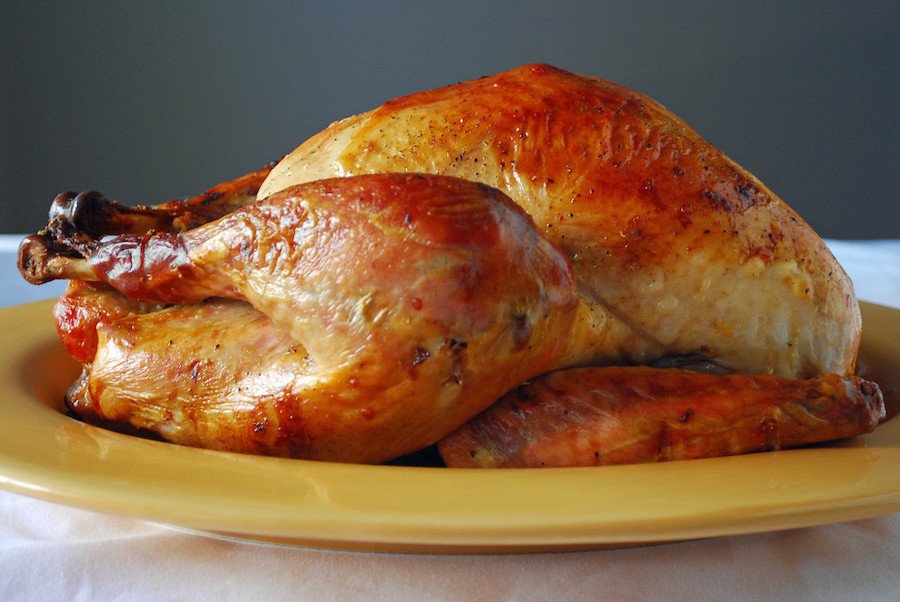 Massachusetts doesn’t have much in common with Alabama (just ask the Electoral College), but we do share the same state game bird: the wild turkey. Alabama actually beat us to the punch by making the fowl official in 1980; Massachusetts didn’t get around to it until 1991. Still, we are home to the first Thanksgiving, which turkey kinda headlined. (Take that, Yellowhammer State!) And even today, posses of ornery, feathered hooligans are spotted stalking city blocks, wearing their wattles like scally caps and hassling passerby like the true Boston bruisers they are. 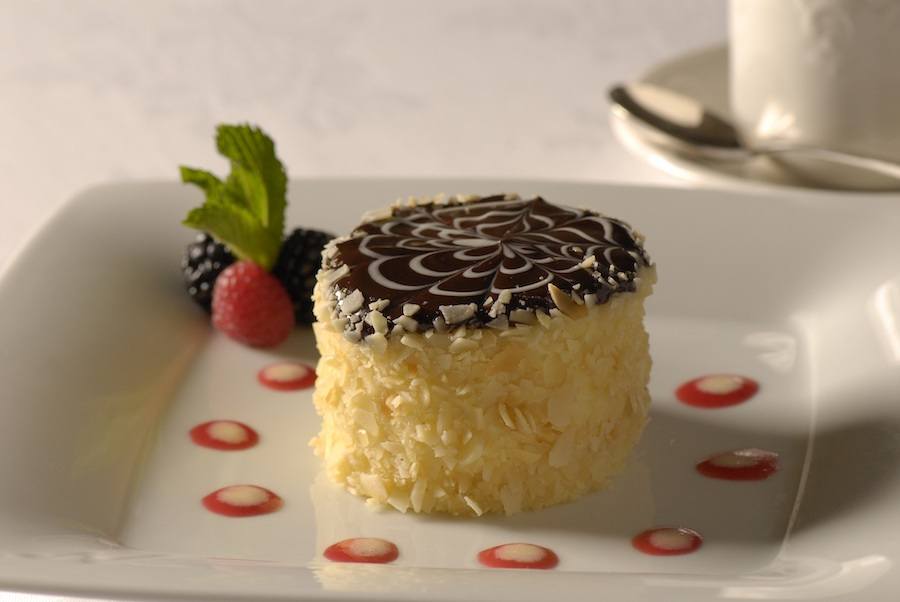 No one could accuse Boston’s Parker House Hotel of being short on historical trivia: It’s been acknowledged as the country’s oldest continuously operating hotel, at least until its temporary COVID-related closure. Ho Chi Minh worked as a baker there, and Malcolm X as a busboy. It holds a special place in the story of A Christmas Carol, whose author Charles Dickens is said to still linger at the purportedly haunted hotel. Oh, and it’s also the birthplace of the Boston cream pie, that cake-custard-chocolate trifecta so indelibly associated with us that it became the state’s official dessert in 1996. You can still score a slice at Parker’s Restaurant in the hotel (once it reopens)—the same place where JFK proposed to Jackie at Table 40, in case you need one more anecdote for the annals. 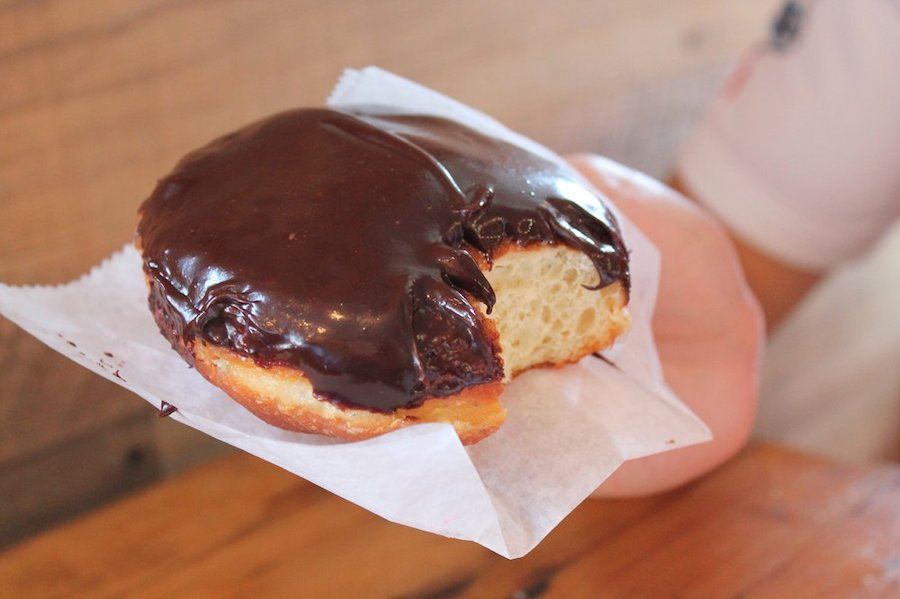 File this one alongside The Godfather Part II, The Empire Strikes Back, and Aliens in the list of sequels that surpass the original. After all, a Boston cream pie in donut form is much easier to wield with one hand while using the other to chug an iced coffee, a significant development in the personal narrative of any born-and-bred Masshole starring in their own latest installment of Runnin’ Around Doin’ Errands on a Sunday. 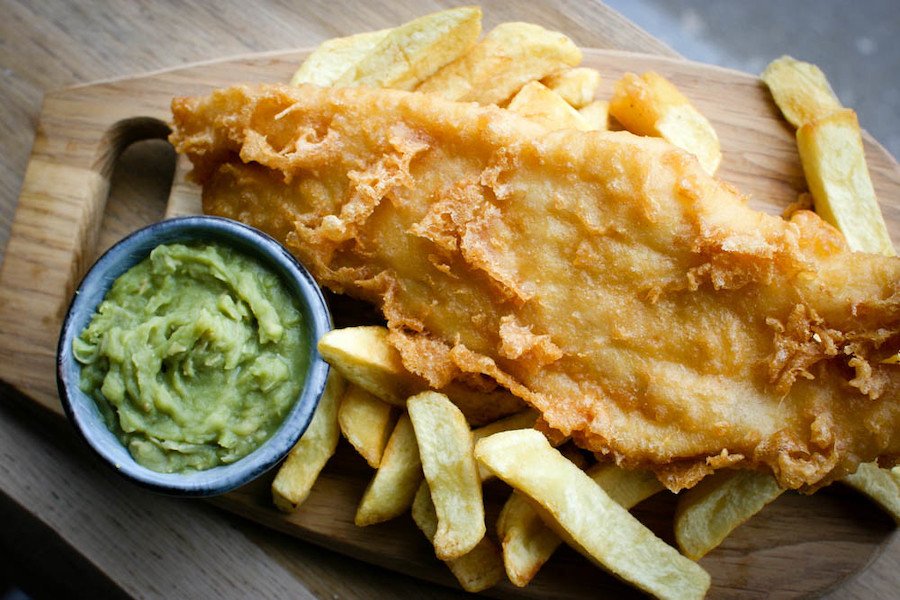 Obviously, the importance of cod to Massachusetts’ cultural identity cannot be overstated. We have a whole cape named for it! It’s emblematic of the Bay State’s larger fishing heritage, which stretches from the rocky coast of the North Shore to the sandy coves of the South! No summer home on ACK or the Vineyard is fully furnished without one of those gurgling cod pitchers sitting on a credenza! Whether grilled with a lemon-butter sauce, baked and topped with crumbly crackers, or beer-battered and deep fried, the versatile fish can pull off anything and always represents us swimmingly. 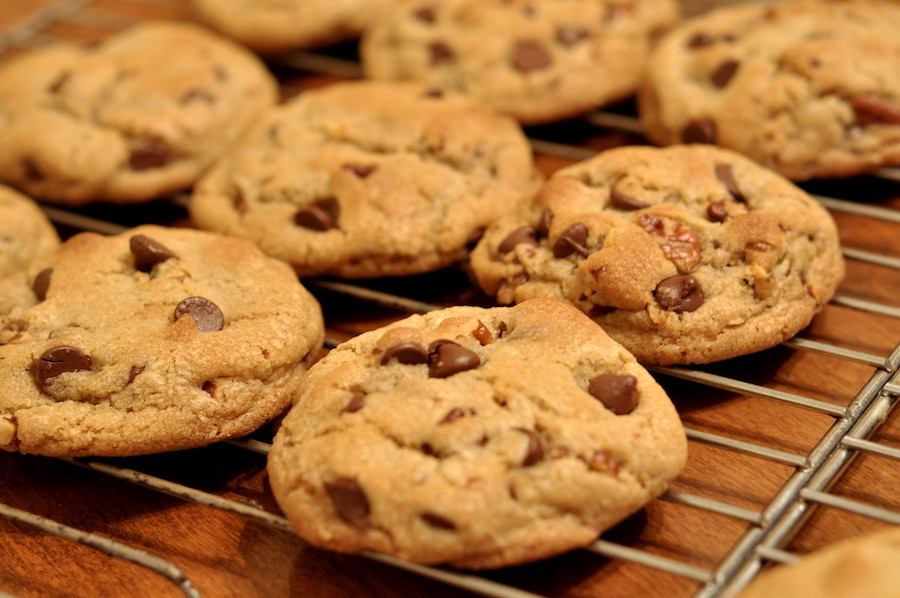 The chocolate chip cookie is a treat so ubiquitous, you almost forget that someone had to invent it at some point. It sort of feels like the first one was plucked, fully formed and flush with Nestlé chips, from a tree in Eden’s garden—or maybe, just maybe, it arrived to Earth swaddled like Superman when he fell from Krypton. But nay, dear reader: The chocolate chip cookie was born at the late Toll House Inn in Whitman, Mass., where a bronze plaque commemorates the occasion, and went on to conquer the country bite by bite. It’s not the food most expressly associated with Massachusetts, but that’s sort of the point. Around here, we’ve made so much history that we don’t have to brag. You’re welcome, world.