How Did Cranberry Sauce Become a Staple Thanksgiving Food?

You can thank Ulysses S. Grant for the sweet November side dish. 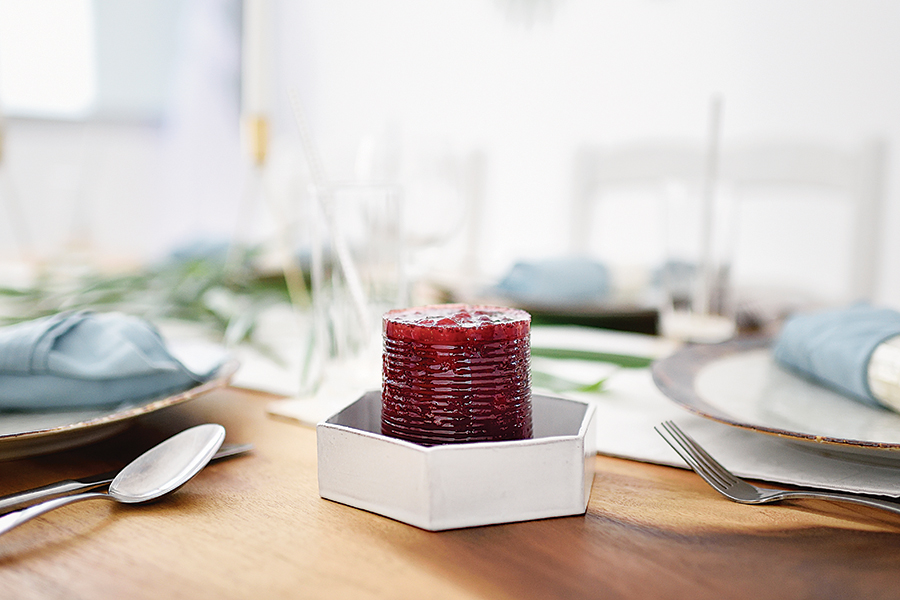 I hope I don’t offend anyone, but I really don’t like cranberry sauce. Why do we have to have it on Thanksgiving? Did the Pilgrims eat it when they got here? And am I a bad New Englander for hating it? —W.P., Newton

Okay, W.P., no offense taken, so I hope you don’t mind the question I have: What is wrong with you?  Cranberry sauce is a crucial component of the Thanksgiving table, where its tart, bright acidity cuts through all of the heavy turkey and gravy and stuffing and mashed potatoes. The zippy little fruit—our official state berry, mind you—is also a crucial component of the Massachusetts economy: Each year, the Bay State’s own cran-cooperative, Ocean Spray, produces some 70 million cans of cranberry sauce alone.

That being said, I hardly think you’re a bad New Englander for not eating the stuff, as it’s likely the Pilgrims didn’t eat it either when they arrived here on the Mayflower 400 years ago. Going by two eyewitness documents from the time, we can only say for certain that the First Thanksgiving meal in 1621 consisted of waterfowl (probably goose or duck), wild turkey, venison, and corn in some form—everything else is educated conjecture. Indeed, the Wampanoags used the area’s native cranberries for food and dyeing clothes, and many academics suggest that they taught the settlers to make a healthy energy staple called pemmican out of cranberries pounded together with dried meat and fat. But as for your reviled relish, the Smithsonian and Plimoth Plantation agree that the first written reference by an English settler to boiling the berries with sugar to make “a sauce to eat with…meat” wasn’t penned until 50 years after the First Turkey (or Waterfowl) Day—and it took General Ulysses S. Grant famously serving it to his Union soldiers during the Civil War to popularize it. As for the notorious jellied version, you can thank farmer Marcus Urann of Hanson, who first came up with the idea of canning his berries in 1912.

But even if you’re not a fan of the cranberry sauce that slithers out of a can with a glurg and lands with a thunk on the platter, you might enjoy something like my mother’s chilled cranberry-grape salad, which, while it does include fresh cranberries cooked with sugar and gelatin, also features plenty of other textures and flavors in the form of chopped celery, apples, and walnuts. I hope you try making it, and if you do, I have only one caveat: It’s not really a New England recipe, as my mom’s from Iowa.