Five Takeaways from a Conversation with Chef Jason Santos

The Boston chef and Hell's Kitchen co-star on Yelp burns, bad Chinese food, and the future of the restaurant business. 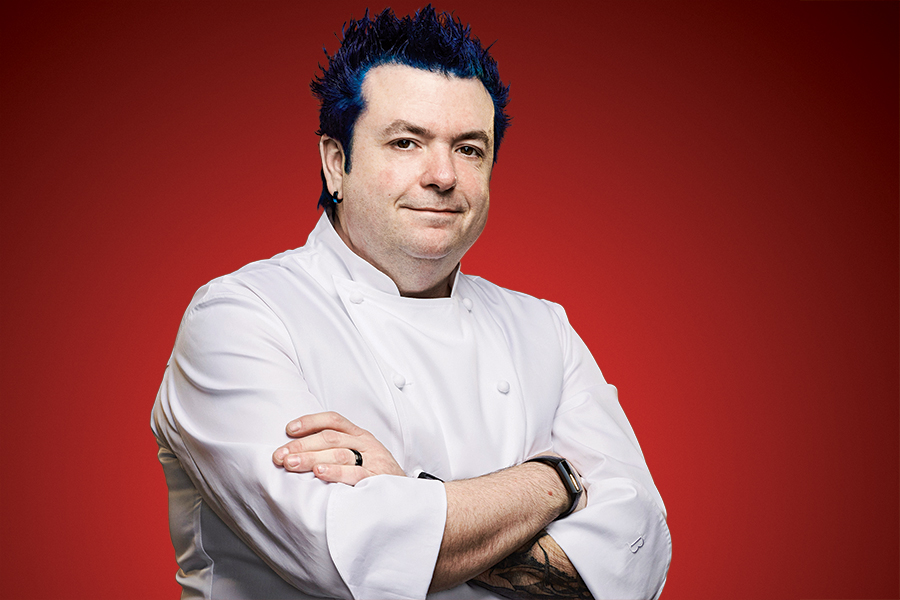 It used to be that the phrase “blue hair” conjured up images of old ladies. These days, it’s just as likely to make you think of celebrity chef Jason Santos. After competing on Hell’s Kitchen in 2010, the fan favorite has returned to serve as host Gordon Ramsay’s sous-chef, among other TV gigs that include regular appearances on Bar Rescue, Today, and The Talk. And that’s to say nothing of his work slinging biscuits and nachos at his popular Boston restaurants, Buttermilk & Bourbon, Citrus & Salt, and Abby Lane. Before his Hell’s Kitchen season wraps up, we caught up with the busy and highly opinionated toque to talk about life on and off the small screen for the March issue. Here’s the highlight reel.

He doesn’t think COVID will forever change the restaurant industry.

“I think as far as things like sanitation, I’ve always prided myself on really clean kitchens and tons of personal hygiene. Now we have extra sanitizer out, and we’re obviously following code, with a limit of 90 minutes seated at a table. But we’ve always been that clean, so we haven’t really had to do anything that different. I think people have changed. They’re a lot more vigilant about what’s going on. I went out for brunch at a local place, and I watched this guy mix my omelet with his hands. I was like, “That’s disgusting.” But I actually think the restaurant business will be even stronger on the other end, because people have been cooped up for so long. I think it will come back, and then some.”

The French Chef once sent his food back.

“I cooked for Julia Child in 1995, back when I worked at the Blue Room in Cambridge. And she personally sent my dish back. She thought it was too salty, which I thought was ironic, because she drank a ton, and usually if you drink a lot, you like salt. So in my adult career, I’d love another chance to cook for her, and not live the rest of my life sorry that I fucked up Julia Child’s dinner.” 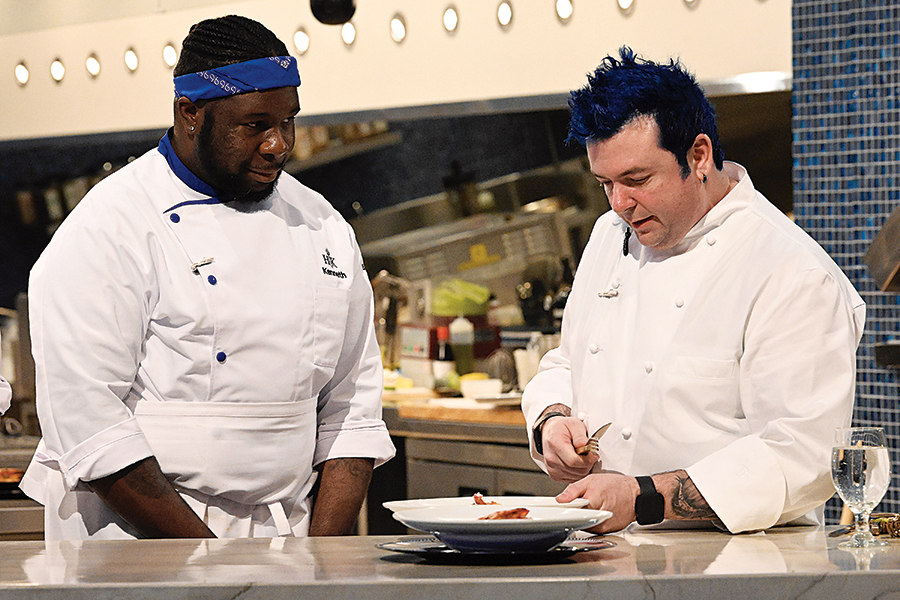 “It’s ridiculous. I’ve had a former employee write a Yelp review, which was just a bunch of lies, and they wouldn’t take it down. I’ve had people say, “Oh, I came in to Buttermilk & Bourbon and had the lamb, and it was horrible.” Well, we don’t have lamb on the menu. I’m probably going to piss off a lot of people, but I hate Yelp. But then, like, OpenTable, those are people that actually dined at a restaurant and are legitimate. So that, I read. I look at our OpenTable once a week. Because if one steak comes back salty, not a big deal. Food is very subjective. But if five steaks come back salty, it’s probably salty. So, I look for continuity.”

As much as he loves Gordon Ramsay, his goal is to have his own cooking show someday.

“My favorite things in life are food and personality. And that’s why I love doing TV, because I get to cook and be me. I always joke and say, “I’ve made a career out of coming in second,” because I’ve always been either second place or second to the star. But yes, I would love my own TV show. That’s my white-picket fence.”

He has a very specific guilty pleasure.

“I love super-shitty Chinese food. I love egg foo young with crap gravy. Don’t get me wrong. Sometimes, I’ll go to Chinatown because I want awesome dumplings and hand-pulled noodles. But sometimes I just want some kung pao chicken from a strip-mall restaurant.”