The Sunset Club in Newbury, opened by a team of Boston-area hospitality legends, is a year-round outdoor lounge with frozen margaritas and a fire pit. 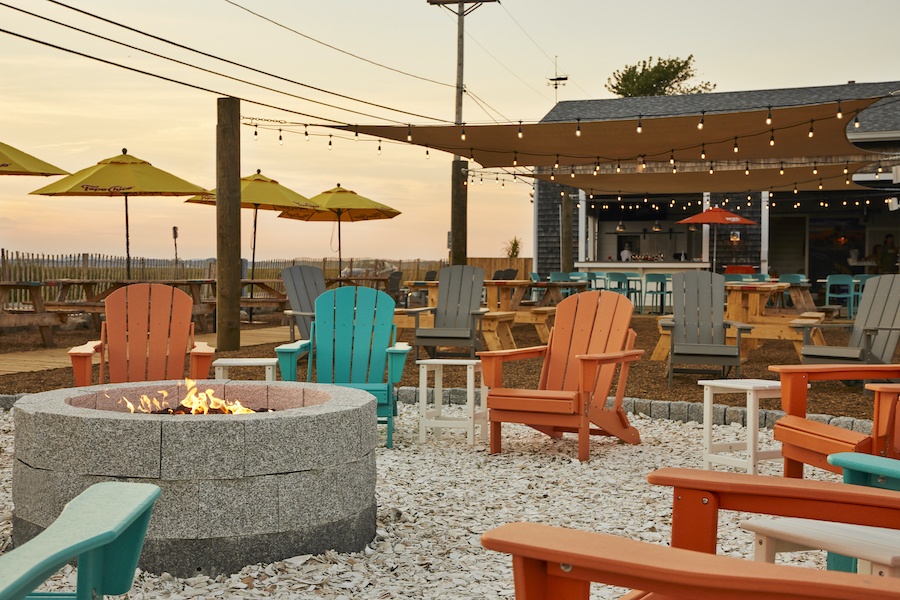 A revered Boston-area restaurant group is making the most of summer’s waning daylight with a new year-round restaurant and bar on Plum Island. The Sunset Club opens Friday, August 20 in Newbury, with a menu of tacos, ceviche, fruity cocktails, and canned beer—as well as stunning sunsets on special, courtesy of Mother Nature.

The 130-seat, mainly-outdoor eatery is situated on Plum Island’s historic Great Marsh and the Merrimack River. It’s an oasis of picnic tables, Adirondack chairs, and yard games, centered around a large gas fire pit. The bar itself is housed within a cedar shingled-shack, a building that was at one time an auto repair shop, with garage-bay doors that blur the boundaries between inside and outside. 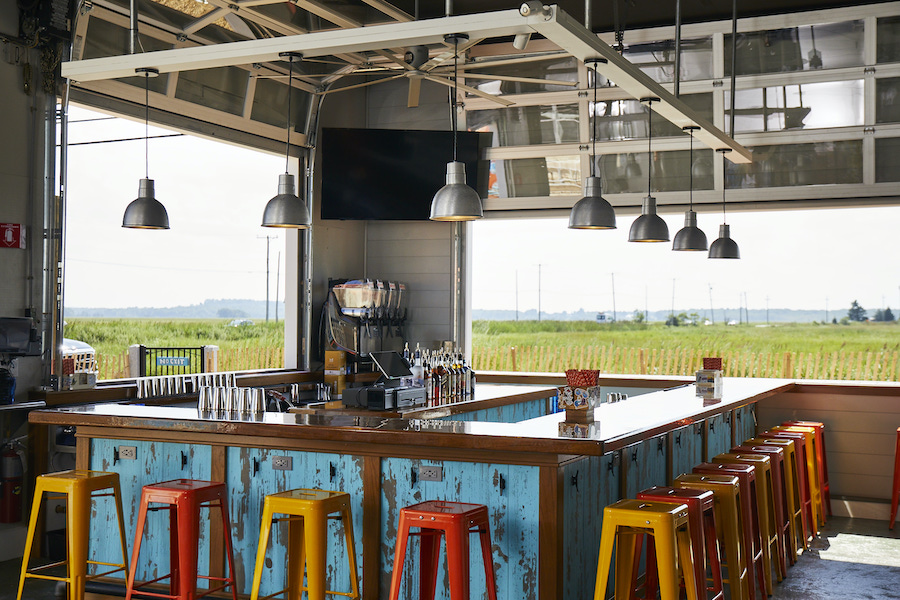 Naturally, the plan is to soak up the latter as often as possible. “One of the biggest attractions to this concept was [that] it is open-air,” says Beau Sturm, a Newbury resident and partner in Starlite Management Company, which is also behind Trina’s Starlite Lounge and Parlor Sports in Somerville, Audubon in Boston, and the Paddle Inn in downtown Newburyport. “We’ll have the garage-bay doors up as often as weather allows.” 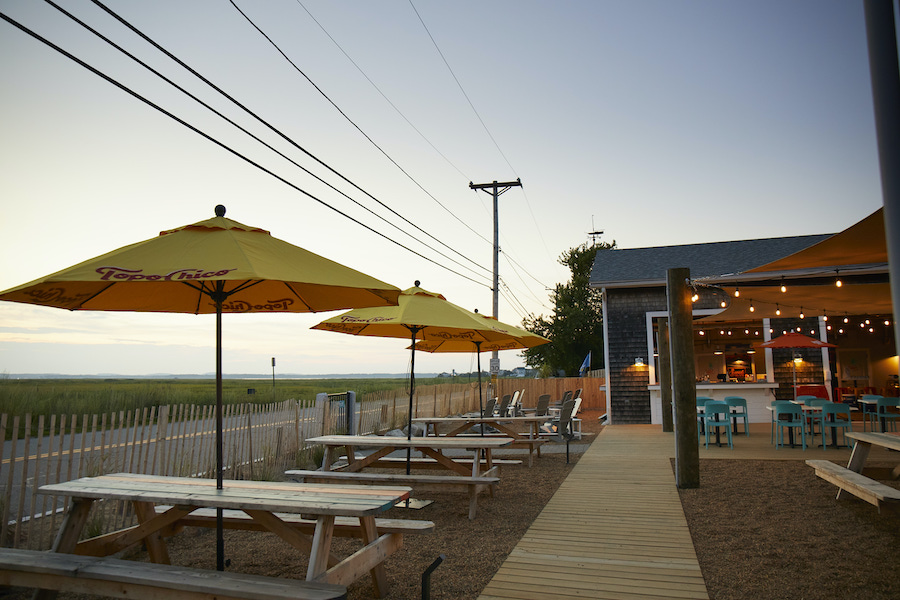 The Sunset Club is a new partnership between the Starlite group—which also comprises legendary Boston hospitalitarian Josh Childs, chef Suzi Maitland, and operations lead Emma Hollander—and North Shore developers Vincent Godin and Jeff Christensen. Brothers-in-law and co-owners of Plum Island’s Cottage Island Market & Spirits and the Cottage Surf Shop, Godin and Christensen initially envisioned transforming the former Angie’s Service Station into a wedding venue, Sturm says. The developers got to know the Starlite team by frequenting the Paddle Inn, and involved them in new plans for the space after the pandemic hit and stymied most events business. 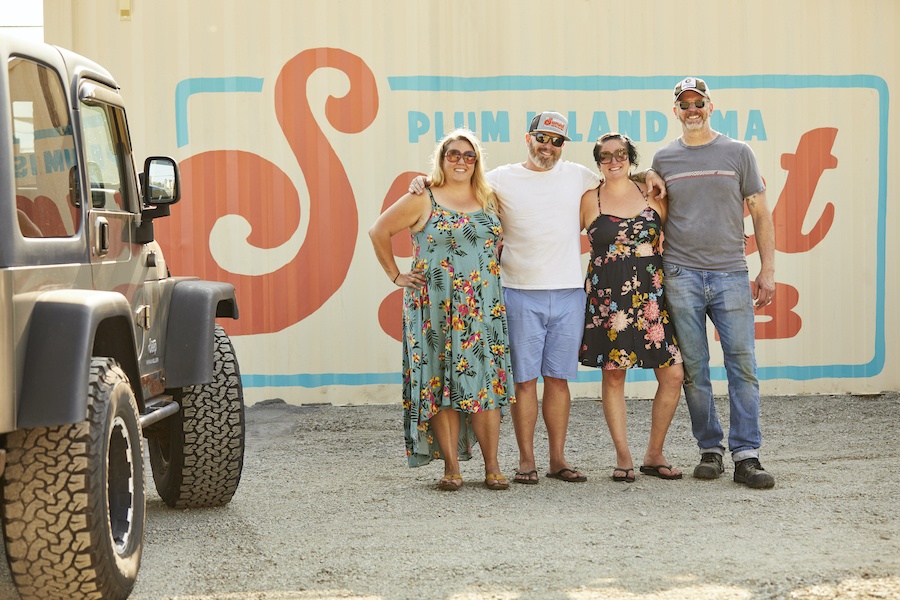 Sturm was sitting on the property with Godin and Christensen at golden hour one evening when they asked for his thoughts. “I’d pull up a taco truck and have some frozen margaritas and call it a day,” Sturm recalls. “This view’s sick.”

The resulting concept riffs on the easy, approachable vibe Starlite Management does well: the surf shop-style Paddle Inn earned a Best of Boston award in 2019 as the North Shore’s best casual restaurant, while the team’s beloved Boston-area spots are similarly bedecked in accolades and approaching their 10-year anniversaries.

Dyer “really dialed into what Suzi does, which is to understate and overdeliver,” Sturm says. 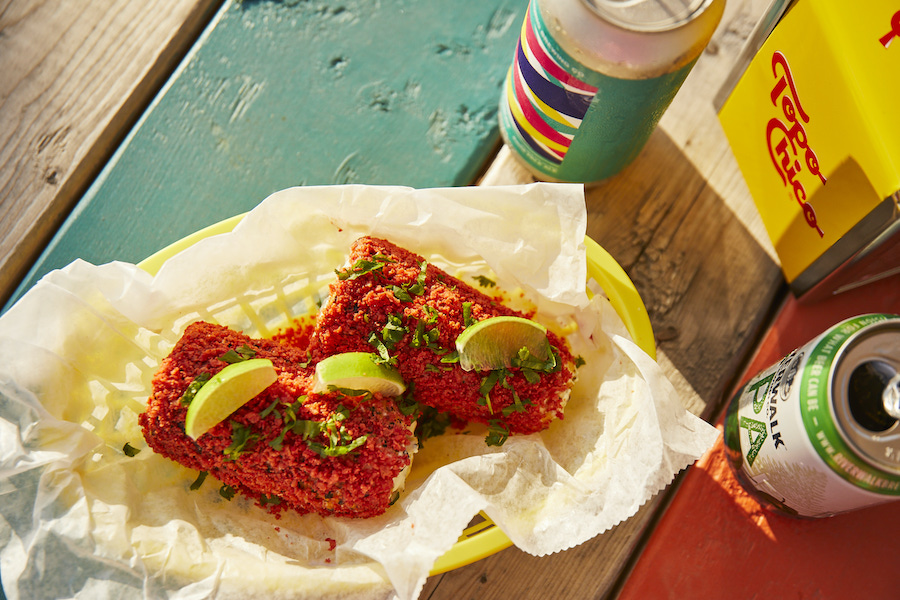 The cocktail menu, meanwhile, was developed by Hollander, a one-time Trina’s bartender who oversaw the Somerville spots as general manager before being promoted to partner. The drinks skew classic with fruity and fun twists, such as Frosé with seasonal fruit “+ love;” the Spite House, a whiskey soda with watermelon and lemon; and a frozen margarita spiced up with house-made chamoy, a Mexican-style sweet chili sauce. Canned beers can be ordered by the bucket, and soft drinks include fresh cucumber lemonade and sweet tea.

The rest of the Sunset Club team comes directly from Newburyport: The opening crew is made up of Paddle Inn employees, in fact, since that restaurant is closed for the summer while its chef heals from an injury and hiring remains an unprecedented challenge, Sturm says. It’s not ideal, he acknowledges, especially after the Paddle Inn staff worked hard to remain open during the tumultuous months of the ongoing pandemic. But he says assigning the team on Plum Island is a “lemonade out of a lemon” situation, and he points out that the few new hires will have the opportunity to train with Starlite Company veterans. 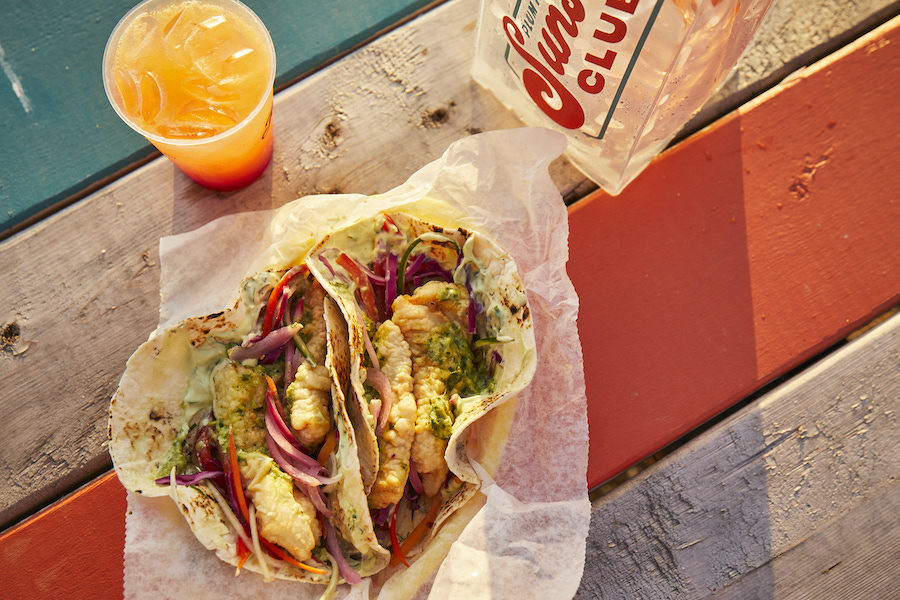 And they’re ready for visitors. The Sunset Club opens this Friday, operating from 3-9 p.m. daily (lunch hours will be added soon). There are barstools and a handful of tables inside the one-time auto shop for bad weather days, though the plan is to remain open outside whenever weather allows. The Sunset Club is adding heaters on the patio later this fall, and is building an outdoor bar for next season. There are plenty of summer beach days left this year, however, and plenty of attractions to explore nearby: Beyond the beautiful Plum Island Beach, the area abounds with other outdoor activities, including hiking and cycling (Sunset Club boasts bike parking as well as a car lot), bird-watching in a wildlife refuge, and clamming.

Mix in some sunset cocktails, and you’ll understand why Plum Island is “the best kept secret,” Sturm says. “It’s like Cape Cod without all the people,” he adds, joking with this reporter to please keep it that way. 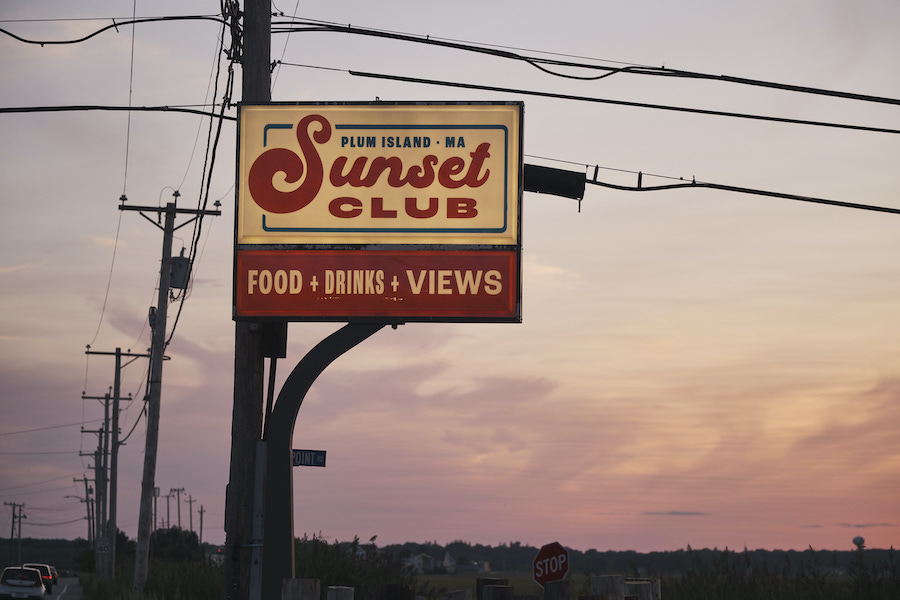