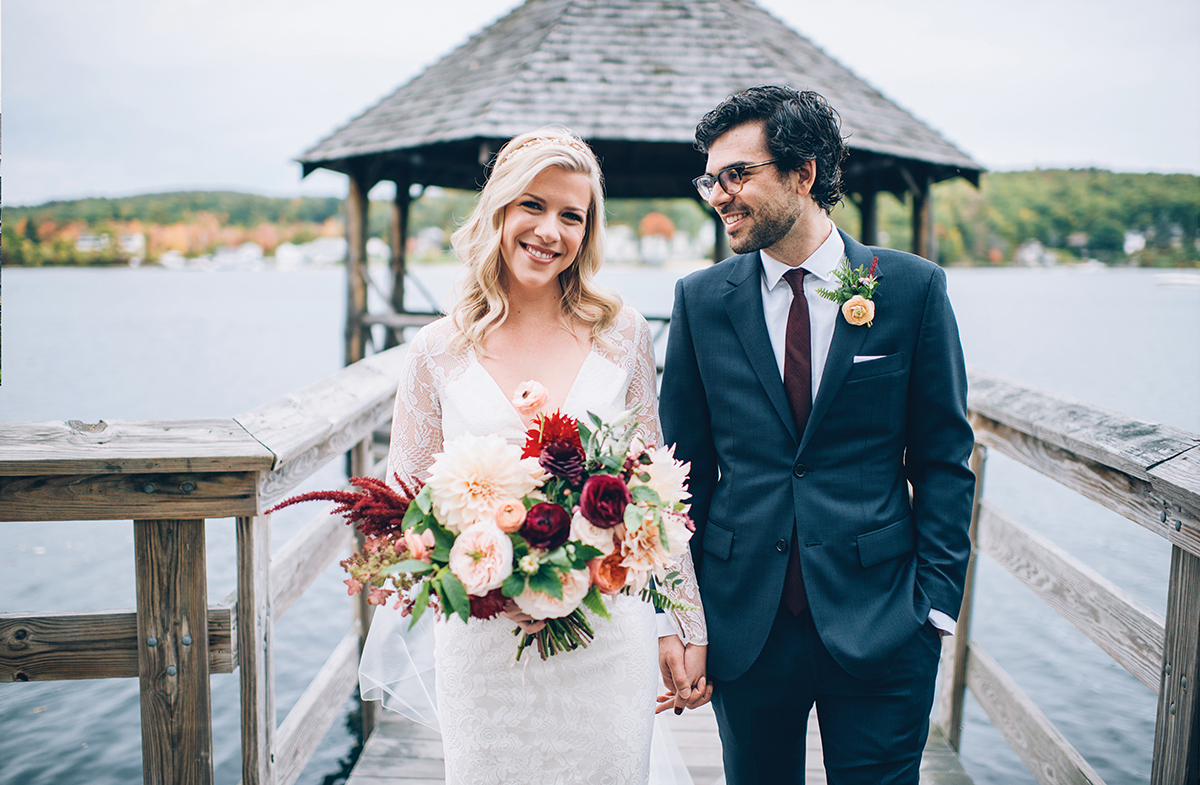 Both bride and groom were well styled for the occasion: Meg in an elegant lace dress by Alexandra Grecco and Ethan in a dark-blue suit from Indochino. / Photograph by Cambria Grace

It took a whole summer for Ethan Schwelling to work up the nerve to ask his future wife, Meg Bailey, out on a date. The two were working together at a Boston media production agency, he as an assistant editor, she as an intern. “I totally had a crush on her the entire summer,” Ethan explains. When not finding excuses to collaborate, the two exchanged glances in the hallway until Meg’s last day, when Ethan finally invited her to coffee. Seven years later, the couple said “I do” on Lake Winnipesaukee’s shores.

Even before they got engaged, Meg and Ethan knew they would marry in the area, having enjoyed many trips together to nearby Lake Kanasatka, where his family has a home. With a location chosen, they focused their attention on turning the wedding into a mini vacation for their guests, setting an October date to make the most of Winnipesaukee’s fall charm. “We wanted to work in the scenery as much as we could,” Meg says.

Just as important as the scenery, though, were the tunes. The bride’s and groom’s fathers, both musicians, lent their talents to the ceremony, with Ethan’s dad playing the processionals on guitar, including “First Day of My Life” for Meg as she walked down the aisle. Meg’s father joined him for a duet on “If I Needed You,” performed in place of a reading. “Everyone was crying,” Ethan says. “We really just wanted people to come and feel like one big family for the weekend,” Meg adds, “and I think we definitely succeeded at that.” 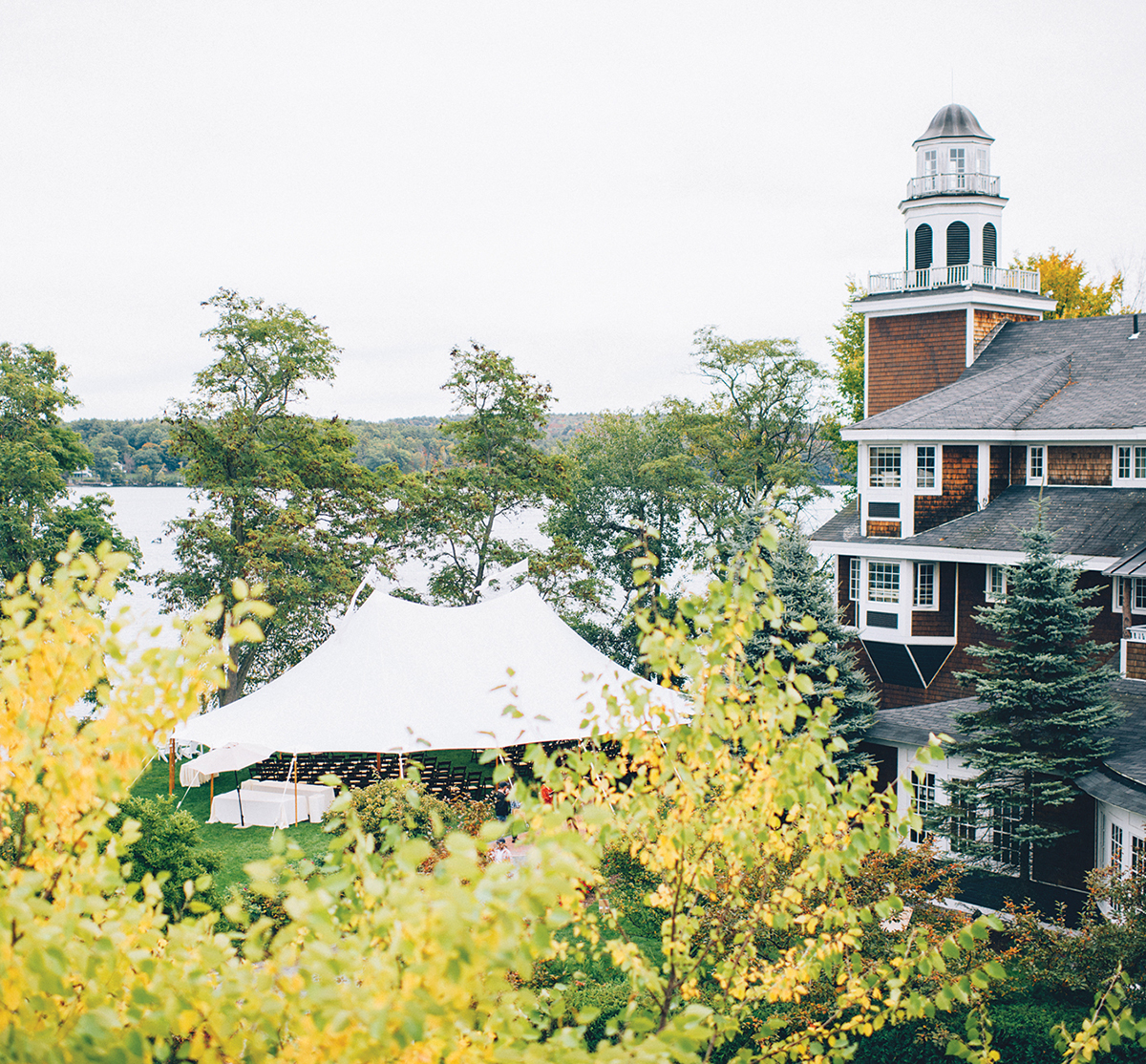 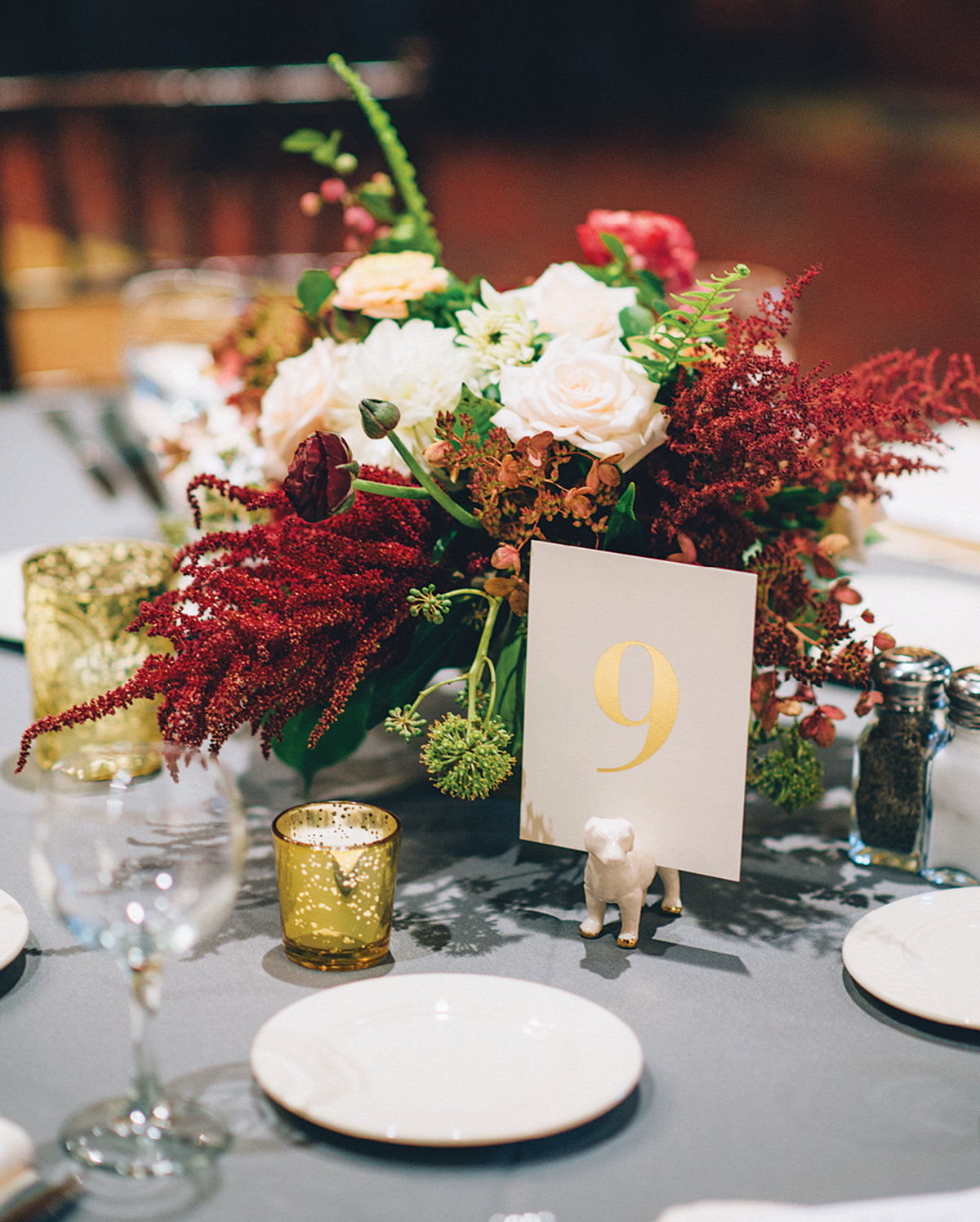 “I don’t know flowers very well,” Meg says, so she just told the designer, “‘Here are my colors and the look I’m going for—do what you think is best.’ And what I got was even more beautiful than I ever could have imagined.” 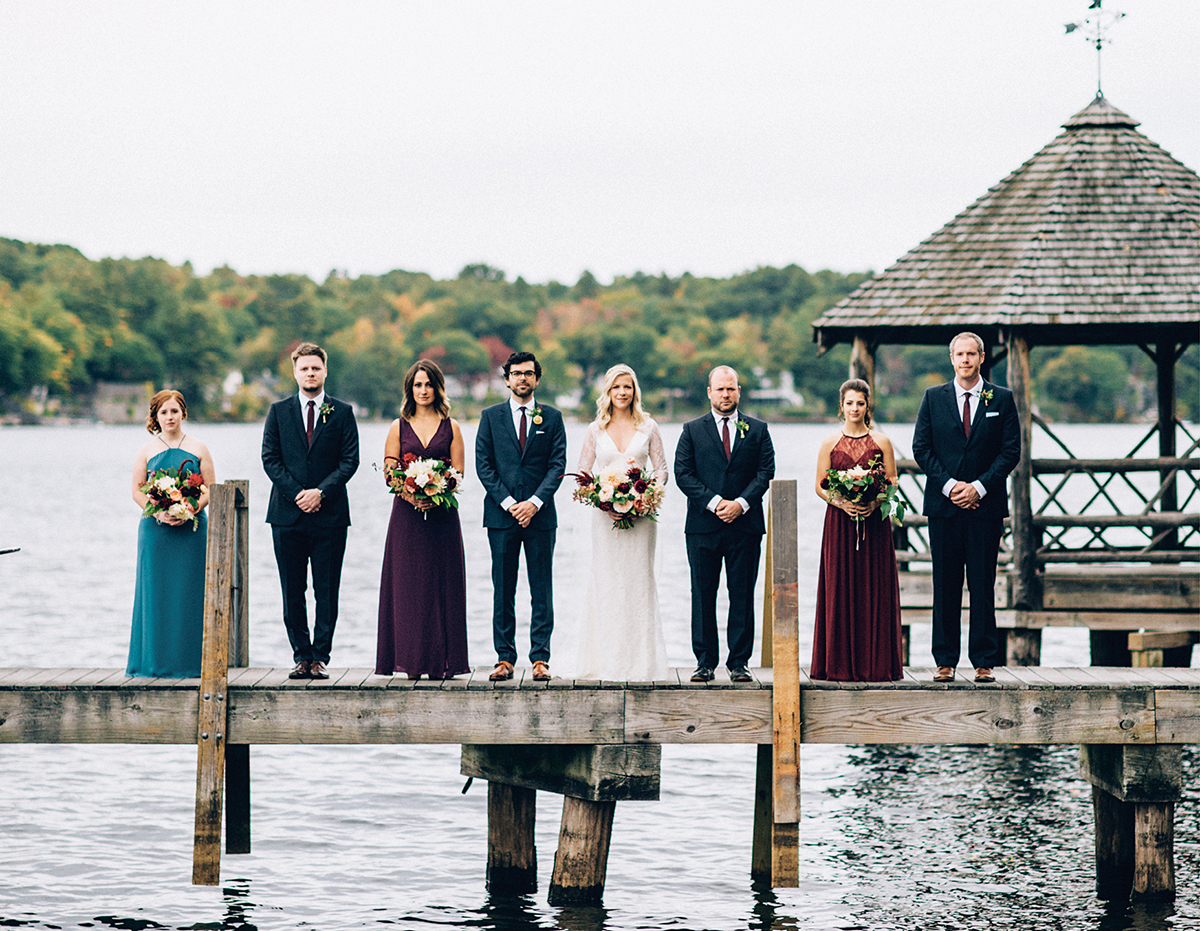 Meg shied away from neutral colors, instead dressing her bridesmaids in rich, jewel-tone gowns to complement the day’s autumnal vibe. 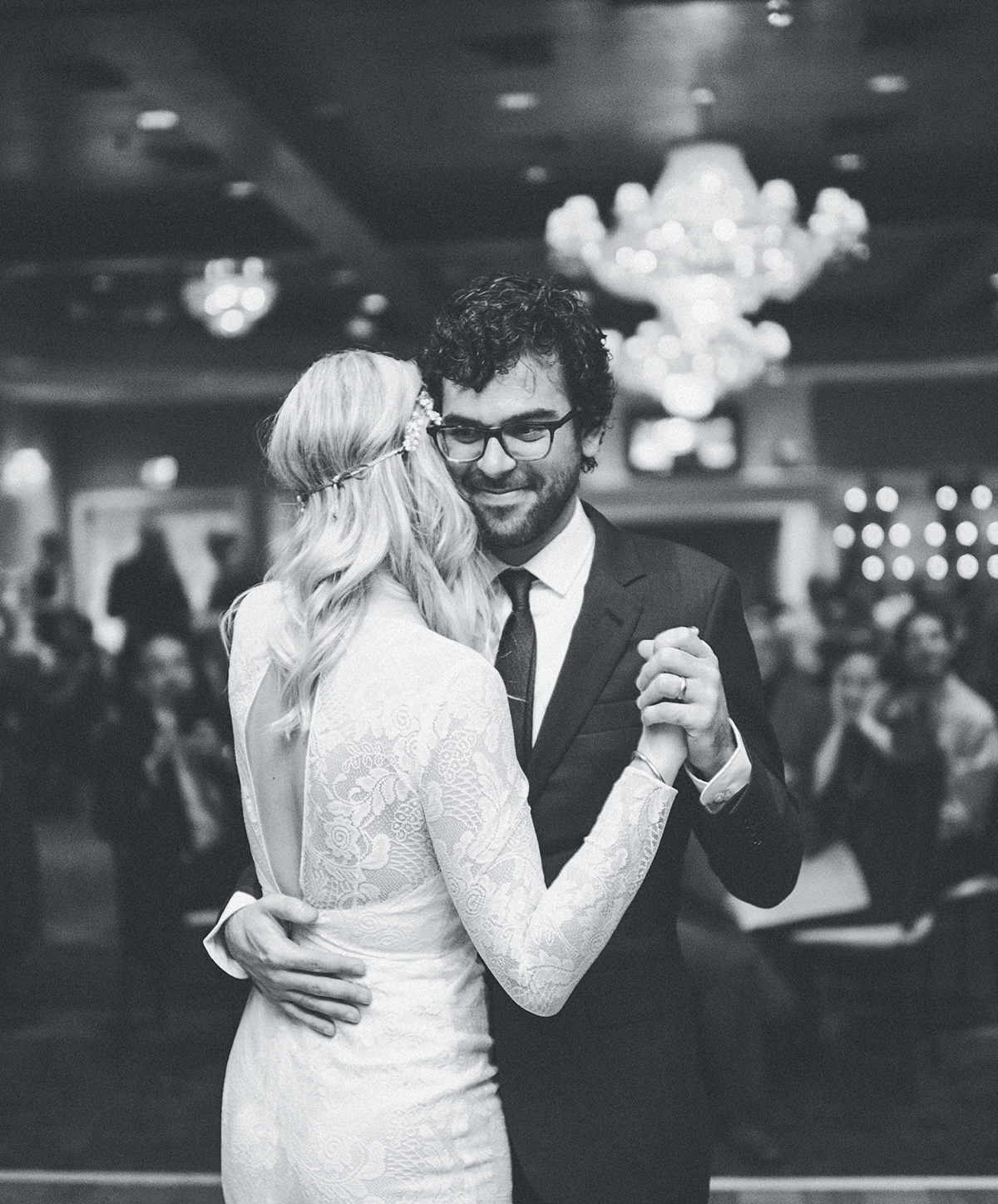 The couple chose Hozier’s “From Eden” for their first-dance song as an homage to the time they spent together in Ireland. 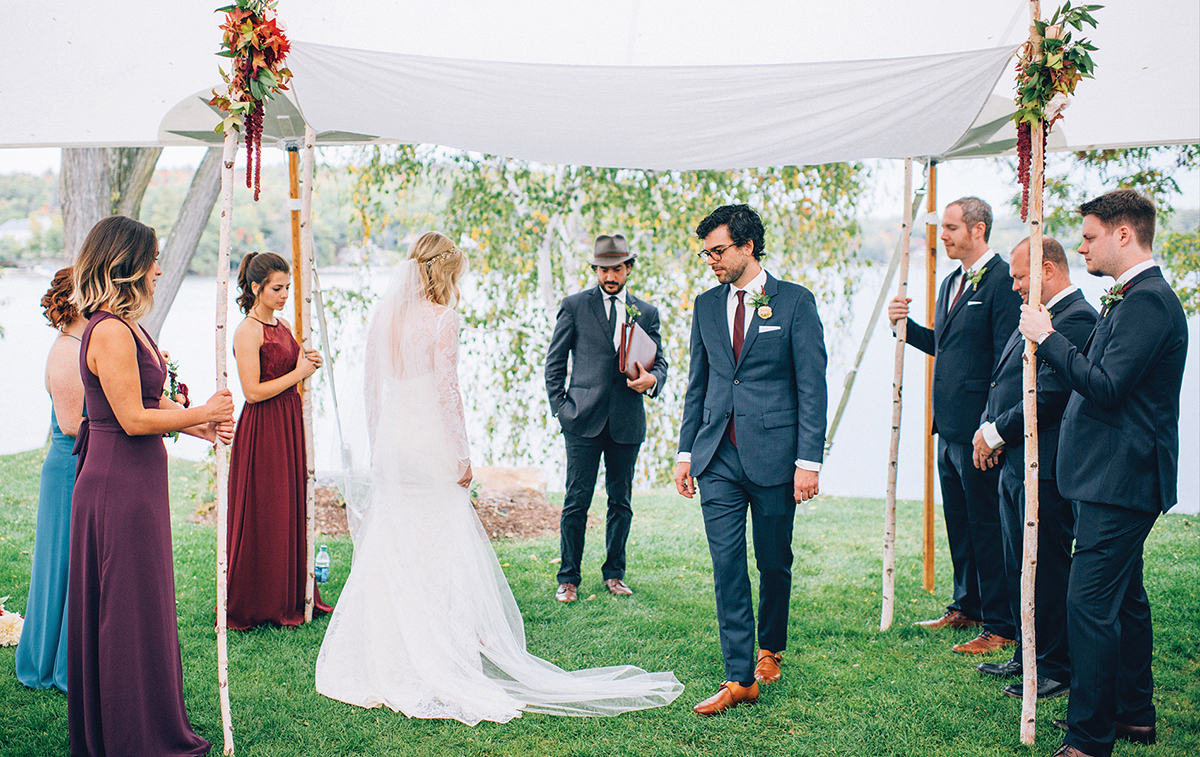 It was important for Meg, who’s Irish, and Ethan, who’s Jewish, to incorporate nods to their respective heritages, including a chuppah held by their wedding party during the ceremony and a riotous wedding toast performed with shots of Irish whiskey instead of champagne. 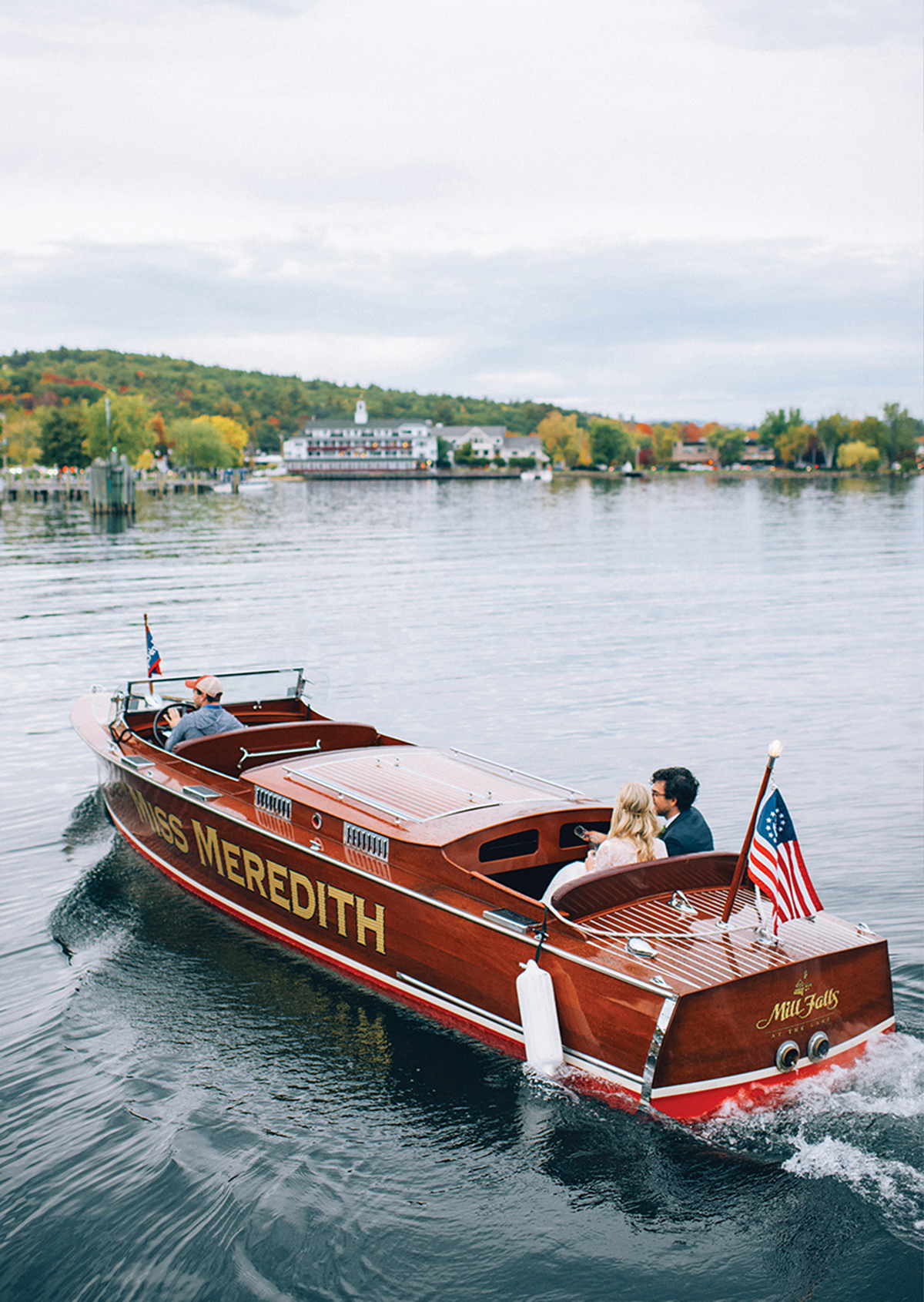 The newlyweds enjoyed a moment to themselves during a solo speedboat tour of the lake, a gift from Meg’s mother. 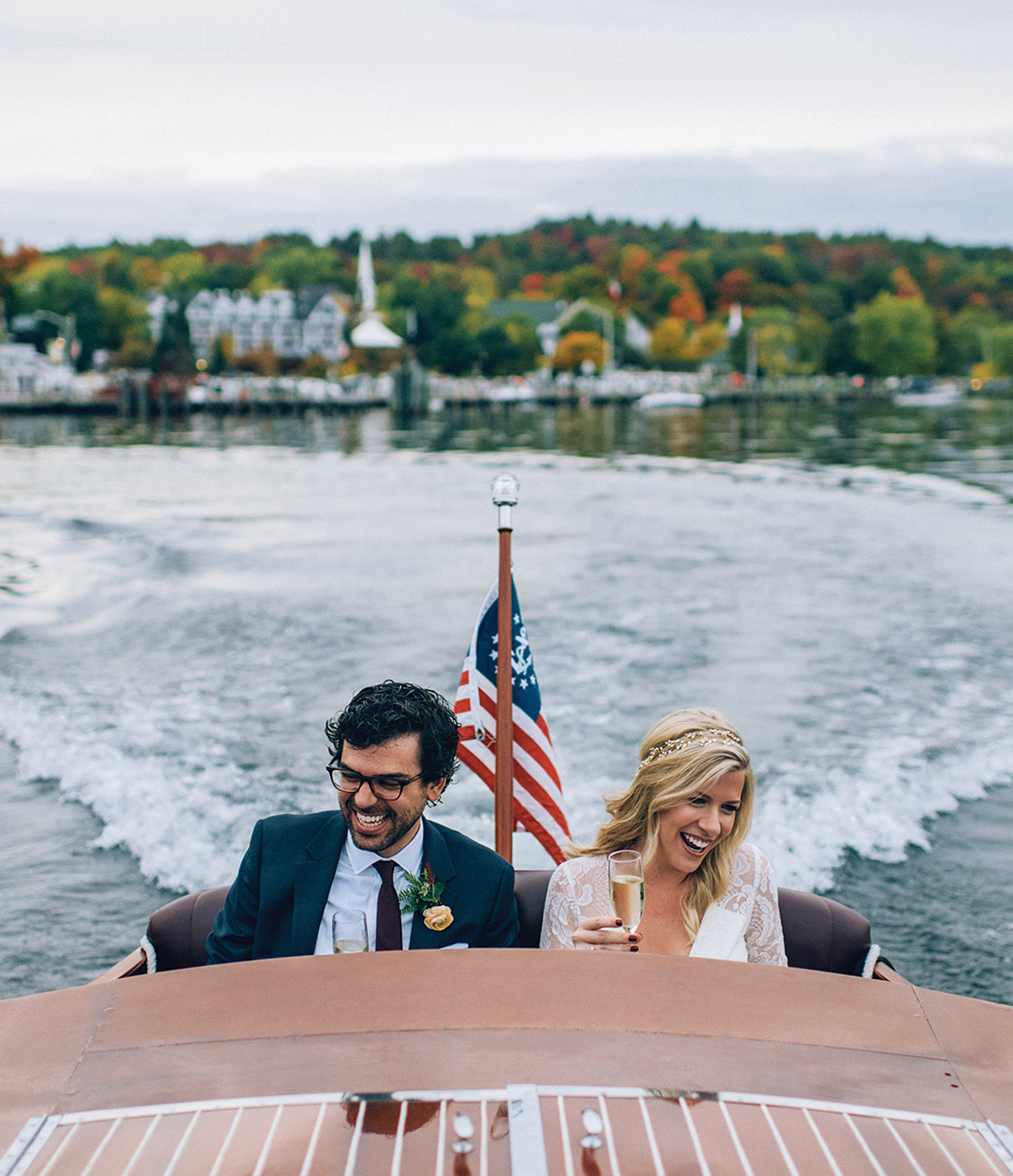