And had a total blast (despite the pouring rain). 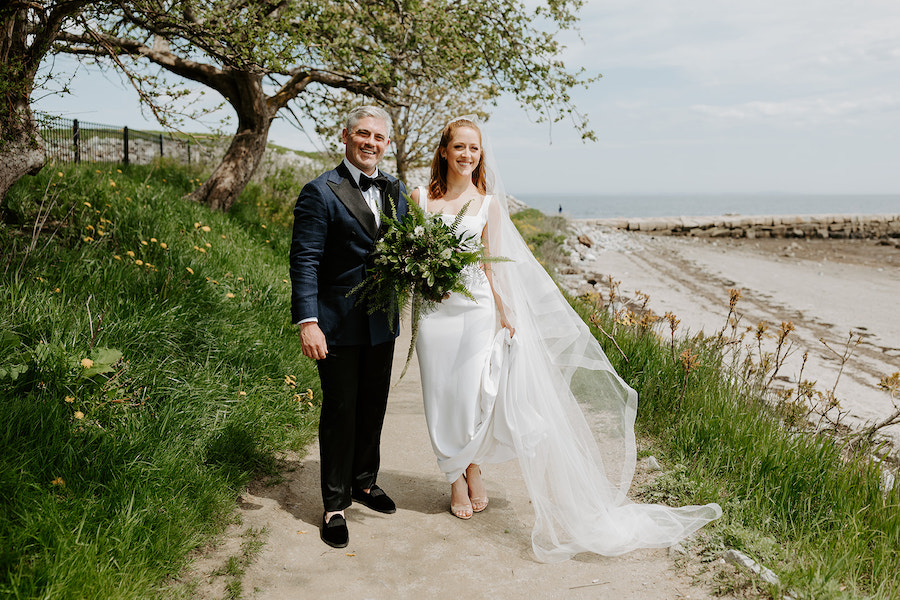 Brittany Colleran and Jack Owens live a very Boston love story. She grew up in Dorchester, he hails from Southie, and both attended Boston Latin. While they weren’t friends during high school, they each took a job at Cheers in Faneuil Hall one summer during college and started to get to know each other then. The following summer, in 2007, the pair started hanging out more often with a group of mutual friends. They grew closer, though at the time, Brittany thought their relationship was merely casual. “I wasn’t looking to find my husband when I was 20 years old,” she explains. Yet a more serious relationship soon blossomed.

Ten years later, the couple flew to Iceland to celebrate Brittany’s birthday. After they landed, they headed to the Blue Lagoon, a geothermal spa, where they bathed and had lunch before heading up to a deck overlooking the lagoon. Once they were there, Jack took out a ring and got down on one knee. “I knew we would get engaged. We’d talked about it and obviously had been together for quite some time, but I really had no idea that was going to happen,” Brittany says.

When she and Jack first started thinking about their special day, they envisioned a destination wedding. So they traveled to Tulum, Mexico to visit Gitano, a jungly outdoor restaurant. The bride loved the venue, but quickly realized it wouldn’t work: “It was stunning, but I knew there was no way all the people we cared about would be able to make that trip,” she says. So they decided to keep things more local with a celebration at Samoset Resort in Rockport, Maine, and draw inspiration for their decor from Gitano instead. “I loved, loved, loved, the whole ‘jungle disco’ thing they had going on,” she explains. To help create the lively atmosphere the couple wanted, they filled their reception tent with abundant tropical greenery and glittering, suspended disco balls. “The party was kind of wild,” Brittany recalls. “It was so much fun.” 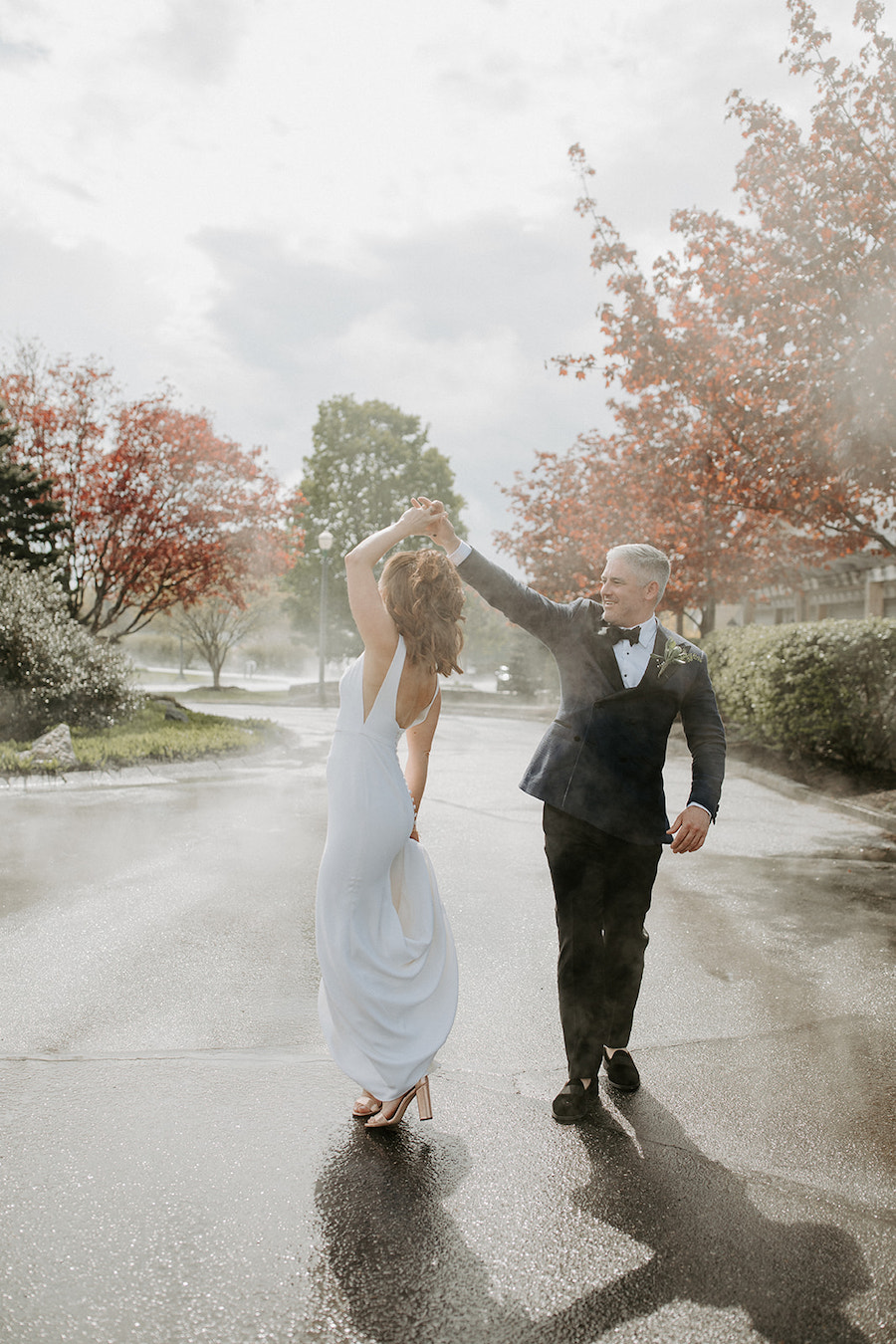 “I wanted a dress that was classic and timeless,” Brittany says. At first the bride was on the hunt for a gown with a lot of detail, but instead ended up falling for a simpler frock, to which she added a tulle overskirt for the reception. 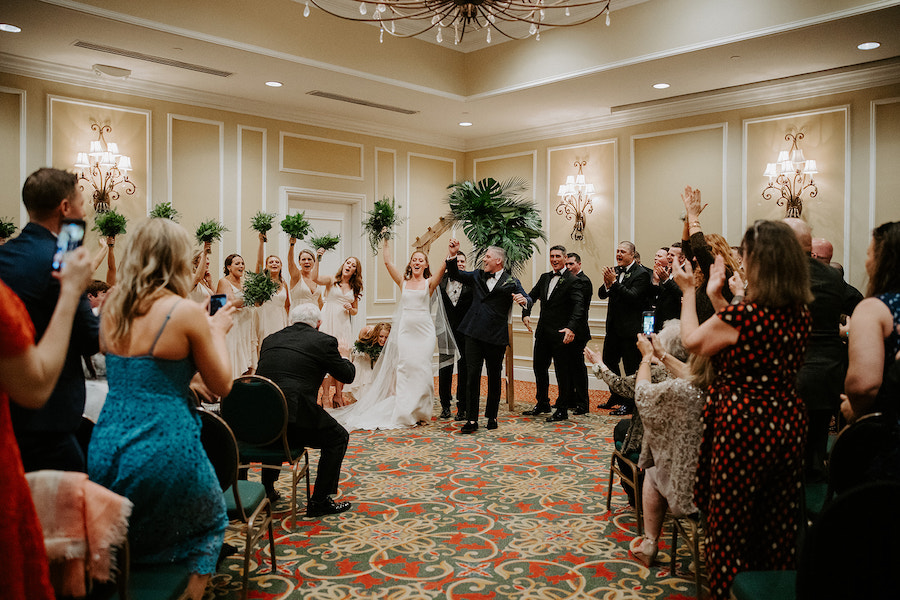 The couple’s planned outdoor ceremony was just about to begin when it started to rain. So, at the last minute, the couple moved the ceremony—officiated by Brittany’s brother-in-law, Thomas—inside the resort. 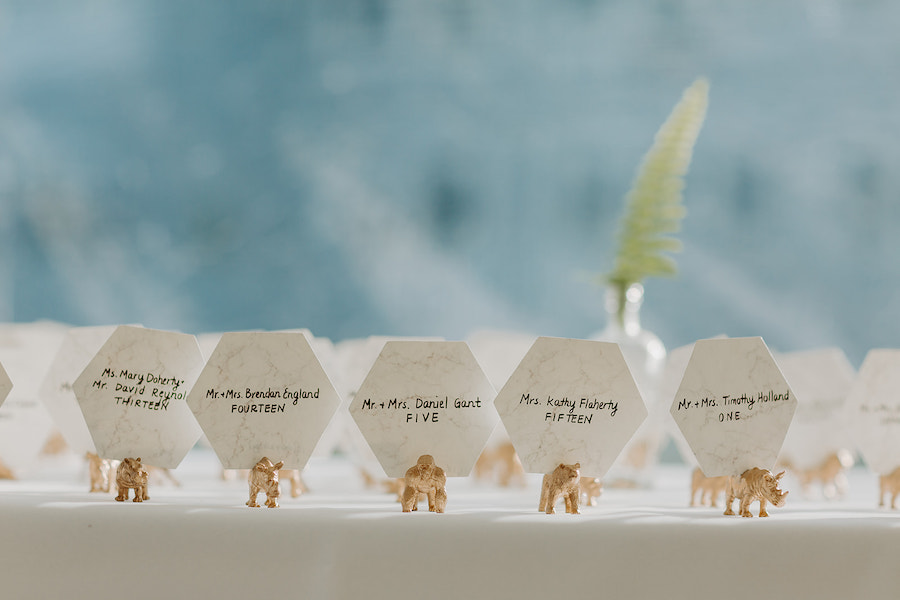 Brittany had seen a photo of animal-figurine escort cards on Pinterest years before she got engaged, deciding then to DIY her own
when she eventually got married. Since the bride was busy finishing dental school, however, the project was put on hold until the
week of the wedding. “We were out on a balcony of the hotel sawing slices into the animals’ backs, painting them gold, and writing the escort cards,” she says with a laugh. 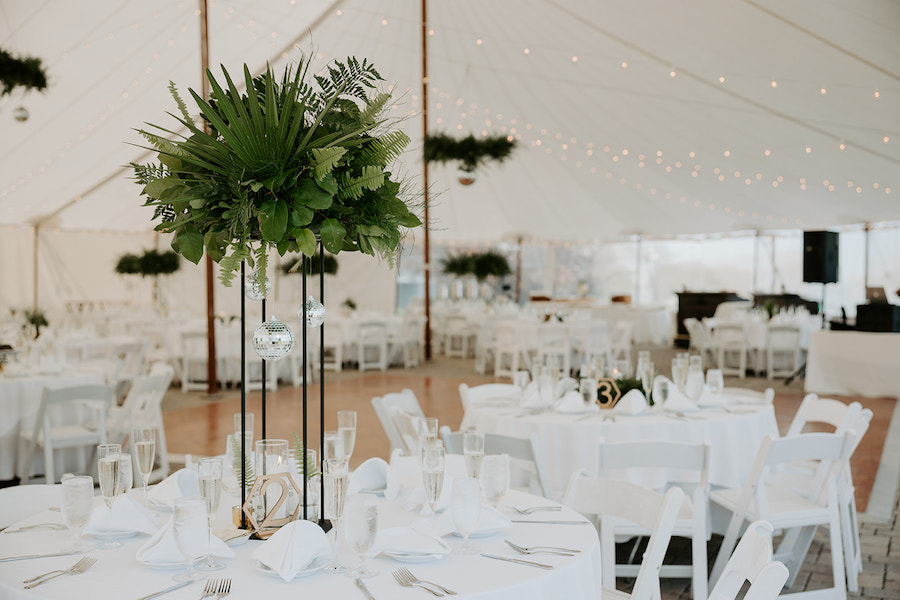 “[Our florist] did a great job of meshing the timeless look [of the venue] with something more funky, which is what we were going for,” the bride says of the tablescapes, which featured palm fronds and disco balls. 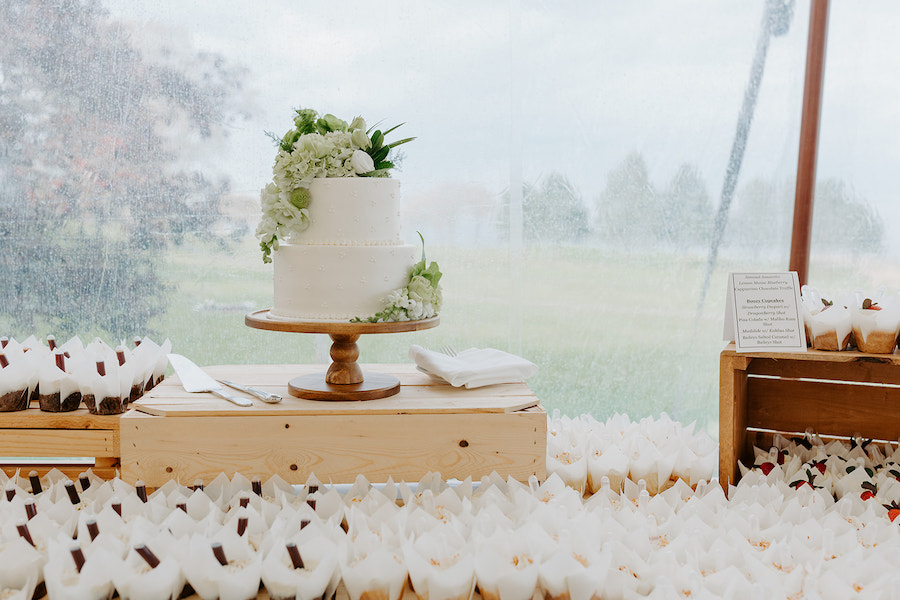 In addition to an almond-amoretto and lemon-blueberry cake, the couple served “boozy” cupcakes in flavors that included mudslide with a Kahlúa shot and piña colada with a Malibu rum shot. 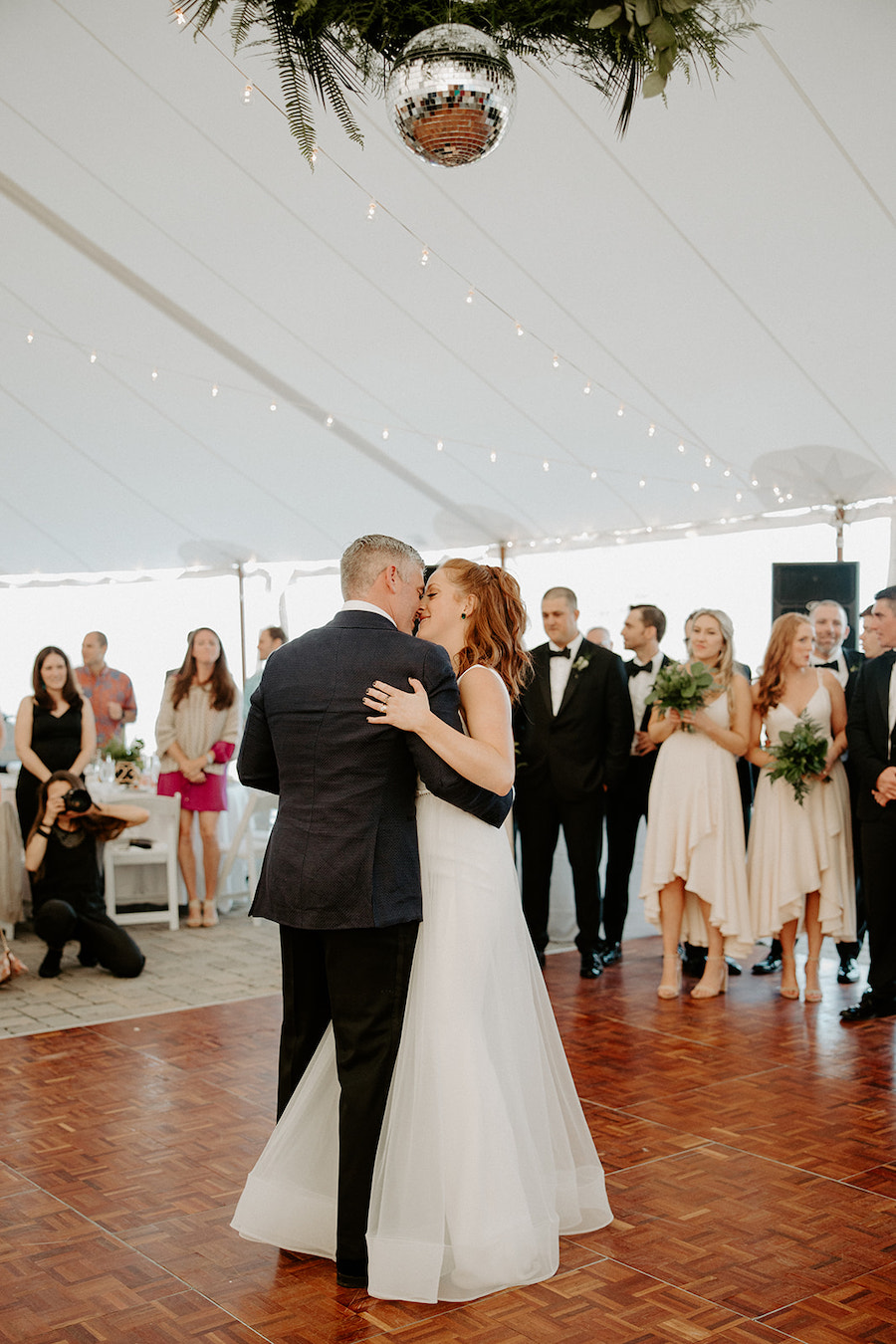 Brittany and Jack had their first dance to “Just the Way You Are” by Billy Joel, chosen by the groom. “[Jack] asked for very little in the wedding and he was like, ‘This song is us. It speaks to me.'”