Complete with performances by a Grammy-nominated brass band. 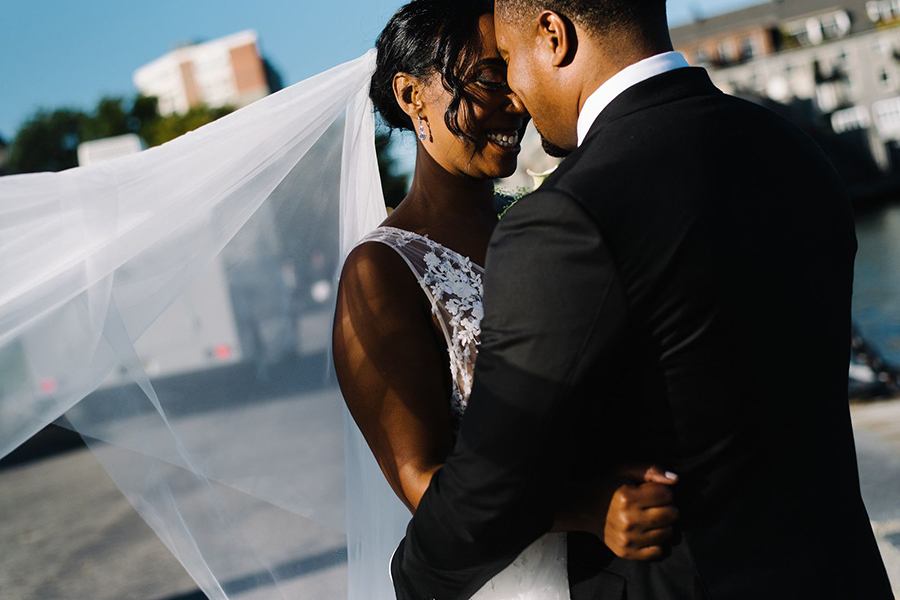 When her longtime boyfriend Taba Moses popped the question in 2017, Saba Kahassai was completely surprised. But then again, there were some signs. It was Labor Day Weekend, and the couple had plans to attend a family wedding that Sunday. On Friday, Taba arranged a romantic dinner for the pair at O Ya. “We love sushi, but I was like, ‘That’s really fancy,’” Saba recalls. “I thought that was weird.” Then came the unexpected reservation at the Mandarin Oriental, where Taba had booked a staycation. When the couple arrived at the hotel, Saba immediately noticed that staffers were staring at her. “I kept wondering what was going on,” she recalls.

It all clicked when the couple, accompanied by a staffer, opened the door to their hotel room. “[It] was fully decorated with flowers and candles and mylar balloons that said, ‘Say Yes,’” Saba recalls. As the Mandarin attendant looked on and recorded, Taba got down on one knee and proposed. The icing on the cake? The pair got to share their big news with family later that night, when they attended the wedding. “It was really special,” Saba says.

For their own celebration two years later, Saba and Taba sought a large city venue that would accommodate a lengthy guest list while allowing the couple to choose their own unique vendors. The Cyclorama, a sprawling industrial space first erected in 1884, checked both boxes. “It was a blank canvas where we could do whatever we wanted,” Saba says. For the couple, that meant serving a menu filled with Ethiopian and Caribbean cuisine, plus treating their guests to ample entertainment—including music from Grammy-nominated Hot 8 Brass Band, traditional Ethiopian artists Mahari Degefaw and Wedi Kokob, and DJ TGIF. “No one was ever bored because there was always something playing for everyone,” Saba says. “That was really special to me. When I think about how happy people were and how happy we were, it makes me smile.” 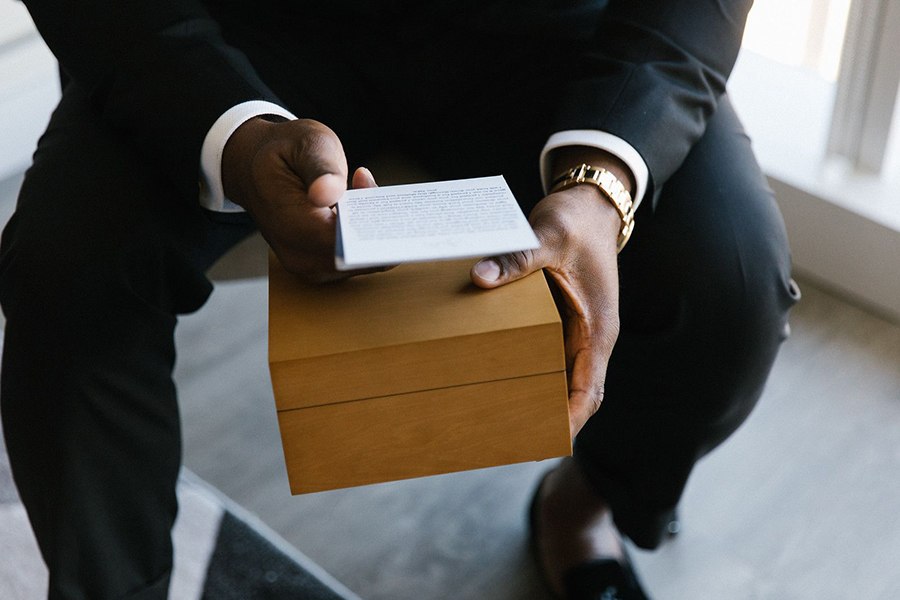 Before walking down the aisle, Saba and Taba exchanged sweet gifts, which planner Hermela Belachew of Behind the Design delivered to the bride and groom while they got ready. The pair also swapped cards containing their wedding vows. “We wanted to keep our vows private,” Saba says. 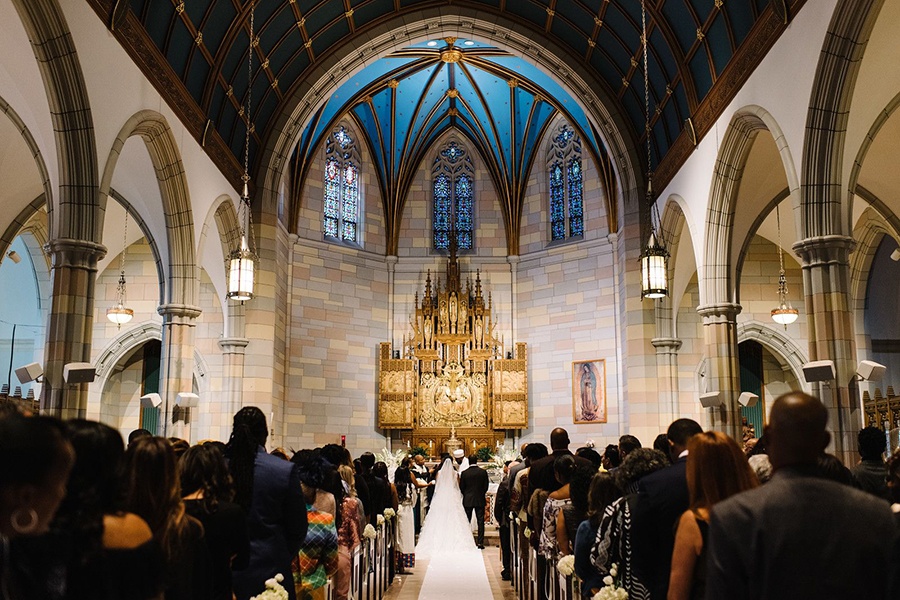 Saba and Taba wed during an hour-long ceremony at Saint Mary of the Annunciation Parish, in Cambridge, where they incorporated elements of their respective Ethiopian Orthodox and Baptist faiths. 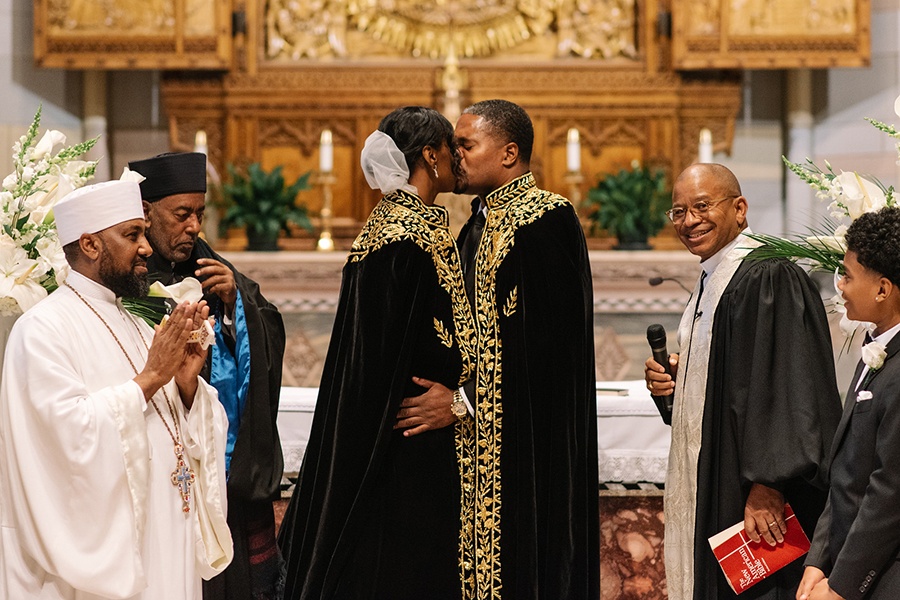 Per an Ethiopian tradition, the bride and groom donned capes at the end of the wedding to symbolize their union as “king and queen,” Saba explains. “The capes are draped on you once you’re officially married.” 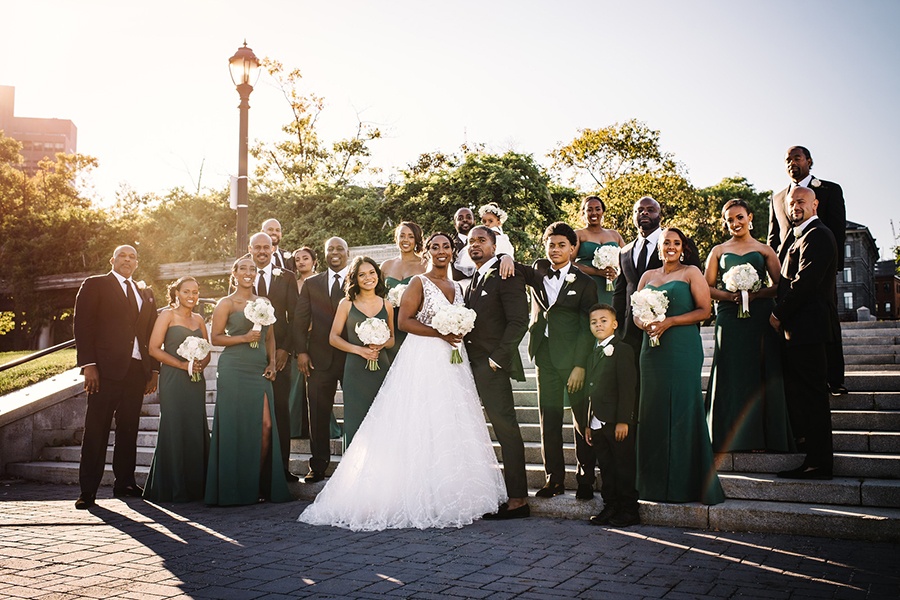 After the ceremony, the couple posed for photos with their wedding party at Christopher Columbus Park. 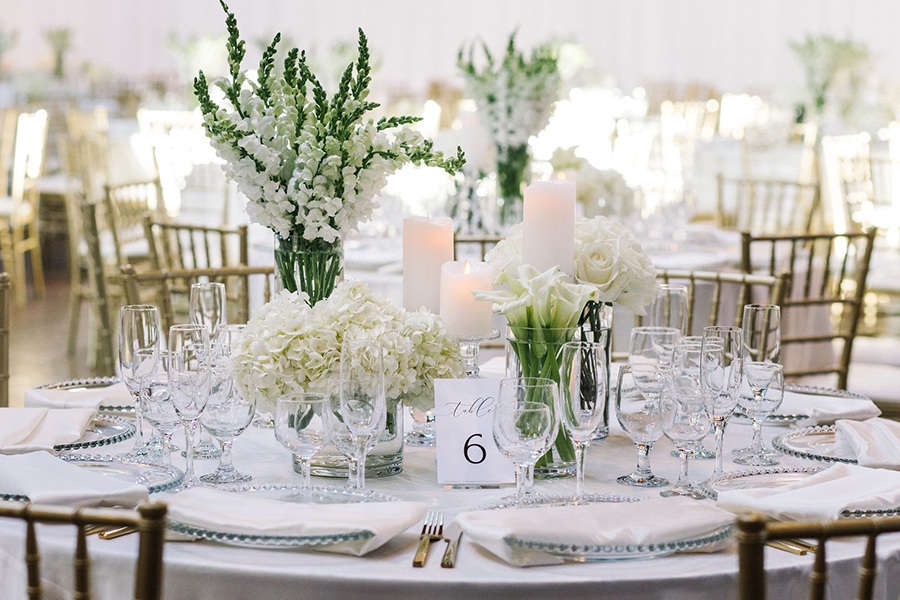 The reception tables at the Cyclorama featured an elegant arrangement of candles and vases, each filled with a different type of white flower. “I played with so many different vases, looking at the differences in symmetry and height,” says Saba, who worked closely with florist Sydney Smith. “I wanted a clean look.” 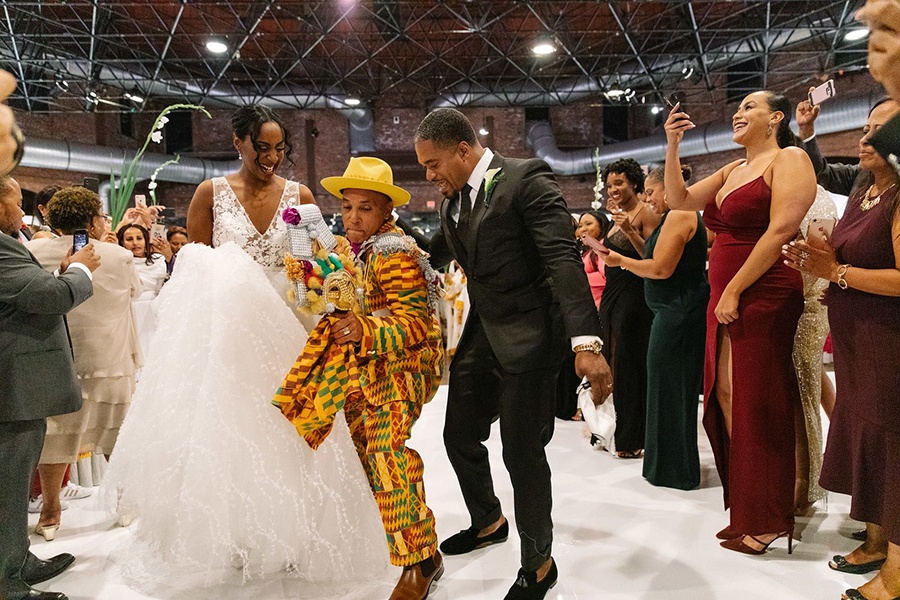 Starting with a lively performance outside the venue on Tremont Street, Hot 8 escorted the newlyweds inside the Cyclorama, where friends and family joined in on the musical celebration. In accordance with Ethiopian tradition, some of the women were holding flowers. “It was the greatest entrance ever,” says the bride, who credits Taba with the idea. “It’s not only a marriage of two people, but two families and cultures. I think we really showcased that.” 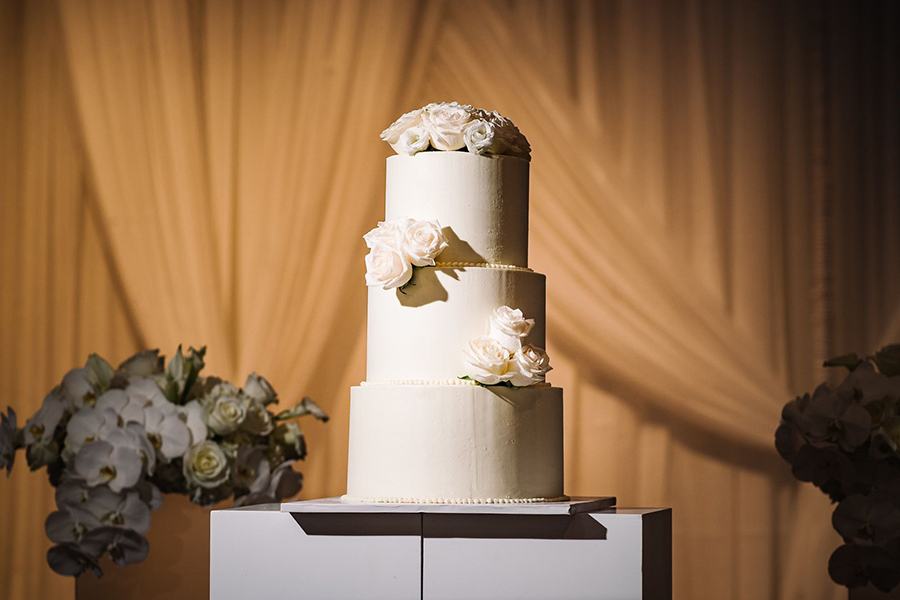 QccCakes owner Lisa Daniel dreamed up the couple’s chic wedding confection, which featured a mix of chocolate and almond. “She’s an incredible artist,” the bride says.