Throwback Thursday: When Houdini Jumped Off the Harvard Bridge

The magician plunged into the Charles River locked in handcuffs and shackles. 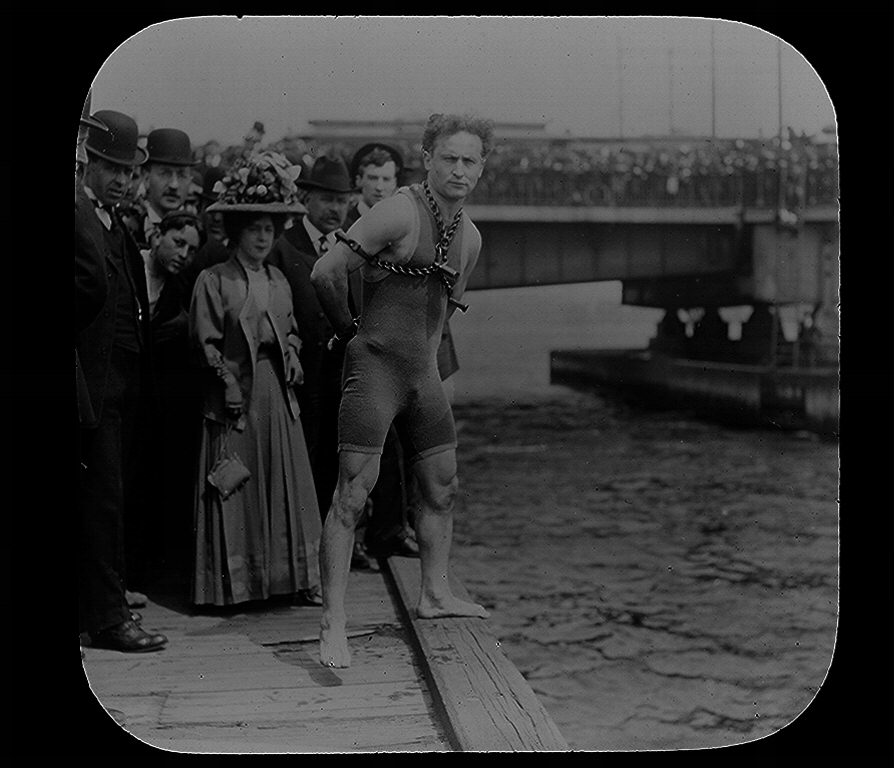 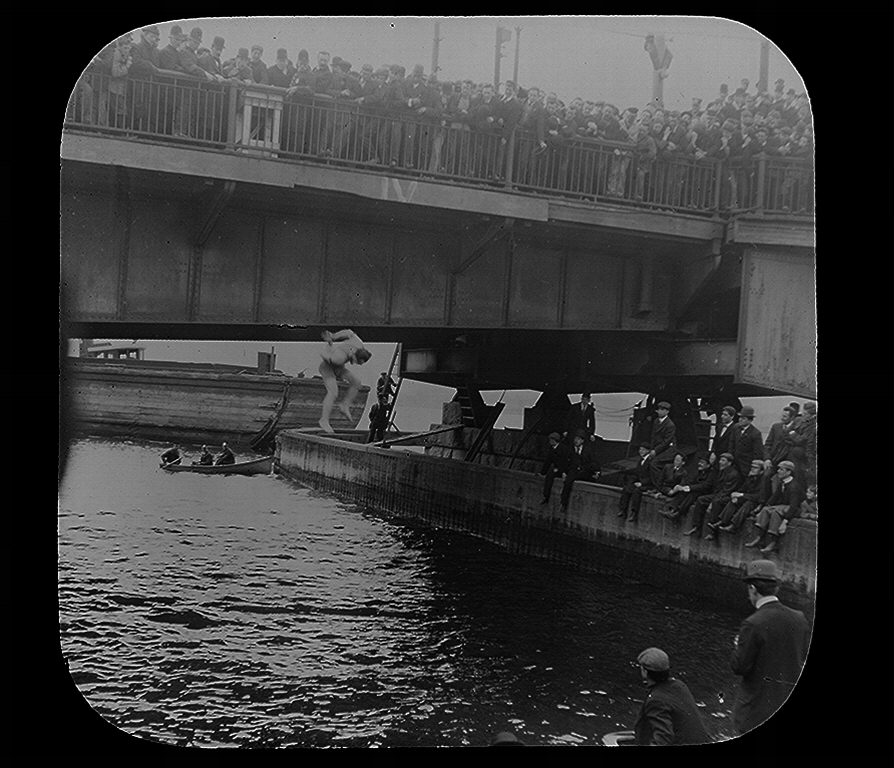 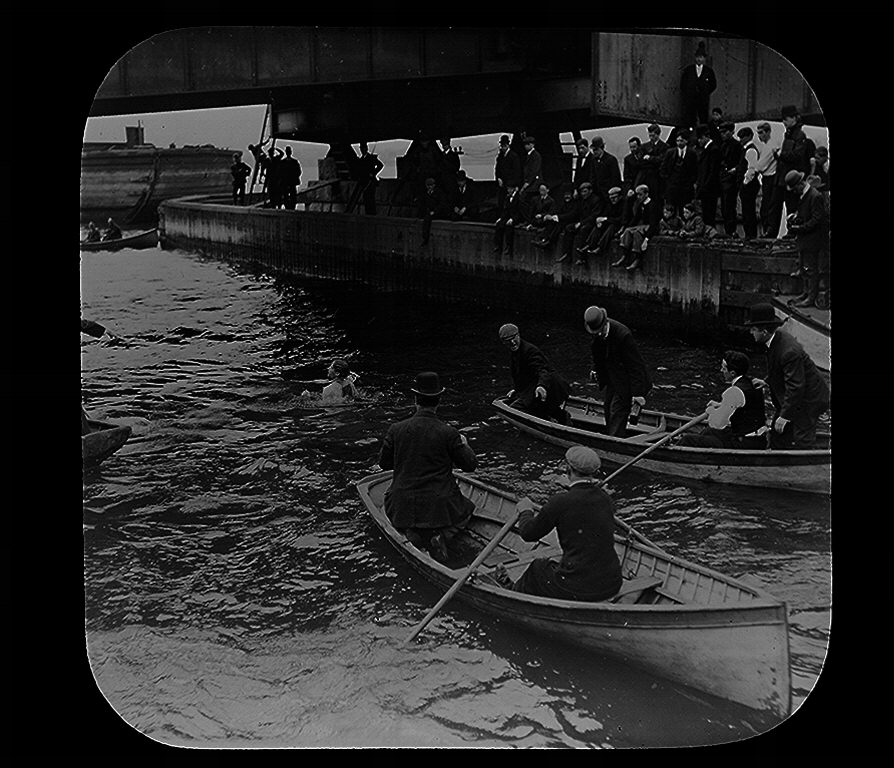 What better way to promote an upcoming performance in Boston than to be locked up in chains and take a 30-foot plunge into the Charles River?

That’s exactly what Harry Houdini did on April 30, 1908. (Spoiler alert: He lives!) Before two weeks of performing at Keith’s Theater on Washington Street, the master of the “Impossible Possible” decided to take his talent of escaping from handcuffs and chains a step further by doing so underwater.

Houdini stood at the edge of the Harvard Bridge—commonly referred to as the Mass. Ave. Bridge—and was shackled by a Boston patrolman. His hands were handcuffed behind his back and chained to a collar around his neck. According to a Boston Globe article chronicling the feat, a signal was tooted from a towboat, and Houdini went overboard into the chilly waters below.

“There is always the possibility that I will be unable to free myself, as one never can tell what will happen to a lock,” Houdini told the newspaper. “However, I am a good swimmer, have confidence in myself, and I hope to perform this feat successfully.”

The Globe estimated some 20,000 spectators gathered to see Houdini’s leap, including the mayors of Boston and Cambridge. They waited 40 seconds for the magician to resurface, which he did with the shackles in his hands.

A plaque commemorating Houdini’s jump is situated on the Boston side of the bridge, commissioned by Boston’s chapter of the Society of American Magicians.