The rising star reminisces about his concert past in Boston. 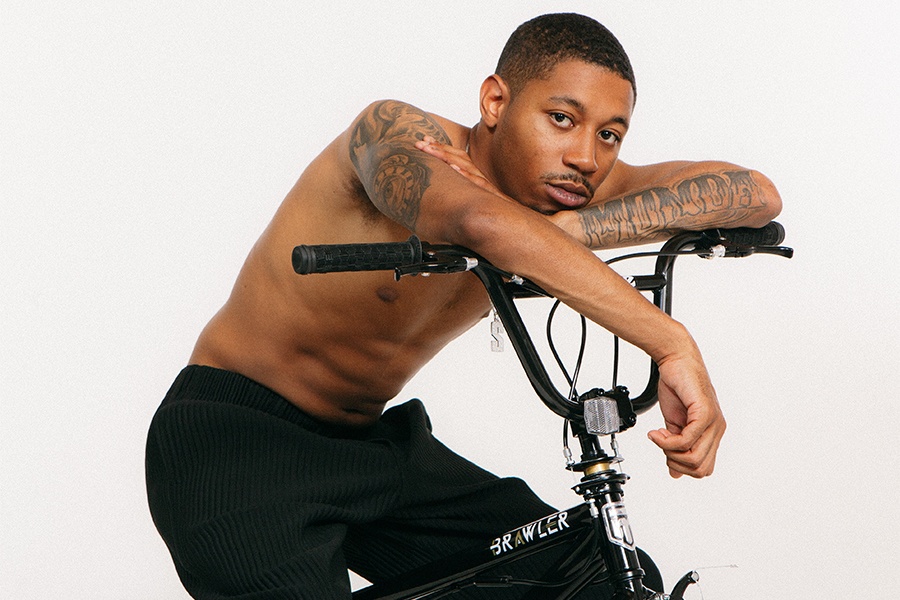 Beantown Uprising is more than another concert series highlighting some of Boston’s most prominent talent. It’s a celebration of the hip hop sounds that have saturated the city in recent years. Once known for its icy disregard of not just rap but urban culture as a whole, Boston is transforming into a place that unabashedly embraces its emcees.

The show, which is presented by Red Bull, will be held at the Artists for Humanity Epicenter, and performers include Van Buren (a music collective from Brockton consisting of Luke Bar$, Lord Felix, Jiles, Meech, Saint Lyor and Ricky Felix), Bearly Yvng (a DJ duo composed of Boston scene staples DJ Big Bear and Yvng Paul) and Where’s Nasty (a DJ and producer from Providence).

Michael Christmas, one of the city’s most distinguished voices when it comes to rhyming, will also take the stage. But at the forefront of Beantown Uprising is Dorchester native and hometown hero Cousin Stizz. After the release of his 2015 mixtape Suffolk County, he quickly became a rap sensation.

His latest album, Trying To Find My Next Thrill, was released last month and cleverly combines his lyrical aspirations with hypnotic beats. In short: It’s classic Stizz. He says he’s excited to perform his new material at Beantown Uprising and feels lucky to have garnered so much local support over the years.

“The city always supports me and I’m just super happy about that. And for me, Beantown Uprising was a no-brainer—I haven’t done a show with my boy Christmas in a minute,” he says.

Stizz has something of a Midas touch when it comes to filling local venues. He’s sold out places like the Middle East and Paradise Rock Club on multiple occasions. He’s also managed the rare feat of performing at Boston Calling two years in a row. But the rapper becomes particularly nostalgic when reminiscing about last year’s sold out House of Blues show (he also has an upcoming show at House of Blues this November that sold out).

“I try to keep my head down and stay focused on the bigger picture and the bigger plan…I try not to get too caught up on things selling out or numbers at all,” he explains. “But that one was special to me because I used to walk by that place all the time growing up. It’s just one of those traditional places in Boston and I never saw anyone I knew have their own show there. To have my own show and for it sell out…It was just a double blessing for me.”

Besides featuring some of the city’s most notable musical mainstays, Beantown Uprising also aims to showcase the intersection of hip hop and fashion. Bodega, your local high-end streetwear fave, will have its own build out and sell exclusive merch at the event.

As far as his set goes, Stizz doesn’t give too much away, but guarantees one thing: unforgettable appearances by some of his musical peers.