Movie Theaters Are Reopening in Boston. Here’s What You Need to Know

Blockbusters on the big screen are back on the menu. 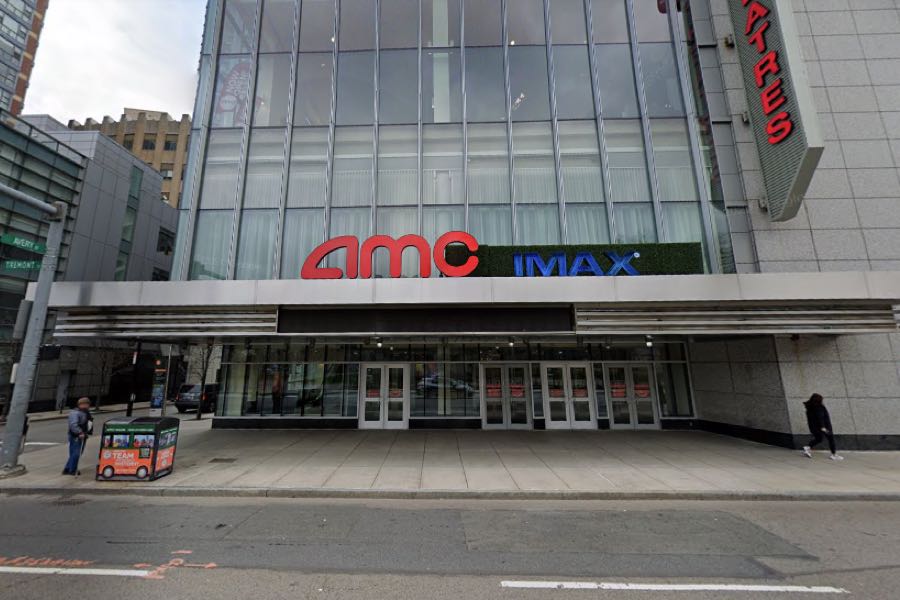 Movie nights on the couch no longer cutting it? Has the novelty of watching big Hollywood releases on the small screen—as many of the big studios have opted to do during the pandemic—worn off? Is the recent renaissance of drive-in movies not exactly scratching the moviegoing itch? For those eager to head back to the familiar comfort of an indoor cineplex in Boston, plentiful options now await you.

Lots of theaters around the city have begun reopening their doors. In the coming weeks, several more plan to come out of hibernation.

Things won’t be exactly as you remembered them, of course. You can expect to find much smaller crowds than is typical, for one. There are also fewer new releases dotting marquees, thanks to the industry-wide slowdown. You also may, or may not, be able to munch on popcorn and other flick-friendly snacks, depending on where you buy tickets.

The current state restrictions that will apply at any movie theater include a capacity cap of 50 percent, with no more than 250 people in a room at a time. Groups of more than 6 are off-limits. Masking is required unless eating or drinking.

Showtimes will be more limited than usual, and theaters are recommending viewers buy tickets in advance to ensure seats aren’t taken by the time you get there.

Restrictions are the same in Boston, but are tighter in Cambridge, where indoor capacity is capped at 50 people. Somerville has not yet allowed movie theaters to reopen.

Here’s the rundown on which theaters are open, which ones will be back soon, and which ones we’ll never see again:

Both the downtown and Dorchester locations of AMC’s movie theaters are open. Masks are required, except while eating or drinking. AMC also has fairly strict masking requirements that ban both neck gaiters and masks with valves, but the theater is also offering customers compliant masks on site.

The theater became the latest to open its doors on April 23. It will do so at the state maximum 50 percent capacity restrictions. Masks are required, but can be removed for snacking and drinking purposes.

The Landmark for now is the only theater open in Cambridge. It’s open at the maximum allowable capacity, and is offering a “limited concessions menu.” It’s also offering theater rentals for both movies and gaming.

For a quick dose of extra-large movie magic, the giant screen at the Aquarium is open and airing roughly 20-minute long films about nature. There are no concessions or outside food, and masks have to stay on throughout. Capacity is limited to 50 (the theater usually sits 378). The good news is you can go without having to get into the Aquarium first, which has been selling out its tickets days in advance.

The Brookline landmark, recently celebrated as one of the most beautiful in the world, announced that it plans to reopen on May 13. It will be open only Thursday-Sunday, with just one of its theaters, at 15 percent of capacity (so, 68 people will be allowed in its 440 seats), and no concessions will be served. As they’ve done for some time now, the Coolidge is also offering up its three smaller theaters for rentals.

We’re thrilled to finally to announce that beginning on Thursday, May 13, we’ll be welcoming you back to the Coolidge for a phased reopening: https://t.co/C5uR7nD9Tl pic.twitter.com/WqGaUILD5x

While it’s still keeping its audience of cinephiles satiated with a virtual screening room called Brattlite, the plan for now is to ease out of it shutdown with a soft open in June for members only. In the meantime, you can order takeout snacks from the Brattle concession stand from Friday-Sunday to spruce up your home viewings.

The old-school Cambridge standby remains closed, but says on its (also delightfully old-school) website that it plans to reopen in May.

The theater in Somerville is one of just 2 percent of AMC properties overall, and the only Massachusetts location out of 10, that remains closed, thanks to Somerville’s particularly stringent COVID rules. You can expect it to reopen whenever rules are loosened.

Also due to the city’s restrictions, the Somerville remains closed for now. For a time, the theater was running a virtual cinema, but that’s been put on hold as well. You can, however, still rent out the screening room at its sister business, the Capitol Theatre in Arlington. Or you can stop by the Capitol Creamery for ice cream or movie-style concessions.

Today is the perfect day to take a stroll that ends with a treat! We open at 3pm!

It closed in 2020 after more than 50 years of business in Revere. It does, however, plan to open a new location at the upcoming Hanover Crossing development.

ArcLight Cinemas at Hub on Causeway

The higher-end movie theater at the Hub on Causeway has closed for good, along with all of ArcLight’s movie theaters nationwide, the company announced in April. It had only been open since November, 2019. What’s in store for its 60,000 square feet of prime real estate remains to be seen.

Showplace Icon Theater in the Seaport

It also closed permanently in March, although public statements seemed to suggest it’s possible the theater might reopen at some point in the future with a new owner.