The Harvard law professor talks about free speech, representing Harvey Weinstein, his empathy for Aaron Hernandez, and his controversial ouster as a faculty dean for undergrads on campus. 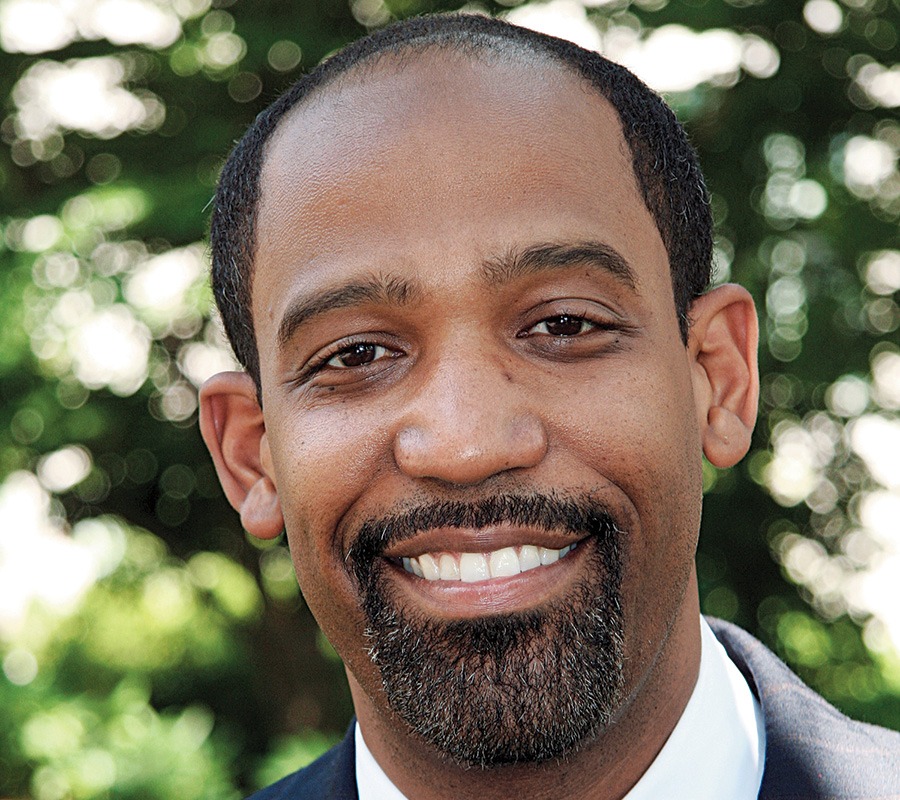 When word got out earlier this year that law professor Ronald Sullivan Jr. had joined Harvey Weinstein’s legal defense team, all hell broke loose at Harvard College. Students protested, #MeToo activists clamored, and the school administration ultimately terminated his appointment as the in-residence faculty dean of an undergrad dorm. But Sullivan—who’s spent his career securing exonerations for the wrongfully convicted and representing notable figures such as Aaron Hernandez—is no stranger to controversy. Which might explain why, as he prepares to move off-campus for the first time in 10 years, he was eager to meet in his office and talk about the circumstances prompting his sudden change of address.

Is Harvey Weinstein the most controversial client you’ve ever had?

You only have so much time, which means you have to pick and choose your cases. What criteria do you use to decide which ones you’re going to pursue?

I usually take on cases in which there is an issue that is important in the criminal law, and if the case can help to resolve that issue, then that case goes high on my list for consideration. I also take cases that are deemed impossible, where the defendants are written off as having no chance. My firm belief is that in order for the criminal justice system to work, lawyers have to take the sorts of cases where the majority of people have already decided the case. The third criterion that I use is if I just feel bad for someone. If people can get me on the telephone, or get an appointment, and I just feel bad about their story, then I’ll take on the case.

Why did you take the Aaron Hernandez case?

Aaron felt as though he had nobody, and that he had no hope. He contacted us through a friend and we went to the prison to see him. And one of the things that he communicated was that all of his friends had basically gone away except a select few. He felt incredibly alone, that nobody believed him and nobody would fight for him. I felt very sad about his situation, coupled with the fact that the media had already convicted him, so I was very interested in taking on that matter.

What was it about the Harvey Weinstein case that drew you to it?

The Weinstein case was the sort of case where he had already been convicted in the media. I think that’s a horribly dangerous precedent for our criminal justice system. It is the precise sort of case where the defendant needs the best possible representation. If we fall into the trap of convicting people without the inconvenience of a criminal trial, that will do huge damage to our civil liberties.

In advance of taking the Weinstein case, did you anticipate the negative reaction you received at Harvard that took place before the college took away your job as a faculty dean?

Let me narrow the question: There was controversy only at Harvard College. Things were fine at the law school, the business school, and the university generally. There was a narrow portion of Harvard College that reacted negatively to it. I was surprised at the reaction. I’ve represented a guy who had been convicted of murder. Now, does that mean I’m inattentive to assaults or murder? I’ve represented the family of accused terrorists. Does that mean that I’m insensitive to acts of terrorism? No. A lawyer is not an extension of the client.

Which case are you most proud of participating in?

Probably the case of David McCallum, a young man from New York who went to jail at 15 years old and spent nearly 30 years in prison. I worked on his exoneration, and we got him released from prison for a homicide that he did not commit. I imagine that, were I in that position, I would be incredibly bitter. But his spirit was just amazing. And that taught me a valuable lesson that no matter your circumstances, you have to be positive and forward-looking.

Why did you want to become a faculty dean in the first place when you came to Harvard?

My wife and I love students. And we love being scholar-mentors of students. It’s incredibly rewarding, and we have enjoyed every minute of it.

You’re originally from Gary, Indiana. That’s where the Jacksons grew up. Did you ever know any of them?

No, they were gone before I came around. Michael would have been six or seven years older than me. By the time I was really sentient, they were off to California. But my parents talk about watching the Jackson children in little community talent shows, at the high school, or down at the mall. They were a big deal locally before they became a big deal internationally.

When you first came to the Boston area, what took the most getting used to?

Rotaries. I have a vivid memory of coming to law school. My mom and I rented a van to bring all my belongings here. And we both thought we were going to die. We had never—I’m from a small midwestern town—encountered rotaries before. And from our perception at the time, it seemed as though cars were randomly coming from everywhere. We had no idea who had the right of way. The second interesting piece about moving to and now living in the Boston area is that my nickname is Sully, and it was my father’s nickname and my grandfather’s nickname. For as long as I can remember, my friends have called me Sully, and still do. Native Bostonians won’t do that. And I take it as being because I don’t look like a Sully; I don’t comport with the image of a “Boston” Sully. So everyone here on faculty calls me Sully, but native Bostonians who I work with vehemently resist using that moniker.

Does anyone ever call you Junior?

Going back to the situation at Harvard, you have said that you think there’s a racial component to the way that the college handled your removal as the faculty dean. Why do you think that?

That’s not precisely what I said. I would say that, look, I can’t get into people’s minds and I don’t have access to what is in their hearts, and I don’t find it a particularly useful exercise to speculate. What I do know is that the way in which the university decided this matter was quite unique. I don’t know the reason, but it was unique. It was handled differently than any other case in the history of the faculty deanship, in every respect. In the process, the outcome, everything was different.

How does it make you feel to know there were people who said they would feel uncomfortable coming to you in the event they were a victim of sexual misconduct or rape? Do you see how your involvement in the Weinstein case could be an issue for some young women?

So why do you think you were removed as a faculty dean?

The administration capitulated to the loudest voice in the room.

What is your take on this current moment in university culture and free speech?

I think our universities have adopted a consumerist model of education and abdicated their role to lead and teach and guide and mentor. That’s unfortunate, and potentially dangerous. Harvard College has a long and proud tradition, and I am confident that it will realize its better self.

How do you feel toward the college after this whole experience?

Harvard is my home: I am an alumnus of Harvard. I sit on the faculty. I’m going to do what I can to help Harvard College make better decisions in the future. But I’m not going to harp on the past. Fortunately, I have a very secure professorship at the law school that I love. So, in the scheme of things, I’m not going to harp on what happened with the college or certain administrators at the college. I’m going to be one of many to roll up my sleeves to ensure that the college achieves its ideals.

What is the thing you found most annoying about living amid a bunch of college kids? And what will you miss the least?

That’s funny, I don’t find anything annoying about it. But you know, when you are a public figure in any sense, you live in a fishbowl. One of the things that will be nice about returning to civilian life is having a good degree of privacy.

You have said moving forward that you are going to work to address issues of free speech and open discourse. What direction will that work take?

It will be a genuine cross-academy collaboration of people working to ensure that the university space remains a space of free, frank, and open dialogue. That’s something I’ve insisted upon for years, and circumstances have permitted me to now have a platform to help ensure that this university and others live up to their founding ideals.

You’re a lawyer who’s staked out his career on very progressive social-justice cases. With your involvement in the Harvey Weinstein case, though, it seemed as if your social-justice cred was being challenged. How did that feel?

But is it surprising, after all the progressive issues you have worked on, to find yourself championing free speech, an issue that on college campuses has been largely claimed by the right?

Wherever injustice exists, I find myself. And that’s how I’ll be until I draw my last breath.