Meet Oliver Mak, founding partner of Bodega. We caught up with him at the Shuck Parkinson's benefit held at the Samson Projects' gallery. To date, the benefit has raised close to $75,000 to help fight Parkinson's disease. 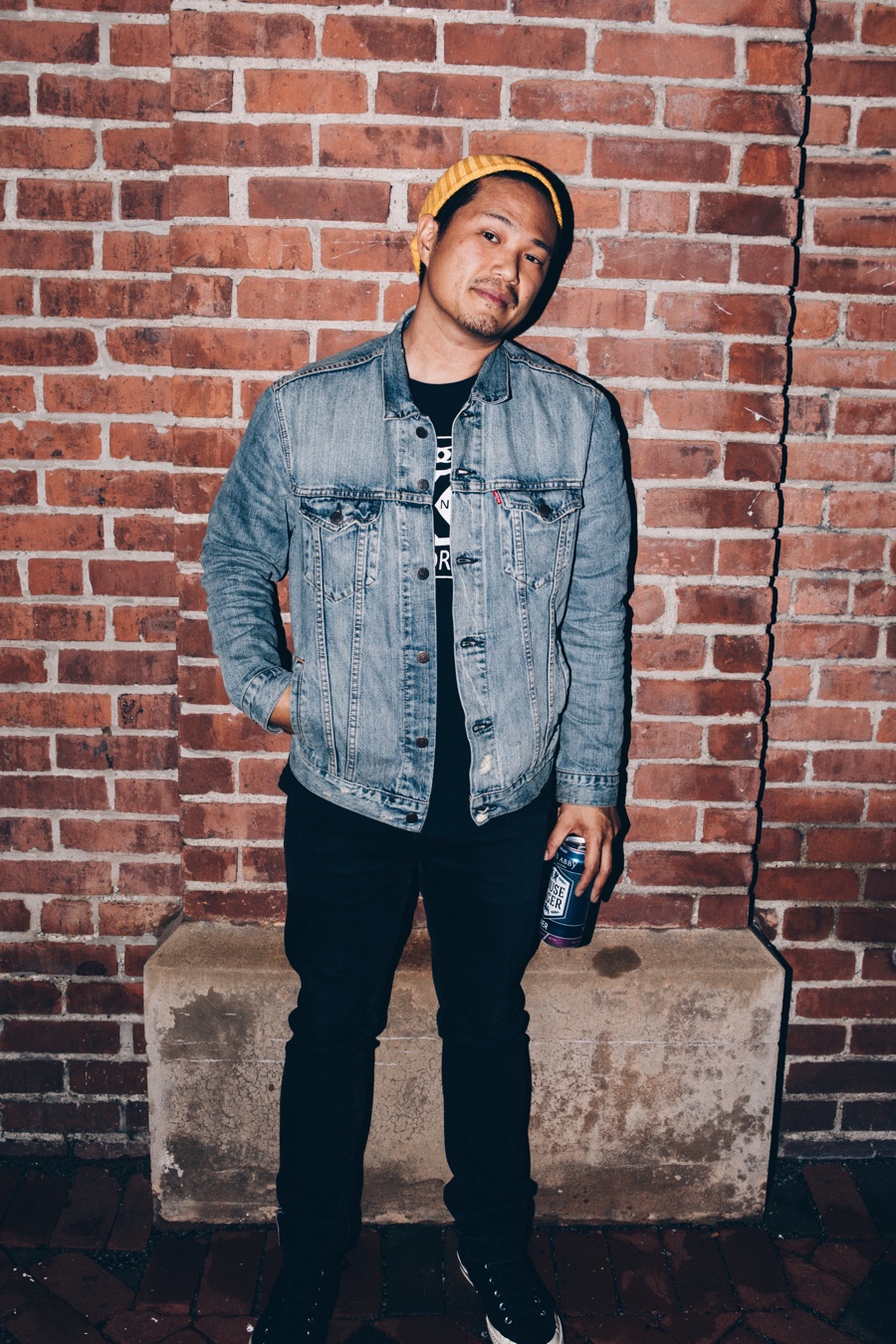 How would you describe your style? Neo soul.

Do you have any style icons? Bobby from Boston, Hiroki Nakamura, and OG Swaggerdick.

Where do you like to shop in Boston? Microcenter, Cheapo Records and Bobby from Boston’s invite-only warehouse in Lynn.
Where are you from originally? I grew up in Salem, New Hampshire, Queens and Boston’s Chinatown.
I’m also from southern New Hampshire! Oh word. There were a ton of bands in the Merrimack Valley area throwing shows at VFW halls. Most were hardcore, but I was in a punk/ska band named Late for Work. We ended up playing the city a bit including TT’s, Middle East  & Mama Kin. The band actually broke up at Mama Kin when our singer got too drunk and stripped naked at the show, to the bizarre taunting of his sister. Strangely enough, he was the most successful of us as a member of Lost City Angels.
That’s amazing. Why did you decide to live in Boston? I always came to Boston for all-ages shows at the Rat and The Middle East. I moved to Central Square after backpacking across Europe. The lead singer from my old band got me a job as a bouncer at the Middle East. Music and art always drew me to Boston.
You DJ as well, under the moniker DJ Gucci Vuitton, how did you get into that? Seeing turntablism and hip-hop live at the Middle East. The first show that I worked was Kool Keith and Ice-T on Halloween. I saw DJ Swamp set his turntables on fire later that year. I witnessed Edan juggle two records while rapping and heard “Uneasy Listening” by Z-Trip. After that, it was a wrap.
Tell me something else about yourself.  I’ve also been an art curator since 2008 at our gallery, the Fourth Wall Project. It actually won best of from Boston Magazine in 2010!  This year I started working with Pat Falco and the Distillery Gallery on fundraisers for humanitarian causes; we’ve helped raise money for Standing Rock and Puerto Rico.  I’ve also got to shout out the incredible public art projects that Street Theory Gallery has gotten me involved with. That mural jam at the underpass by Inkblock was a huge moment for street art. Lastly, I co-founded the Boston Art Book Fair with Randi Hopkins of the Boston Center for the Arts. Get involved!
To learn more about Shuck Parkinson’s, and to contribute to the fight against the disease, go to fundraise.michaeljfox.org/Team/View/47468/Shuck-Parkinsons.
Read More About:
You Might Also Like