How Did the Shoe Industry Get to Be So Big in Massachusetts?

You can't run away from the biggest names in sneakers. 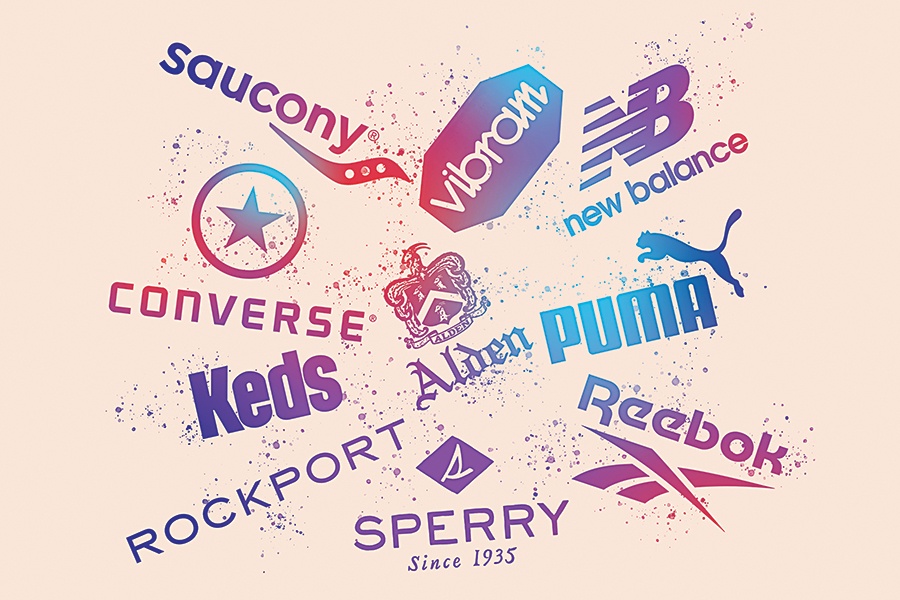 Getting ready for the fall, I went online recently to buy some new shoes for the family. As I was looking at styles from brands like New Balance, Alden, Vibram, Saucony, Reebok, Puma, Converse, Keds, Sperry, and Rockport, it hit me that all of these companies are based around here. How did the shoe industry get to be so big in Massachusetts? —P.F., Waltham

You know, P.F., I’ve often found myself wondering the same thing while I go for a run in my favorite Sauconys, lace up my kids’ Keds, or simply drive around in my car. After all, heading downtown on I-93 South, I can see Puma’s new North American headquarters emerging in Somerville’s Assembly Row, and rising beyond the Zakim Bridge is a majestic old brick colossus on Lovejoy Wharf sporting the massive Converse logo. And when I’m cruising along Route 128 through your town of Waltham, I always notice the American home office of a company you didn’t mention: Clarks, the British maker of those classic desert boots worn by the likes of Steve McQueen, Sarah Jessica Parker, and yours truly through college.

Massachusetts has indeed made history with footwear, dating to 1648, when local shoemakers and coopers formed our country’s first guilds to protect their trades. Then there’s Lyman Blake of Abington, who in 1858 created and patented the sewing machine that could attach the soles of shoes to separate uppers. Several decades later in Lynn, a Surinamese immigrant named Jan Matzeliger developed and patented the machine that would hold the shoe on a “last,” or mold, while the leather was stretched and the nails driven in, a revolutionary device that could increase production tenfold to 700 shoes a day. These events helped mechanize what had been a bespoke industry and made Massachusetts the epicenter of a seismic shift in shoemaking.

Starting around this time, a litany of brands emerged that are still with us today, from Etonic (founded in Brockton, 1876); New Balance (Belmont, 1906); Converse (Malden, 1908); and so on, with European brands such as Reebok and Puma joining in later. Of course, most of these companies don’t actually make shoes here anymore, but when a region becomes a nexus for an industry, it yields its own gravitational pull. Plus, our city now offers yet another draw: a glut of designers, ad agencies, and young urban professionals who love sports.

So after all of this complicated backstory, my answer to your question is simple: The shoe industry is here because it has always been here, and thankfully it never walked or ran away.