Photos: Boston Gets Ready for the Blizzard

We assembled photos from around Boston as the city prepares for a potentially historic snowstorm.

The Boston streets were unusually quiet on Friday morning as the city and its residents made final preparations for a blizzard that could dump up to three feet of snow and blast winds up to 70 miles per hour across the area.

Here are are a few photos from around the web—taken during a time when we could still see the pavement:

@Boston_to_a_T posted this Instagram photo of the Mass Ave MBTA station this morning: A bunch of people submitted their photos of grocery stories running out of supplies to WCVB and Universal Hub. Like this one, taken at the Porter Square Shaws by @BernieReeder: This morning, Jim Cantore and Al Roker stationed at the Boston Common with a yardstick:

Picture of @jimcantore, @alroker, and a giant yardstick, on the Boston Common earlier this morning. #nemo twitter.com/BostonTweet/st…

Roker followed it up with this pretty, geometric view of the Common:

The MBTA tweets a photo of this machine that will clear snow during the storm:

An #MBTA hi-rail cold air blower which will be used to clear snow during the storm twitter.com/mbtaGM/status/…

Everyone's rightly comparing this storm to the Blizzard of '78 (check out this Boston.com slideshow for photos), but the Boston Public Library updated its Flickr photostream with Boston snow photos from an earlier time. Here are a few: 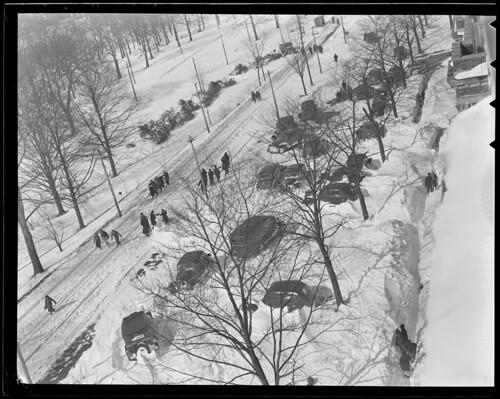 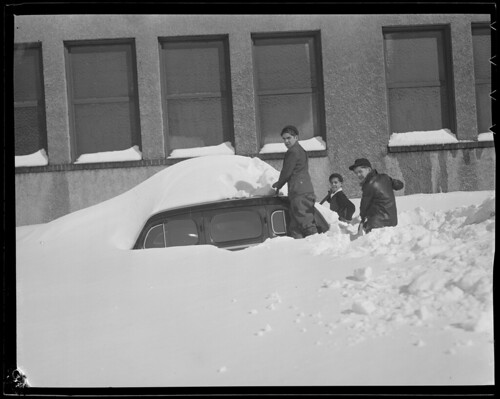 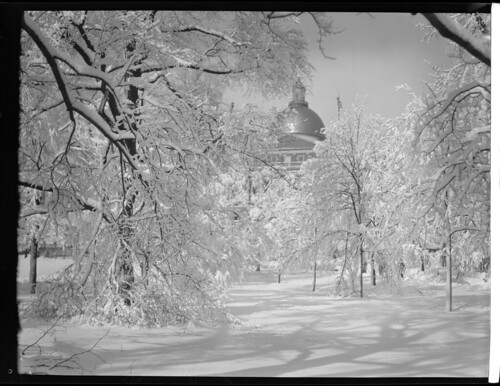 And finally, the inevitable Nemo joke making the Twitter rounds that's only funny until the power goes out:

Be sure to heck out these ways to track the storm on your own.