Refugees, disability advocates, and ACA supporters are among those on the Democrats' guest lists. 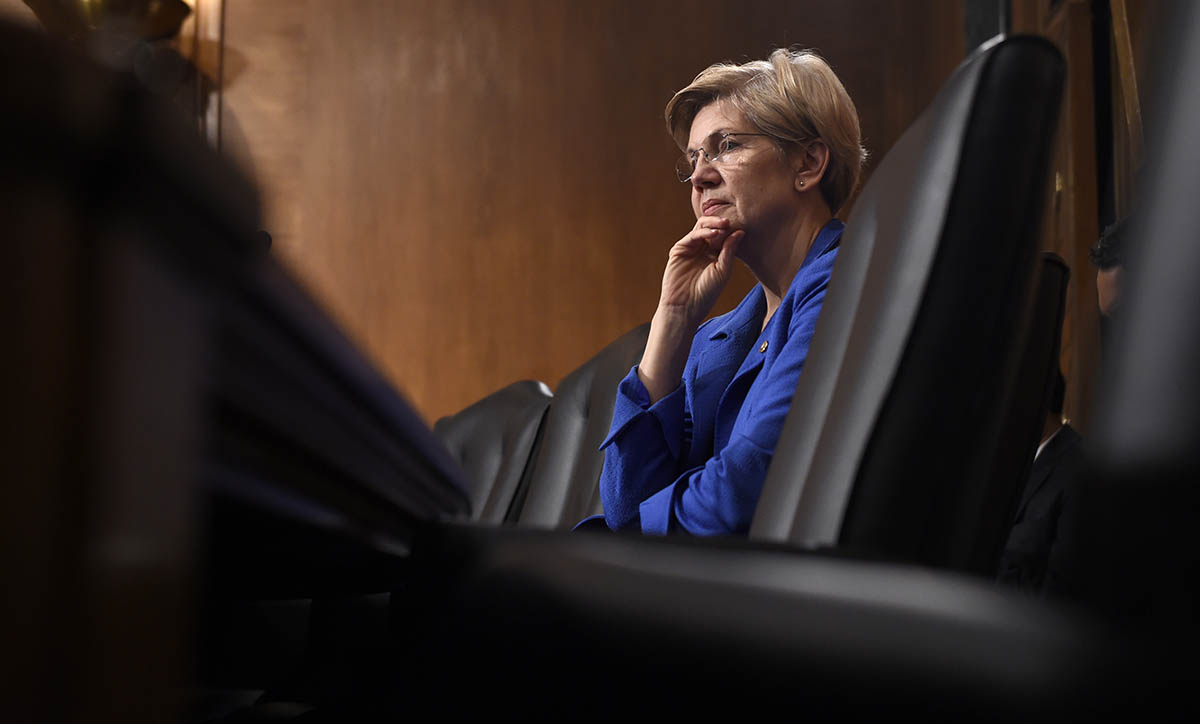 President Donald Trump will address a joint session of Congress for the first time Tuesday night, and a number of Democratic lawmakers plan to make a statement their guest lists.

Sen. Elizabeth Warren will bring Tiba Faraj, an Iraqi refugee who gained U.S. citizenship last year. Faraj’s family fled to Jordan in 2006 after her father was shot and disabled while working for a development organization in Iraq. They arrived in Lynn in 2010 following “extensive screening,” and have since moved to Boston. Faraj is now a  junior at UMass Dartmouth, studying accounting and international relations.

“Like many before her, Tiba came to America seeking a better life. Since arriving in Massachusetts, she has become a valued member of her community, through her commitment to volunteer work and academic excellence,” Warren said in a statement. “Tiba’s courage, resilience and optimism embody the very best of the American spirit. Our strength as a country is rooted in our diversity, and Tiba’s many contributions have made us that much stronger.”

“I want Trump to know that he’s not just addressing Congress; he’s addressing families at home who are hurt by his divisive policies,” Clark said in a statement. “Veronica’s leadership has been critically needed as Trump’s dangerous, anti-immigrant promises are pushing families, including victims of abuse and other crimes, deeper into the shadows. Her life’s work exemplifies our proud history and the generous nature of those who call the Commonwealth home.”

In Connecticut, Sen. Chris Murphy has invited Griffin Hospital president Patrick A. Charmel, a vocal proponent of the Affordable Care Act, which Trump has vowed to dismantle. Sen. Richard Blumenthal’s guest will be Hewad Hemat, a University of New Haven security guard and a former interpreter for the U.S. Army in Afghanistan. Rep. Rosa DeLauro will bring Fadi Kassar, a Jordanian man whose wife and children were detained at JFK International Airport following Trump’s executive order barring travel from seven Muslim-majority countries.

Rep. Chellie Pingree, a Maine Democrat, has invited Banah Al-Hanfy, the daughter of an interpreter for the U.S. military in Iraq, who was blocked from boarding her flight from Baghdad to Maine as a result of Trump’s Muslim travel ban. Pingree’s office worked with federal agents and several airlines to coordinate Al-Hanfy’s return earlier this month.

“I am appalled that one of President Trump’s first actions resulted in so much stress and fear for Banah and her family. There was simply no excuse for what happened to Banah—she had the correct paperwork and legal status,” Pingree said in a statement.

“Like so many of my friends and colleagues, I have been shocked and frightened by how Donald Trump conducted himself as a candidate and how he has governed as President,” Chartier said in a statement. “As a woman with a disability, an artist and the director of an arts-education non-profit, I hope that my attendance will show the President that Americans like me will not just stay at home and let him undo all of the progress we have made in recent years. America is our country too, and we deserve a voice.”

Trump and First Lady Melania Trump have invited three relatives of victims of deadly attacks committed by undocumented immigrants, to push for stricter limits on immigration. They have also invited the widow of Supreme Court Justice Antonin Scalia, as well as Megan Crowley, a 20-year-old student at Notre Dame who was diagnosed with Pompe disease as an infant and given just two years to live.