Rail service returns to the neighborhood. 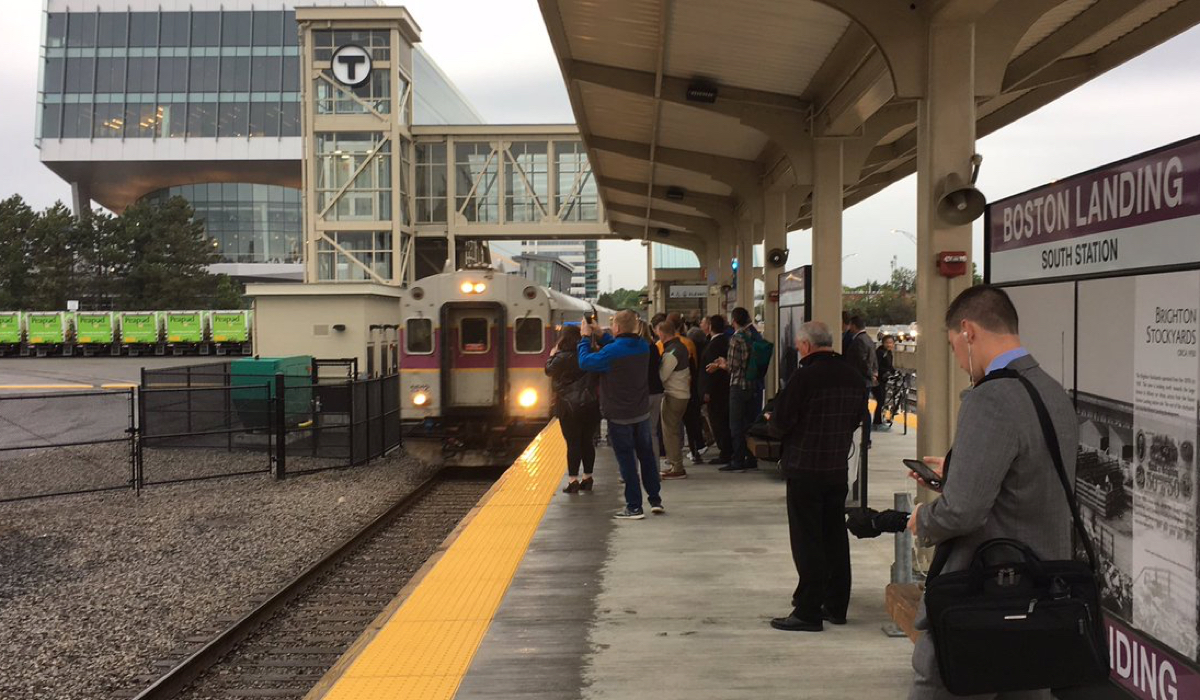 The $20 million station was financed and built by New Balance in order to attract visitors to its transformational Boston Landing development in Brighton. New Balance will also cover the station’s maintenance costs for the first 10 years.

The first inbound train to stop at Boston Landing is now approaching. ^JM

Train 587 has departed South Station and will be the first outbound train to make a station stop at Boston Landing.

“You’re not going to be able to attract the best and the brightest and treat this as a destination unless you provide a reason for people to be out walking the streets,” Keith Craig, NB Development’s infrastructure expert, said in April. “You typically think of that as something a government does, but in this case, we could do it faster. We wanted to do it our way.”

Earlier this month, the T announced that the “Heart to Hub” express train would depart Worcester at 8 a.m.—five minutes earlier than before—in order to accommodate the new Boston Landing stop.

At risk of placing a hefty hex on the whole endeavor, the Boston Landing stop appears to be enjoying a smoother first day than the Yawkey stop’s 2014 grand opening, when a signal problem mucked up the inaugural run of the Framingham-Worcester line’s revamped schedule, resulting in delays.