Most Crosswalk Buttons in Boston Don’t Actually Do Anything

Your suspicions have been confirmed: Most signals are just on a timer. 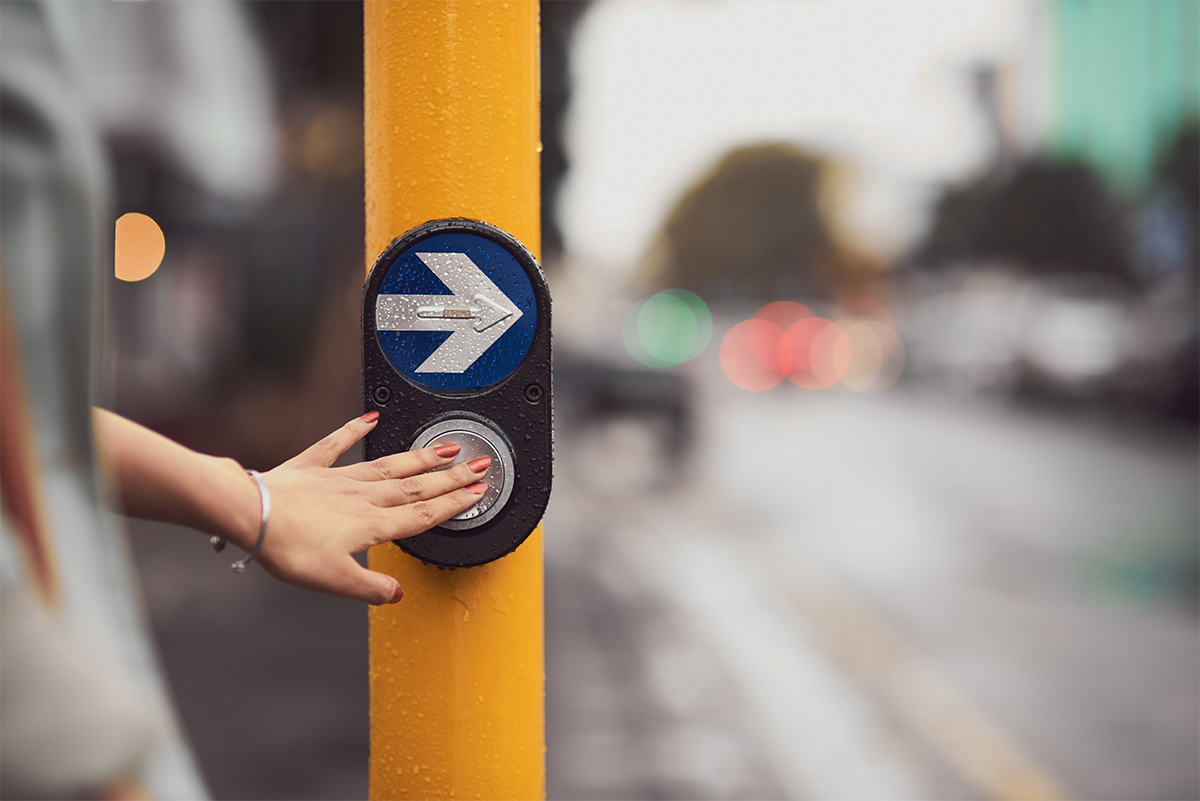 We’ve all been there: It’s raining, you’re late for work, but you’re stuck at a crosswalk and despite your urgency, the crosswalk has yet to give you the go-ahead. Bad news. Despite how satisfying it is to mash the button, it’s not going to make the walk signal appear sooner. The Boston Globe reported Monday that crosswalk buttons around the city actually do nothing to help you cross the street faster. For crosswalks located in pedestrian-heavy spots around Boston, including Back Bay, the North End, and the Financial District, the signals have set interval schedules to try to keep the traffic flow in order.

It hasn’t always been like this, though. The buttons were installed decades ago when pedestrian and vehicle traffic was congesting the streets significantly less than they do now, the Globe reports. Areas beyond downtown where traffic is less concentrated still have effective crosswalk buttons, and sometimes crosswalk buttons downtown work during the nighttime, past peak hours. Most of the ineffective buttons remain because of high removal costs. However, these buttons are not all as useless as you might be thinking—some have been updated with devices that can produce audible messages or chirping sounds to safely direct visually impaired pedestrians.

Skeptics out there are probably saying they called it, while those who thought repeatedly hitting the button actually made the light change might feel deceived. Whichever side you’re on, remember next time you’re at a crosswalk that pressing the button to reduce your wait time probably won’t work. Unless it’s nighttime. Or you’re in the middle of nowhere, in which case you’ve probably already jaywalked.